Why dealers are selling used cars with 150,000 miles and beyond

More and more, older, very-high-mileage used vehicles are being offered by the nation's franchised auto dealers.

There's a decades-old General Motors-powered vehicle sitting on the surface of the moon that has traveled fewer miles than the black 2013 Chevrolet Tahoe LT that was offered for sale in April at Napleton Chevrolet-Buick in Columbus, Wis.

GM engineered and provided the powertrain for the lunar rover that NASA sent 238,900 miles to the moon in July 1971. The Tahoe at Napleton had seen 313,761 miles pass under its wheels. The Tahoe's upholstery showed little wear. There were no dings, dents or rust visible. The paint shone. Condition of the lunar rover: unknown.

The used-car inventory at Longo Toyota in El Monte, Calif., has included a number of vehicles whose odometers have climbed deep into six figures. They included a 2008 Toyota Corolla with 195,793 miles, a 2004 Infiniti G35 with 196,497 miles and a 2016 Toyota Prius with 360,117 miles — equivalent to more than 14 trips around the world at the equator.

A scan of used vehicles for sale at franchised new-car dealerships around the country showed there's a change afoot. High-mileage vehicles taken in trade used to be automatically disqualified for retail sale at such dealerships. Vehicles with 150,000 miles or more usually were shipped to auctions, where they were snapped up by the independent dealers who operate buy-here, pay-here lots. Not anymore.

Data from a Cox Automotive analysis of used-car listings on Autotrader and Kelley Blue Book shows the number of super-high-mileage vehicles for sale — from all sources: private sellers, used-car lots and new-car dealerships — has been growing, up 7 percent in March from December. Although it was down year over year in March. 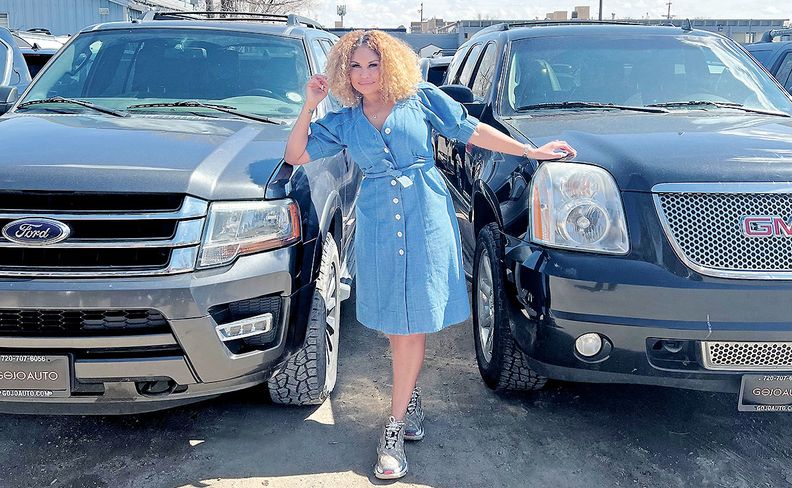 Independent dealers are seeing the prices they pay for older, high-mileage vehicles skyrocket as inventory-strapped new-car dealers try to fill their empty lots.

"200,000 miles is the new 100,000 miles for a lot of people," said Brian Moody, executive editor of Autotrader. "It's completely common for something like a Chevrolet Tahoe or a GMC Yukon to have well over 200,000 miles and still sell for a decent amount of money."

The population of super-high-mileage used vehicles appearing for sale at new-car dealerships is increasing, in part, because:

While some franchised dealership groups began raising age and mileage limits of the vehicles they were willing to retail more than a decade ago, the industry's embrace of very used cars has spread to more groups and picked up considerable steam since the current inventory shortage began.

Dealers are learning that super- high-mileage vehicles with documented repair and maintenance histories, no accidents and in need of only minor cosmetic and mechanical work can be profitable.

At Lexus of Seattle in Lynnwood, Wash., a shiny silver, three-owner 2005 Lexus GX 470 SUV with an asking price of $14,350 looked like a great deal in today's market. It had been driven 202,568 miles but had a clean Carfax report showing 53 service history records for factory-recommended maintenance and repair of a few broken components.

SUVs known for reliability and durability, such as the Lexus in Washington and the Chevrolet in Wisconsin, says Moody, are perfect examples of high- mileage vehicles that new-car dealerships can sell profitably.

This Suzuki Grand Vitara, above, was one of several older used vehicles for sale at Royal Oak Ford. A Ford Fusion, right, was offered with a copy of its original window sticker and a clean history report. PHOTO: RICHARD TRUETT

Super-high-mileage vehicles, no matter the brand, carry at least two risks for dealerships: financial and reputational.

At LaFontaine Buick-GMC of Highland in Highland Township, Mich., a three-row 2013 GMC Acadia with 270,407 miles sat on the lot for 90 days. Despite having a price of just $9,650 and garnering significant interest, with a click-through rate of 53 percent on the online ad, it didn't sell.

Before the Acadia reached the store's front line, technicians checked it bumper to bumper, took it on extended test drives and verified all systems were in good condition. 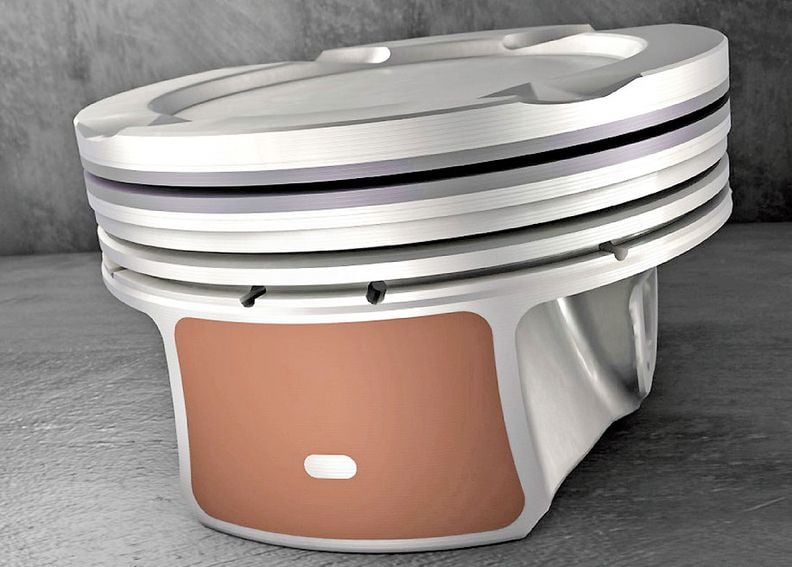 Chemistry, maintenance are keys to longevity

Vehicles last longer today in large part because of changes made at the molecular level. Everything from rustproofing to leakproof engines traces back to chemistry.

After the technicians gave the GMC the thumbs-up, the store reconditioned it at a cost of more than $2,000.

No way the store would gamble its reputation by selling a vehicle it didn't trust, says Paul Householder, the store's fixed ops director. "It has to be safe. We look at it as if our mother or grandmother could be driving that car," he said.

At Napleton, Used-Car Sales Manager Greg Kraft said the store would give its 313,000-mile Tahoe 60 days to find a buyer before managers would discuss its disposition.

Kraft says he has no doubt the vehicle will be reliable. Wisconsin requires a thorough safety inspection, he said, which the vehicle passed. After that, Napleton's technicians dug deeper to ensure the Chevy's oil pressure — a key indicator of engine condition — was within factory specifications and that the transmission, exhaust, electrical and emissions systems were not worn out.

"It was in pretty good shape to begin with. The guy took good care of it," Kraft said. The service department, he said, replaced the Tahoe's lower control arms and ball joints and gave it a thorough cosmetic reconditioning before moving the big SUV to the front line. Despite interest and a price tag under $10,000, this 2013 GMC Acadia with 270,407 miles at LaFontaine Buick-GMC in Michigan didn’t sell. PHOTO: RICHARD TRUETT

"The lack of vehicles out there for sale right now influences what I keep," Kraft said. But even after the new- and used-car market returns to normal, he plans to selectively offer high-mileage vehicles that are in excellent condition.

"There's always families with a few kids who can't afford a new vehicle," Kraft said, "but they still need something dependable."

It might be Toyota's reputation for long-term reliability that helped move two super-high-mileage used cars this year at Sun State Ford in Orlando. A 2006 Tacoma with 204,000 miles and a 2013 Prius with 180,000 miles sold quickly, Used-Car Director Anthony Silvio told Fixed Ops Journal, a sibling publication of Automotive News.

Moody says Honda, Toyota, Buick and Lincoln are some brands with a reputation for long-term reliability. Honda has extended the age and mileage for vehicles that qualify for its CPO program. 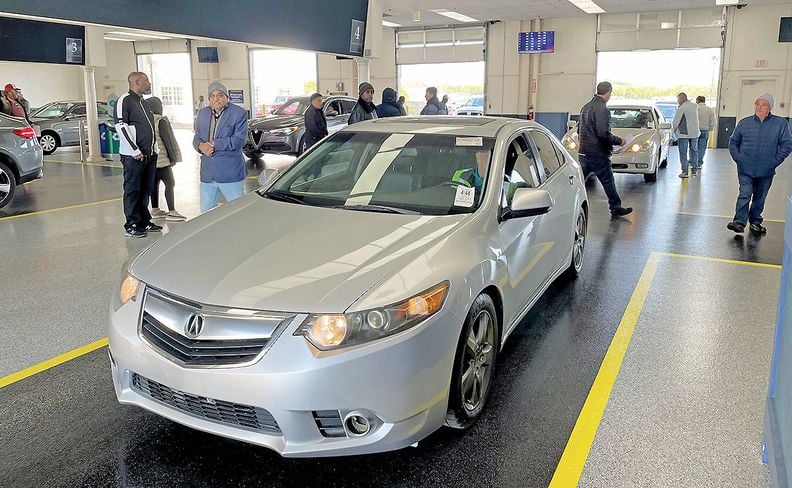 Dealers are paying big premiums at auction and searching inventory channels left and right for vehicles that can be made ready for the front line.

"These vehicles have always been out there. It's not like all of a sudden these high-mileage vehicles exist," said Anthony Greenhalgh, director of marketing and sales operations for Rapid Recon.

"But independent dealers were capturing that business. Now, new-car dealers are asking, 'Why should we give up that business?' " added Greenhalgh, whose company's software streamlines the used-car reconditioning process at dealerships.

He says any super-high-mileage vehicle offered at a franchised new-car dealership has to appeal to all buyers, so it must be mechanically sound as well as clean and odor-free. 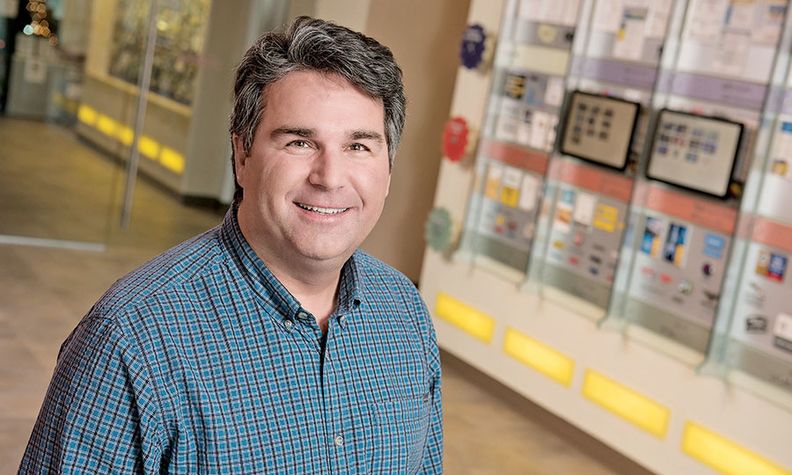 Carfax can make or break a vehicle's next stop

Carfax's Scott Fredericks talks about how consumers use the company's reports and what their top priorities are when scrutinizing a vehicle.

Dealers admit they have to work harder to sell vehicles with hundreds of thousands of miles. Using paintless dent removal, replacing worn-out icons on buttons, removing stains and cleaning the upholstery are some of the ways higher-mileage vehicles are rehabbed before being listed for sale.

Many potential buyers are fixated on miles when they look at ads and move on quickly when they see high-mileage vehicles. One way to combat that, experts say: Post plenty of pictures of the vehicle online and a clean vehicle history report.

That's partially what helped convince Moody, the Autotrader executive, to make a used-car purchase of his own recently: He bought from an independent dealer a 2006 Saab convertible with more than 100,000 miles on the odometer. 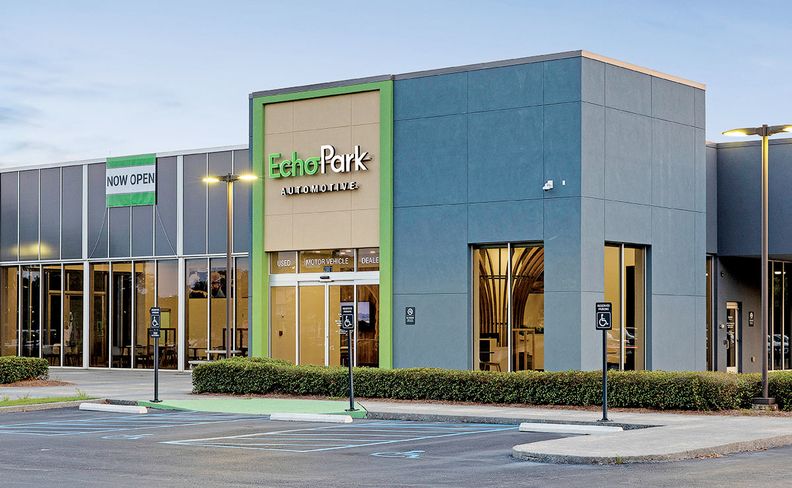 EchoPark is now on the hunt for cars up to 8 years old and might even bump that to 10 years depending on how successful it is at filling lots with its new approach.

Use of editorial content without permission is strictly prohibited. All Rights Reserved.