Editor's note: An earlier version of this story should have reflected that, with multiple stops along the way, Gatik’s vehicles can drive routes as long as 200 miles.

Most of his counterparts in the self-driving industry chase a moonshot, making enormous efforts to develop systems capable of handling complicated traffic scenarios in an almost-limitless number of areas.

Gautam Narang has no such ambitions.

Instead of building an automated driving system that operates in all conceivable situations, the co-founder and CEO of Gatik, a short-haul autonomous trucking company, aims to build one that works extremely well for a specific use case. The most vexing challenges in the broad AV realm? Leave those for others.

Since Gatik's inception in 2017, the Palo Alto, Calif., company has defined that problem as the "middle mile." Somewhere between long-haul trucking on interstates and customer-facing delivery routes, there will be a need for autonomous vehicles that connect warehouses and microfulfillment centers with retail stores and distribution centers, Narang and his co-founders envision.

Today, the potential of self-driving technology for goods hauling is gaining traction, with the likes of Waymo and Aurora Innovation accelerating their efforts alongside truck-focused startups such as TuSimple, Plus.ai, Ike, Kodiak Robotics and Embark. And last-mile delivery robots are proliferating, especially amid the COVID- 19 pandemic.

“It’s all got legs,” said Richard Bishop, lead for automated driving strategy at Bishop Consulting. If you can do the tech, then the business case is pretty clear.” 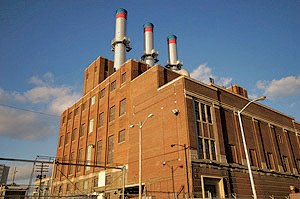 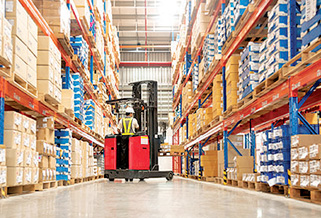 Factories make products, which travel by truck and train to warehouses or distribution centers. There, they are sorted and shipped to stores, where shoppers buy them and take them home. 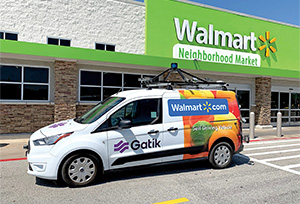 Gatik has been working with Walmart on its "middle-mile" solution for automated box trucks to travel relatively simple routes from regional storage sites to retail locations. 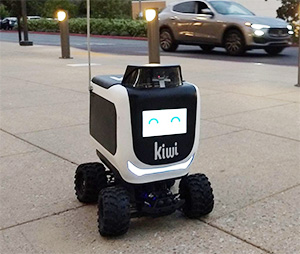 Kiwibot operates partially automated vehicles that provide at-home delivery as an alternative to in-person shopping or human-driven trucks. A new deployment in San Jose, Calif., allows the bots to travel on sidewalks for better service and operations.

But three years ago, a time when the promise of robotaxis dominated self- driving discussions, the underlying technology's role in logistics seemed less evident. Narang and his co-founders, chief engineer Apeksha Kumavat and chief technology officer Arjun Narang, who is Gautam Narang's brother, saw a window in the market as retailers built fulfillment centers closer to their end customers as online grocery pickup and delivery trends took shape. That foresight has paid off. Late last month, Gatik marked the one-year anniversary of its partnership with Walmart, in which it deploys a range of autonomous vehicles to help the retail giant move goods in Bentonville, Ark., where it is headquartered.

Elsewhere, Gatik has vehicles on the road in Palo Alto and Toronto. It says it is working with other Fortune 500 companies and has driven more than 50,000 autonomous, revenue- generating miles, albeit with a human safety driver still aboard. Narang says COVID-19 has brought a surge in orders of 30 to 35 percent and that more partnerships will be signed within a matter of months.

"These aren't short-term pilot projects," Narang said. "These are multiyear deals with contract value in the millions."

“We don’t care about solving hard problems in the autonomy space. ... What we care about is introducing all the constraints that we can.” Gautam Narang, CEO, Gatik

At the heart of Gatik’s growth is the company’s strategy of focusing on fixed, delivery repeatable routes that are roughly 10 miles long, though the trucks can go as far as 200 miles on a single route that contains multiple stops along the way. The vehicles use the right lane as often as possible and make as many right turns as possible to maximize safety and efficiency and mostly avoid more complicated maneuvers, such as unprotected left turns.

Those sorts of restrictions might annoy human passengers but are of little consequence in a logistics-only operation.

"We have the luxury and benefit of choosing our own routes, and this is not possible if you have people on board," said Narang, a former visiting researcher at Honda Research Institute near Tokyo and a Carnegie Mellon University graduate. "We don't have to worry about lane changes or solving for unprotected left turns. We don't care, as long as goods get transportation from pickup locations to drop-off sites."

Because Gatik understands its routes so well — and the potential pitfalls along them — its contingency plans include preprogramming designated spots where the vehicles can pull over in the event of unforeseen problems.

Further, Narang says software engineers can break down the driving task into smaller deep neural networks that handle specific turns or traffic intersections. By designing a system that is learning-focused in bite-sized segments, Narang says, Gatik can achieve a high level of performance with minimal data inputs.

Gatik's vehicles range in size from Ford Transit Connect small commercial vans to Class 6 trucks, and the vehicles can travel up to 400 miles daily between hubs and stores.

Just as Gatik has partnered with retailers, it expects to partner with automakers so they can build trucks into which Gatik's self-driving system can be easily integrated, which will likely include hybrid and electric models.

Few expect self-driving technology to be ready for the road without safety drivers anytime soon. In a July report, global technology consulting firm Gartner said automated vehicles were more than 10 years from penetrating 20 percent of the market. But with routes established, vehicles considered and complications constrained, Narang believes Gatik is closer than many realize.

"This is the low-hanging fruit," he said. "We can target this in the near term and really scale this."

"You are simplifying your world by not doing B2C," he said. "Then you have regularity in planning in terms of original and destination points rather than a different doorstep every time. They're reducing complexity, and that tells me 'quicker to market.'"

Female drivers more likely to be hurt in crashes