GM took a baseball bat to the new Sierra

Editor’s note: This story will be part of a special section focusing on 15 emerging materials that are solving auto industry needs, to be published in the Aug. 5 issue of Automotive News.

Hitting an unlined pickup bed with an aluminum bat typically would result in significant dents and a lofty repair bill.

But not in the case of General Motors' available carbon-fiber pickup box that debuted for the 2019 GMC Sierra. Instead, it meant buying a new bat.

GM has made a bigger commitment to carbon fiber in the new Sierra, with the latest version developed with Continental Structural Plastics, a subsidiary of Japan's Teijin. The carbon fiber box weighs 25 percent less than a traditional steel bed. It is offered exclusively as part of a CarbonPro Edition on the Sierra Denali 1500 and the Sierra AT4 1500 starting at nearly $67,000.

GM doesn't expect its customers to imitate singer Carrie Underwood in the song "Before He Cheats," smashing her boyfriend's pickup with a Louisville Slugger. But taking a bat to the truck was one of several steps engineers took to test the durability and strength of the new part. Other tests included dropping or throwing objects such as cinder blocks, 1,800-pound loads of gravel and 450-pound water-filled steel drums into the bed from varying heights.

Duncan Aldred, global head of GMC and Buick, has referred to the box as being "basically indestructible."

"You're getting absolutely state-of-the-art technology here with true capability," he said.

Production of the box is similar to that of a traditional steel box but includes presses and other equipment developed for carbon fiber, including a massive, GM-owned 3,600-ton press that makes the box's main components, including the bed and sides.

The technology is expected to expand to other brands and other applications. 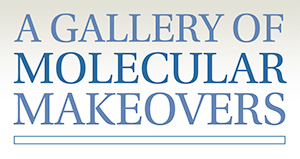 MATERIAL SCIENCE REVOLUTION: New market challenges are sending researchers back to the lab to explore different materials to build vehicles. These automakers and suppliers are commercializing the innovations.
Material Science Revolution >

Detroit 3 sticking with AM radio

Detroit 3 sticking with AM radio