Two years of disruptions caused by the pandemic, the microchip shortage and a wide range of supply chain challenges are prompting automakers and suppliers to pursue a better sense of where their parts are.

More than two years into the COVID- 19 pandemic, and nearly that long into the global microchip shortage, auto companies are taking stock of their suppliers to determine ways to stay on top of an unprecedented barrage of supply chain woes.

Companies and governments figuring out how to gain greater visibility into incredibly complex automotive supply chains has become a major topic as the industry grapples with the challenges in front of it. Twenty years ago, an automaker or Tier 1 supplier might not have known or cared where certain raw materials were sourced by Tier 2 suppliers, or from where the widgets that get built into a larger component on the other side of the world originated.

While occasional regional issues would flare up because of a natural disaster, labor strike or political crisis, the global supply chain largely hummed along smoothly. But COVID-19 upended everything, causing massive ripple effects as factories shut down and parts once taken for granted became much harder to come by. 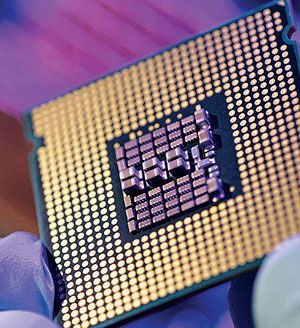 Automakers, suppliers and governments are trying to better understand where parts and subcomponents are being sourced from and where trouble might be brewing in the supply chain. The effort has intensified amid 2 years of production and logistics issues, including:

"Overall, the supply chain has been very stable for decades," said Dan Hearsch, a managing director in AlixPartners' automotive and industrial practice. "It took a global natural disaster to really shake the foundation.

"We know we can't rely on the old playbook anymore, so we have to have better systems to give us visibility and confidence that the suppliers are managing their risks."

Automakers and Tier 1 suppliers have been seeking ways to gain greater insights into their supply chains and a better understanding of where problems are occurring and in what ways their production will be impacted.

But that's easier said than done.

As supply chain troubles began to mount for German parts giant ZF Group in late 2020, ZF's advanced driver-assistance systems and electronics group put together a task force to keep track of the latest developments. But it quickly became clear that would not be enough, said Rebecca Streng, vice president of supply chain management for ZF's advanced driver-assistance systems and electronics division.

"We realized our traditional tools were not satisfactory to manage this situation," she said.

The ZF team developed a prototype for what would become its customer tracker tool, which utilizes the company's build plans, looking at data on incoming supply through Microsoft's Power BI data visualization software to help managers know when and where to expect parts shortages.

"If the root cause of an issue is that supplier X is having COVID issues in China or Malaysia, we try to take that information and communicate it to the team to see if that is going to hit us in other places," Streng said.

ZF is not alone in building out such a system.

He said the importance of data-driven early warning systems that can identify problems in the supply chain before they impact parts deliveries to automakers are becoming increasingly important. Bosch uses predictive analytics, artificial intelligence and historical models to try to stay on top of things, he said.

"We're looking at being able to predict and forecast demand beyond what our customers can even give us," he said.

"We're trying to be more collaborative with suppliers, and that includes engagement from our OEMs. We're still trying to get our OEMs to give us forecasts beyond 52 weeks," he said.

Thoughts on the future supply chain TIM THOPPIL, Partner at Umlaut, part of Accenture: “What we’ve been experiencing with supply chain disruption lately is also due to a lack of transparency. Suppliers upstream are not necessarily sharing a lot of information with each other, and the question is, why? We have the technology, but many suppliers haven’t bought into the concept of providing more transparency yet.
“And really, few suppliers, especially someone as powerful as a $20 billion or $30 billion company, are going to say, ‘Here, OEM — take all my information.’ There will need to be a little bit of a give-and-take. The OEM will have to give something to its suppliers in return. Maybe some investment in their infrastructure, or some transparency from the OEM’s side or some business commitments. But without that give-and-take, you’re just going to have the same issues again and again.”

Improving visibility has taken center stage at many companies in the past two years — but this is not the first time it's become a top priority. Japanese automakers and suppliers have been attempting to bring more clarity to their supply chains for the past decade.

Following the 2011 tsunami and earthquake that ravaged parts of Japan and left much of the country's auto infrastructure unable to continue normal production, Toyota Motor Corp. vowed to map out its entire supply chain, including Tier 4 and Tier 5 suppliers.

Toyota launched a system called SAVE, for Supply chain Application for Visualization and Enhancement, which would allow it to quickly assess how supplier operations might be impacted by future disruptions.

"As soon as something comes up around the world, we can immediately, from North America, understand our potential exposure," Bob Young, group vice president of purchasing supplier development for Toyota Motor North America, told Automotive News this year. "The war [in Ukraine] was an example: Do we have anything coming from Ukraine? Do we have anything coming from Russia? What is it? What are our options?"

Hearsch said that getting a better handle on where parts are coming from, and when, helped Toyota handle the global microchip shortage in the early days of the crisis.

"The Japanese automakers were really impacted and couldn't make cars," he said of the 2011 production collapse, "and were disrupted in a way that many other automakers were not. Ten years later, they still had many of those lessons. Many Western companies hadn't experienced that viscerally and created systems that were more fragile than they needed to be."

Establishing more visibility is a work in progress. Many companies believe one way to get there is to step up the localization of their supply chains in hopes of insulating themselves from industrial catastrophes on the other side of the globe.

Hearsch said the relative stability of the pre-pandemic era resulted in a system in which suppliers were willing to take on more risk to satisfy cost objectives of their automaker customers or even their own internal cost targets.

"This sort of created a system where the OEMs simply made the vehicle, and it was the Tier 1's responsibility to deliver parts," he said. "Suppliers were willing to take on risk because the system was robust."

Today suppliers — and their customers — are looking for a better idea.

Kristin Dziczek, an automotive policy adviser at the Federal Reserve Bank of Chicago, said gaining better visibility into supply chains requires a significant level of trust between automakers and suppliers.

"You don't want to give away too much information to your customer because you have to trust that they're going to do the right thing with it," she said.

The concern is knowing what an automaker might do with troubling supplier information, Hearsch said.

"The history is not good on that," he said. "OEMs have a history of wanting to use this information to reduce their costs, and that often comes at the expense of the Tier 1 or Tier 2 supplier."

There is an important balance to strike between transparency in the supply chain and giving suppliers the room to operate independently, said Bosch's Thomas.

"We feel we have a responsibility to deliver to our customers," he said. "We don't want to confuse the supply base, either. If every one of our customers knew that one supplier was the source of a bottleneck, one could only imagine how many confusing messages the supplier would get.

"That's not to say we don't need the help of our OEMs with the bottlenecks," he added. "But at the end of the day, it's difficult to have multiple people directing multiple different directions at our supply base."

New mindsets are required on behalf of suppliers, as well, ZF's Streng said. Having open lines of communication as crises unfold will be critical to ensuring disruptions are minimized, she said.

"It was drilled into my head 30 years ago when I was an intern that bad news is not like fine wine. It doesn't age with time," she said. "We've had to make sure our suppliers understand that."