Twenty-one-year-old Olivia Nevels of Allen, Texas, is a fledging freelance filmmaker who was recently back in the market after totaling her second car, a Ford Fusion. The sedan’s ability to quickly connect with 911 had her leaning toward another Fusion, but the idea of owning a truck was also appealing.

Nevels’ online research led her to Dallas Lease Returns, where Anthony Zegarelli directed her to a 2016 Toyota Corolla after some basic salesmanship clued him into her personality and career goals. She liked the sedan’s Bluetooth-capable audio system and backup camera. What she really appreciated, however, is how Zegarelli got to know her while walking her through each step on the road to a sale.

“He showed me the specs. I had a test-drive and found out the Eco model gets about 30 miles per gallon, which I like,” she says. It wasn’t a done deal, however, as Nevels went home to conduct more research on the Corolla before returning to Dallas Lease Return to pull the trigger.

What sounds like the typical car sale is anything but, as mixed in are shopping behaviors of a generation that has been particularly difficult for marketers to characterize. Born after 1996, Generation Z is entering the workforce in the tens of millions while wielding roughly $3 trillion in purchasing power. In a market that is seeing demand for new vehicles waiver, car shoppers like Nevels are a welcome site for dealers looking to keep the metal moving over the curb.

The challenge, however, is finding the vehicles that suit the taste of a pragmatic and frugal demographic that once viewed vehicle ownership as not important, postponed right-of-passage moments like obtaining a driver’s license, and is thought to be responsible for giving birth to the current autonomous technology trend. In fact, getting around using ride-hailing services like Lyft fit their college lifestyles just fine, but the need to own a vehicle grows the more this demographic — at 67 million strong — enters the workforce.

Current trends reveal that Gen Z buyers like Nevels lean toward used sedans — a vehicle segment that favors Japanese makes like Nissan, Honda, and Toyota. This is in contrast to Gen X and baby boomers, who prefer trucks and SUVs and tend to keep their mobile devices in their pockets. Gen Z buyers keep their smartphones at the ready, constantly confirming pricing, features, and even the dealer.

“Gen Z came of age after the Great Recession,” says Jason Dorsey, one of the leading authorities on millennials and Generation Z. “This made them more practical with their money than the millennials. They see what millennials went through and don’t want to end up like them.

“That’s why Frugal Gen Z is more thoughtful with its spending. This plays out with big-ticket items like vehicles,” he adds, noting that sedans simply appeal to Gen Z’s utilitarian mindset. In other words, it’s not just their buying power, credit standing, and their place in life that keeps them away from larger vehicles.

Dorsey, who will be at DealerSocket’s User Summit 2019 in Anaheim, Calif., this August, serves as president and lead researcher at the Center of Generational Kinetics in Austin, Texas. He says what also makes Gen Z different from prior generations is the demographic was raised by an entirely different group of parents, namely Gen X and older millennials.

This group also doesn’t remember the horror of the Sept. 11, 2001 attacks on U.S. soil, an event that was a defining moment for millennials, Dorsey notes. “Gen Z also doesn’t remember a time before social media, which puts pressure on dealers to adapt to this generation,” he adds. “Their top influencers are still their family and online influencers, and they check ratings and reviews digitally.”

As for credit, when the Federal Reserve Bank of New York reported that a record seven million Americans were 90 or more days behind on their auto loan payments, a majority of those delinquent borrowers were under the age of 30. In fact, debt among Americans between 19 and 29 years old exceeded $1 trillion in 2018 — the highest level of debt for this age group since 2007.

Not surprisingly, student loans account for $378 million of that total, an amount that has swelled by 102% since 2009. Mortgages and auto loans followed behind at $362 million and $166 million, respectively. The prior, however, is increasing at a much slower rate than student loan debt, rising just 3.2% since 2009. This suggests that despite rising debt levels, millennials and Gen Z may not actually be actively spending as much as baby boomers.

In fact, using an anonymized sample of more than 1.5 million My LendingTree credit report users from December 2018, LendingTree reported in February that only 36% of Gen Z have an auto loan, the median balance of which is $13,666.

Kate Turkcan, vice president and head of youth insights at Chicago-based Kantar Consulting, refers to Gen Z as simply “the pragmatic generation, especially when it comes to big purchases.” She adds that, unlike their millennial predecessors, Gen Z consumers are less swayed by brands.

“Their parents didn’t sugarcoat it,” she says of how the impact of the Great Recession was explained to Gen Z. “They prepared their Gen Z kids for this climate.”

Luke Godwin, owner of Godwin Motors in Columbia, S.C. — home of the University of South Carolina — is seeing all of those trends play out in real time on his pre-owned lot, where 25% of sales are to first-time buyers. It’s why large truck sales at his dealership have slowed and interest in sedans has picked up. Gen Z simply doesn’t need the room.

“They are more conscious of fuel economy and price, and sedans do the job,” Godwin says, adding that he has also noticed how much social media affects what they buy. “It’s also about the interior technology. These young buyers get in, hook up their phone, and the Bluetooth works perfect.”

The ideal price point, he notes, is around $10,000 — a price point that poses a challenge to most dealers given the shortage of older, high-mileage vehicles. What has been helpful in locating those vehicles is DealerSocket’s Inventory+ tool.

The software company also makes available to its dealer clients teams of customer success managers and strategic consultants. Anthony Mitchell manages a team of the latter. Their goal is to help dealers decide on what vehicles are right for their market.

Mitchell says the danger with inventory management systems that make vehicle-sourcing recommendations based only on broad market data is the dealer ends up chasing the same vehicles other dealerships are chasing. That leads to missed opportunities to attract and serve customers like Gen Z buyers.

“Your inventory software needs to help you find the hidden treasures that are in plain sight and can help you address the needs of important and growing customer segments like Gen Z,” Mitchell says. “Most importantly, the solution you use should help you combat margin compression by not having you chase the same vehicle as every other dealer in your neighborhood.”

The help Mitchell’s team provides extends to how dealers merchandise their inventory. He notes that one of the most critical items for dealers when working with Gen Z buyers is providing a seamless online-to-showroom buying experience.

“Gen Z wants to research and compare vehicles on fast and intuitive websites, where they have an up-to-the-minute listing of a dealer’s inventory, with discounts and other pertinent information easily available,” he explains, adding that Gen Z customers want to shop for a vehicle the same way they shop on sites like Amazon.

“They want the ability to easily work across devices,” he says. “Once they’ve made a purchase decision, they want a fast closing process, which can be a great opportunity for dealers who are prepared. In fact, we’ve heard from our dealers that Gen Z, more than other generations, wants to self-desk their deals online and without having to share their contact information.”

Denny Hynes, used-car director for Seattle’s Carter Motors, agrees that digital retailing is a must for this coming-of-age demographic. Like Godwin, the biggest issue he’s having is stocking his three locations with enough pre-owned sedans to satisfy this next-generation buyer, which he says brings an entirely new approach to determining what kind of vehicle they buy and the price they’re willing to pay.

For one, he says Gen Z is fairly well-educated on the market, more so than young buyers 10 to 15 years ago. They also aren’t afraid to enter the dealership on their own and strike a deal without the assistance of their parents. That’s because they’ve done their research and are armed with their smartphones if they don’t know something.

“Gen Z and millennials are looking at their phones and talking to us as they’re shopping,” Hynes says. “They are comparing our prices with a dealer 10 miles away. They have a confidence in what they are looking for and what they are after, almost to the point of being cocky.

“But you have to embrace it and cater to this audience,” he adds. “All of us have to change in the business we’re in, or we will die by the wayside.”

Dorsey agrees, noting that dealers need to incorporate digital retailing, integrated inventory management, and omnichannel communications to deliver the experience Gen Z wants and expects. Companies like DealerSocket help dealers get on board with these generational trends, he adds.

“Some dealers are slow to adopt this, but it’s really an opportunity for dealers,” he says. “The young customers expect the dealer experience to be seamless through technology. They don’t want to wait in line for their first big purchase.” 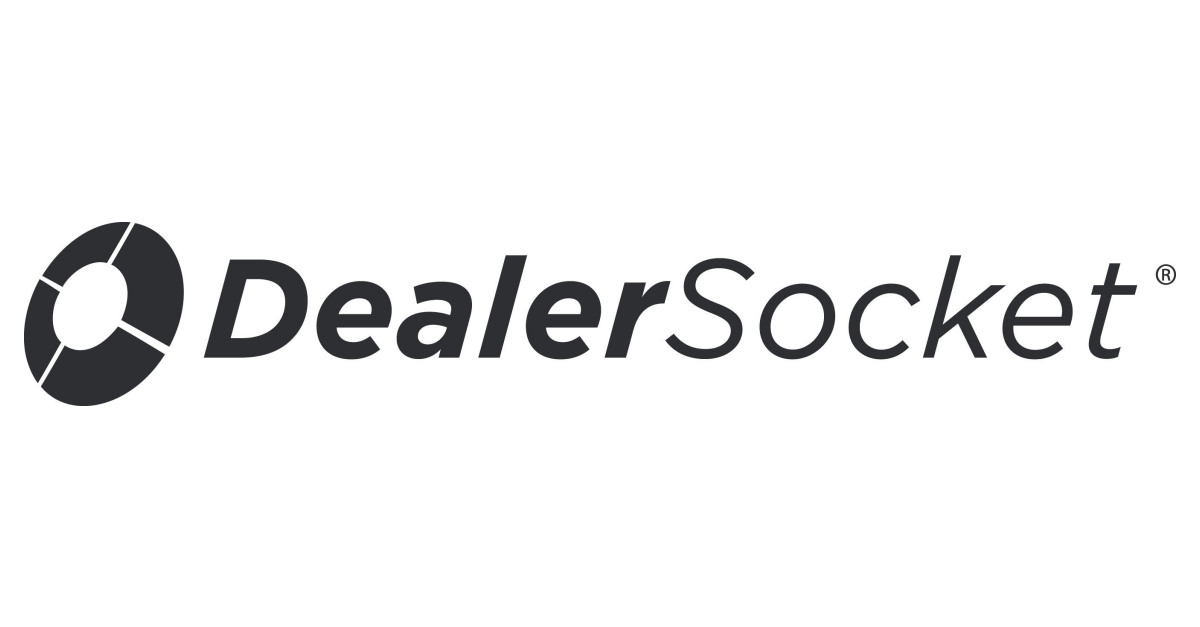