Where are the best places for public EV chargers?

Reshaping the transportation landscape with a sprawling network of chargers does not alone ensure the success of electric vehicles.

Volta is developing "commerce-centric" charging networks with retailers such as Macy’s, with which it partnered to install 100 chargers.

In March, the U.S passed an important milepost on the road to its electrified future: Workers installed the 100,000th public charger, according to the Department of Energy's Alternative Fuels Data Center.

As the government promotes electric powertrains and automakers commit to them, the Biden administration envisions a national network of 500,000 chargers across the country.

Reshaping the transportation landscape with a sprawling network of chargers, however, does not alone ensure the success of electric vehicles. Where these chargers are located could be more important than the sheer number of chargers available. 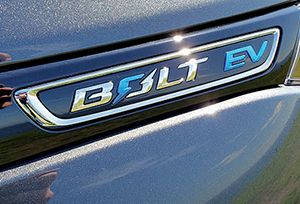 Replicating an approach to infrastructure that follows the interstate blueprint of the past — gas stations at every exit, along with the usual fast-food joints and roadside hotels — may be, at best, a simplistic solution.

"Ideally, we would not go to what I call a brute-force approach," said John Smart, group lead of the Idaho National Laboratory's mobility systems and analytics group. "Instead, we would take the more elegant of approach of matching the speed of charging equipment with the value of people's time. If your vehicle is parked at home overnight, you can charge very slowly. It's no skin off your back. Likewise work. It's less expensive for everyone."

"Home charging definitely is the bread and butter," said Stewart Stropp, senior director of automotive retail at J.D. Power. "That is definitely central to overall ownership."

That jibes with research from the Idaho National Laboratory. Analyzing 6 million charging events over three years, researchers found approximately half the participants charged exclusively at home. Of those willing to charge away from home, the "vast majority favored three or fewer away-from-home charging locations," according to the 2015 report titled "Plugged In: How Americans Charge Their Electric Vehicles."

Home charging represents an obvious shift from fueling at gas stations located at points along any number of potential routes. But as transportation leaders consider where public chargers are needed, Smart says it's helpful to think in terms broader than "home," "work" or "public." There's a chance to reset the idea of what makes for a good fueling or charging experience by thinking in terms of "destination" vs. "en route" charging.

"Often times, I hear people say, 'Well, when these EVs are as convenient as gas vehicles, there will be more of them,' " Smart said. "I reject that idea. We should strive for them to be better than the status quo, and it's possible to do that."

In terms of geography, he suggests the best places for public chargers are places where people will be parked for lengthy periods of time, such as grocery stores, churches and movie theaters.

Along those lines, charging provider Volta has focused on developing what it calls "commerce-centric" charging networks and has partnered with a smattering of department stores, retail outlets, medical centers and other businesses. In 2014, it partnered with retail giant Macy's to install about 100 charging stations in 40 locations.

Over six years, Volta's usage data showed a 41 percent increase in what the company calls "shop and charge" visits. That suggests EV drivers aren't only charging while they shop; they're increasing their shopping trips as a means to charge.

This April, Volta began an expansion of its Macy's partnership that will add 20 new locations. Volta also has partnerships with Kohl's, Topgolf and Giant Foods, among others.

When it comes to determining where it wants to develop its networks, Volta uses a proprietary software tool called PredictEV that uses machine learning. It's helpful not only for Volta but also for partners that may include local utility companies that need to plan for an increase in electric vehicles.

As the federal infrastructure proposal awaits consideration, the readiness of the grid is an important factor to consider in the broad rollout of EVs, says Jennifer Capasso, a Volta spokeswoman.

"Building infrastructure in the U.S. is a huge undertaking, and to build charging stations, that takes a long time," she said. "It takes a lot of money and years because of permitting, building out and working with power systems. We found, the more we can predict where demand is, and will be in five years, the more we can help municipalities and other partners."

Beyond location, Smart says charging technology should enhance drivers' ability to determine the best times to charge at the lowest rates, and should communicate with nearby chargers to determine whether they're occupied or available.

A matter of habits

Idaho National Laboratory was among the first institutions to study the charging habits of EV owners. From 2011 through 2013, the lab examined the charging of more than 8,000 Nissan Leafs and Chevrolet Volts, and approximately 300 Smart ForTwo vehicles.

Researchers found a notable curiosity in how EV owners used public charging stations: It was not interstate travelers who most frequently used the DC fast chargers located off highway exits. It was local drivers.

Researchers say those habits may indicate some EV owners prefer charging on faster chargers elsewhere rather than using slower charging equipment at home. Or perhaps they do not have a home location well-suited for charging — an overall hindrance to EV ownership. Those are important considerations for government and transportation officials deciding where future chargers might be installed.

A separate J.D. Power study involving consumers and electric vehicles suggests that while early adopters prefer to charge at home, that might not be an option for the larger motoring public. Of consumers not considering EVs, 33 percent said the lack of ability to charge at home or work was the primary reason they would not consider an electric vehicle.

"You've got current EV owners charging at home, and you've got the rest of the market citing the lack of public charging as a main factor in why they're not considering an EV," Stropp said. "So to advance adoption, clearly there's a massive need to build out public charging options. It's a case where we will need to optimize both means."

Why the future of transportation is connected and ‘software-defined'

Why the future of transportation is connected and ‘software-defined'

Next-generation rail projects are viable, but most are far from reaching their destination