Connectivity and its challenges go way back

In some respects, you can thank smoggy air in California, and that annoying "Check Engine" light, for helping kick-start the connected-car revolution.

Prior to the modern era of wireless connectivity, automotive data collection was mostly hardware-driven, and the main source of vehicle monitoring was the car's onboard diagnostics, or OBD, computer system.

HOW SMART IS YOUR CAR? 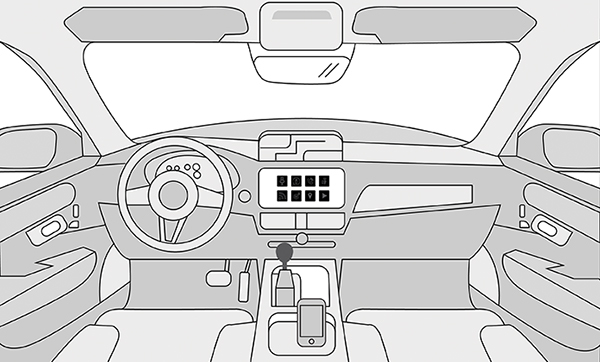 According to Frost & Sullivan’s Sriram Venkatraman, there are about 50 frequently used data points generated by a car, and that number is expected to explode to as many as 200 in the next 5 or 6 years. Here are some types of data that cars can track.

Since the 1988 model year, California has required manufacturers to monitor the emissions-control components on vehicles sold in the state.

The first monitoring systems, known as OBD-I, were limited in scope. They gave way to today's more sophisticated OBD-II technology.

That opened the door for the development of hand-held scanning tools for extracting diagnostic codes and the development of other data loggers and dongles, all with easy access to the OBD port and the valuable data that it leads to.

Sriram Venkatraman, industry principal for automotive IT and transportation at research firm Frost & Sullivan, says insurance companies and fleet managers looking into vehicle behavior were among the first outside companies to tap into onboard diagnostics.

The downside: OBD-II ports are notoriously easy entry points for hackers. Dongles used to plug into OBD-II ports to pull data for insurance purposes, for example, have been a particularly fertile target.

"My recommendation is never connect anything there," says Dan Sahar, vice president of product at Upstream, an Israeli automotive cyber-security firm.

"There's a falsehood being circulated around that OBD ports are 'read only'. Unfortunately, the OBD protocol is 'read-write.' Your app might be read-only, but the underlying infrastructure is read-write.

"All you have to do as a hacker is replace software that only reads with a version that can also write. The protocol allows that, so 'read only' doesn't ensure security. I would definitely not plug anything into the OBD port."

According to some published reports, Volkswagen was likely the first automaker to equip a car with a scannable OBD port. It was VW's 1968 Type 3, which boasted an electronically controlled gasoline injection system pioneered by Bosch.

An autonomous vehicle you can buy? 6 views on just how far a self-driving future could take us

An autonomous vehicle you can buy? 6 views on just how far a self-driving future could take us

Are EVs a safe bet?