Tesla CEO Elon Musk stands in front of the cracked windows of company's Cyber electric pickup after it was unveiled and a metal ball was thrown at the windows to test its durability. The pickup has futuristic angular body in gunmetal gray.

After years of promising an electric pickup that could outperform offerings from the Detroit 3, Tesla Inc. CEO Elon Musk on Thursday revealed an angular vehicle that failed to withstand a 25-minute presentation.

Musk promised exhilarating performance out of the so-called Cybertruck, with acceleration from 0 to 60 mph in 2.9 seconds and a top speed of 130 mph.

But the pickup could use some more testing before production is slated to begin in late 2021: The truck was described as having windows made from armored glass. But its side window broke twice during an on-stage strength demonstration when chief designer Franz von Holzhausen threw a metal ball at it to test its durability.

The four-door, six-seat pickup starts at $39,900 with a base range of more than 250 miles. The most expensive variant starts at $69,900 and will get more than 500 miles range, Tesla said. By comparison, the current maximum range of a Tesla car is 370 miles for its long-range Model S sedan.

The pickup looks unlike anything on the market today. With sharp lines and a sloping front end, the pickup resembles a futuristic concept vehicle more than anything close to an existing production model.

"Trucks have been the same for a very long time, like 100 years," Musk said, as an audience watched a slideshow of pickup designs throughout the decades. "We need something different."

"The looks are polarizing, but the performance and pricing specs are undeniable," Karl Brauer, executive publisher for Kelley Blue Book and Autotrader, said in a statement.

"There will be plenty of demand for the cyber truck, even if only current Tesla fans want one. How far beyond Tesla’s customer base will the cyber truck reach? I suspect current pickup truck buyers will find its exterior design and electric drivetrain too far of a leap for most of them to make," he said.

Brauer, however, didn't write off its chances. "If Tesla can produce a sufficient number of cyber trucks, and if the early adopters are fully satisfied, the cyber truck could cross into traditional truck markets, and that’s a massive segment if Tesla can tap into it,” he said.

Tesla is hoping to continue its history of industry disruption with the pickup, which it thinks can find a niche in a profitable segment the Detroit 3 have dominated for decades.

Musk repeatedly referenced the Ford F-150, which has been best-selling vehicle in the U.S. for the past 42 years. He showed a video of the Cybertruck allegedly beating an F-50 in a tug-of-war contest.

The Cybertruck's body is made of "ultra-hard 30X cold-rolled stainless steel," according to Tesla.

In another dig at the F-150 and its aluminum body, Tesla said Thursday that "if there was something better, we’d use it." 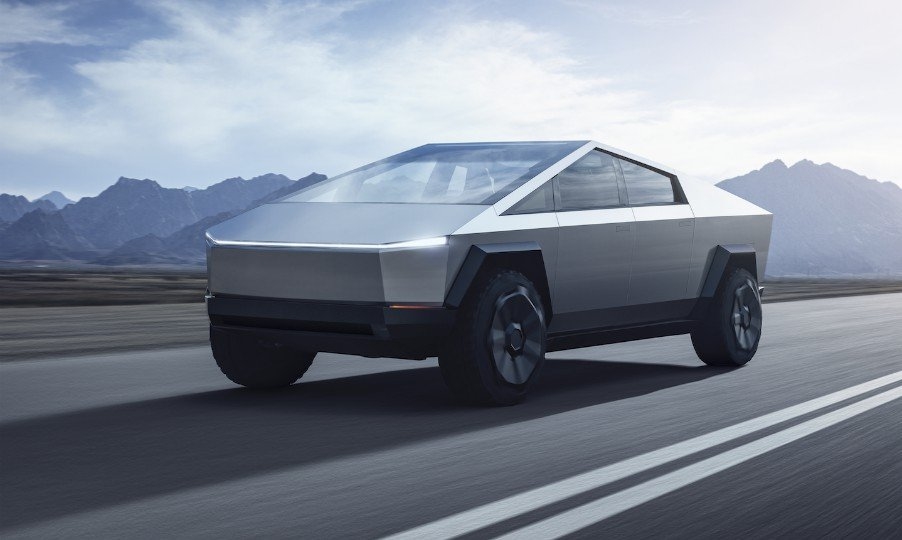 Tesla has told Travis County that its planned factory to build the Cybertruck will eventually employ 5,000 full-time workers with an average salary of roughly $47,000 a year. 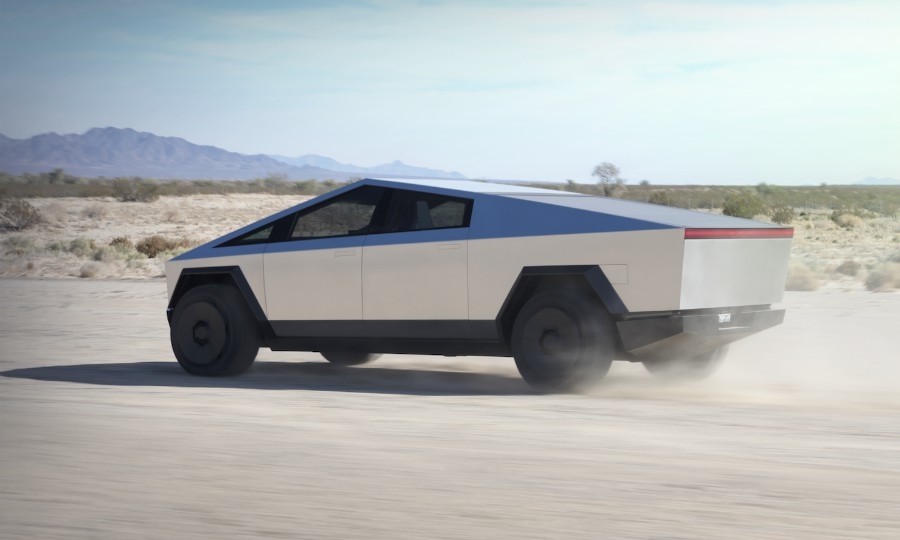 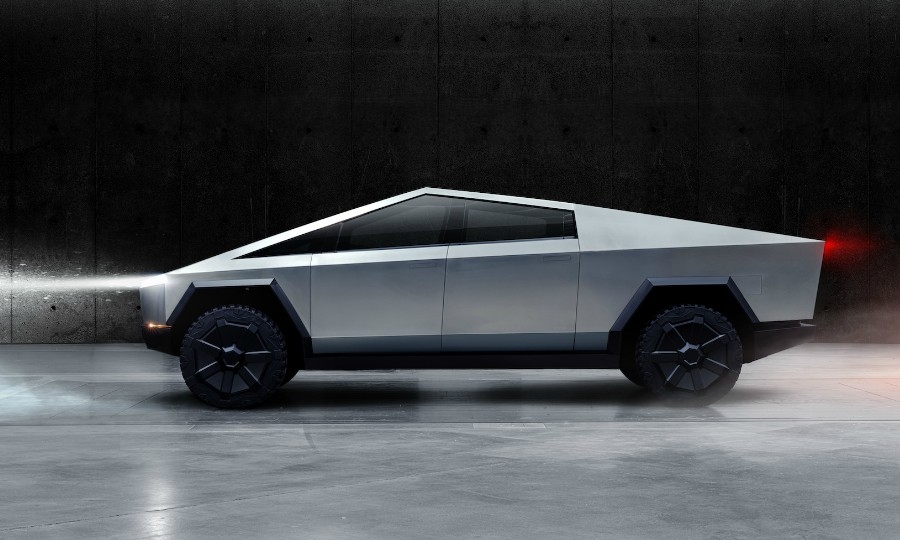 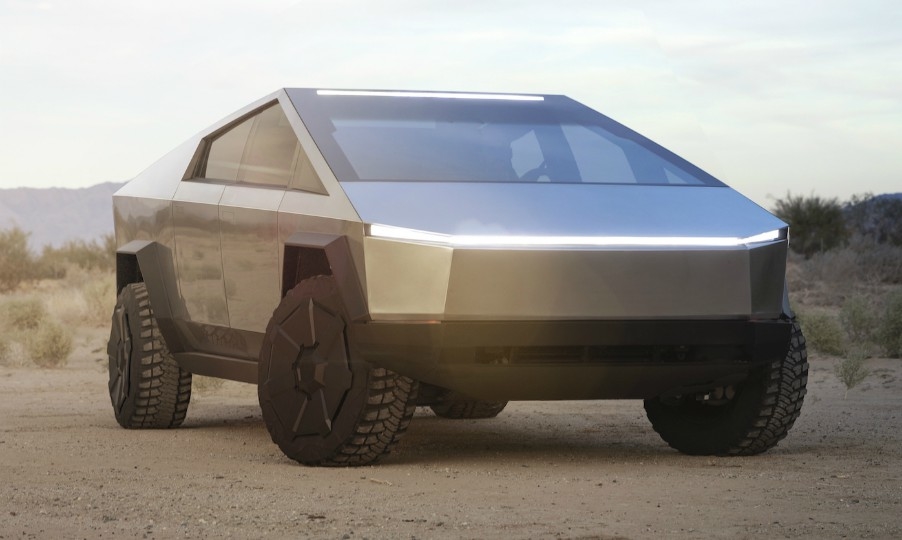 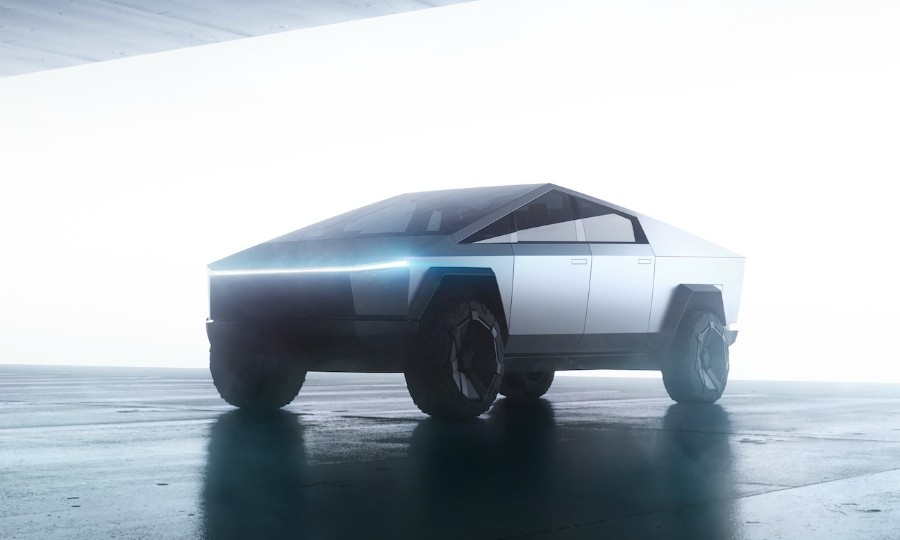 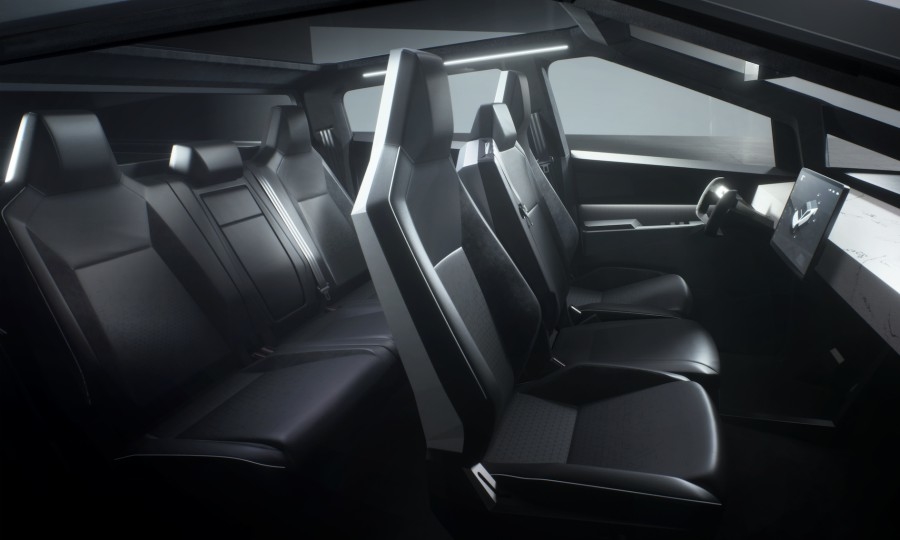 Ford spokesman Mike Levine did not respond to a request for comment, but tweeted out a GIF of a laughing Ryan Gosling.

Analysts following the reveal were skeptical the vehicle could make a dent in the lucrative pickup segment, especially with Ford and General Motors both working on their own electric pickups.

GM CEO Mary Barra said the automaker's first electric pickup truck model will go on sale in the fall of 2021. "It will be a very capable truck, I'm pretty excited about it," Barra said at an investor conference in New York on Thursday.

Electric pickups and SUVs could help Ford and GM generate the significant EV sales they will need to meet tougher emission standards and EV mandates in California and other states. The Trump administration is moving to roll back those standards, but electric trucks are a hedge if California prevails

Demand for full-size electric pickups in the near term may not be huge. Industry tracking firm IHS Markit estimates the electric truck segment - both full- and midsize models - will account for about 75,000 sales in 2026, compared with an expected 3 million light trucks overall. The Tesla pickup is not part of that estimate.

Tesla's pickup "will be a niche product at best and poses no threat in the pickup market as we know it today," Matt DeLorenzo, senior executive editor at Kelley Blue Book, said in a statement. "The other downside is that this truck will have no federal tax credits by the time it comes out.”

Reactions on Twitter ranged from love to hate of Tesla's sharply angled vehicle.

"I just watched tesla release the #cybertruck and honestly? My life feels complete," wrote @aidan_tenud, while @nateallensnyde wrote "Its nice to see Elon Musk make a cardboard box car he drew in kindergarten."

Musk earlier tweeted that the design was partly influenced by the Lotus Esprit sports-car that doubled as a submarine in the 1970s James Bond film "The Spy Who Loved Me" as well as by the movie Blade Runner.

Is worst of new-vehicle inventory shortage in rearview mirror?