The 2021 F-150 has a wider stance and revamped interior, with a bigger center touch screen and “max recline” seats in some models.

To roll out the Explorer, Ford tore its Chicago Assembly Plant down to the studs, rebuilt it in 30 days and tried to run three shifts of Explorers, Lincoln Aviators and Police Interceptors from the jump. It turned out to be a grave error.

The plant couldn't get line speeds moving as quickly as intended, and some early builds had to be shipped to Michigan for extra quality checks. The stumbles contributed to a dismal final quarter in 2019 and likely cost longtime executive Joe Hinrichs his job.

Hau Thai-Tang, Ford's product development and purchasing boss, told Automotive News nothing like that will happen with the F-150.

For starters, Ford doesn't have to gut its pickup assembly plants in Kansas City, Mo., and Dearborn, Mich. The two-plant system also provides a hedge against early problems and allows for continued production of the current model in one plant as the other one ramps up.

According to Ford's plant downtime schedule, Dearborn Truck will undergo routine maintenance that likely will include line changeovers for the new model the weeks of Sept. 7 and Sept. 14. Kansas City will follow in mid-October. Dealerships are expected to get their first shipments as soon as November.

Ford also is planning to stagger the launch of the hybrid model by a few weeks to further reduce risk.

"We are laser-focused on outstanding launch execution," Thai-Tang said. "The F-150 launch will be very different than what we experienced with Explorer."

Features include a center console that becomes a work surface, a generator with outlets in the cabin and bed, and an upgraded tailgate.

The F-150's importance to Ford's business cannot be overstated.

The almost 900,000 F-Series pickups sold in the U.S. last year generated about $42 billion in revenue, according to a study Ford commissioned from Boston Consulting Group. That ranks just below Apple Inc.'s iPhone among the biggest U.S. consumer products. On its own, the F-Series line is larger than McDonald's Corp., Nike Inc., Coca-Cola Co. and Starbucks Corp. 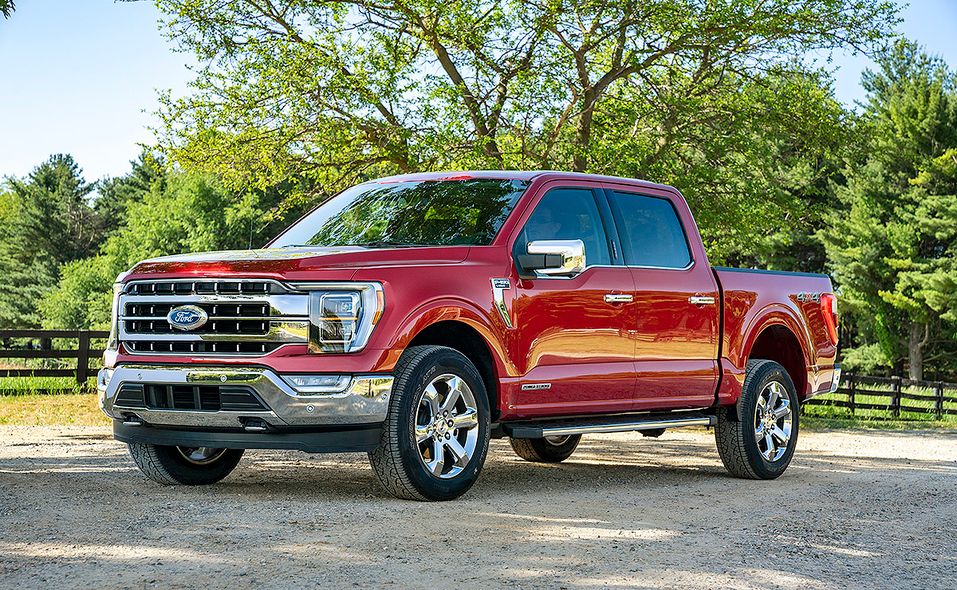 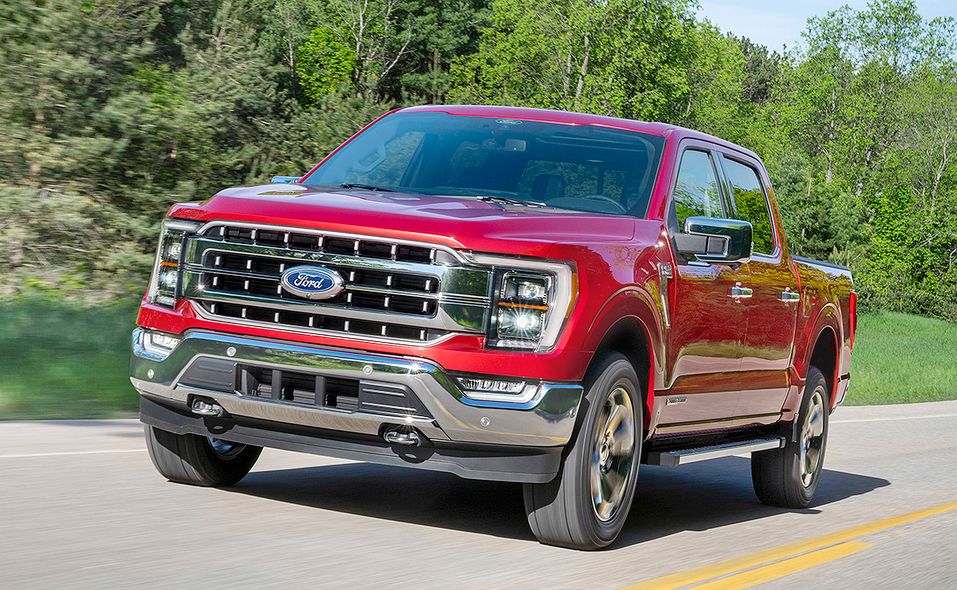 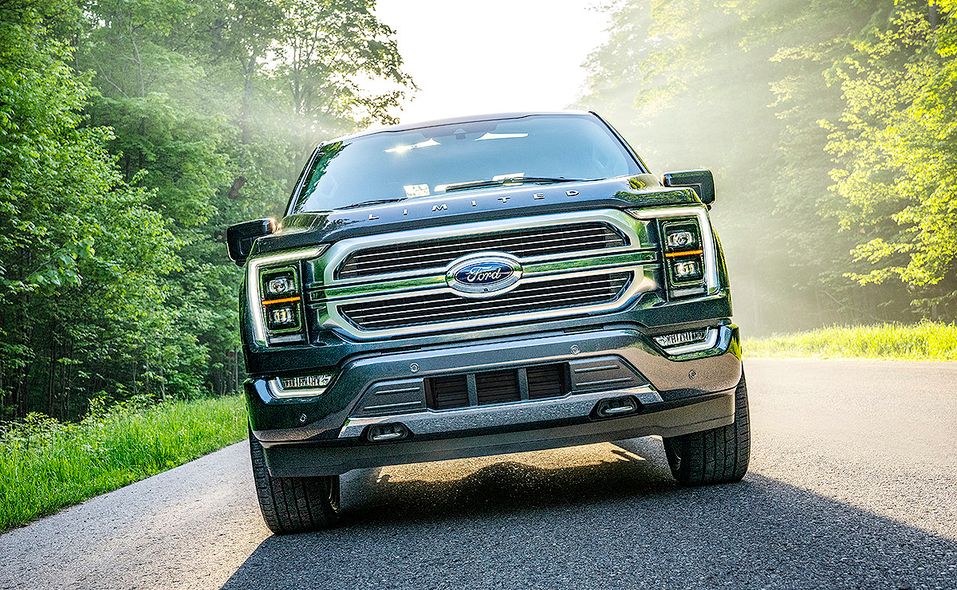 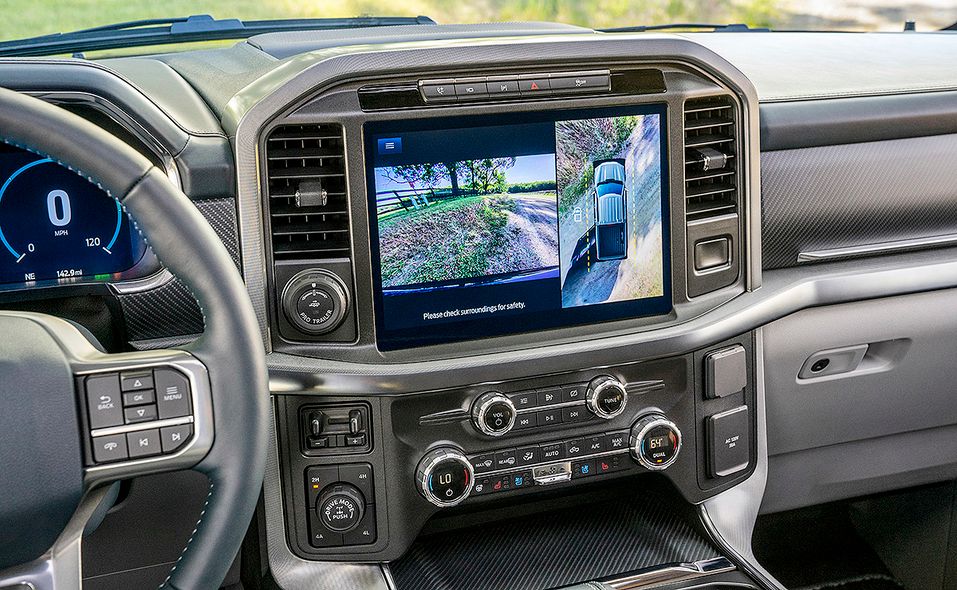 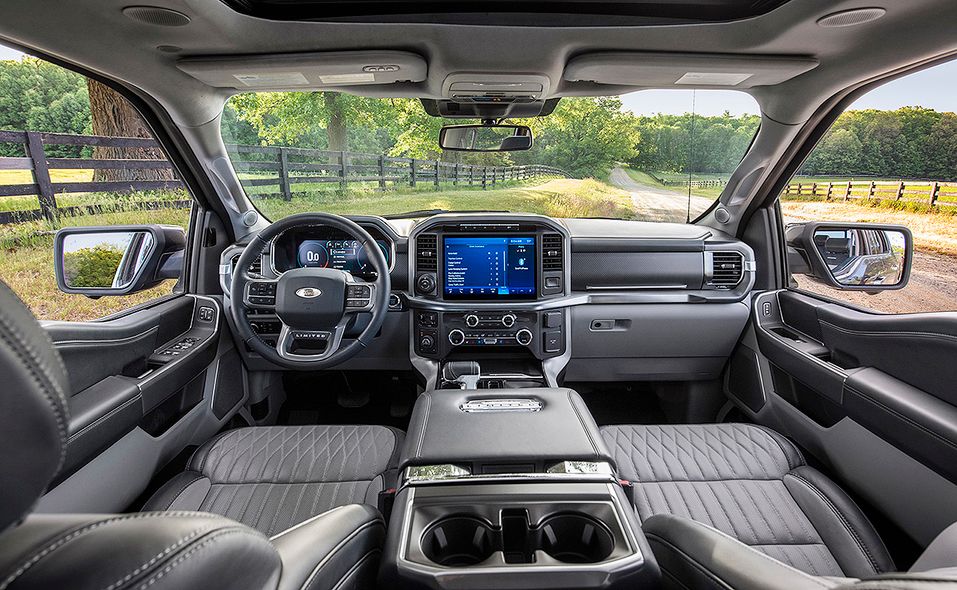 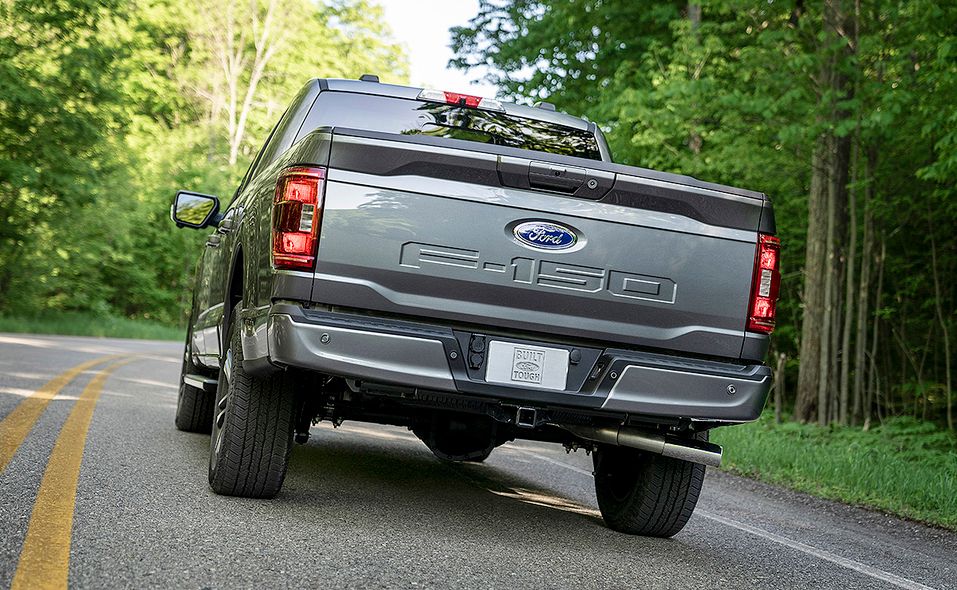 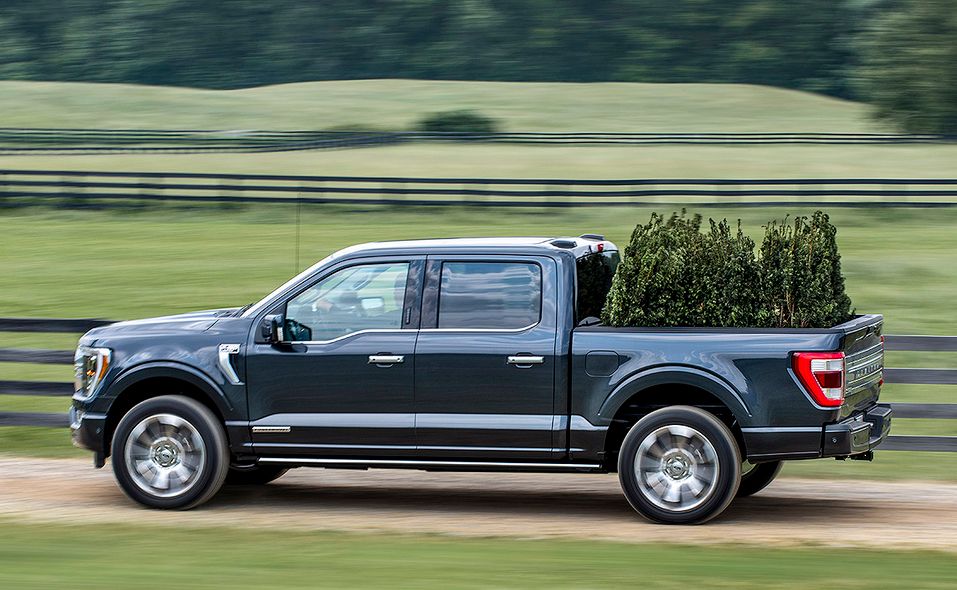 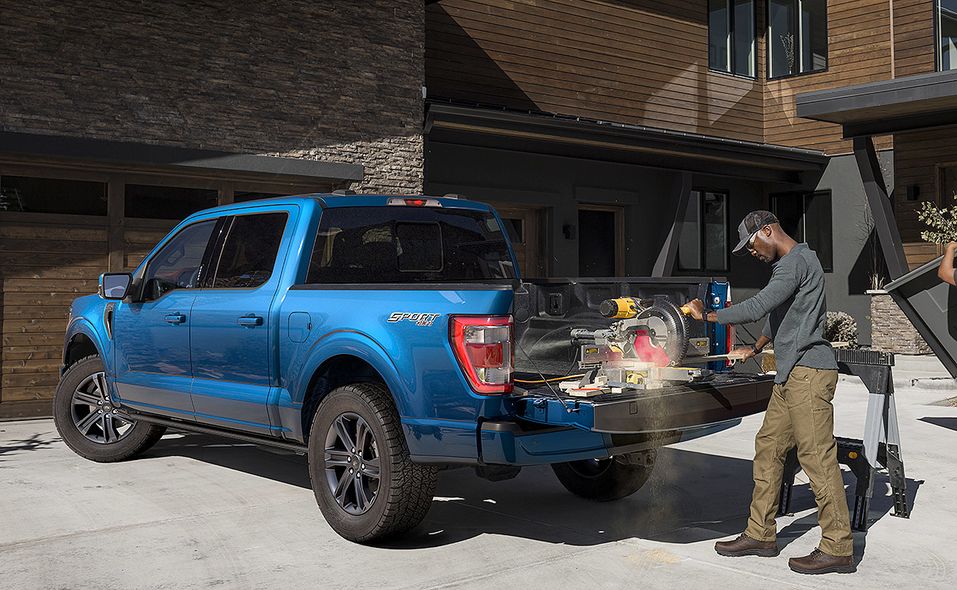 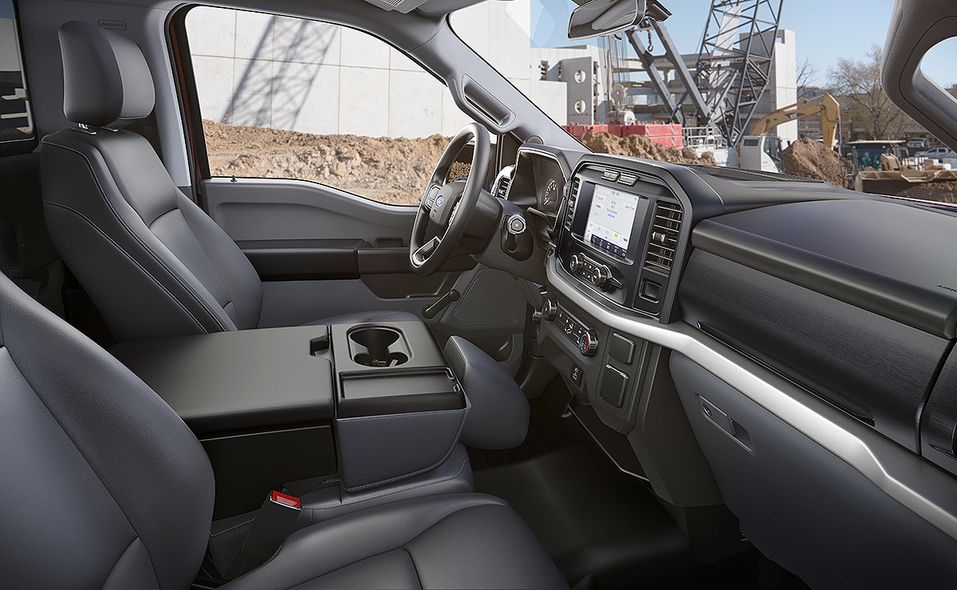 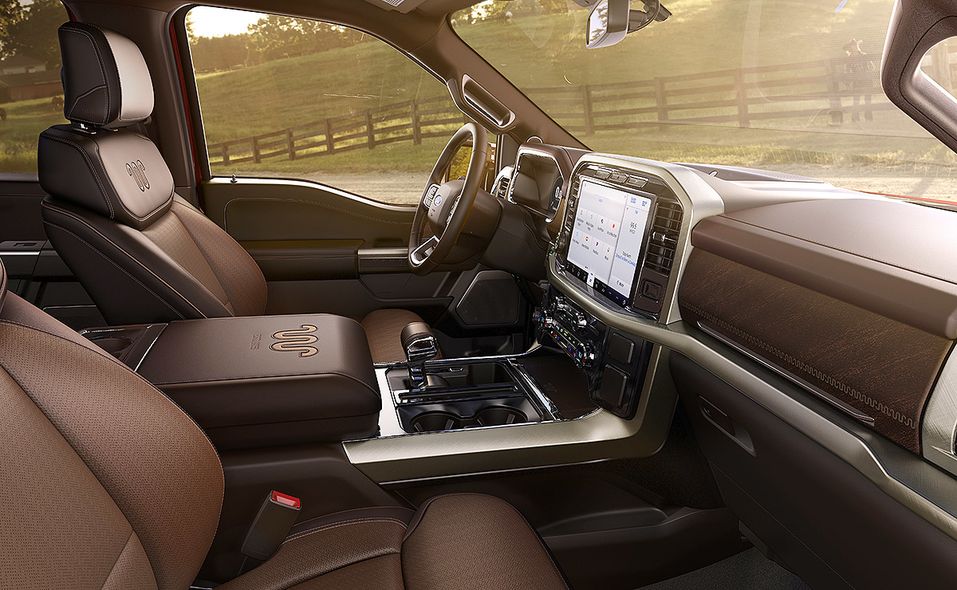 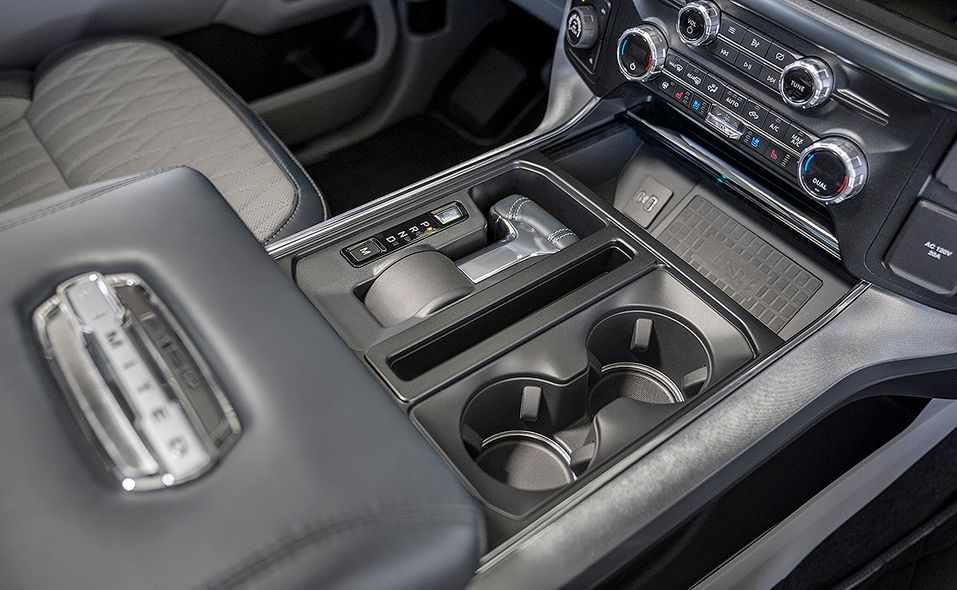 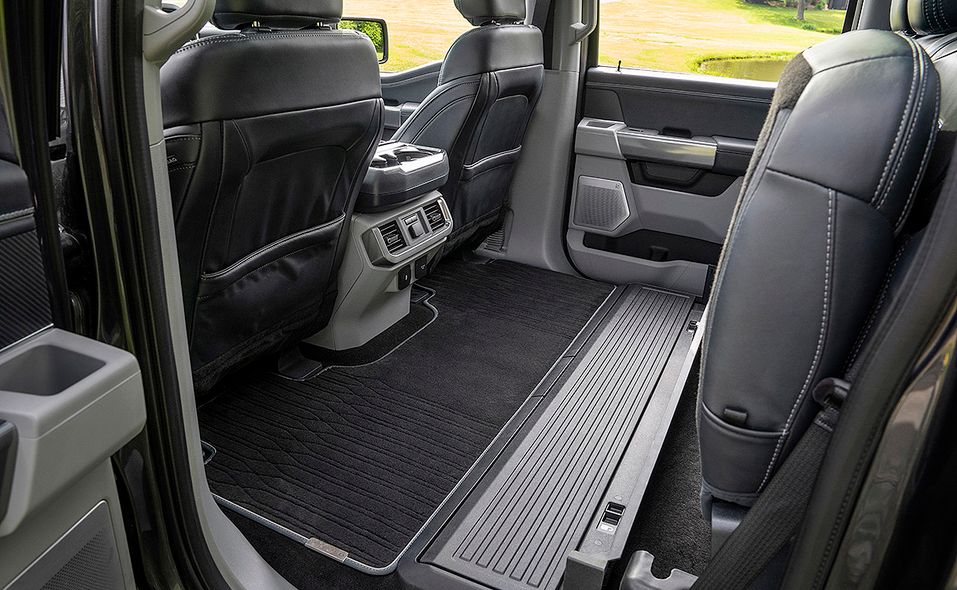 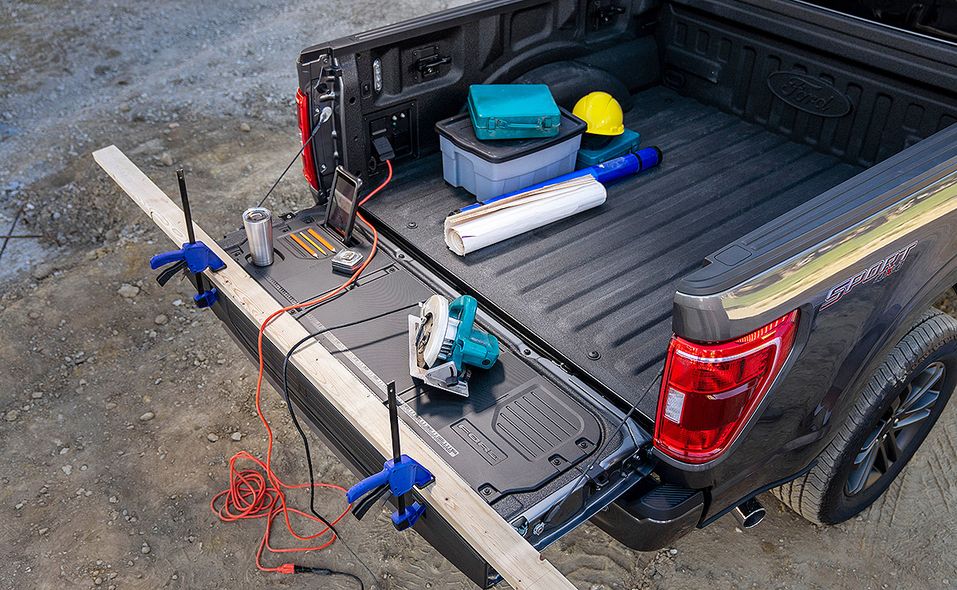 Pickup sales have remained resilient through the coronavirus pandemic, placing added value on the segment with the economy mired in a recession.

"If you have a pickup truck, even if it was made out of cardboard, people would buy it," Rhett Ricart, CEO of Ricart Automotive Group and chairman of the National Automobile Dealers Association, said on a podcast with Automotive News Publisher Jason Stein last week. "The pickup truck is like a Swiss Army knife. It can do so many things."

Ford is looking to increase the F-150's capability, targeting best-in-class towing, payload, torque and horsepower. It's also adding a host of driver-assist features, including a hands-free system that will go live in the third quarter of 2021.

The biggest change under the hood might be a new powertrain option: a 3.5-liter hybrid V-6.

Ford is calling it PowerBoost and hoping it can do for this truck what its EcoBoost engines have done for other vehicles in its lineup. The powertrain, mated to a 10-speed transmission, uses a 35-kilowatt-hour electric motor near the engine and a 1.5-kilowatt-hour lithium ion battery in the rear.

It is a rear-wheel-drive-based system that can also be configured for four-wheel drive for customers who need to haul or tow heavy loads. It's expected to get 700 miles on a tank of gasoline and deliver at least 12,000 pounds of maximum towing.

Ford officials said they expect the hybrid option, available on all trim levels, could account for 10 percent of sales.

Ford also is adding mobile generators across the F-150 lineup. The power can be accessed through in-cabin outlets and up to four outlets in the bed.

Designers gave the 2021 model a wider stance and revamped the interior. There's a bigger center touch screen: a standard 8-inch screen replaces the 4.2-inch screen on the XL and XLT models, while a 12-inch screen is standard on higher trims.

The screen is configured horizontally, in contrast to the widely lauded vertical screen in the Ram 1500, because Ford says customers preferred it and wanted to keep buttons and knobs below it.

The cabin features optional "max recline" sleeper seats for both the driver and passenger in the Platinum, King Ranch and Limited models.

Ford will offer a "flat work surface" that allows owners to work on laptops, sign documents or eat while parked. The shifter can fold down into the center console to enable the flat surface.

Ford also upgraded the tailgate. Two new side cleats come standard, and Ford is offering an optional "tailgate work surface" design that includes a flat area for a laptop as well as an integrated ruler, cup holder, pencil holder and phone or tablet holder.

"We know many of our customers spend a large portion of their day in the trucks," said Craig Schmatz, the F-150's chief engineer. "They want it to be both a productive workplace as well as a refuge."