About 100 Ford dealers to invest in dedicated Bronco stores

Even before the new Bronco goes on sale, some dealers are planning to turn the SUV and its offshoots into essentially a third Ford brand. 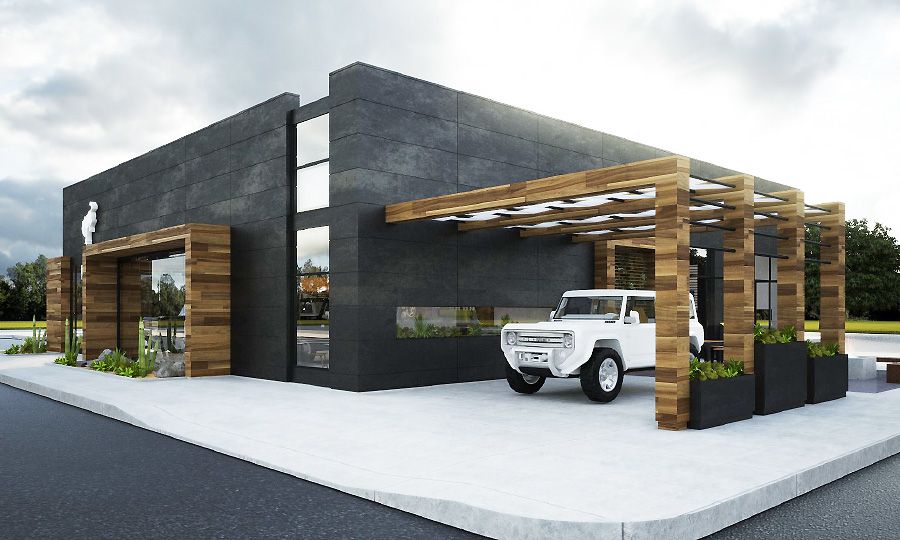 A standalone showroom is one optional improvement dealers can choose to show off the SUV line. Those who do get a slight increase in Bronco allocation. 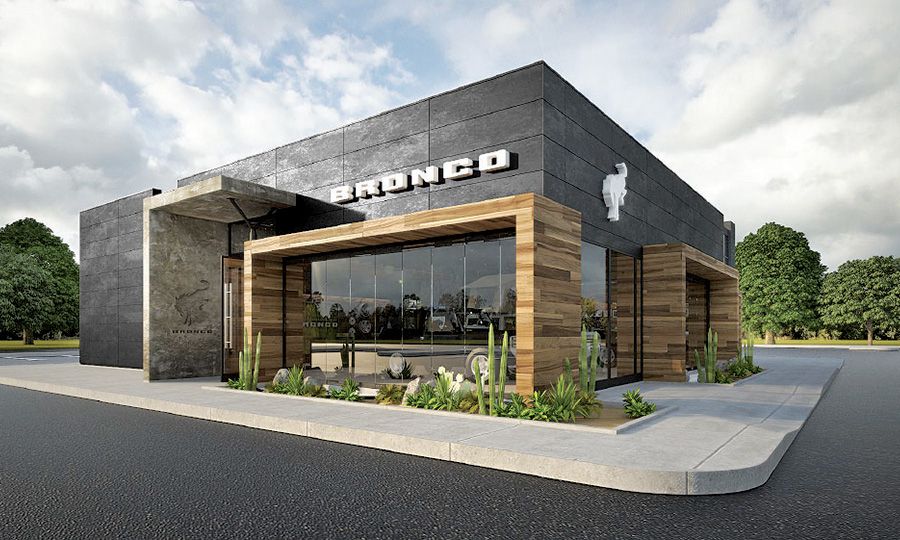 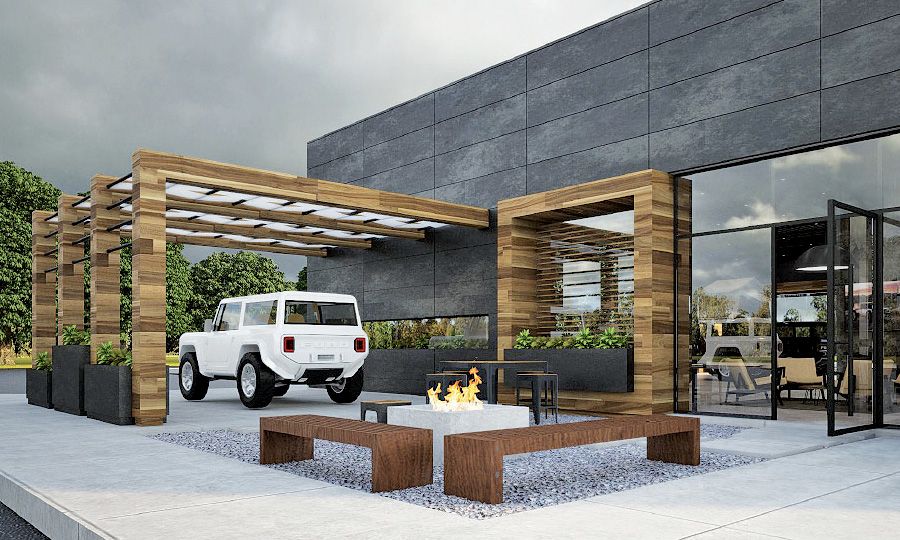 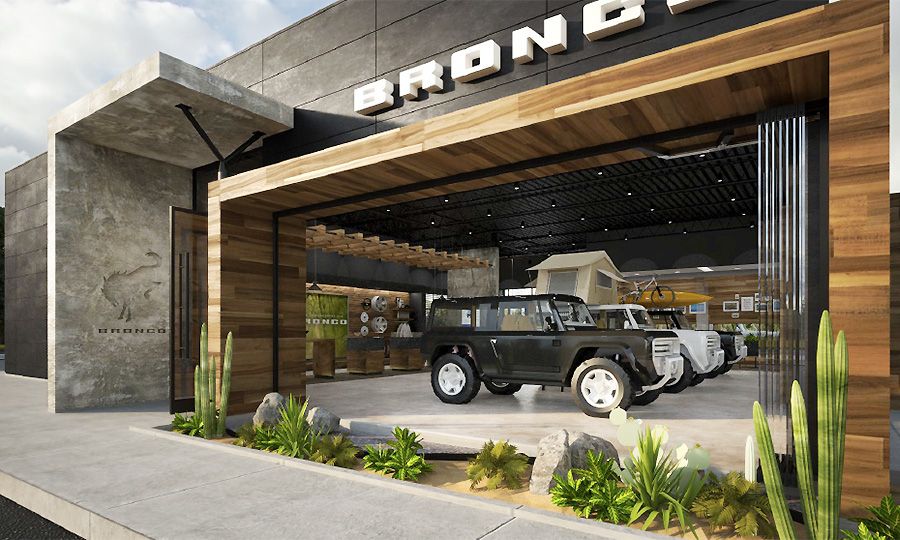 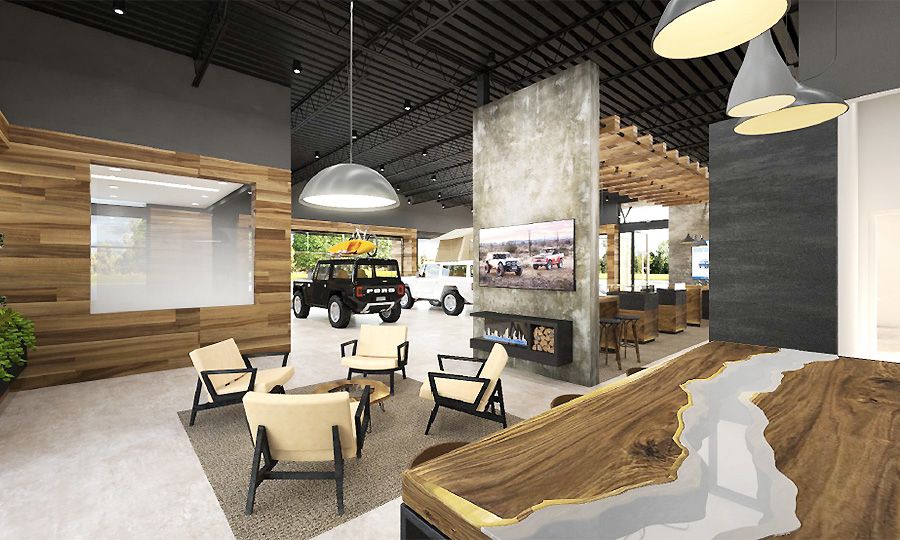 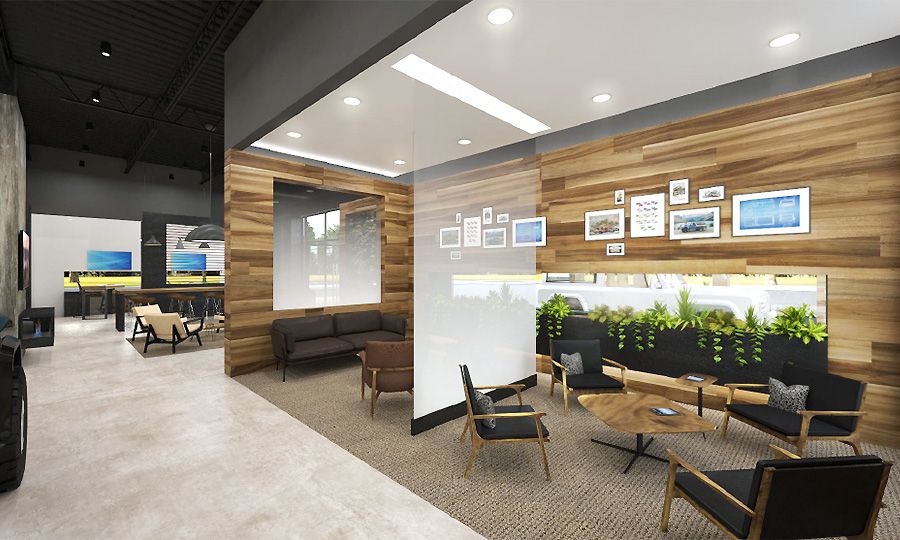 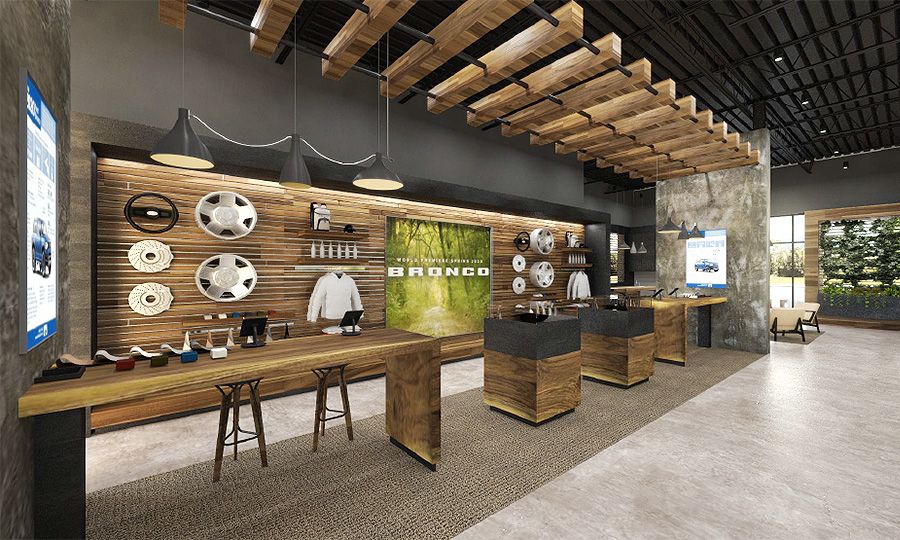 Renderings of the Bronco store include an accessories wall to display add-ons that can help boost dealership profits. 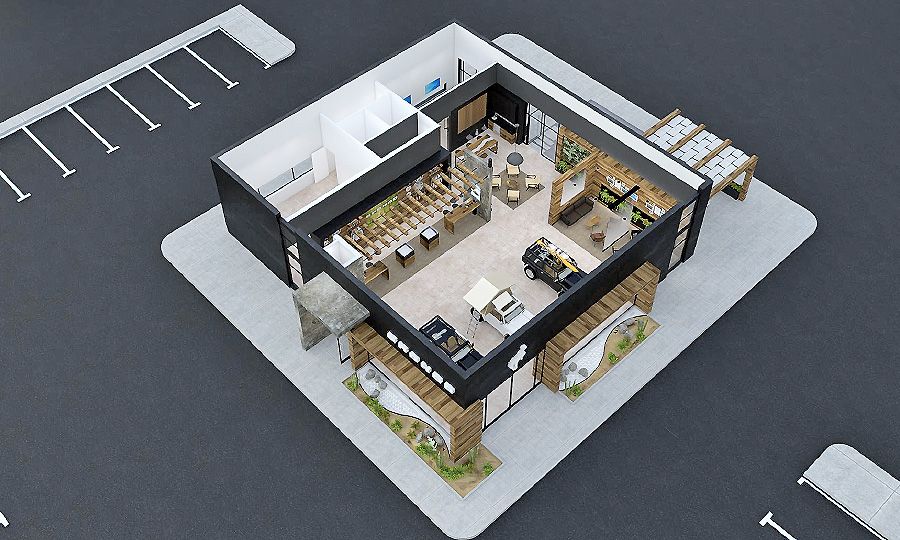 A Ford rendering shows the standalone Bronco store would have space to display three vehicles inside.

Even before the new Bronco goes on sale, some dealers are planning to turn the SUV and its offshoots into essentially a third brand for Ford Motor Co. by adding dedicated showrooms.

It's an idea originated by dealers, not a top-down edict from the factory. At their request, Ford created renderings for standalone stores and agreed to reward those who open one by slightly increasing their Bronco allocations.

Ford officials expect about 100 dealers to build Bronco showrooms, which will be near or connected to existing Ford stores and feature the SUV's horse logo instead of the Blue Oval.

A separate store is one of several optional facility improvements Ford has developed for dealers to show off one of its most highly anticipated nameplates in years, as well as the Bronco Sport that arrived in January and future additions to the off-roader family. It comes as rival Jeep prepares to add hundreds of standalone showrooms, and a little more than a decade after Ford trimmed its portfolio and retail network to focus exclusively on the Ford and Lincoln brands.

"It's an announcement to the world we're back; the Bronco is back," Tim Hovik, owner of San Tan Ford in Gilbert, Ariz., and chairman of Ford's national dealer council, told Automotive News. "It's such an iconic product that in an absolute way, we feel a Ford dealer is really adding almost an additional franchise."

Andrew Frick, Ford's head of U.S. sales, said the automaker came up with three ways dealers can highlight the Bronco: a standalone showroom, an expansion of existing showrooms or displays that can be added to a showroom.
"So we have an option for pretty much any budget, and as we've repeated several times, it's all strictly optional," he said in an emailed statement to Automotive News.
Ford wanted the Bronco's launch to be focused on the product rather than facility upgrades, but some dealers made clear that they were interested in making significant upgrades to promote the vehicle, Frick said.

"The excitement around this iconic brand and dealer confidence in our Ford brand generated the initial request and ideation for the Bronco store," he said.

"We did develop an official Bronco showroom, bringing to life the essence of Bronco to ensure consistency across the network for those that wanted to more heavily invest."

Ford revealed the renderings to dealers during its virtual national dealer meeting in October but has not otherwise publicized the plans.

Jim Moshier, general manager at Ricart Ford in Groveport, Ohio, was impressed with the concept and immediately requested more information.

He said Ricart originally wanted to split the new showroom between Bronco and other Ford Performance vehicles and accessories but was told that to receive any incremental volume the facility would have to be reserved for only the new off-roader.

Moshier said Ricart plans to use an existing 12,000-square-foot building on its campus that once housed a Mazda showroom. He thinks the store will open next year and expects it will help draw curious shoppers.

"It looks so cool, and that type of owner is an enthusiast," he said. "Jeep people are in love with their Jeeps. Ford thinks they'll breed that same enthusiasm with the Bronco. And if you have that facility, they think people will want to go there to see all the accessories."

Hovik plans to begin construction on his Bronco store in a couple weeks and open by midsummer. He plans to repurpose a commercial vehicle building that is next to his Ford store and visible from a freeway. The store will be virtually identical to the renderings, he said, with a few minor changes — no fire pit, for example — that make sense for the Arizona climate.

"It's going to be an absolute commercial that we have something new going on," he said.

Early demand for the Bronco has been robust.

Ford said last month that two-thirds of its 190,000 reservations for the two-door and four-door Bronco had turned into firm orders. Deliveries are expected to begin in June.

While coronavirus-related production issues have forced Ford to push back some specific models to the 2022 model year, the company has said it plans to invest millions at its Michigan Assembly Plant to boost production to meet demand.

In the first quarter, the automaker sold 23,356 Bronco Sport crossovers.

Company officials also have said they will look to expand the Bronco family. Ford is working on a Bronco-based pickup that's expected in 2024, AutoForecast Solutions and another source with knowledge of the plan said in 2019.

As evidenced by the prominent accessories wall in the Bronco store renderings, Ford expects the hundreds of add-ons it is rolling out will help boost dealer profits. The automaker last month said it would team up with aftermarket companies to offer additional parts.

While inventory will be hard to come by for some time, dealers say the standalone stores are an important tool that legitimize the vehicle and will help it compete against Jeep, which is encouraging dealers in many U.S. markets to build dedicated showrooms. About 600 of them — a quarter of those with multibrand Stellantis stores — have committed to adding either an adjacent Jeep showroom or a separate dealership, the brand's global chief, Christian Meunier, said in January.

"It's a longer-term play," Hovik said. "It's one of the fastest-growing segments, and Jeep's had that space to itself for a long time. If we're going to get more than our fair share, which I think we will, it only makes sense to invest in the Bronco brand as a Ford dealer."

For the Bronco, Ford hasn't ordered the kinds of mandatory facility upgrades that have long been a sore spot between automakers and retailers. Hovik said Ford's dealer council pushed hard to ensure Broncos could be sold with no conditions.

"For Ford to open up the availability to sell Broncos to the entire dealer body without requiring them to spend huge dollars, that's an incredible win," he said.

Hovik said that virtually every retailer he's spoken with plans to prominently showcase the vehicles in some fashion.

"I think the great majority of dealers will participate," he said. "I think it will be a small amount of dealers, maybe zero, who don't do anything."