Galleries of vehicles unveiled by automakers, and photo stories of events and people in the auto manufacturing and retail world. 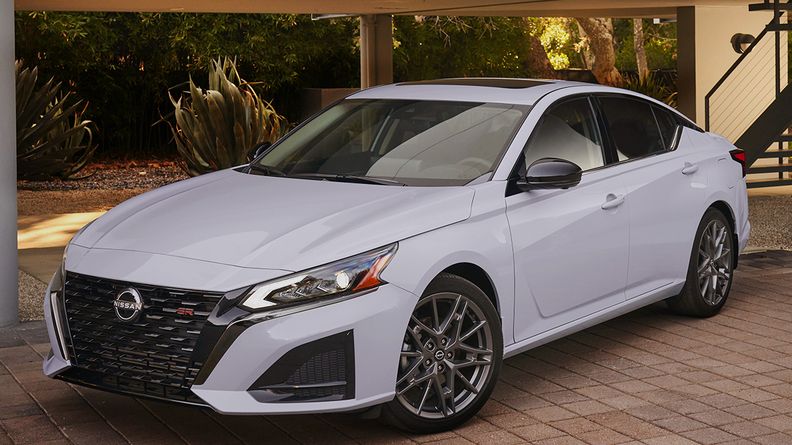 Nissan's second-bestselling model — the Altima midsize sedan — is being freshened for 2023 with an updated design, more standard safety features and new technology.

Toyota Motor Corp. is once again hinting that its major push into electric vehicles will include a new utility vehicle inspired by the Compact Cruiser EV shown in December 2021. The company has released a slew of new details and images of the latest Compact Cruiser EV. It could be a potential successor to the FJ Cruiser that was discontinued in 2014. The Compact Cruiser was designed by a team at Toyota's European design center near Nice, France. It features a ladder, LED lighting elements, flared wheels, beefy roof rack and two-tone paint. In addition to the blue shown in December, Toyota has added dark green, yellow and silver models - each with two-tone paint, and staged in city and trail settings. Other new design elements include retro-style white five-spoke wheels, rally lights and branch deflector wires.

2023 Subaru Ascent Subaru has redesigned the Ascent's front fascia, giving it a more prominent grille, as well as new LED lighting in front and rear. Inside the cabin, Subaru upgraded the EyeSight driver-assistance technology, giving the camera-based system a wider field of view and better range to detect bicyclists and pedestrians.

The redesigned GMC Canyon midsize pickup will diverge from its platform mate, the Chevrolet Colorado, to more closely resemble other nameplates under the GMC brand. Both retooled midsize pickups are expected to go on sale next year as 2024 models. The windshields on both trucks appear more raked and the overall dimensions appear bigger, with an emphasis on improved aerodynamics.