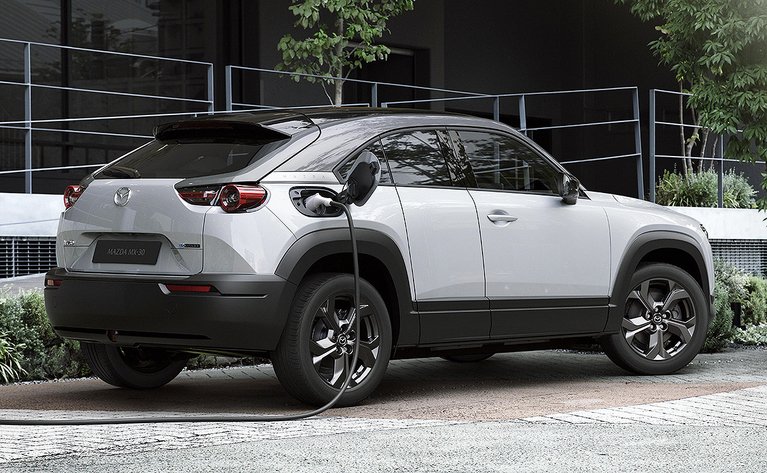 Mazda confirmed that its trademark rotary engine will return this fiscal year in a plug-in hybrid version of the MX-30 subcompact crossover bound for the U.S. The rollout makes good on a promise long in the making to resurrect the powerplant after retiring the technology with the discontinued RX-8 sports car in 2012. The rotary engine will act as a generator to recharge the battery. The battery will power an electric motor that drives the MX-30 just like a full-electric vehicle.

The rotary plug-in version of the MX-30 will debut in the second half of the current fiscal year ending March 31, 2023. It will be introduced in the U.S. and Japan in sequence, a spokesman said.