The Concept EQG's four electric motors are positioned near each wheel to allow individual control and deliver what Mercedes describes as unique driving characteristics both on- and off-road.

Mercedes plans a full-electric version of the G-Class in a move that keeps the brand's long-running off-roader relevant as automakers expand their EV lineups.

Mercedes said the Concept EQG is a "near production" concept that previews a future model.

The Concept EQG was unveiled during an online presentation on Sunday ahead of its public debut at this month's IAA Munich auto show.

The Concept EQG "offers a promising preview of what a Mercedes G-Class with battery-electric drive will be capable of," the company said in a statement.

The concept retains the ladder frame chassis of the G-Class combustion engine model and packages the batteries within the platform. No battery size or range figures were given.

The concept's four electric motors are positioned near each wheel to allow individual control and deliver what Mercedes describes as unique driving characteristics both on- and off-road.

A two-speed transmission allows for the same low-range gear reduction for slow-speed off-roading available on its combustion models.

The G-Class was redesigned and re-engineered in 2018 that overhauled the structure but kept the look of the original off-roader first introduced in 1979.

The Concept EQG keeps the angular looks of the combustion SUV but has been given an electric makeover to differentiate it.

The grille has been blanked off with a so-called "Black Panel" with an illuminated Mercedes badge at its center and a light band around the edge.

The grille also features animated "round squares" in the signature blue of Mercedes' EQ electric models.

The rear wheel has been removed and replaced with a lockable box that recalls the design of a wallbox charger. Mercedes suggests the charging cable could be kept there.

Up top is a flat roofrack with a white LED strip along the front edge that Mercedes says updates the searchlights of more work-a-day off-roaders. Illuminated stripes mark out protective strips around the body.

"For us, the most important thing was to keep the full G-Class DNA but beam it into the EQ age," Daimler head of design Gordon Wagener said in a statement.

He told the congress that the future of the luxury off-roader was assured, despite its niche appeal.

"In the past there were discussions whether we should eliminate the model. The way I see things now, I would say the last Mercedes to be built will be a G-Class," Kallenius said. 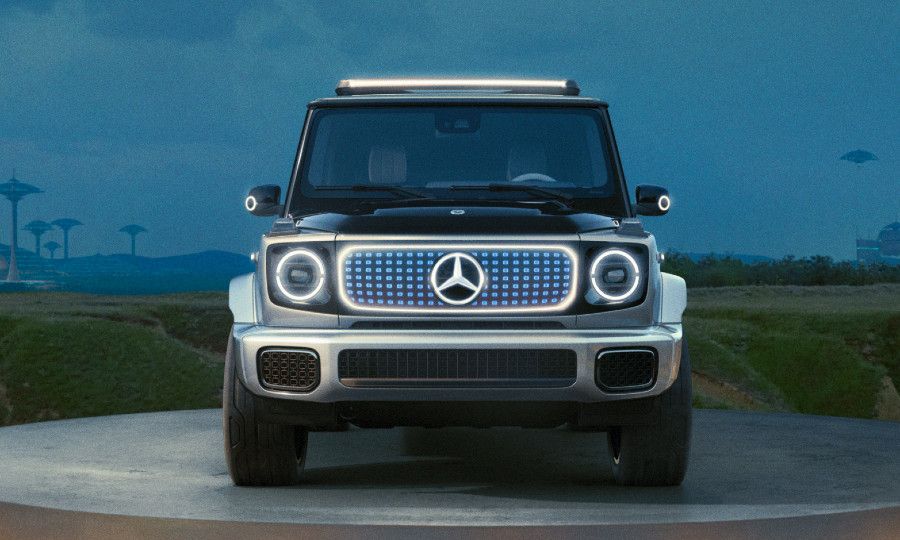 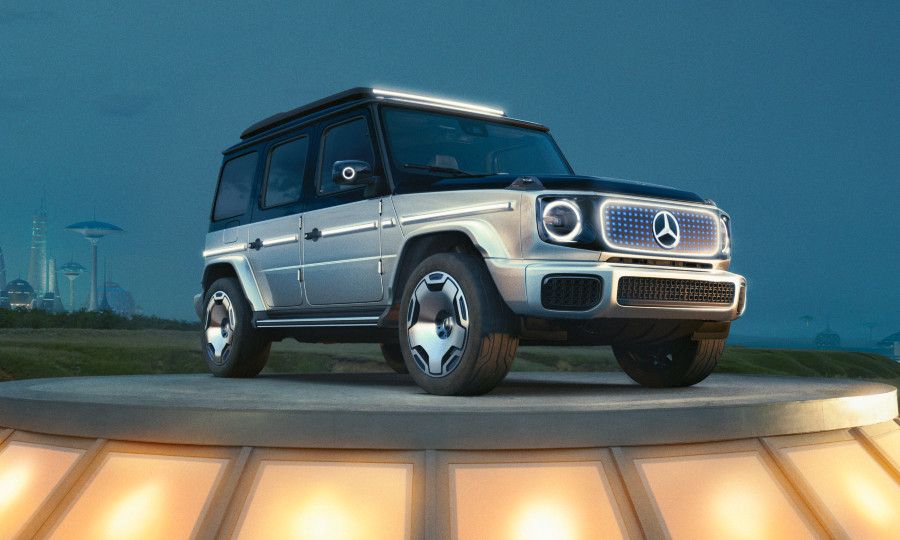 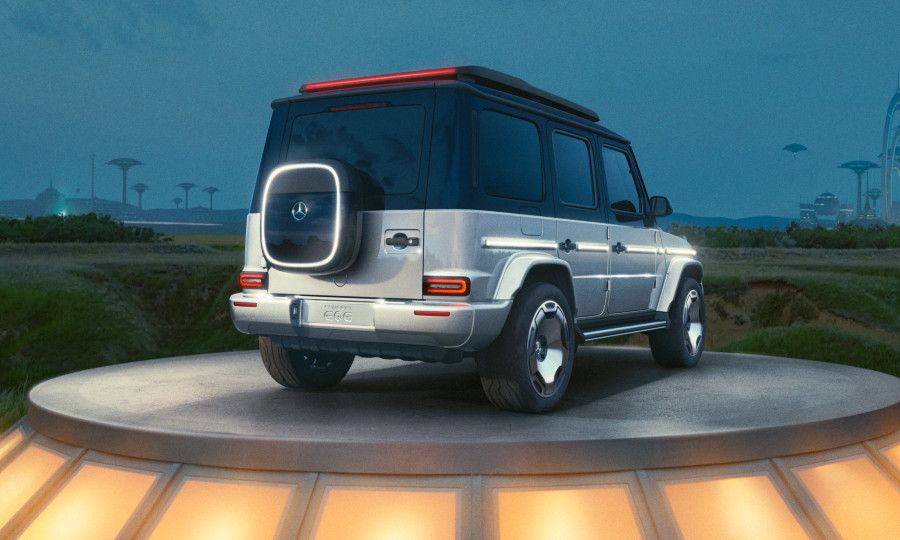 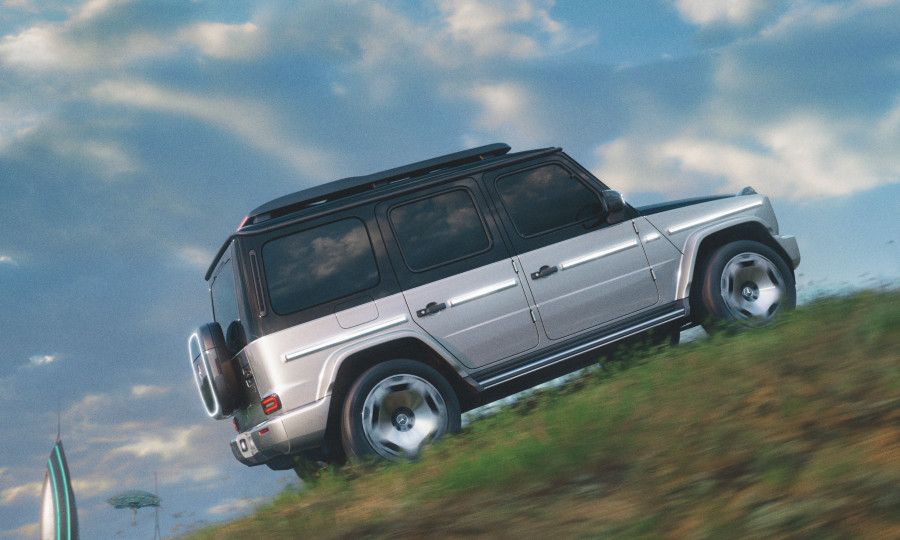 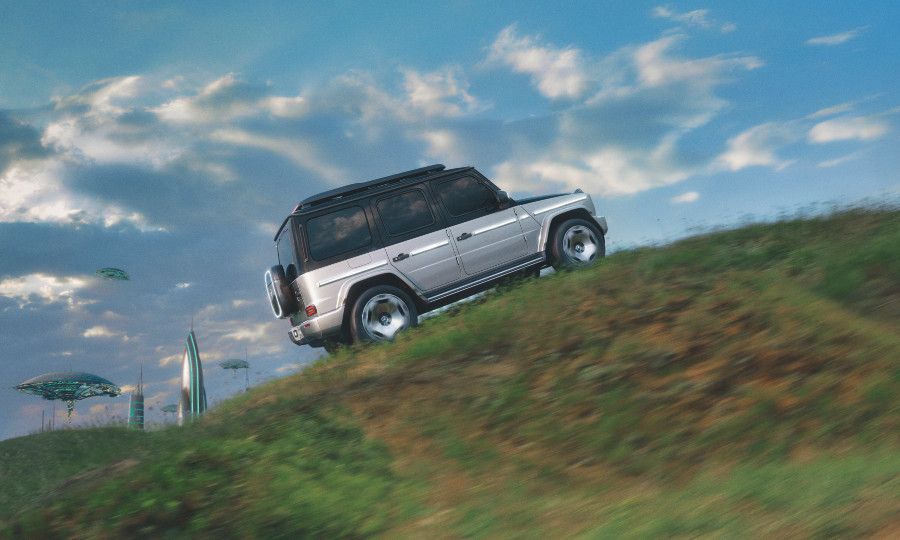