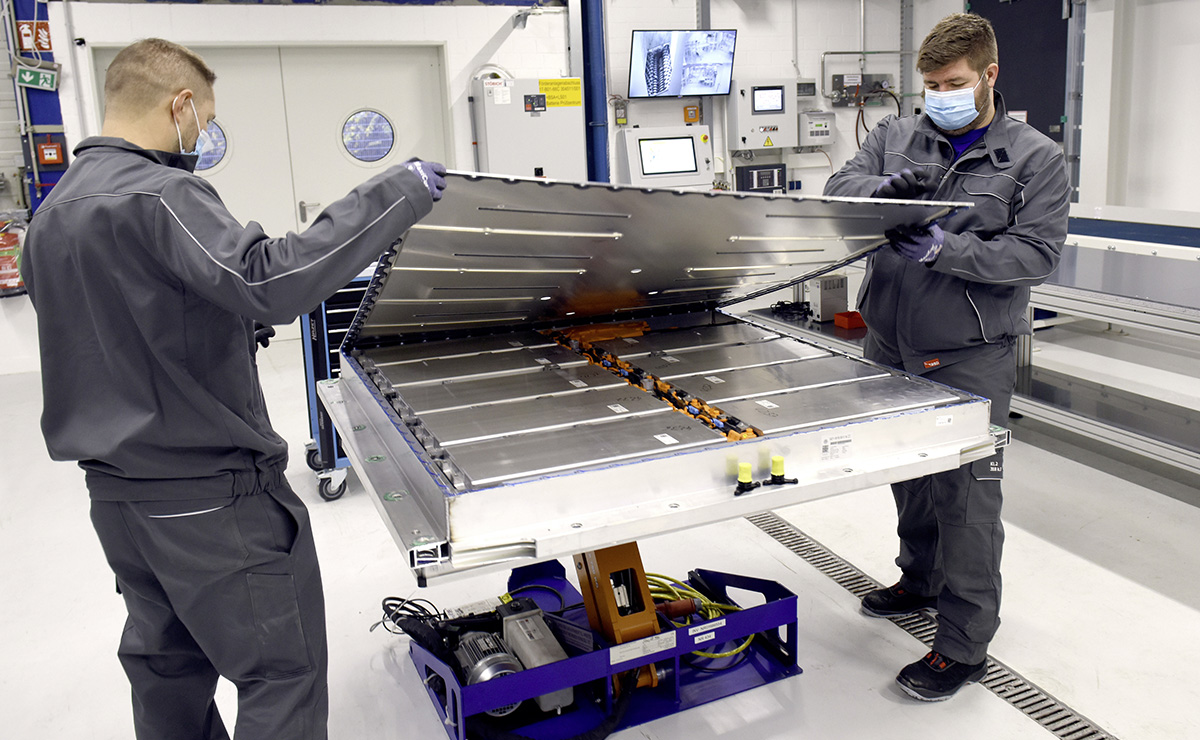 Volkswagen Group has opened a pilot battery recycling plant in the German town of Salzgitter that it believes can recover and reuse up to 90 percent of the valuable raw materials that make up the batteries for its growing wave of EVs.

The plant's recycling efforts are aimed at the end of the use line for lithium ion automotive battery packs, long after their first lives powering vehicles or their second lives as mobile energy storage devices. The plant focuses on the recovery of elements including lithium, nickel, manganese and cobalt from the battery packs, along with aluminum, copper and plastics used in their construction.

Automotive News detailed the automaker's ambitious battery recycling plans in 2019. The plant is part of the multibrand automaker's $86 billion go-for-broke blitz into electric vehicles, including the Porsche Taycan, Audi e-tron, and the VW ID3 and ID4.

The first vehicles in the group's plans are just getting to consumers, which means large volumes of battery recycling won't take place until much later in the decade, the automaker said. Initial volumes of recycling are targeted at only 3,600 battery systems per year, or about 1,600 tons, VW said.

In the Salzgitter plant, used battery packs are fully discharged and disassembled. The individual parts are ground into granules in the shredder and then dried, VW said. Along with more common aluminum, copper and plastics, the grinding process yields valuable "black powder" containing lithium, nickel, manganese and cobalt, along with graphite. The elements are later separated using water and chemical agents by what VW calls "specialized partners."

"As a consequence, essential components of old battery cells can be used to produce new cathode material," Mark Möller, head of the Business Unit Technical Development & E-Mobility for VW Group, said in a written statement. "From research, we know that recycled battery raw materials are just as efficient as new ones. In the future, we intend to support our battery cell production with the material we recover. Given that the demand for batteries and the corresponding raw materials will increase drastically, we can put every gram of recycled material to good use."

GM names its year: 2035 for EVs only Fourteen years ago, General Motors surprised the industry by unveiling the Chevrolet Volt, a car meant to kick-start the automaker's journey toward electrification. In another 14 years, GM hopes to sell nothing but electric vehicles. It has set a goal of discontinuing anything with a tailpipe by 2035 en route to becoming completely carbon-neutral by 2040 — a decade sooner than the target Ford Motor Co. proclaimed just last summer.

Automated-driving tech, finally explained in everyday terms The Levels of Automation were supposed to be for engineers. But the numeric scale that describes the capabilities of driver-assistance and autonomous-driving systems — which runs from Level 0 to Level 5 automation — has spread beyond its initial audience. Created by SAE International, it's now referenced far and wide by industry executives, government officials and others. Trouble is, the Levels of Automation are wonky. For ordinary motorists, they can cause confusion.

Groups urge Congress to support bipartisan AV legislation Groups representing automakers, suppliers, tech companies and other stakeholders are calling on Congress to support bipartisan legislation that will foster the development and safe deployment of automated vehicles in the U.S. In a letter sent Wednesday to congressional leaders, the Coalition for Future Mobility stressed the critical need for a federal framework for AVs that provides "clarity that affirms existing roles and maintains the balance of responsibilities between federal-state-local levels of government, modernizes federal regulatory processes and ensures rigorous safety standards for the continued development and safe deployment of AV technologies."

BMW, Mercedes prepare to duke it out over EVs.

VW plans to challenge Google with own AV software.

States ranked by how their policies enable EV adoption.