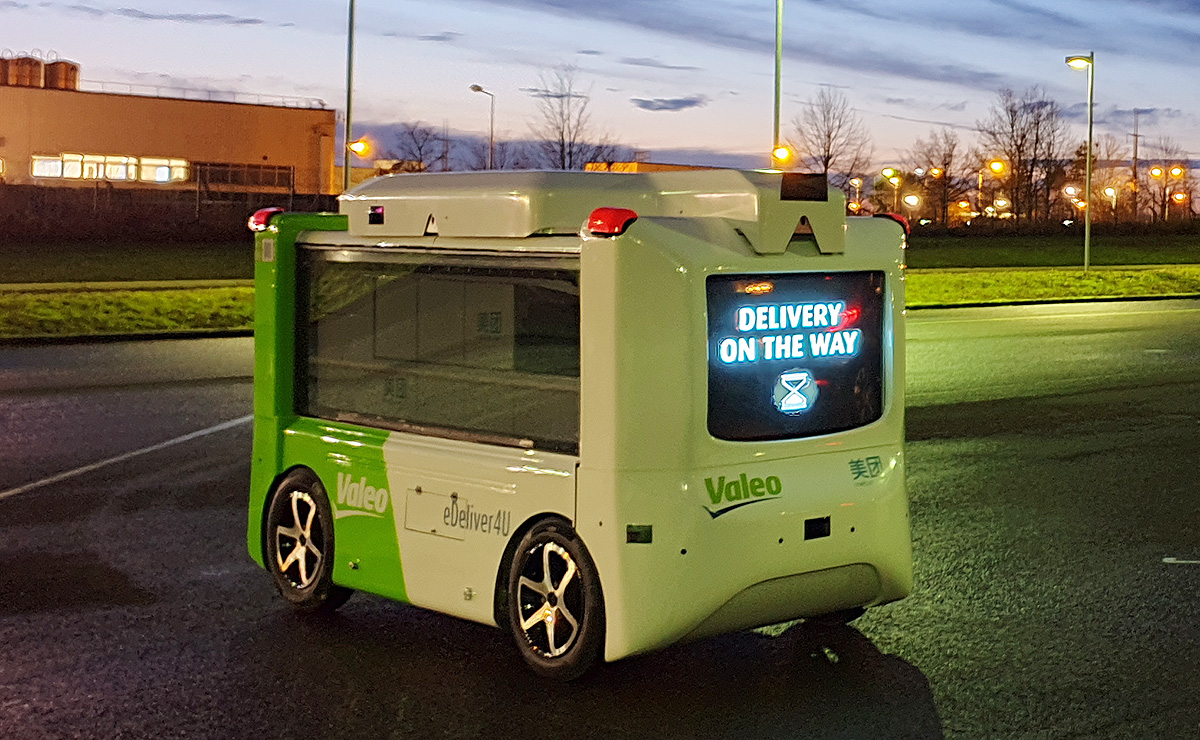 But as most of us make our way back to Detroit, one launch that is unique to note — especially from a Tier 1 supplier navigating its role in the mobility space — was showcased by Valeo.

EDeliver4U goes more than 7 mph and has a range of about 62 miles for delivery of up to 17 meals per trip. According to Valeo, eDeliver4U was developed in partnership with Chinese e-commerce platform company Meituan Dianping.

With the eDeliver4U bot, Valeo joins several other companies — including automakers, Tier 1s and tech teams — that have been developing first- and last-mile autonomous delivery bots to aid with things such as package and food delivery in congested urban environments.

Supplier Continental previously demonstrated a package delivery system that utilizes a robotaxi called CUbE, short for Continental Urban Mobility Experience, which would carry delivery robots and deploy them to handle the last stretch of a delivery logistics chain.

Delivery service FedEx has tested a short-range robot, Roxo, that can travel on sidewalks, along roadsides, on unpaved surfaces and up and down steps.

Ford Motor Co. launched the initial pilot of its package-carrying, two-legged headless android concept named Digit last year, and Nuro, a self-driving delivery company, has piloted delivery programs through partnerships with Kroger and Domino's. Whether the robots will weather any number of uncertainties about these future technologies is yet to be seen, but Valeo's attracted quite a bit of attention. 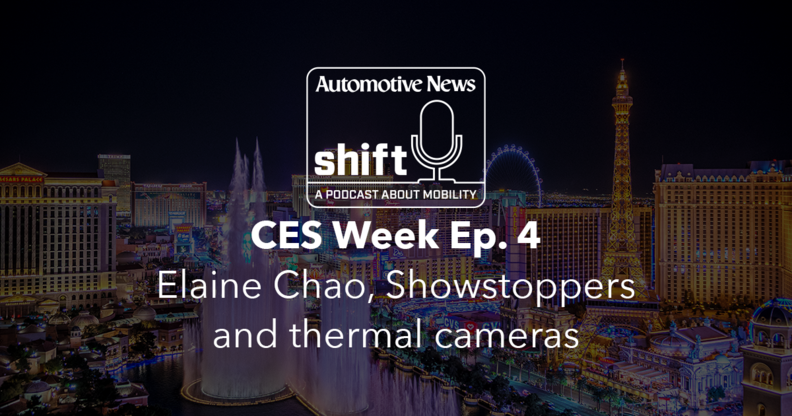 Consumers hesitant about spending on AV, EV technology, survey shows Consumers around the world are unsure about spending their money on autonomous and electric features, a survey released at CES by global consulting firm Deloitte showed. Fifty-eight percent of U.S. respondents to the 2020 Global Automotive Consumer Study said they are unwilling to pay more than $500 for autonomous features. However, the study said there is some evidence consumers have become more willing, over the last five years, to pay "something" more for autonomous and alternative engine technologies, with increases from 1 to 9 percentage points in every country surveyed from 2017 to 2020.

Sony, the entertainment giant, partnered with supplier Benteler on a prototype vehicle.