Toyota hones in on maps for AVs 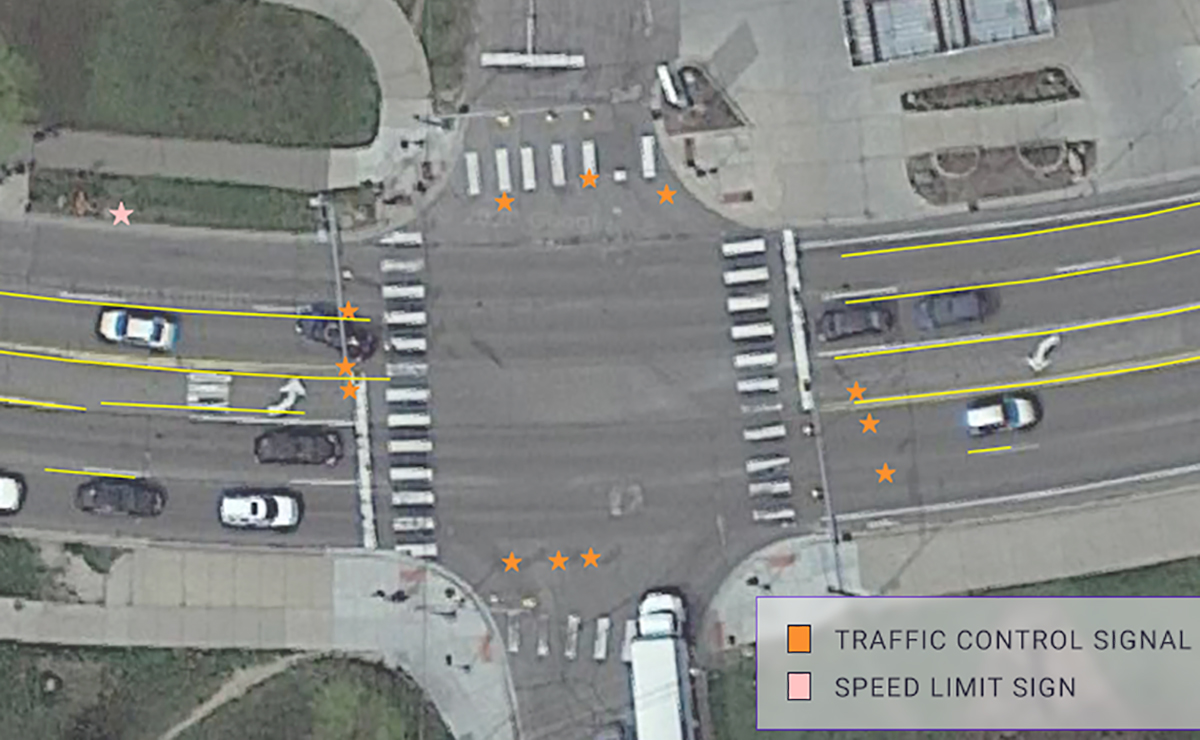 Photo above courtesy of CARMERA

For a driver trying to find her way to an unfamiliar address, a GPS system that's accurate to within a few meters is considered pretty good. But when you take the human out of the equation and cars are driving themselves, navigating will require much more precise, high-definition maps, with accuracy measured in centimeters.

Toyota Research Institute-Advanced Development Inc., known as TRI-AD, announced this week that, working with various partners, it had completed proofs of concept that show how high-definition maps of surface roads can be created with a relative accuracy of less than 50 centimeters, about one and a half feet.

"We got a step closer to a future where automated driving becomes a safer and more accessible technology for all," Mandali Khalesi, the research institute's vice president of automated driving strategy and mapping, said in a statement.

One approach the institute explored is replacing data collected through traditional means, such as survey vehicles, with data from satellite images and from aftermarket dashcams mounted on vehicles.

In another project, the institute collaborated with road-intelligence company Carmera Inc. to use dashboard-mounted cameras to detect road features such as lane markings, traffic signals and signs.

The institute also is exploring ways to apply data from its TRI-AD Automated Mapping Platform to other companies' software platforms. For instance, it worked with TomTom International and auto supplier Denso on a proof of concept in which TRI-AD vehicles were equipped with Denso sensors. The resulting observations were converted and corrected by TRI-AD's software for input into TomTom's cloud-based "transactional mapmaking platform."

Finally, the Toyota institute also collaborated with Here Technologies, the location company whose owners include Audi, BMW, Daimler and Intel.

The institute says its projects can result in faster updating of HD maps, lower costs and increased map coverage. It pointed out the need for better surface-street mapping in a February news release: "While the creation of highway HD maps is underway, this coverage represents less than 1 percent of the worldwide road network," the group said. "The next challenge is to create and maintain maps for urban areas and local roads that go beyond the highway road network."

GM eyes EV leadership With dozens of electric vehicles under development, electric motor and battery manufacturing in-house and the partnerships needed for sprawling charging networks in place, General Motors isn't just experimenting with EVs anymore. Its EV business is all-encompassing. GM intends to leap ahead of competitors that were quicker to get serious about electrification by flooding the market with profitable, long-range models. The automaker is pledging $20 billion toward electric and autonomous vehicle programs through 2025 and says its battery costs will soon fall below $100 per kilowatt-hour, the threshold widely seen as making EVs competitive with internal-combustion vehicles.

New IIHS safety recommendations Automated driving technology such as Tesla's Autopilot and Cadillac's Super Cruise should be designed to have the driver actively engaged at all times, the Insurance Institute for Highway Safety said Thursday. IIHS, a nonprofit group funded by auto insurers, issued a set of safety recommendations for the design of such systems. The guidelines address ways to minimize driver disengagement and system misuse. Several Level 2 systems — the highest level currently available for vehicles in production — control acceleration, braking and steering to keep the vehicle traveling at a set speed and centered in the lane, while maintaining a selected following distance from the vehicle ahead. The systems require the driver to remain attentive and ready to intervene, but IIHS said some designs make it too easy for the driver to disengage and heavily rely on the system.

Waymo raises $2.25 billion in first external funding round Maybe Waymo is no longer impervious to the massive costs involved in researching and developing self-driving technology. Maybe the company is preparing to spin out from its parent company. Or maybe this was the plan all along, as CEO John Krafcik said. Whatever the behind-the-scenes machinations, most industry experts and analysts concurred that Waymo's first external funding round marked a significant juncture for the former Google Self-Driving Car Project, which has been at the forefront of the push to commercialize autonomous-driving technology for more than a decade. Last week, Waymo announced it raised $2.25 billion, with private equity firm Silver Lake, Canada Pension Plan Investment Board and Mubadala Investment Co. leading the round.

Tesla is on the hunt for Cybertruck plant location in central U.S.

SXSW festival's cancellation upended auto industry discussions that were planned there. Meanwhile, the New York auto show has been postponed until August.

The Alliance for Automotive Innovation is calling on the Federal Communications Commission to abandon a proposal that would split portions of a spectrum long assigned to automakers for vehicle safety.

How PSA will take control of its electrified powertrains.

Audi adds power to its EVs to fight Tesla.

Michigan must be unified in the growing mobility sector, writes the state's governor, Gretchen Whitmer.

For fledgling Chinese electric vehicle maker Bordrin and its North American president, Jerry Lavine, the year had begun routinely enough. But the coronavirus spread means "it's going to be an interesting year."

British Airways is testing a self-driving, electric scooter at New York's John F. Kennedy International Airport for customers with disabilities. The airline says the scooter "navigates the terminal without the need for assistance from travel companions or the airport support team, currently responsible for escorting customers from check-in directly to the boarding gate." British Airways is planning to expand the test to London's Heathrow airport later this year.