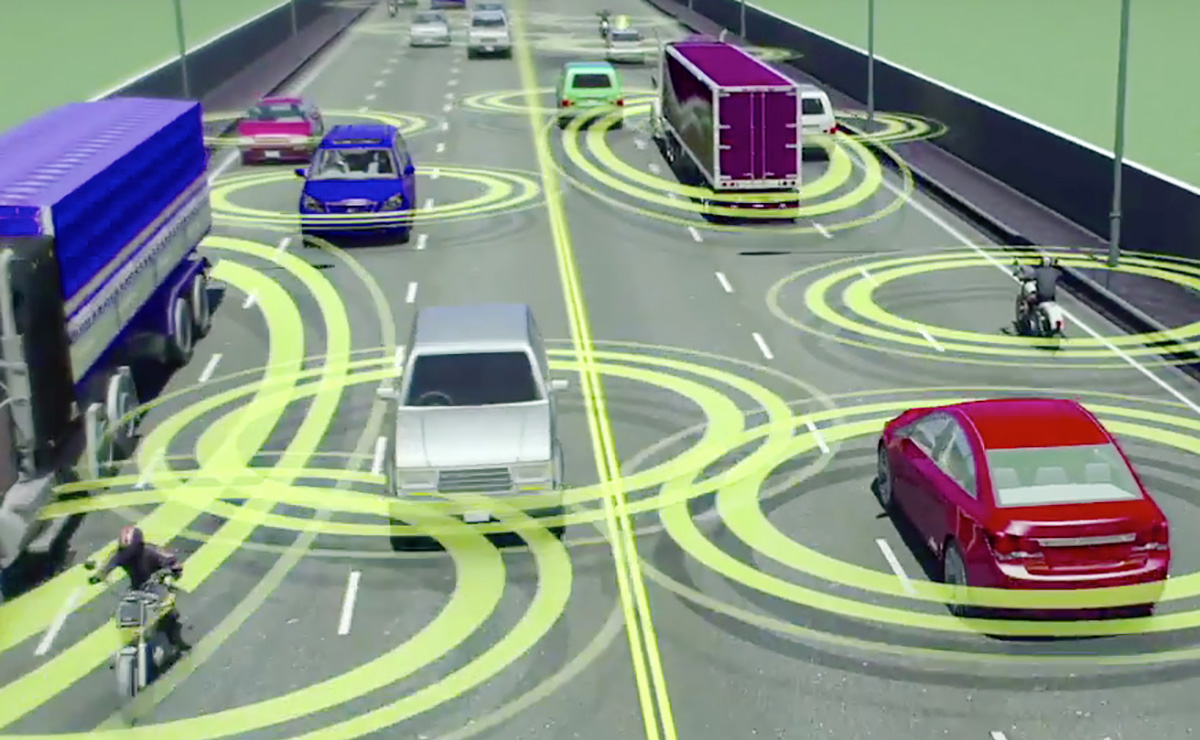 Transportation department chiefs in all 50 states, the District of Columbia and Puerto Rico are urging the Federal Communications Commission to continue reserving a swath of wireless spectrum in the 5.9-gigahertz range for potential use by "talking cars."

"The loss of 36,750 lives last year on our nation's highways and streets demands that we act boldly," members of the American Association of State Highway and Transportation Officials said in a Monday letter to FCC Chairman Ajit Pai.

The FCC set aside that part of the wireless spectrum for intelligent transportation in 1999 to encourage automakers to develop lifesaving vehicle-to-vehicle, or V2V, technologies using dedicated short-range communications, known as DSRC. The objective was to give cars the ability to transmit messages to one another about road conditions and hazards.

Citing slow progress on talking cars, other industries have been pressuring the FCC to open that part of the spectrum for them to use. The Internet & Television Association has called the 5.9 GHz band "the future of Wi-Fi," saying it's a critical tool to end Wi-Fi bottlenecks.

Pai told the Wi-Fi World Congress in May that DSRC is stuck in neutral and it's time for the FCC to take a fresh look at the band and open a rule-making proceeding. In a Twitter post, he said the band had been "largely fallow for two decades," adding: "It's time to launch a comprehensive review of the future of this band, make a sober assessment of the facts, and then make a timely decision on the best way forward."

In an interview with Automotive News on Wednesday, Gloria Bergquist, a spokeswoman for the Alliance of Automobile Manufacturers, said it's possible the FCC could initiate rule-making as soon as next month to force automakers to share the spectrum with nontransportation users.

The alliance contends NHTSA must complete a third testing phase to see if sharing the spectrum would even be safe.

"You can't have, call it low latency, where the signal isn't going fast enough because people are sharing it when you're in a car on a highway," Bergquist said.
"We actually want the ability to use the spectrum and have confidence in it for autos. And we can't really speak to the idea of sharing it yet because the testing hasn't been done. If they could do the testing, and we all feel confident, that's terrific. We could share it if the testing says we could, but we just need to be sure that the spectrum is going to be safe."

In December 2016, during the waning days of the Obama administration, the U.S. Department of Transportation proposed mandatory installation of vehicle-to-vehicle communications technology on light vehicles using DSRC, but that effort has languished in the Trump administration.

Meantime, automakers are divided on whether the Wi-Fi-based system is the best technology to enable talking cars.

Cadillac announced last year that it plans to offer V2X, or vehicle-to-everything, communications using DSRC in a high-volume crossover by 2023 and to eventually expand the technology across its portfolio.

But in April this year, the DSRC camp suffered a major blow when Toyota Motor Corp. said it was halting plans to install the technology in its vehicles. A few months earlier, Ford Motor Co. said that starting in 2022, it would outfit all new models with an alternative technology called cellular vehicle-to-everything technology, or C-V2X, which runs on 5G cellular networks. The automaker gave Pai a C-V2X demonstration in an F-150 in June, and Pai later tweeted that the demo underscored the importance of discussing the 5.9 GHz band.

In their letter to Pai, the state transportation officials said the debate over how to best use the 5.9 GHz spectrum "should not be an excuse to open the spectrum for non-transportation safety purposes."

Electrify America's throwback ad Electrify America — a unit of Volkswagen Group of America overseeing a multiyear electric vehicle awareness campaign — is attempting to normalize EVs by drawing comparisons to the earliest days of the Internet, cellphones and online dating. A nostalgia-laden digital campaign, called "Normal Now," launched Monday. It draws parallels between EVs and technologies that once seemed niche but are now commonplace. The effort is part of a $42 million education and public awareness initiative.

Ford's EV production plans Ford Motor Co. plans to build two midsize battery-electric crossovers for the Ford and Lincoln brands at a plant near Detroit for the 2023 model year, Automotive News has learned. Three sources with knowledge of Ford's plans say scheduled production of the vehicles, code-named CDX746 and CDX747, was moved to the Flat Rock Assembly Plant in Michigan from Cuautitlan, Mexico. The vehicles are similar in size to the Ford Edge and Lincoln Nautilus but will be built on the company's battery-electric vehicle platform, the sources said. Production will start in late 2022 or early 2023. Ford has asked suppliers to prepare for production of up to 65,000 vehicles per year, one of the sources said.

Too much public road AV testing, exec warns A whistleblower who alerted Uber officials to safety problems in the company's self-driving program days before a fatal crash has a warning for the broader industry. Robbie Miller says auto and tech companies testing autonomous vehicles are driving too many miles on public roads, causing crashes at rates higher than human drivers and endangering motorists and pedestrians. He says a fundamental rethinking is needed around safety standards and safety culture for the testing of self-driving vehicles.

Listen to the latest Shift podcast

Waymo is releasing its first set of multimodal sensor data for autonomous driving, which will be accessible to researchers for free on its website, in hopes of accelerating advancements in the field.

Denso is scouting office space in Pittsburgh near an AV hub, a report says.

Cost and practicality are deterring customers from buying EVs, according to a Cox Automotive study. But Cox says much of the concern is based on misconceptions.

It's destination electrification for Jaguar Land Rover and Volvo.

Apple is partnering with Porsche to bring Apple Music's streaming service to the automaker's battery-electric Taycan.

At Magna, the future focuses on cameras.

The Oxford dictionary says a “car” has an internal combustion engine. Jaguar, maker of the electric I-Pace, begs to differ.

Jaguar takes on Big Dictionary, thanks to its I-Pace EV.