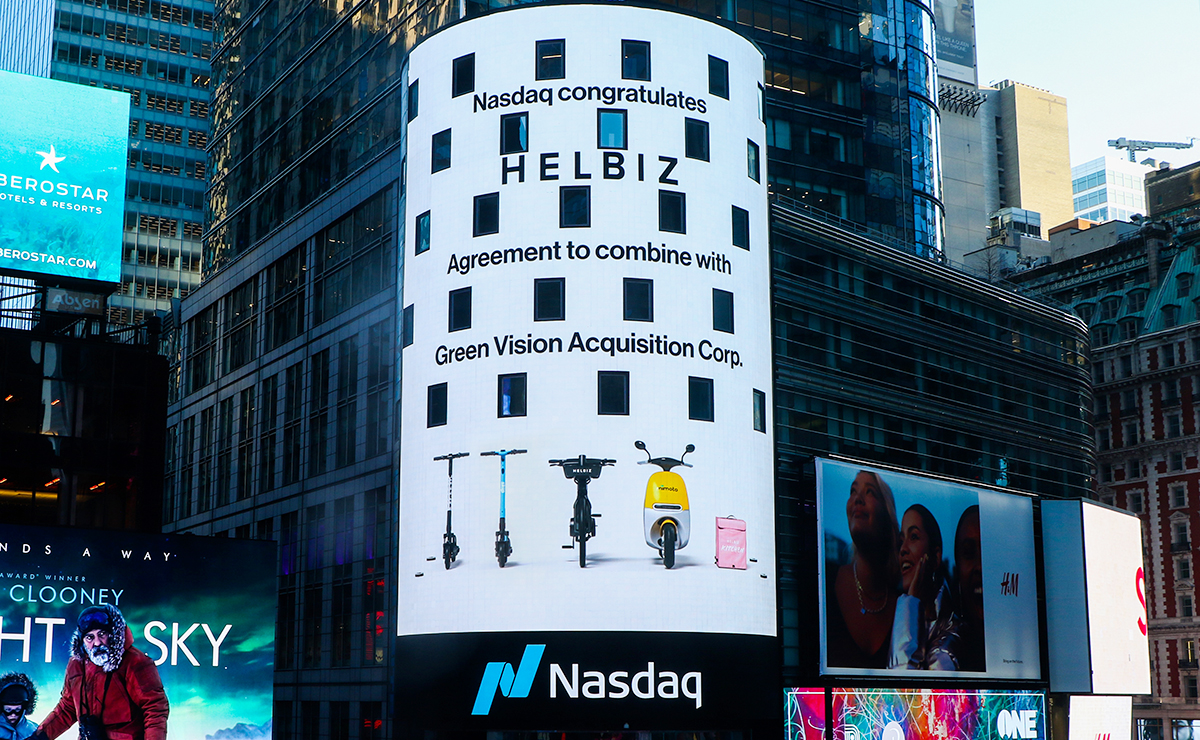 SPAC mania has reached the world of micromobility.

Helbiz Inc., a New York company that offers e-scooters, e-bicycles and e-mopeds, announced this week that it is going public on NASDAQ through a merger with GreenVision Acquisition Corp.

GreenVision is a special-purpose acquisition company, commonly known as a SPAC. These entities, also called blank-check companies, are publicly traded and formed with the sole purpose of merging with another company. SPACs offer an alternate path to public markets vs. a traditional initial public offering. In recent months they have grown in popularity among EV startups and lidar companies.

The deal is expected to close at the end of the second quarter and values Helbiz at $408 million.

The announcement comes just two months after Helbiz announced it was acquiring the sharing operations of scooter company Skip as part of a global expansion plan. Skip operated a fleet of 2,500 scooters in Washington, D.C.

"As one of the leaders in the space, Helbiz has distinguished itself as the only company to offer e-scooters, e-bicycles and e-mopeds all on one user-friendly platform and is well positioned to provide a seamless last-mile solution as the expected transition to micromobility accelerates," Fu said.

Toyota, Denso form robotaxi partnership with Aurora Self-driving startup Aurora unveiled a partnership Tuesday with Toyota Motor Corp. and affiliated supplier Denso Corp. that will bring the three companies' engineering teams together in an effort to develop autonomous minivans. The agreement comes two months after Aurora acquired Uber's Advanced Technologies Group, which had counted Toyota and Denso as prominent investors. Together, Toyota, Denso and Aurora will develop a self-driving Toyota Sienna minivan that can be mass-produced and deployed on ride-hailing networks, with Uber's being a prime destination.

AV safety rule faces uncertain fate Six days before President Joe Biden's inauguration, NHTSA officials finalized a rule that, among other things, exempts self-driving vehicles designed to never carry human occupants from crashworthiness standards. It seemed to be a big development for companies focused on delivery-only autonomous applications, such as Nuro, which have gained traction as consumer demand for delivery services increased during the pandemic. But here's the complication: The new rule goes into effect only after it's published in the Federal Register. That did not happen before the Biden administration began, and now the rule is among many under regulatory review by new U.S. Department of Transportation leadership.

Biden's federal fleet EV plan raises capacity questions President Joe Biden is looking to make all U.S. government vehicles electric — an ambitious plan that underscores his administration's interest in mitigating climate change and bolstering U.S. manufacturing through electrification. So far, there has been resounding support for Biden's order from industry leaders, policymakers and lobbyists. But there are some questions as to how realistic it is to manufacture these EVs in the U.S., and what the implications are for the industry.

EVgo says it will retrofit half of its 800 U.S. charging stations to accommodate Tesla vehicles.

Toyota Motor North America says it will introduce two battery-electric vehicles and another plug-in hybrid in 2021.

How Amazon, Google are transforming the auto industry.

A prescription for saving lives.

The TIGER has a leg-and-wheel propulsion system, with 360-degree directional control

Gatik marries self-driving tech with electric trucks
VW battery recycling plant comes online in Germany ahead of EV push
Sponsored Content: The Why and How of Switching DMS Solutions after 30 Years