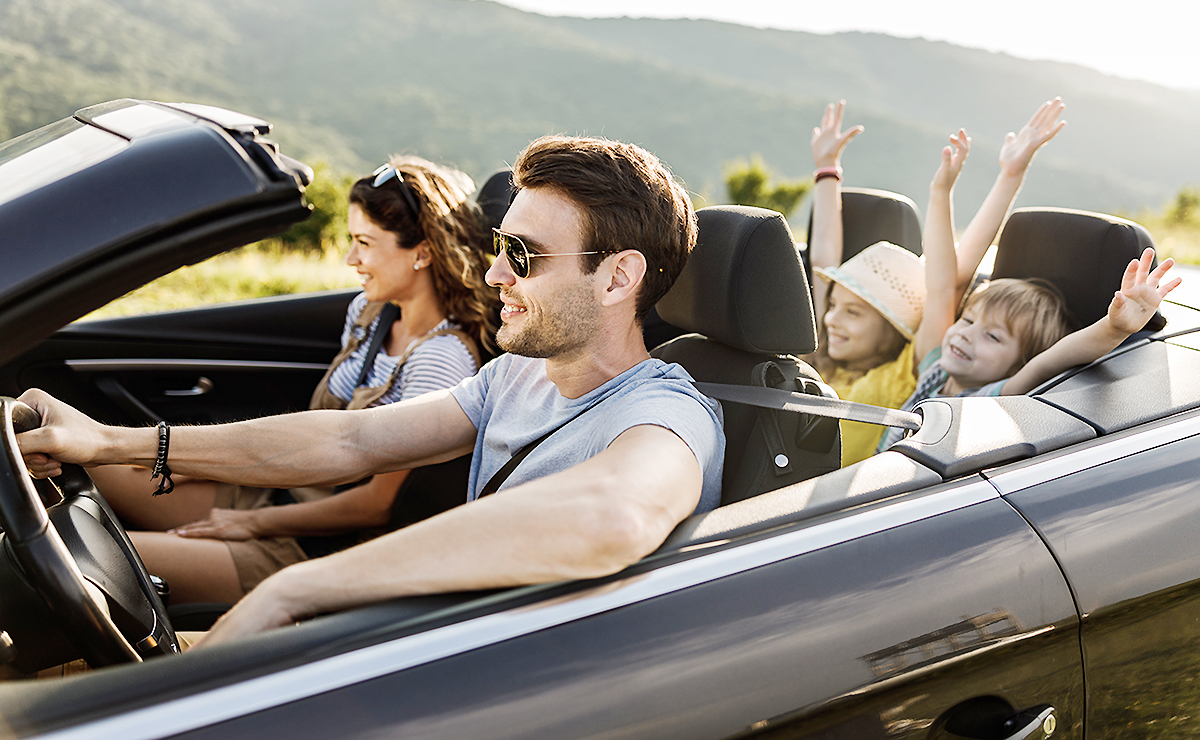 For some, the great American road trip might be returning in full force this summer.

After more than a year under various pandemic-related restrictions that left many people hesitant to travel, or even use public transportation, Americans are starting to get out and about again.

Ahead of Memorial Day weekend, AAA Travel forecast that more than 37 million people in the U.S. would travel 50 miles or more from home. The Transportation Security Administration ended up seeing about 8.8 million people pass through its airport checkpoints between Friday and Monday.

But while air travel is increasing, Bridgestone Americas found that some people are still more inclined to hop in the car.

Nearly 4 in 5 Americans feel safer traveling in a car than on a plane this summer, according to a survey conducted by the Nashville-based subsidiary of tire supplier Bridgestone Corp.

The study, released last week, involved more than 1,000 U.S. adults who own or lease a private vehicle.

The survey also found that nearly one-third of Americans plan to travel more than 500 miles by car this summer.

But even with easing travel and mask restrictions, as well as the uptick in the number of Americans vaccinated and the decrease in COVID-19 cases, some aren't yet eager to hit the road or be around large groups of people, Bridgestone found.

Only 13 percent of respondents said they will visit crowded destinations, while 15 percent said they will continue to stay close to home for the foreseeable future.

Uber sees gradual return of U.S. drivers, modest decrease in wait times Uber Technologies Inc. said Tuesday that drivers were gradually returning to its ride-hailing platform, allowing for a modest decrease in passenger wait times as the company seeks to take advantage of a return in travel demand. Uber said the week of May 17 marked a record for drivers returning to the road since the start of 2021, with active driver hours increasing 4.4 percent from the previous week. Overall, Uber said 33,000 drivers joined its U.S. platform during the week of May 17. Most of them had stopped working last year over health concerns and a lack of customers.

7-Eleven to install EV fast chargers at 250 N.A. stores Convenience retailer 7-Eleven plans to put at least 500 electric vehicle fast chargers at 250 stores across the U.S. and Canada by the end of 2022. That's up from 22 charging stations the chain currently operates at 14 stores in four states. The plan to install the fast chargers comes as 7-Eleven says it is working on a goal to cut its carbon emissions in half by 2030. The plans underscore the market challenge in the transition to EVs in North America: range anxiety among potential buyers.

Two groups challenge U.S. decision to shift auto spectrum to wireless devices Two prominent transportation advocacy groups on Wednesday challenged the Federal Communications Commission's November decision to shift much of a key spectrum block set aside for auto safety to accommodate the burgeoning number of wireless devices. The Intelligent Transportation Society of America and the American Association of State Highway and Transportation Officials brought a legal challenge in the U.S. Court of Appeals for the District of Columbia seeking to reverse the FCC's reallocation of 60 percent of the 5.9-gigahertz band spectrum block.

Toyota Motor North America gives journalists an up-close look at the vehicle that will mark its return to the battery-electric segment beginning next year, the Toyota bZ4X concept.

At least three members of Apple's car management team have departed this year.

Toyota Motor North America has added a data privacy portal to its Toyota and Lexus apps.

The drama behind Italy's fight to win a new Stellantis battery plant.

"It's incumbent on marketers and dealers to level with consumers about the physical limitations and trade-offs with EVs," an Automotive News editorial says.

After more than a century making wheels for kids, Radio Flyer is launching its first products for adults. The Chicago maker of iconic wagons and tricycles is launching electric bicycles and scooters.