Sometimes it's easy to be lulled into the belief that San Francisco ranks as the first major robotaxi battleground, with Waymo and Cruise providing service there and Zoox ostensibly not far behind.

But it's a provincial view of the industry. Don't discount developments on the streets of Beijing, where Baidu and Pony.ai both received permits from regulators to expand the scope of their service in the city.

Starting Thursday, Baidu was authorized to operate driverless service open to the public in the city during certain daytime hours. The company says 10 AVs will begin offering rides within a designated 60-square-kilometer section of the city. They join a fleet already operating as part of Apollo Go, Baidu's autonomous ride-hailing service.

Meanwhile, Toyota-backed Pony.ai, which has been testing in Beijing since October, received a permit for public robotaxi operations in the Yizhuang section of the city. The company says, for now, it will keep human safety supervisors in the front passenger seat of its vehicles.

Their competition is symbolic of the autonomous-vehicle developments taking place across China. DeepRoute.ai said this week the company's 30-vehicle fleet of SUVs will deploy in Shenzen in "the coming months."

Not to be outdone, robotaxi company WeRide launched its Robosweeper this week, a self-driving street-sweeping product developed as "we observed a surge of needs on environmental services" during the pandemic, says WeRide CEO Tony Han.

Such a snapshot of one week's worth of developments is a good reminder there's a frenzy of activity not just in the Bay Area, but around the world.

EV adoption faces many speed bumps: Consumer interest in EVs might not translate into as many sales as automakers and regulators would like. Supply chain snags will likely prevent the industry from meeting demand.

DARPA working on another off-road AV project: The federal agency behind the self-driving industry's formative competitions is working with Intel Labs to develop off-road simulation tools.

Energy Department working with automakers on grid connections: Ford, GM and Lucid have joined a collaboration led by the U.S. Department of Energy that wants to know how electric vehicles might boost the nation's future energy grid. 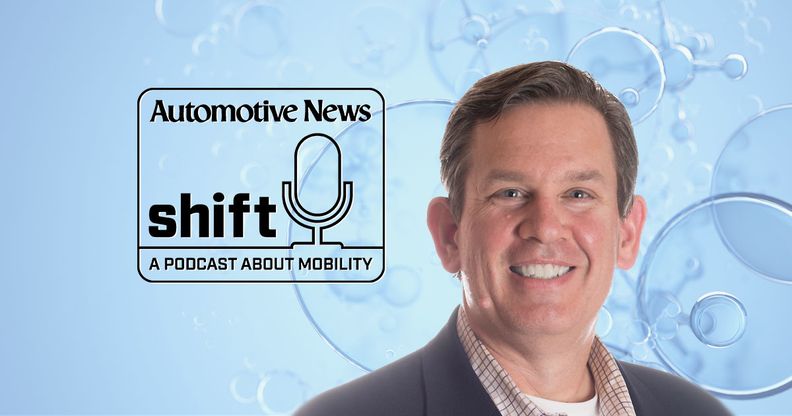 Nissan becomes the latest automaker to link up with lidar tech company Luminar.

A new study from Anderson Economic Group found EVs are more cost-efficient than driving ICE vehicles – for owners in the luxury segment.

Ford-backed Cavnue seeks to create a dedicated lane on Interstate 94 in Detroit area for self-driving cars.