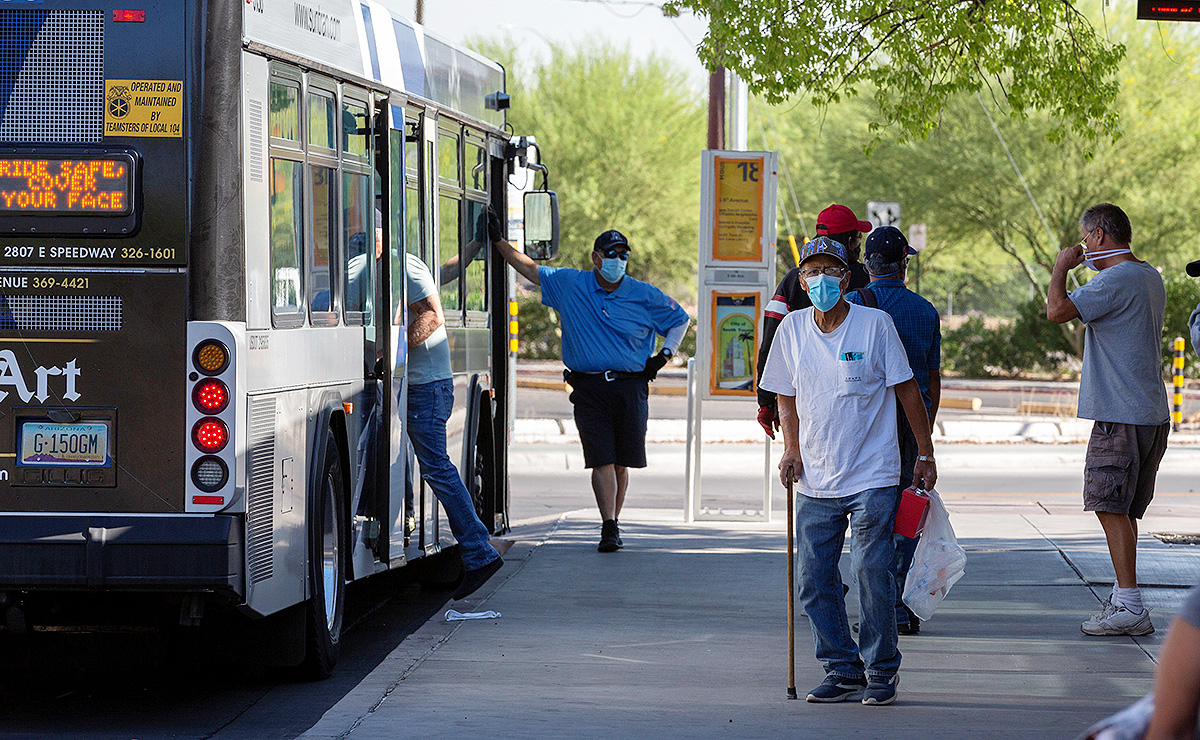 New evidence suggests that U.S. consumers remain wary of using shared mobility services, such as public transportation, taxis and ride hailing, in light of COVID-19. At the same time, traffic statistics show more people are warming up to the idea of driving a personal car.

The IBM Institute for Business Value surveyed more than 18,000 U.S. consumers in May and early June. Fifty-three percent of respondents who regularly used public transportation said they would reduce or discontinue using these services.

About half of people who use shared mobility services said they would decrease or completely stop their usage. That was in line with survey results from April.

In a report released this week, the company said traffic, after dipping 41 percent below average in April, returned to pre-pandemic volumes the week of June 7, a week earlier than previously forecast. "Based on current forecasts, Urgently expects traffic to continue to increase, reaching as much as 130 percent of historic volumes by mid-July," the company said in a news release.

In an Urgently survey of 531 U.S. consumers, 27 percent expect to increase use of personal vehicles as stay-at-home orders lift and the economy reopens, and close to 23 percent plan to cut down on using public transportation.

In the latest IBM Institute survey, 60 percent of respondents who don't own a personal vehicle but want to use one said they would buy one. Renting might be the compromise some have settled on – the other 40 percent said they would rent a vehicle until shared mobility options became safe.

Consumers also seem to be putting importance on following coronavirus safety protocols. Nearly half of people who said they would decrease or stop using shared services said they would not use such services at pre-pandemic levels unless passengers wore masks and practiced social distancing.

More than one-third said that transit services' "trustworthy use of disinfectant policies and methods would make a difference in their behavior," although this difference was not specified.

IBM also provided suggestions to companies in the auto industry for taking consumers' shifted mobility preferences in stride, such as adopting digital services and facilitating transparent communication with customers.

Jaguar to test wireless charging of I-Pace taxi fleet Jaguar Land Rover is teaming up with the city of Oslo, Norway, suburban Philadelphia's Momentum Dynamics and others to test a wireless electric vehicle charging system.

The system uses inductive charging, which relies on magnetic forces to transmit electricity from pads in or on pavement. Twenty-five I-Pace electric crossovers are being modified by Jaguar and Momentum Dynamics engineers to accept wireless charging. They will then be shipped to Norway and placed in a taxi fleet.

Mercedes-Benz and Nvidia join forces Mercedes-Benz and Nvidia are working to enable advanced technology features that can be continuously updated over the air across Mercedes' entire lineup beginning in 2024 — effectively ensuring vehicles won't be rendered obsolete as new advancements hit the market. The Silicon Valley chipmaker and the German automaker announced Tuesday that they are developing a "software-defined" vehicle system that will enable updates for automated driving features and other safety and convenience applications. They will deploy the system using Nvidia's Drive platform.

Robotaxis may not solve health care mobility issues Poor people stand to gain substantial health benefits from the arrival of autonomous vehicles. But a new study finds they're least likely to afford the rides. Affordability concerns surrounding self-driving technology mean low-income citizens will largely miss out on improved access to transportation and the chance to buy cars equipped with systems that prevent collisions. The study, published this month by the American Journal of Public Health, deflates some longstanding optimism from industry executives and government leaders who have touted autonomous vehicles as a means for improving the health of U.S. residents.

Startup plots route of its own There's one question that permeates almost every discussion surrounding self-driving vehicles: When are they coming? For self-driving truck startup Kodiak Robotics, there's a more relevant question: Where are they coming? In the company's two-year existence, Kodiak engineers have concentrated on geography instead of timelines.

Didi aims for 1 million robotaxis on ride-hailing platform by 2030.

BMW and Mercedes have put self-driving alliance on hold.

Thirty percent of drivers turn off adaptive cruise control, according to a survey released Wednesday by Erie Insurance, making it the top safety feature that drivers disable.

There's new competition over delivery vans, some of which are going to be electric.

A building in downtown Detroit is getting a system that will park your car for you, as Crain's Detroit Business points out.