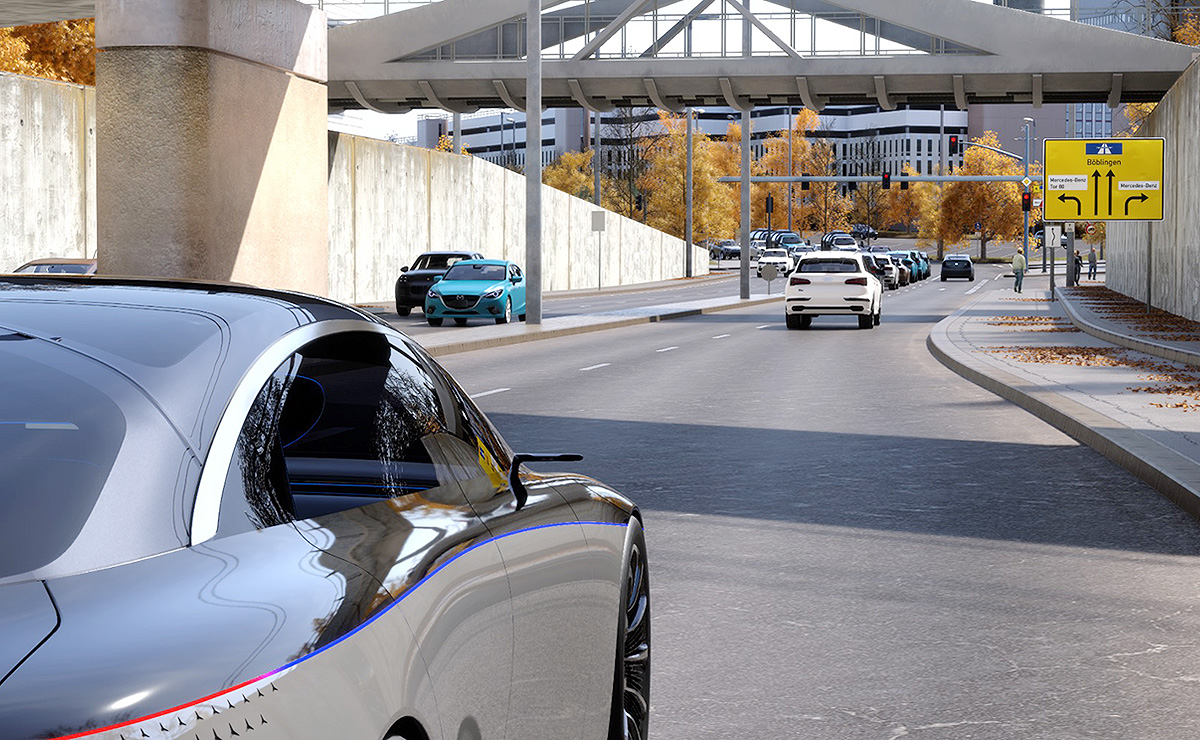 Nvidia Corp. made several mobility-related announcements this week, reasserting the ambitious role that the tech company hopes to play in autonomous vehicle development.

Nvidia said its next system-on-a-chip technology, which will be available in a couple of years, will achieve 1,000 trillion operations per second — known as TOPS — and will also have an additional layer of cybersecurity via Nvidia's BlueField data processing unit.

The chip "fuses AI and software with the latest in computing, networking and security" and expands upon Nvidia's original Drive Xavier processor — already in production cars and trucks – as well as its Drive Orin processor, which will be a part of vehicle production beginning in 2022. Compared with Atlan, Nvidia's Xavier is capable of 30 TOPS, and Orin can achieve 254.

Atlan is slated for 2025 models and beyond.

"The transportation industry needs a computing platform that it can rely on for decades," Huang said in a press release. "The software investment is too immense to repeat for each car.

"Our new Drive Atlan is truly a technical marvel," he said.

During GTC, the company also announced Drive Sim, a simulated, cloud-based "proving ground" for use in development of self-driving vehicles.

Nvidia also said it has booked more than $8 billion in automotive business over the next six years. Among those using Drive products to power their AV development are Zoox, SAIC and Volvo, which said it will use Nvidia's Drive Orin chips to enable more autonomous driving functions starting next year.

"To achieve higher levels of autonomy in more conditions, the number of sensors and their resolutions will continue to increase," Huang added. "AI models will get more sophisticated. There will be more redundancy and safety functionality. We're going to need all of the computing we can get."

Report: GM to announce second U.S. battery plant, in Tenn., with LG Chem General Motors and South Korean joint-venture partner LG Chem will announce a second U.S. battery cell manufacturing plant on Friday, revealing plans for a $2.3 billion factory in Spring Hill, Tenn., three people familiar with the matter tell Reuters. The plant will use a different battery chemistry that is more cost-effective than the one the companies will offer from the joint-venture plant they are building in Lordstown, Ohio, the sources said on Wednesday. They said the battery will be for the Cadillac Lyriq electric crossover that GM will begin building at its nearby Spring Hill assembly plant next year.

Self-driving startup Cruise raises $2.75 billion from Walmart, others Self-driving vehicle company Cruise, which is backed by General Motors, on Thursday said it raised $2.75 billion in its latest funding round. The additional investment from Walmart and others takes the startup's valuation over $30 billion. Just as Microsoft gave Cruise a major software player in its corner, Walmart gives it a retail partner with thousands of stores and deep pockets. Walmart and Cruise began working together in November through a delivery pilot program in Arizona.

Mazda's MX-30 EV coming to California Mazda's first electric vehicle for the U.S., the MX-30 subcompact crossover, will first go on sale in California this fall with a relatively small 35.5-kilowatt-hour battery before employing a rotary-engine range extender in a future version. Mazda said the limited launch of the battery-electric MX-30 is the first step in an electrification strategy that will bring a plug-in hybrid version of the MX-30 with the reintroduction of its rotary-engine technology. Mainstream hybrids in larger vehicles will follow.

Domino's Pizza and Nuro, a Silicon Valley startup, said on Monday they will launch robotic pizza delivery in Houston.

TuSimple Holdings, which is developing autonomous trucks now on the road in Texas and Arizona, said on Thursday it had raised $1.35 billion through an initial public offering, valuing the self-driving truck startup at nearly $8.5 billion.

Autonomous driving startup WeRide received a permit to test two passenger vehicles on California's public roads without a safety driver in the front.

Audi is aiming at buyers in the upper end of the compact segment for full-electric vehicles with the Q4 E-tron unveiled Wednesday, while adding a key entry-level EV to the brand's expanding lineup of battery-powered vehicles.

Collaboration between the public and private sectors will be key to advancing smart cities, industry leaders said this week at SAE International's WCX Digital Summit.

Can you build an "Apple car" from recycled iPhones? The Wall Street Journal decided to find out.