How Nikola's incoming CEO wants to crack the truck market Each had plenty to prove.

Milton once plied a vision of carbon-free hydrogen fuel cell trucking, creating a company with a stock market value of more than $20 billion at one point. But he now stands accused of misleading investors with exaggerated technology claims, including creating a video of a dummy hydrogen truck rolling down a slight incline to make it appear operational. The trial in U.S. District Court is expected to wrap up in early October.

As Milton's legal team works to convince a federal jury of his innocence, Lohscheller works to convince potential investors, customers and the trucking industry that his company is built on solid technology that makes economic sense to purchase.

"It's obviously a tough challenge, but at least he knows the situation and hopefully all the traps have been sprung," said Mike Ramsey, advanced mobility analyst at Gartner Inc.

Nikola needs to staunch its losses as it begins to sell trucks and collect revenue. It lost $173 million on sales of $18.1 million in the second quarter. But Lohscheller also has to create a turnaround in the perception of the company.

"The answer is very straightforward. Let the product speak the real language," Lohscheller told Automotive News. "Do we have a product which is real, which drives, which is doing the job? And the answer is yes."

U.S. approves remaining EV charging infrastructure plans: The Biden administration has approved plans for all 50 states, the District of Columbia and Puerto Rico, unlocking more than $1.5 billion in funding in 2022-23 to build chargers across roughly 75,000 miles of U.S. highway.

How Mercedes is using software to rewrite product development playbook: Mercedes and other automakers are rethinking workflow and investment to emphasize speed and collaboration. 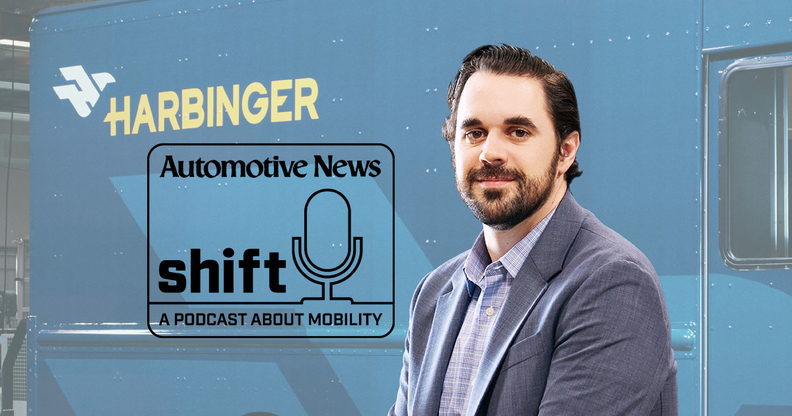 Tesla hosts AI Day on Friday, when it is expected to provide updates on artificial intelligence efforts such as its humanoid project.

GM's EV commitment still has its skeptics, who cite its history of flip-flopping on tougher fuel economy rules.

Audi, Mercedes and Nissan are looking to gain from the growing market for second-life EV batteries.

A coalition of 92 major cities and transit agencies urged NHTSA to deny requests by Ford and GM to deploy a limited number of self-driving vehicles on U.S. roads.

Jaguar Land Rover will retrain 29,000 employees and staff at retailers globally over the next three years to design, build and service EVs.

Self-driving tech company Waymo has named Elisa de Martel its new CFO. Previously, she was CFO for 3D-printing startup Carbon and worked in financial roles at Apple. She joins the company as it plans commercial deployments beyond its current operations in the Phoenix area.

Work Truck Solutions tapped Aaron Johnson as its new CEO on Thursday to help navigate product shortages and a transition to electric-vehicle platforms. He previously worked as the commercial-vehicle software provider's senior vice president of data and operations. Johnson replaces Kathryn Schifferle, who switches to a new role as the Chico, Calif.-based company's chief vision officer.

Starting next year, consumers buying used EVs from car dealers could save up to $4,000 under a new U.S. law. But it could take between three and five years before the credit is used regularly by consumers.