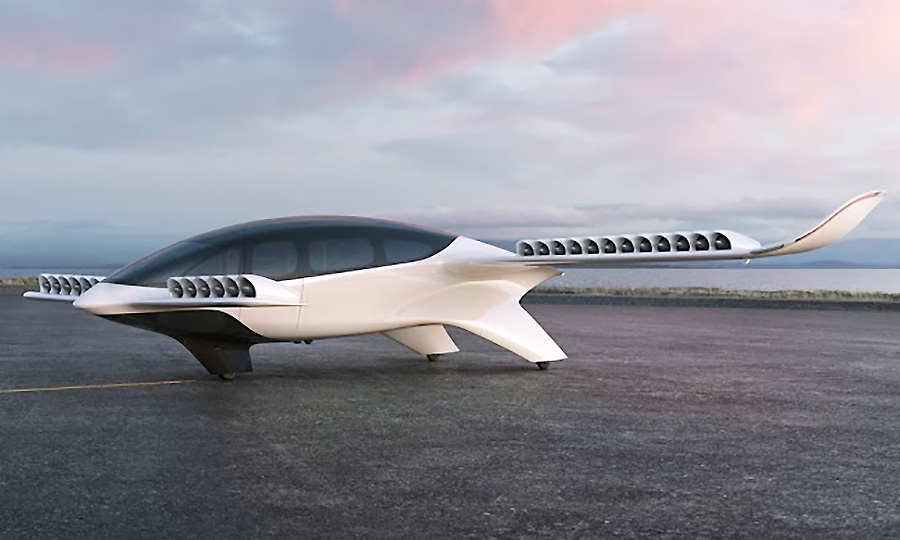 SPAC mania has touched yet another area of transportation: urban air mobility.

At the helm of San Francisco-based Qell is Barry Engle, former president, North America, at General Motors. Qell focuses on next-generation and sustainable mobility and transportation.

The deal values Lilium at about $3.3 billion and is expected to close this quarter.

Along with the announcement to go public, Lilium launched its seven-seat electric vertical takeoff and landing jet, which will be the company's first aircraft to go into serial production. In Lilium and Qell's statement Engle called the eVTOL a "game changer for transportation."

Lilium says that the Lilium Jet can go 175 mph at 10,000 feet, with a range of more than 155 miles, a vision that the company has been working on for five years. The jet, which draws upon the company's full-scale five-seat electric air taxi prototype, is expected to be used primarily for intercity flights.

Lilium said commercial operations are expected to launch in 2024.

"Our vision is to create a sustainable and accessible mode of high-speed travel and bring this to every community," Lilium CEO Daniel Wiegand said in the statement. "Transport infrastructure is broken. It is costly in personal time, space consumption and carbon emissions. We are pursuing our unique electric jet technology because it is the key to higher-capacity aircraft, with lower cost per seat mile while delivering low noise and low emissions."

Aurora, Volvo Group join forces on self-driving trucks Aurora's self-driving truck program continues rolling. Two months after inking one big partnership, the company has added another. On Tuesday, Aurora and Volvo Group unveiled plans to commercialize trucks in a hub-to-hub service operating across North America. There is not yet a specific time frame for deploying fleets of the Class 8 trucks. Volvo called it a "long-term partnership" that will span "several years." Financial terms were not disclosed. The tie-up follows Aurora's January announcement that it had established a partnership with truck manufacturer PACCAR.

Biden plan would boost EVs, clean power President Joe Biden is calling for sweeping investment in electric vehicles, renewable power and the electric grid. The president's plans, part of a $2.25 trillion infrastructure and stimulus blueprint unveiled in Pittsburgh on Wednesday, are meant to catalyze investments in a clean-energy economy and encourage low-emission technology necessary to constrain global warming.

Autonomous-vehicle company Motional is teaming up with Lyft and Hyundai on a robotaxi that will arrive in some U.S. cities in two years.

Daimler says it will accelerate its shift to electric cars.

Porsche may need to team up with a partner to produce high-voltage battery cells for future models, the brand's head of development told Automotive News Europe.

Self-driving truck startup Plus raised an extra $220 million from investors.

Kia is turning up the juice with the new EV6 all-electric crossover.

In a marketing stunt designed to call attention to its electric vehicle efforts, Volkswagen Group's U.S. unit issued a false news release Tuesday claiming it would rename its operations Voltswagen of America.

Why dealers are wading into the murky waters of cryptocurrency.

Electric vehicle batteries cannot be recharged at consistently high rates of power because of lithium plating, which occurs when a cell is stressed. Nanoscopic needlelike formations called dendrites grow and over time can cause a short circuit in lithium ion batteries that use conventional liquid-based electrolytes. StoreDot, an Israeli battery startup, believes it has the solution: Substitute the carbon in the graphite anode with atoms such as silicon that are in the same group on the periodic table.

Ground-positioning radar company WaveSense said this week it has raised $15 million. WaveSense uses "centimeter-level" ground-penetrating technology to help vehicles determine precise positioning and location in situations where lidar and camera-based systems struggle. This could include bad weather conditions, roads where lane markings are inadequate or in places such as a parking garages that have poor GPS availability.