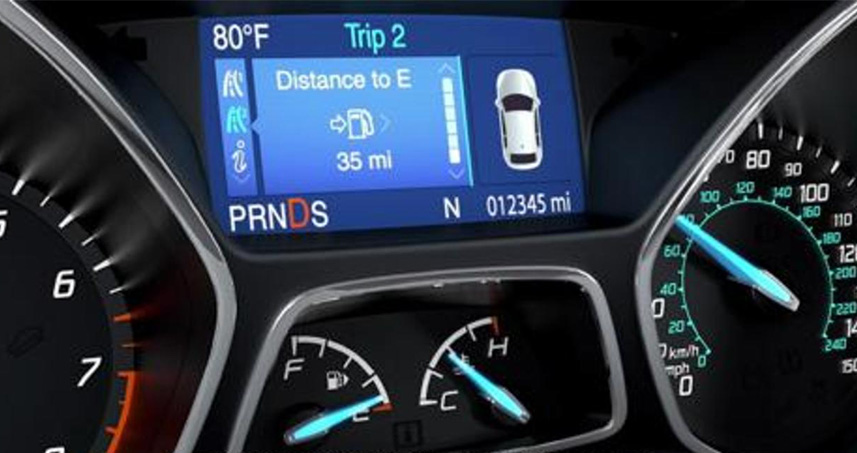 Many drivers rely on a car's in-dash fuel economy display to show the estimated number of miles the car gets per gallon of gasoline, but those estimates aren't always accurate, according to a Tuesday report from AAA.

And when it comes to shorter trips, "miles-to-empty" estimates varied greatly in tests conducted by AAA and the Automotive Research Center of the Automobile Club of Southern California. Variance also depends on factors affecting gas mileage, such as speed and acceleration.

AAA says drivers take an "unnecessary risk" if they overly rely on the displays. Plenty of drivers may already be doing that — about 74 percent use those miles-to-empty estimates to decide when to fill up their gas tanks, AAA found in a consumer survey.

To calculate the accuracy of a vehicle's fuel economy estimations and miles-to-empty systems, AAA and the Automotive Research Center used a dynamometer, an instrument that measures an engine's power output.

"We ran our test vehicles through different driving situations ranging from cruising at highway speeds to being stuck in traffic to typical city driving," said Megan McKernan, manager of the research center, in a release about the research findings. "Despite the irregularities our testing found, a vehicle's fuel economy display is an important tool to understand how different driving styles impact how efficiently a vehicle uses fuel."

The two organizations found the fuel economy displays of the tested vehicles were off by "a relatively low" 2.3 percent when compared with fuel economy measured by the dynamometer.

Those displays can be useful, but they are most accurate when a driver resets the vehicle's trip data after filling up the gas tank, they said.

AAA recommends filling up when a vehicle reaches a quarter of a tank.

GM, Cruise demand Ford drop BlueCruise name for hands-free driving General Motors and its Cruise automated driving subsidiary said early Saturday they have asked a U.S. federal court to stop Ford Motor Co. from using the name BlueCruise to market its hands-free driving technology. In a statement and documents, GM said Ford's use of BlueCruise infringed on GM's Super Cruise and other GM trademarks for automated driving, such as Hyper Cruise, as well as Cruise's trademarks. Ford, in a statement, called the claim "meritless and frivolous." "Drivers for decades have understood what cruise control is, every automaker offers it, and 'cruise' is common shorthand for the capability," it said.

Indictment accuses Nikola founder of misleading investors Trevor Milton, founder of electric truck maker Nikola Corp., has been indicted on charges of making false and misleading statements to investors, the U.S. Department of Justice said Thursday. The indictment said that, from November 2019 to September 2020, Milton schemed to defraud investors into buying Nikola shares through statements about the company's product and technology development. Milton, who is in federal custody after surrendering, resigned in September.

Magna International to buy Veoneer for $3.8 billion Canadian auto supplier Magna International Inc. said it will buy Swedish rival Veoneer Inc. for about $3.8 billion in cash, in a deal that would help expand its advanced driver-assistance systems business. Stockholm-based Veoneer -- which spun off from longtime safety equipment supplier Autoliv Inc. in 2018 -- will be combined with Magna's ADAS operations. Magna will buy Veoneer's outstanding shares for $31.25 each.

In retail strategy shift, Tesla plans to pull out of high-rent shopping malls in favor of cheaper locations, Electrek reports.

Meanwhile, deliveries via robots are expected to soar post-pandemic.

Despite the absence of spectators, Toyota bots were set to shine at the Olympics.

Germany's Volocopter gave the public a rare glimpse of a crewed test flight of an electric vertical takeoff and landing vehicle. The urban air mobility company, which has attracted investments from Daimler, Geely Holdings and Intel, took to the skies Tuesday at the Experimental Aircraft Association's AirVenture 2021 in Oshkosh, Wis.