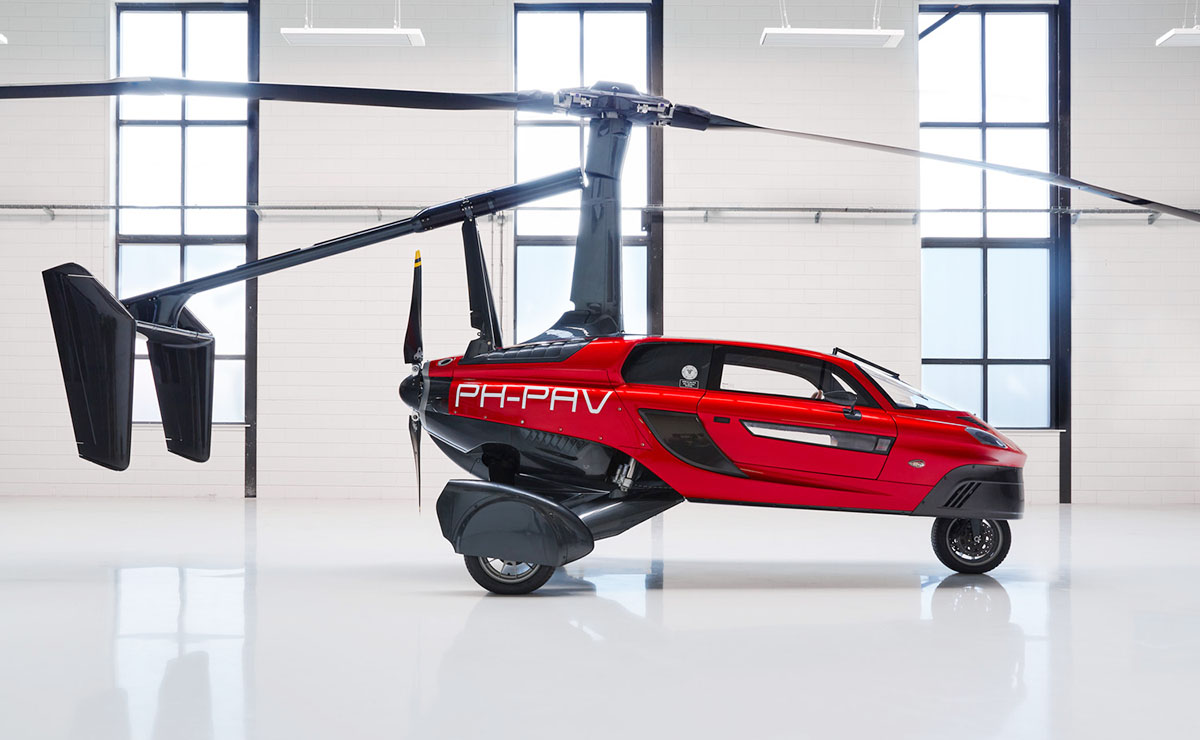 Flying cars are on the road toward reality.

Over the past month, two models built for both road and air travel have found favorable regulatory tailwinds, receiving certification from government agencies, which put them on a firmer path toward commercialization.

The European Union Aviation Safety Agency granted first-of-its-kind certification to the PAL-V Liberty, a two-seat gyroplane, last week. The milestone came after a decade's worth of testing and development, which included working with EASA on establishing or amending 1,500 regulatory requirements that fit the vehicle.

Short for Personal Air and Land Vehicle, PAL-V is a company based in the Netherlands.The Liberty received its roadworthiness certification in October. The company intends to start handing keys to customers in 2022.

PAL-V's certification follows that of the Terrafugia Transition, which in January received its Special Light-Sport Aircraft airworthiness certificate from the Federal Aviation Administration in the United States.

"This is a major accomplishment that builds momentum in executing our mission to deliver the world's first practical flying car," Kevin Colburn, vice president of Terrafugia, said in a written statement.

The Transition is designed to meet both FAA and NHTSA standards, though the company, a subsidiary of automaker Zhejiang Geely Holding Group, says it will sell an initial flight-only version of the "roadable aircraft" to pilots and flight schools.

At the time of its certification, Terrafugia said its "goal" was for the aircraft to be road and sky ready in 2022. But its plans may be uncertain. Last week, multiple news outlets reported the company laid off the majority of the workforce at its Woburn, Mass., headquarters and that further development would occur in China. Geely did not return a request for comment.

While much work remains to be done, the PAL-V and Terrafugia regulatory milestones suggest flying cars are no longer the realm of fantasy. The sky is no longer a limit. It's a starting point.

Hyundai taps into next-gen EV potential with Ioniq 5 Hyundai's new Ioniq 5 full-electric crossover promises snappy acceleration, roomy interior space and a futuristic digitalized instrument cluster — all that is the modern EV. The vehicle, unveiled Tuesday in a virtual launch, is the lead-off model for a new generation of dedicated EVs that Hyundai hopes will make it a top player in the segment. The midsize crossover is Hyundai's answer to Tesla and a growing host of competitors flooding into the EV race, especially with offerings in the hot-selling utility vehicle market. The Ioniq 5 will hit U.S. dealerships in the fall, Hyundai said.

Motional driverless testing begins in Las Vegas Motional has joined the ranks of the driverless. The company, a joint venture between Hyundai Motor Group and Aptiv, said Monday that it conducted autonomous-vehicle testing without a safety driver behind the wheel this month in Las Vegas. Company executives did not release many specifics on where or when the milestone ride occurred. But they said they used multiple vehicles that navigated intersections, unprotected turns and road environments containing pedestrians and bicyclists.

For self-driving vehicles, a little cooperation may go a long way.

Consumers on the fence about EVs, J.D. Power says.

Apple in talks with suppliers for AV sensors, report says.

McLaren gets in early on hybrid-supercar action.