An emerging epidemic of distracted driving 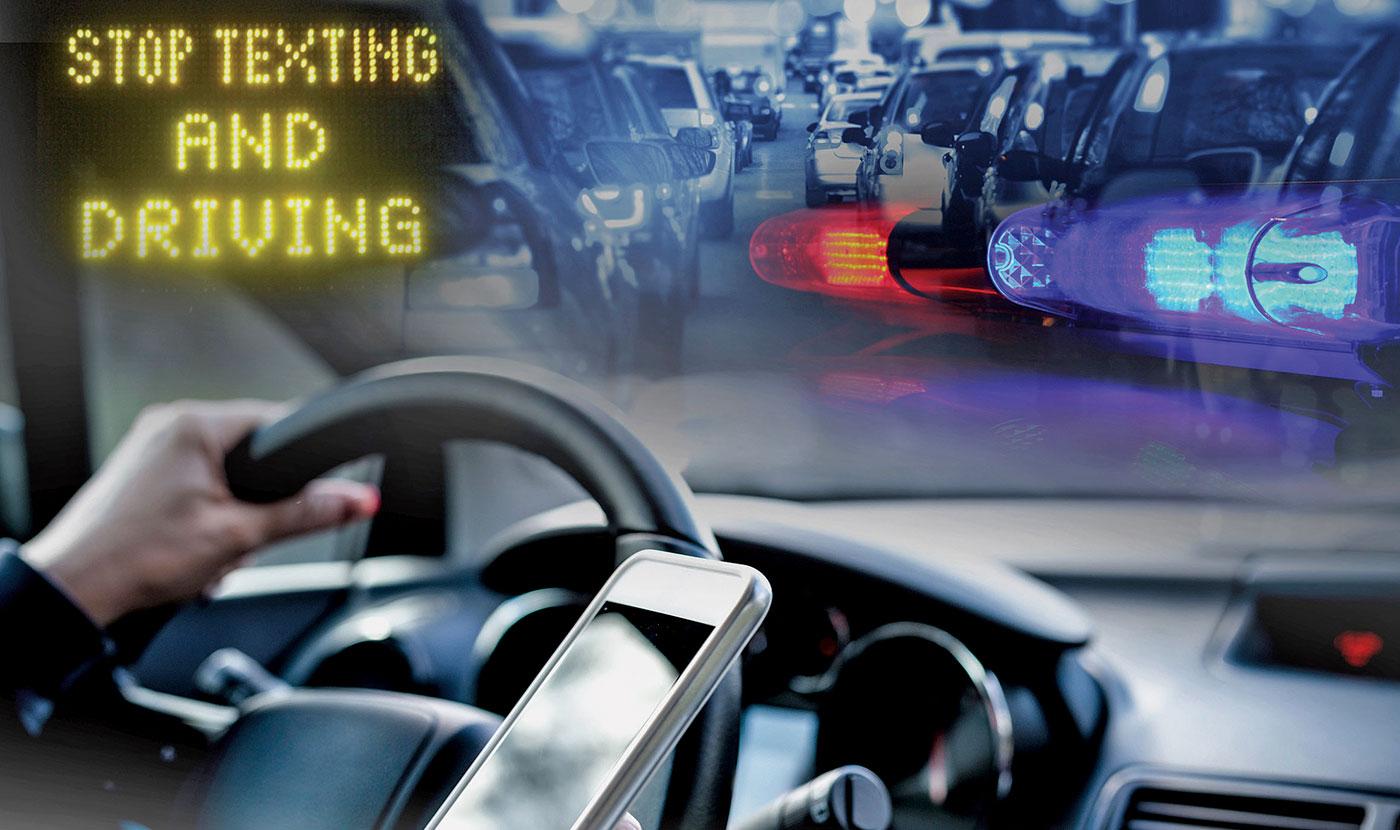 There's a distracted driver alongside me in the eastbound lanes of M-14 in suburban Detroit on a morning late last week. She's drifting out of her lane while staring at the cell phone in her hand, oblivious to the urgent matter at hand. I'm irritated and annoyed. A quick honk, and her attention is back where it belongs.

Thirty seconds later, I'm reaching for my phone to change the song on Spotify.

I had briefly joined the ranks of the distracted masses, and become a hypocrite to boot. But I'm not alone. Eighty-five percent of respondents to a new survey on smartphone usage behind the wheel identify distraction as "a very important problem." Yet 47 percent of the same respondents admit to using their devices while driving so often they fall into a category of motorists called "Phone Addicts."

The term and survey come from Zendrive, an analytics company that has collected more than 160 billion miles worth of behavioral driving data from smartphones. Information from that data capture and the driver survey informed the company's third annual Distracted Driving report, which was released this week, and it delivers a harrowing snapshot of the addled state of U.S. drivers.

Most alarming is the rise in what Zendrive calls "phone addicts," those drivers who spent 10 percent or more of their time behind the wheel looking at their smartphones. That segment of drivers almost doubled, from 4.6 of the overall driving population a year earlier to 8 percent in 2018.

Phone addicts pick up their devices 4.3 times more than the ordinary distracted driver, according to the report, and they use their phones an average of 28 percent of time they spend behind the wheel. As the distracted-driving epidemic worsens, Zendrive says as much as 20 percent of the driving population could be classified as phone addicts by 2022.

"You have younger people on the road, and the smartphone is at the center of our universe," Jonathan Matus, co-founder and CEO at Zendrive, said in an interview. "We're dependent on this device for work, personal [connections] and entertainment, and what you are seeing is an implication of that trend."

The report contends that phone addicts are an even greater threat than drunken drivers, because more of them are on the road, and they're driving between 7 a.m. and 6 p.m., when they are a threat to the greatest number of fellow motorists.

Federal statistics don't support that assertion, but advocates say the data is incomplete

In 2017, the latest year for NHTSA has full data, alcohol-impaired drivers were involved in crashes that killed 10,874 people or 29 percent of U.S. traffic deaths.

A research note published this month by NHTSA concludes that 9 percent of fatal crashes involved distractions of all kinds, and that a total of 434 people died in fatal crashes that specifically involved cellphone-related activities in 2017, roughly 1.1 percent.

Safety advocates say NHTSA's methodology undercounts distracted-driving crashes. Drivers typically don't admit to cellphone usage, and forensic technology used for investigations is often too costly or unavailable for all but the most severe of crashes, which is why Zendrive's data helps clarify the prevalence of distraction.

While the devastating consequences of drinking and driving have been clear for decades, the ramifications of distracted driving are still emerging. That discrepancy should be a call for action, Matus says.

"What we're trying to do here is bridge the gap between how society is strict and firm and adequately restricting driving under the influence of alcohol with how society is lenient, flexible and forgiving on the issue of distraction," he said.

Social norms and legal implications may catch up to the problem over time. But we collectively don't need to wait before taking corrective actions. Zendrive suggests using the "Do Not Disturb" feature on all iPhones while driving, and has started a #TextYouLater social media hashtag to raise awareness of the issue.

It's a good start. But when it comes to using a smartphone behind the wheel, the simple fact is I know better. So do you.
— Pete Bigelow

Jim Farley, left, will become Ford's president of new businesses, technology and strategy, while Joe Hinrichs, center, will become president of automotive. Marcy Klevorn will retire after more than three decades with the company.

Ford exec shuffle: Yesterday, Ford Motor Co. announced a handful of executive changes, two of which impact its Smart Mobility subsidiary. Marcy Klevorn, president of mobility, will retire in October. That unit will report to Jim Farley, who will be president of new businesses, technology and strategy. His purview includes Ford's autonomous vehicle unit, research and advanced engineering, corporate partnerships and global data insight and analytics.

EV tax credit bill: A group of U.S. lawmakers introduced legislation on Wednesday to expand the electric vehicle tax credit by 400,000 vehicles per manufacturer. Such a provision would give a boost to Tesla Inc. and General Motors before the existing credit comes to an end for them, Reuters reports.

Audi ad highlights e-tron: A new ad campaign from Audi attempts to debunk perceptions about EVs that have kept them from breaking into the mainstream, including fears about range, charging infrastructure and performance. The star of the spot is the electric e-tron crossover, which has a starting price tag of a $74,800, has an EPA-estimated range of 204 miles, according to the brand.

■ The Los Angeles Times took a deep dive into the world of Tesla stock short-sellers.

■ Honda moves into a glass house to stir mobility ideas.

■ Uber sees some time before autonomous vehicles dominate the road.

■ Cambridge, Mass., passed a bill to protect bike lanes on all city streets, the first U.S. city to do so, Streetsblog reports.

■ Reuters reports that First Cobalt Corp. is looking to restart an idled cobalt refinery plant in Canada and aims to supply four automakers.

■ Route Fifty takes a look at Portland's dilemma of widening an interstate there. One idea that's risen out of the conversation? Congestion pricing.

■ Have you ever wondered what a vehicle and parking space free neighborhood would like? Look no further than Freiburg, Germany, as Fast Company points out.

■ Roborace, the startup series for electric racing vehicles with autonomous capabilities, still sees value in having a human driver — for now.

■ BMW executive Bernd Körber is the new head of the automaker's Mini brand. Koerber takes charge of Mini as the U.K.-based brand readies its electrification plans with the launch of the first full-electric Mini, the Cooper SE, next year.

■ Jaguar's battery-electric I-Pace crossover has become a statement of the brand's design and engineering prowess since it launched last year. And Jaguar can partly thank its defunct old competitor Saab for that.

■ A French tech supplier is zeroing in on offering a sensor that can detect and identify smells in vehicles. One potential use case? Rental car fleets or shared vehicles.

■ Hyundai denied a report that it had made a deal with Chinese technology firm Tencent Holdings on driverless car software, Reuters reports.

■ In this week's issue of Automotive News, there's a collection of stories highlighting emerging technology features in today's production vehicles. Take a look at the stories here.

A group in Atlanta is tracking scooters that have been left behind in the middle of sidewalks or elsewhere that clutter public walkways.