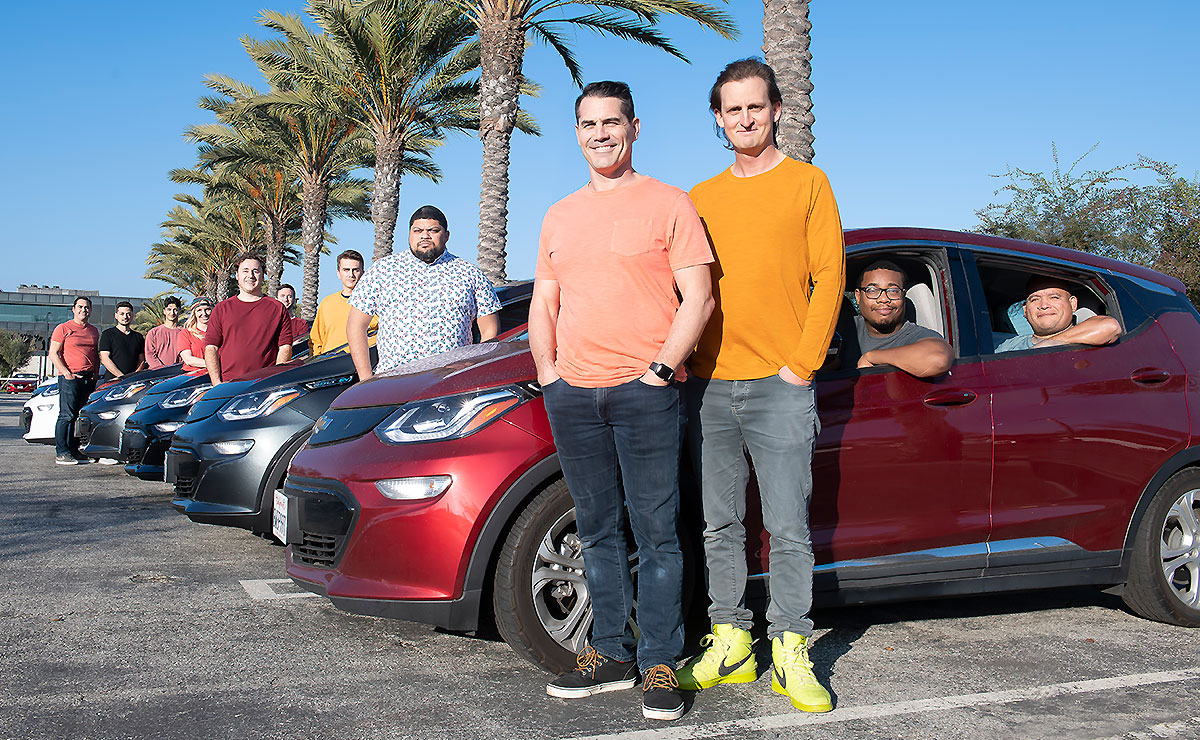 Electric vehicle leasing startup Hive Technologies said on Tuesday it closed a $30 million funding round to expand its fleet for ride-hail drivers who can otherwise not afford the vehicles' higher upfront costs.

The company, backed by investors with an environmental, social and governance focus, leases EVs to Uber and Lyft drivers on a per-mile cost basis, offering an option potentially cheaper than taking out a loan to buy a new EV.

"The more you drive, the faster the car payment goes to zero. So instead of going under the water on a loan, you're benefiting," Hive CEO Mathias Thomsen told Reuters.

The company operates only with General Motors' Chevrolet Bolts in California but is talking to other automakers to broaden its vehicle lineup and plans to expand to several other states, Thomsen said. The funding will increase Hive's fleet to 1,000 vehicles from 100 at present.

Lexus unveils RZ crossover on way to all-electrified future Lexus unwrapped the RZ electric midsize crossover alongside concepts detailing the brand's all-electric future including a sedan, a larger crossover and a supercar. The models were shown as part of a wider Toyota Motor Corp. presentation on Tuesday detailing the company's plans to sell 3.5 million EVs a year by 2030. Lexus will become an electric-only brand by 2030 in Europe, the U.S. and China, by which time it will be selling 1 million EVs annually, Toyota CEO Akio Toyoda said. The brand will sell only full-electric cars globally by 2035. Lexus President Koji Sato said the brand will be at the forefront of Toyota's push to make EVs more exciting to drive, starting with the RZ. The brand's vehicles will "clearly express the evolution of the automobile brought about by electrification," he said.

DHL orders 100 self-driving U.S. trucks from TuSimple and Navistar DHL Supply Chain has placed a U.S. order for 100 trucks equipped with TuSimple's self-driving technology and manufactured by Navistar to further expand its understanding of driverless trucks in its supply chain. DHL, a subsidiary of Deutsche Post, in a statement said that while the partnership is in its infant stages, it looked forward to deploying TuSimple's driverless technology across multiple regions outside the U.S. The logistics provider, which also has partnerships with other self-driving companies, began working on a pilot program with California-based TuSimple this month to transport daily hauls between Dallas and San Antonio.

GMC to unwrap Sierra Denali EV in 2022 General Motors plans an electric GMC Sierra Denali that will be introduced next year, GMC said Wednesday in a statement previewing the pickup's grille and lighting sequence. The electric Sierra will be available only in the high-end Denali subbrand at launch. It will be powered by GM's proprietary Ultium battery and built at its Factory Zero electric truck plant in Detroit.

Aurora Innovation Inc. on Wednesday said it had launched a pilot program with the freight unit of Uber Technologies Inc. to transport goods in Texas and to integrate autonomous trucking into Uber Freight's shipping platform.

Mobileye is piloting a robotaxi service in Paris that's ferrying employees of one of the French capital's most famous department stores to work.

Uber looks to sell stakes in what it considers nonstrategic investments in other companies, including its shares in Chinese ride-hailing company Didi Global.

Why Mobileye is prime for IPO.

You can't say Polestar isn't thinking outside the box. In Montreal, the electric vehicle brand has opened a "radical" new showroom made from four recycled shipping containers.

Sponsored Content: How connected technology can drive customers to your dealership