Wallbox, an electric vehicle charger maker, will air its first-ever Super Bowl ad, debuting a 15-second spot in the second quarter of the Feb. 13 game. The company offers EV charging options for residential, semipublic and public use.

"We're making a big bet in the U.S.," said Barbara Calixto, Wallbox's chief marketing officer. "The U.S. is going to be one of the largest markets for EVs in the coming years. We're going to the Super Bowl because that's where our consumers are. Any potential EV car buyer is a potential Wallbox buyer as well."

The commercial comes as the Spanish company is looking to expand its U.S. presence. In September, Wallbox announced it will be building a manufacturing plant in Arlington, Texas, slated for June. This will be Wallbox's fourth plant, already having two in Europe and one in China.

Wallbox worked with David Agency on the spot and focused on diversity in casting.

Wallbox is the first EV supplier to run a Super Bowl commercial. But the game has previously been a popular venue for automakers to plug their electric vehicle ambitions.

At CES this month, Wallbox introduced Quasar 2, its latest bidirectional home charger designed specifically for North America. The charger lets owners power their home off the grid or use their EV as a generator during a loss of power.

Mercedes-Benz looks to Luminar in new lidar deal Lidar technology startup Luminar said Thursday it has established its latest automotive partnership with Mercedes-Benz. It will involve production of sensors, enhancing the automaker's automated highway driving systems. There's not yet a timetable for when Luminar's Iris lidar will be installed in passenger vehicles, nor specific models chosen. As part of the agreement, Mercedes-Benz notches a financial stake in the company. The automaker will receive 1.5 million shares of Luminar stock, which closed at $13.39 per share Wednesday. The company's market capitalization stands at about $4.7 billion. For Luminar, the Mercedes-Benz partnership represents another major win in the passenger-vehicle realm, its ninth overall and third for conventional passenger vehicles. Only weeks ago at CES, the lidar company unveiled a similar effort with Volvo Cars. Luminar now works with many leading global automakers including Toyota Motor Corp. and China's SAIC among others.

Tavares says electrification is a technology chosen by politicians, not by industry The European Commission's strategy to phase out combustion engines in favor of EVs is a political choice that carries environmental and social risks, Stellantis CEO Carlos Tavares said in an interview with European newspapers. He added there are cheaper and faster ways of reducing carbon emissions. Since merging Fiat Chrysler and Peugeot-maker PSA Group, Tavares has mapped out a €30 billion ($34 billion) electrification plan that helped Stellantis shares surge more than 60 percent in their first year.

GM dealerships to get EV chargers from Blink in North America EV charging network and equipment company Blink Charging said on Tuesday it will supply EV chargers at General Motors dealerships in the U.S. and Canada. Blink said it will collaborate with facility services provider ABM Industries to supply its IQ 200 Level 2 chargers to dealerships across North America. The press release didn't specify how many units are being installed. The company added that it had shipped chargers to some GM dealerships in the U.S. and has orders to supply more in the coming months. 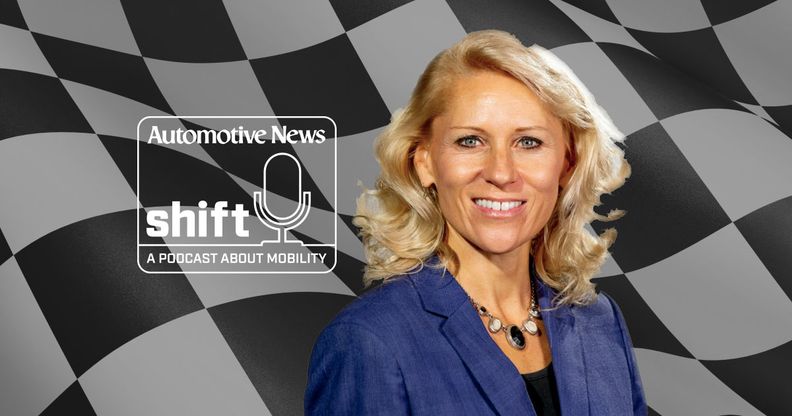 The Insurance Institute for Highway Safety on Thursday released a new rating program for vehicles with partial automation.

Quantum computer maker IonQ said on Wednesday that it is partnering with Hyundai Motor Co. to use quantum computers to develop more effective batteries. The partnership will create a battery chemistry model to simulate the structure and energy of lithium oxide to help improve the performance, costs and safety of lithium batteries, IonQ said. Better battery technology is key to advancing the use of electric cars. Researchers believe quantum computers could operate millions of times faster than today's advanced supercomputers.

Mobility company Cerence showcased new technology at CES this month that reimagines the idea of an in-car voice assistant. The technology, Cerence Co-Pilot, uses artificial intelligence and continuous learning to provide more intuitive in-vehicle assistance, with the ability to even anticipate a driver's needs before being prompted for assistance.

Recommended for You
Airports give robotaxis runway ahead
How will disabled drivers access EV chargers?
Bosch is latest to join hydrogen investment wave
Sponsored Content: Reap the Benefits of Direct-to-Consumer without Channel Conflict