The brains behind shared-mobility services 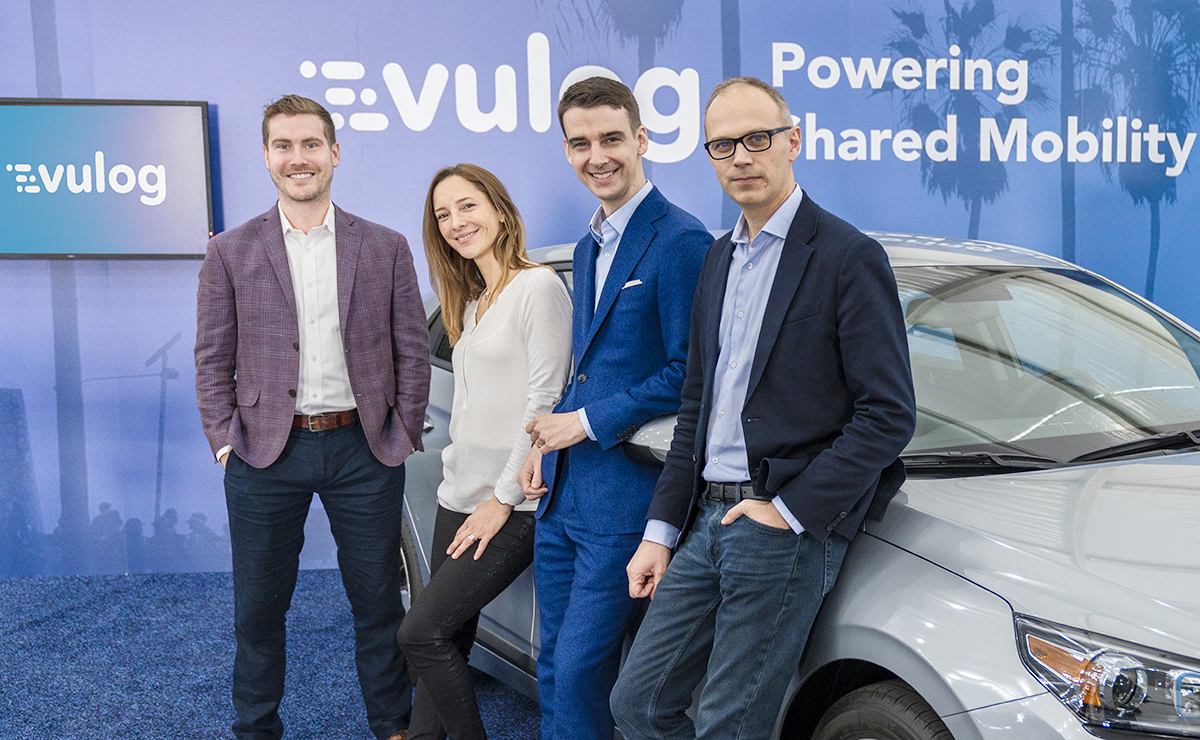 Automakers experimenting with new mobility services are increasingly turning to a little-known French company to provide the brains behind their fledgling operations.

Rather than designing systems themselves, automakers are using a technology platform made by Vulog to manage their fleets, understand how customers are utilizing their vehicles and design customer-facing apps. Over the past year, the likes of Volkswagen and PSA Group have used the platform to handle their short-term rental services -- VW's WeShare and PSA's Free2Move.

Last week, Hyundai became the latest to tap Vulog, which will provide the hardware and software needed to run the automaker's Mocean short-term rental fleet in Los Angeles, beginning by the end of this year and gradually expanding to roughly 300 vehicles.

It's not only automakers. Vulog has 15 partners that run the gamut from moped companies such as Dashee, to Getaround, which has deployed two-person lightweight EVs for sharing in Europe. Any company interested in running a shared fleet can utilize the platform.

Currently, Vulog's technology underpins operations in more than 30 cities on five continents. At a time when some companies are scaling back their shared-mobility ambitions, the company anticipates significant expansion next year. Thibault said the company will support operations in 60 cities by the end of 2020.

That expansion is, at least partly, driven by new regulations in Europe, where stringent new emissions rules will go into effect at the start of the new year. Electrified, shared fleets may help automakers reach targets.

Another factor may be an influx of shared, multimodal services. This past year, Vulog updated its software to allow for its clients to offer multimodal services within a single app. Thibault suggests that's a key growth area, as customers can combine both reservation-based and instant-access transportation.

Los Angeles might be an early litmus test to see whether those projections hold. City dwellers are fleeing the county's public-transportation options. A Los Angeles Times story from June said ridership has "hemorrhaged bus riders," as more people are driving their own cars, even amidst the region's well-documented traffic.

For car sharing, the sprawling nature of the area presents further unknowns, as most cities see distinct patterns emerge related to movement from downtown cores to outer rings.

"We're really excited about the Los Angeles market, because it has very different user behavior and lots of elements we're interested in learning more about," Thibault said. "For a platform like ours, we want to kick the tires and try them in this market, maybe the most interesting market in the world."

Sono Motors’ Sion will  have solar panels embedded in  the roof and sides of the vehicle. Expected range is about 158 miles.

Sono Motors plots solar-electric course Many in the auto industry remember the introduction of BMW's production i3 as a watershed moment for electric vehicles. Jona Christians remembers feeling underwhelmed. "It was just not radical enough," he said. As a result of that middling impression, Christians cofounded a company and embarked on a plan that's squarely in radical territory. Sono Motors intends to build perhaps the world's first solar-electric vehicle, one underpinned by a conventionally charged battery and augmented with solar power. The car, called a Sion, allows motorists to share both power and the vehicles themselves.

NTSB-NHTSA friction Amid its findings stemming from a fatal crash involving an Uber self-driving test vehicle, the National Transportation Safety Board has recommended that federal regulators stop merely suggesting self-driving developers file voluntary assessments of their safety rigor. "Some read like marketing brochures," one NTSB official said of the voluntary safety assessments. Instead, the NTSB says, NHTSA should develop mandatory regulations.

New American Center for Mobility CEO Nine months after he was brought aboard to steer the American Center for Mobility in Ypsilanti, Mich., into its next chapter, Michael Noblett is no longer the organization's CEO. Without saying whether Noblett was fired or he resigned, officials at the autonomous-vehicle proving ground said Monday that COO Mark Chaput is now interim CEO as a "national search is carried out" to find Noblett's successor. This will be the second such search in less than a year. Noblett was hired in February following a protracted hunt for an executive who could elevate ACM's profile and attract more companies interested in using the autonomous- and connected-vehicle testing facility.

In the latest issue of Shift: No discussion about electric vehicles is complete without an examination of the safety implications: How are first responders trained to deal with EVs? What lessons have been learned from things that have gone wrong? This issue is about those things, and the promise of the future, too.

Uber is stripped of its London operating license over safety failures.

GM's Detroit plant survives, but its EV plan is still a costly gamble.

Volkswagen can keep EV pricing stable after a loss of federal tax credits. Meanwhile, a modified VW Space Vizzion concept is expected to be in dealerships in 2022.

A Waymo video offers tips for responding to AV emergencies.

DHL will launch electric StreetScooter delivery vans in the U.S.

Electrification was a topic of conversation with both Audi CEO Bram Schot and Volvo CEO Hakan Samuelsson in Q&As with Automotive News.

The Lincoln electric SUV will use Rivian's chassis, Reuters reports.