Hydrogen continues to gain momentum as a viable alternative to fossil fuels amid worldwide efforts to curb emissions from transportation.

The latest in a string of developments large and small came Wednesday, when global supplier Bosch said it will invest as much as $591 million in technology for hydrogen generation by the end of the decade.

The company wants to branch into development of components for hydrogen electrolyzers, which use electrolysis to split water into hydrogen and oxygen. Demand across the European Union is forecast to rise to approximately 11 million tons a year, according to Bosch.

Stefan Hartung, chairman of Bosch's board of management, said the company intends to support the "rapid expansion of hydrogen production" across Europe. This jibes with a European Union plan to wean Europe off Russian fossil fuels as quickly as possible.

It was only two weeks ago that Tom Stephenson, CEO of hydrogen startup Pajarito Powder, told us, "the Europeans are extraordinarily serious about making this move toward hydrogen as an important mechanism for being able to deal with their energy needs," on an episode of "Shift: A Podcast About Mobility." Now we're seeing that play out in real time.

The heightened hydrogen developments are not limited to Europe. In the U.S. this week, the Air Force awarded a second contract to fund development of hydrogen fuel cell powerplants for aviation purposes and mobile energy storage.

Hydroplane, a Los Angeles startup, is researching tech it says will outperform batteries in "range, endurance, payload and operational efficiency," according to CEO Anita Sengupta, a former NASA propulsion engineer. Flight tests are scheduled to start next year.

One more hydrogen development? Last week, the Department of Energy backed a green-hydrogen project in Utah with $504 million in loan guarantees. It's the first step in Mitsubishi Power Americas Inc.'s building of a facility at which hydrogen produced by excess renewable energy could be stored.

It may be early. But in the global push to decarbonize, hydrogen is making its move.

EV chargers emerge as targets for hackers: High-profile incidents of hacked EV charging stations have shone a spotlight on vulnerabilities.

DARPA returns to off-road environments in latest AV project: Intel Labs will lead the simulation portion of the latest efforts, which come as the research agency seeks to push autonomy to higher speeds.

A look at 5 common car parts set for makeovers in the EV era: Much is made of vehicle parts that will be lost in transition to electric vehicles, but even components that remain may be due for big changes. 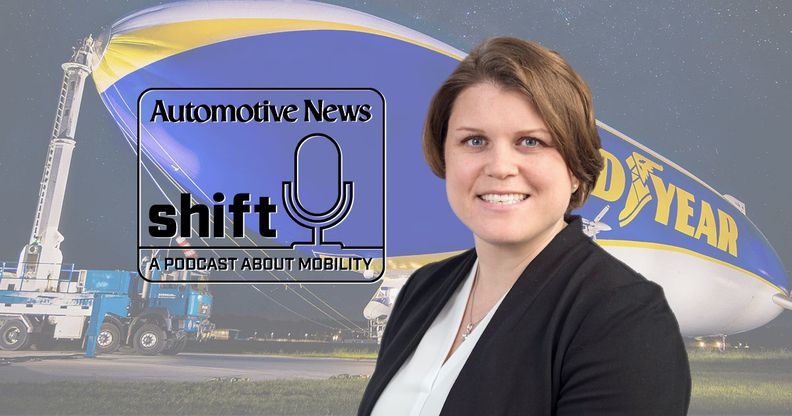 Uber topped Lyft in Q1 earnings, with the latter signaling a shortage of drivers is expected to spill into the second quarter.

BMW, Mercedes sell their car-sharing business to Stellantis, which wants to position itself as a global mobility leader.

IIHS considers higher-speed tests for AEB systems to better vet technology that can prevent or mitigate many rear-end crashes.

EV aficionados will need to stretch their memories back a few decades to remember the 1970s-era Unique Mobility Electrek, a vehicle with "a face only a mother could love," according to a young hobbyist helping to give the cars their due today. Colorado Public Radio has a detailed feature that's well worth your time.

College students from 15 universities get keys for new Cadillac Lyriq EVs in the latest chapter of the Department of Energy's long-running EcoCar competition.

Recommended for You
Einride cleared to operate on public U.S. roads, will start in Tennessee this year
Tech could address 650,000 annual crashes
By 2035, BEVs forecast to be majority of global sales
Sponsored Content: Do Customers Care About Connected Technology?