Boosting AV tech by sharing the wealth — of data, that is 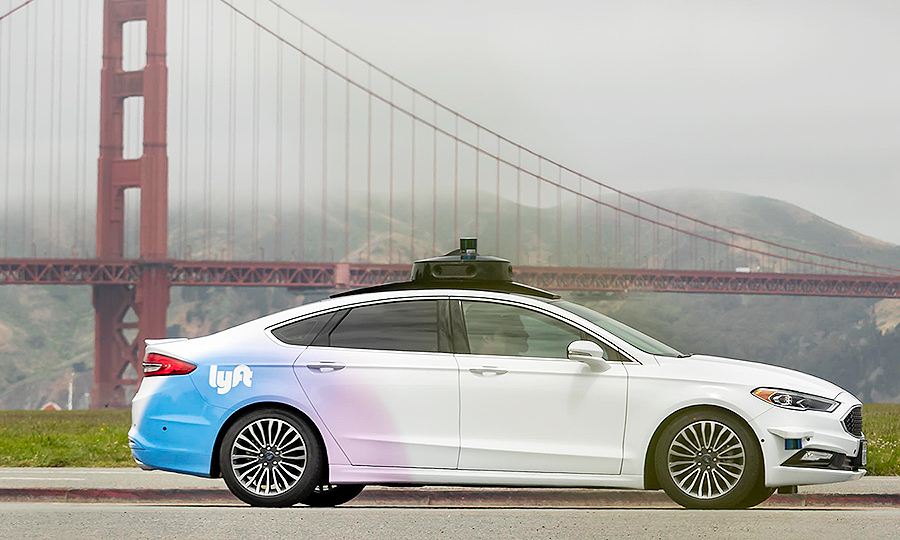 A shower of data has started to rain down on academic institutions and others doing research on autonomous vehicles.

In the past few months, some of the largest players in the AV world have decided to take some of the massive amounts of information they've been accumulating, including sophisticated maps, and images collected via cameras and lidar sensors, and make it available for public download.

This is more than corporate largesse. The idea is to help advance the development of self-driving technology for the industry as a whole by eliminating what has been a major roadblock for academia.

"We released this dataset because one of the biggest things that holds back university research in our area of self-driving and even more broadly, in AI in general, is the availability of really well-labeled, well-curated data and data that's really relevant to a particular problem," Argo CEO Bryan Salesky said in a recent podcast interview with Automotive News.

In June, Argo released Argoverse, which it calls "the first public data release to include high-definition maps for self-driving vehicle research." Argo says such maps are critical to robotic perception.

In March, Aptiv released a dataset called nuScenes by Aptiv.

Aptiv's dataset is organized into 1,000 "scenes" collected from Boston and Singapore. Aptiv says the data is meant to represent some of the most complex driving scenarios in each urban environment.

And this week, Lyft announced the release of its Level 5 Dataset, saying it wants to "level the playing field" for researchers interested in AV technology.

"Self-driving is too big — and too important — an endeavor for any one team to solve alone," Luc Vincent, Lyft's executive vice president for autonomous technology, writes in a blog on Medium.

"Academic research accelerates innovation, but it requires costly data that is out of reach for most academic teams. Sensor hardware must be built and properly calibrated, a localization stack is needed, and an HD semantic map must be created. Only then can you unlock higher-level functionality like 3D perception, prediction, and planning."

Salesky, whose company is working with Ford Motor Co. and Volkswagen Group, notes that sharing data with the academic world has mutual benefits.

"We think what we're building is pretty special at Argo, but we know that there's going to be new techniques that are even better or maybe performed more efficiently at a lower amount of compute power or whatever it might be. And we want to give [universities] that opportunity to test their algorithms, and then we can take a look at their results and benchmark against what we do internally. And that's how we ultimately move research forward in a meaningful way."

GM's Cruise delays rollout of AVs General Motors' self-driving unit Cruise is backing off plans to deploy autonomous taxis by the end of this year. This is just the latest indication of how auto and tech companies are struggling with the challenges of taking humans out from behind the wheel. Cruise CEO Dan Ammann says that while Cruise is accelerating efforts to get its autonomous Chevrolet Bolts ready, it's not going to be able to validate their performance and safety in time to meet the 2019 target, which it set a year and a half ago.

BMW expands U.S. battery output BMW plans to double its U.S. production capacity for lithium-ion battery packs at its assembly plant in Spartanburg, S.C., to support electric vehicle output there. Spartanburg is the largest BMW plant in the world. The fourth-generation batteries will be used in plug-in hybrid models of the BMW X5 and the future BMW X3.

Self-driving parking gets regulatory nod in Germany Daimler and Bosch are using the parking garage at the Mercedes-Benz Museum in Stuttgart to launch an automated valet feature that can be accessed via a smartphone app. No human safety driver required. Vehicle occupants can be dropped off near the entrance to the museum, and then the car will park itself in a designated spot in the garage. The companies say this is the first fully driverless parking function to receive regulatory approval in Germany.

Toyota's Olympics plan Toyota, as a top sponsor of next year's Summer Olympics in Tokyo, is beginning to showcase its burgeoning interests in new-age mobility for the event. Last week, Toyota previewed the first wave of gadgetry that will show what the automaker has in mind, while acknowledging that there is still some work to be done. Toyota has plowed billions of dollars into robotics and artificial intelligence for cars in recent years. But with just a year to go to the opening ceremony, engineers concede they must still fine-tune some of their Olympics technology and aren't sure how some of it will even be used.

The latest issue of Shift is out. Read all of the newest stories here.

ProPilot 2.0 uses cameras, radar and sonar to drive, navigate and monitor the driver in certain situations.

Nissan Motor Co. upgrades its driver assistance, but the U.S. must wait. Meanwhile, the rollout of ProPilot 2.0 technology in Japan shows how Nissan is thinking about new design directions for the futuristic self-driving technologies it wants as a centerpiece of its DNA.

Another Tesla engineer heads to Apple.

Is Florida the next hotbed of AV tech?

Toyota plans to pump $600 million into Chinese ride-hailing giant Didi Chuxing and a joint venture they will establish with GAC Toyota Motor Co.

Google Sidewalk Labs eyes Toronto for "city within a city."

Chinese automaker Aiways is testing its battery-powered U5 on a marathon journey from China to Germany, where the SUV is scheduled to arrive in time for the Frankfurt auto show in September.

Why Level 3 automated technology has failed to take hold.

Autonomous technology has grown deep roots in the farming sector.

Despite how far AVs have traveled in 10 years, there are speed bumps ahead.