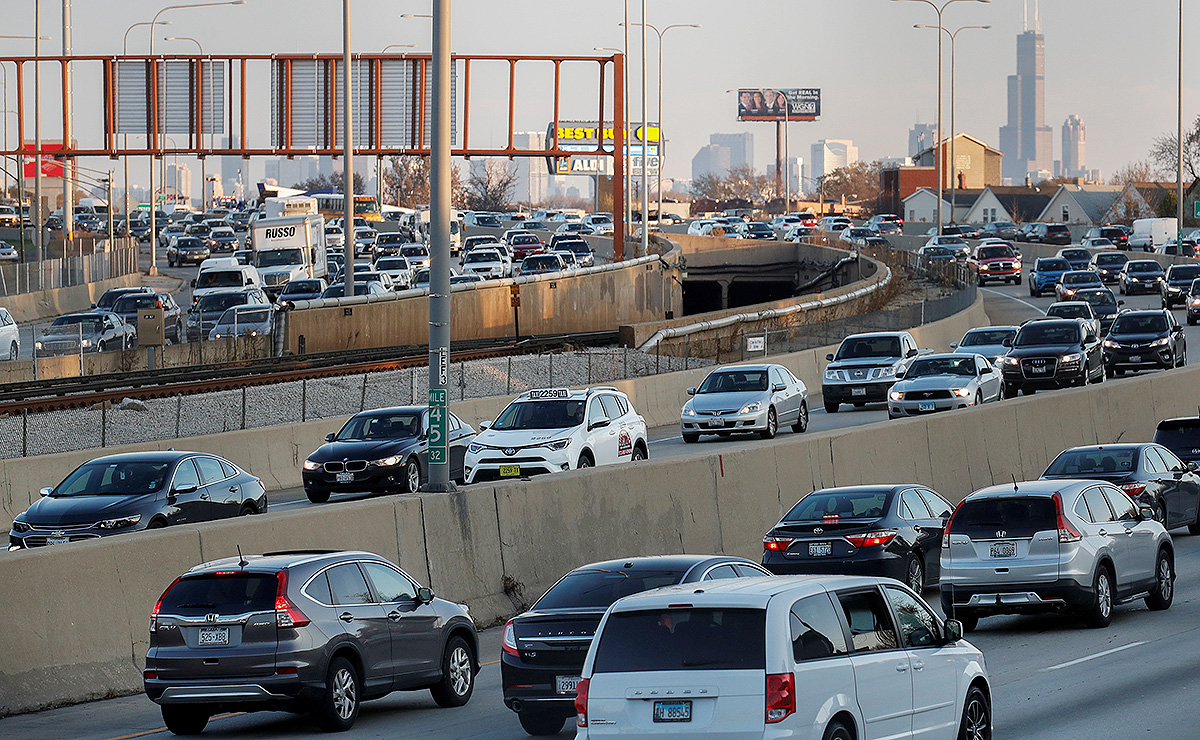 Crowded cities. Nightmare commutes. Congested roads. Those are some of the challenges spotlighted in the annual Global Traffic Scorecard compiled by traffic analytics company Inrix.

The delays worsen every year. Except 2020.

The coronavirus upended travel across the world, and the company's latest report, issued this week, underscores the dramatic nature of the disruptions.

Traffic delays fell nearly 50 percent in major cities across the U.S. The average American driver spent 26 hours in traffic jams in 2020, a drop of 73 hours from just a year earlier. Collectively, motorists saved approximately 3.4 billion hours that would have been wasted sitting in traffic.

"COVID-19 has completely transformed when, where and how people move," Bob Pishue, transportation analyst at Inrix, said in a written statement. "Government restrictions and the continued spread of the virus led to shifts in travel behavior seemingly overnight."

The company extracts billions of data points from phones, cars, trucks and cities to compile its annual report.

Inrix suggests the lagging downtown recovery will have adverse effects on offices, restaurants and entertainment venues.

The most significant disruptions may be in the rearview mirror. But the pandemic's effects on congestion, public transit and the nature of cities themselves will reverberate for years to come.

Waymo reconstructs crashes, eliminates most of them in simulation Tech company Waymo has provided a glimpse of how self-driving systems could one day dramatically reduce road fatalities. In a first-of-its-kind analysis, the company reconstructed real-life deadly crashes that occurred over a decadelong period in and around its Chandler, Ariz., operating area. When Waymo replaced the human driver with its autonomous system and simulated the crashes, it found its system avoided collisions in 84 of 91 scenarios studied. Further, Waymo's system mitigated the severity of crashes in four of the remaining incidents.

Consumers fear self-driving future but like the tech that blazes the path Americans are afraid to ride in autonomous vehicles, but they're far more enthusiastic about driving with the help of building-block technologies. That's the mixed-message takeaway from a AAA survey of consumers on their attitudes toward the technology proliferating in today's vehicles and future ones. Just 14 percent of respondents told researchers from AAA, the nation's largest motoring organization, they would trust a vehicle to safely drive itself. Most — 54 percent — were unsure about their feelings, while 32 percent said they would be afraid.

Toyota chief's warning to Apple Toyota Motor Corp. President Akio Toyoda offered a warning to Apple Inc., which is plotting a foray into the auto industry: There's more to the business of selling cars than just having the technology to produce them. The automotive industry welcomes new entrants, "but after making a vehicle, I'd like them to be prepared to deal with customers and various changes for some 40 years," Toyoda said at a news conference held Thursday by the Japan Automobile Manufacturers Association, where he is the chairman.

Automaking is only part of GM CEO's vision.

Recommended for You
How will disabled drivers access EV chargers?
Bosch is latest to join hydrogen investment wave
Recent updates are reminder of China's big role in AV world
Sponsored Content: Why People Should Be the Center of Any Future Automotive Supply Chain Strategy
Sponsored Content: Reap the Benefits of Direct-to-Consumer without Channel Conflict