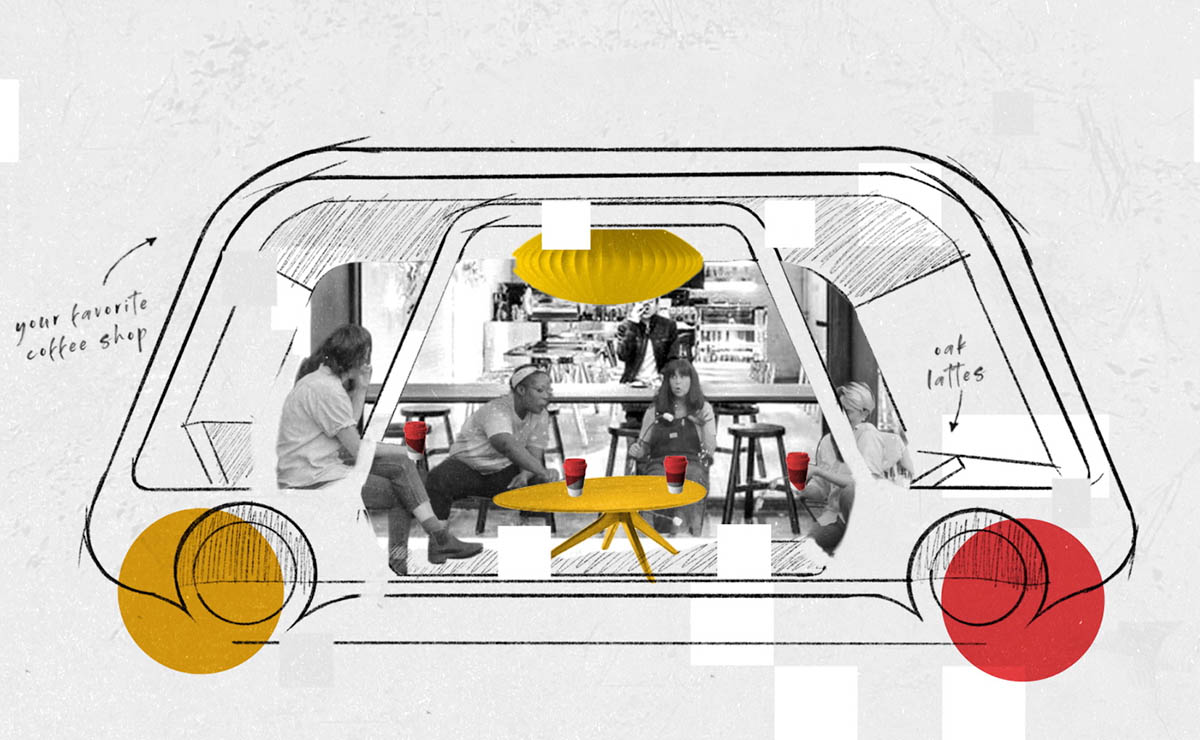 Sitting in the rear seat of a May Mobility shuttle as it trundled around a few blocks of downtown Detroit, I gazed out the panoramic moonroof and through the large windows on the lengthened rear door and saw the Motor City in a whole new way. As much as the ride was a technology demonstration, it inadvertently was a reminder of the city's architectural greatness.

I was reminded of this years-old experience this week after reading that Sarah Sandman, an artist with the TED Fellows, hit upon a similar sentiment when Lexus asked her and others in the global program to imagine new autonomous-vehicle designs.

"One of the most magical moments of travel that I've ever experienced was on the Empire Builder train going cross country," she said of the Amtrak route that operates between Chicago and Seattle. "There is a glass car. You can swivel and look out to see what's happening in the glorious world. Or you can swivel inward and talk to your friends."

That's the sort of 360-degree view and experience she imagines autonomous-vehicle developers could bring to next-generation vehicles.

Of course, there are some practical constraints involving crash-testing and novel seating positions that make such a design difficult to bring to fruition. But the point of this Lexus exercise, in some fashion, was to envision tomorrow's transportation without the baggage of today's restrictions.

Sandman and others in the TED Fellows program sketched some broad ideas on how AV designers could prioritize people and a sense of community in future vehicles. Some harked back to black-and-white 1950s advertisements – the family sitting around a board game as autonomous sedans with pronounced tail fins cruise down mostly empty highways.

But Sandman's notions of self-driving vehicles becoming conduits to the outside world and links to a broader community stand in stark contrast to many of the AV concepts that automakers have displayed at CES and auto shows so far. These either cocoon device-addled passengers in more screens or envision vehicles as mobile offices where employees focus on adding to their "productivity."

Sandman provides a needed outside voice and refreshing alternative that's worth heeding.

Just days before Lexus discussed the project, the National Park Service embarked on a pilot project with mobility operator Beep to use autonomous shuttles to transport tourists around a base village at Yellowstone National Park. It's not hard to imagine a not-too-distant future where the same shuttles can be mobile tour guides, taking visitors around the park while providing context on the history of Old Faithful.

Whether it's in downtown Detroit or majestic mountains in national parks, Sandman's view of the autonomous future is one we're only beginning to glimpse.

Tesla lockouts expose cloud drawbacks As automakers seek to make their vehicles increasingly connected — especially given the myriad benefits that can be provided — there are still some wrinkles to iron out. Chief among them? Cybersecurity threats, consumer data privacy concerns and the possibility of connectivity — or a lack thereof — affecting safety-critical functions of a vehicle. In September, Tesla drivers experienced a brief network outage that left some unable to connect to the company's app and website. Drivers said the disconnection from the mobile app impacted their ability to open their car doors and access other services.

Lucid targets classic luxury, not the green scene Lucid Motors' first retail showroom outside of its Silicon Valley headquarters is in the Beverly Hills auto plaza for a reason. A Mercedes-Benz store is just a mile away. Audi and Cadillac dealerships are within walking distance. The Lucid storefront, which opened in early October, looks out onto a section of Wilshire Boulevard populated with German sedans, European supercars and the occasional Rolls-Royce. The factory-run Lucid Studio and Service Center previously was a McLaren dealership. While Lucid at first blush evokes comparisons to the California electric vehicle startup that is now the world's most valuable automaker, executives don't see Tesla as its principal rival, despite similarities such as the direct-to-consumer retail model and promises of future autonomous-driving features.

VW CEO says a Biden victory would better suit automaker's strategy Volkswagen Group CEO Herbert Diess on Thursday said a victory by Democrat Joe Biden in the U.S. presidential race would better suit the German automaker's efforts to mass-produce electric cars across the globe. "A Democrat program would be more aligned with our worldwide strategy to fight climate change to go electric," Diess said on a Bloomberg webcast on Thursday. That said, VW established "really a trustful relationship with the Trump administration and government," Diess said. "We did a lot also to contribute to build America."

The rural testing facility in Michigan simulates one of the most densely packed areas of Tokyo.

Gentex caters to Japan and thrives.

Aston Martin wants more than 20% of sales to be electrified models by 2024.

VW is counting on the 2021 launch of ID3 battery-electric hatchback in China to help the automaker reach its emissions targets in the country next year.