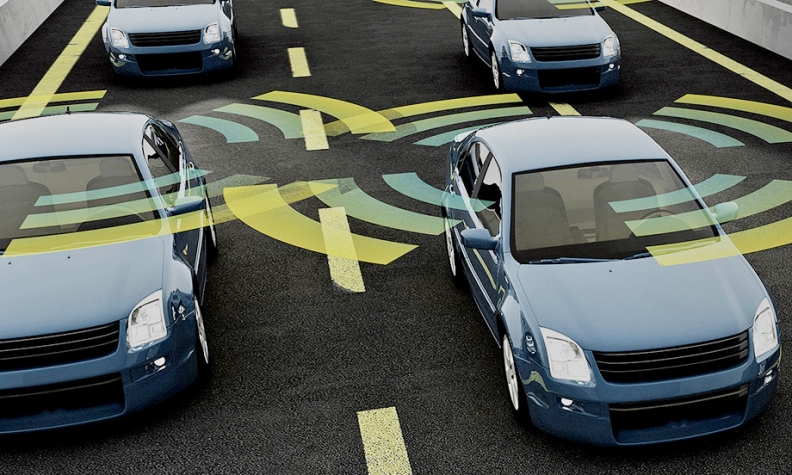 It appears self-driving vehicle developers will face more than technological or logistical challenges. They may have a gender gap to overcome.

The study is a quarterly examination of market readiness for and acceptance of self-driving and electric vehicles. J.D. Power conducts the research in collaboration with SurveyMonkey.

More than 5,000 consumers and industry experts were polled. J.D. Power found that consumer sentiment about EVs and AVs had not changed since the second quarter and that automakers are not making progress in changing these perceptions. This is despite the billions of dollars being invested in these technologies.

On a 100-point scale, the confidence level was 36 for autonomous vehicles and 55 for EVs.

"It was a little surprising to find consumer sentiment about self-driving vehicles and electrification has stayed flat, but it shows that consumers are really steadfast in their opinions about new mobility technologies right now, regardless of how close they are to being available for purchase," said Kristin Kolodge, executive director of driver interaction and human machine interface research at J.D. Power.

Some also voiced concerns with the potential impact of self-driving technology on jobs, and 71 percent worried about technical failures.

On the EV front, some of the barriers to adoption are affordability, the availability of charging stations, inadequate driving range and overall reliability of the vehicle.

Sixty percent of those who had owned a battery-electric vehicle said they were "extremely likely" or "very likely" to purchase a similar vehicle, according to the study. Conversely, 59 percent of those who had never been in such a vehicle were "not too likely" or "not at all likely" to purchase or lease one. However, more than 75 percent of total respondents said tax credits or subsidies for electric vehicles would influence their purchase decision.

"Charging, cost and range are unavoidable challenges for battery-electric vehicles when compared with traditional vehicles," Kolodge said. "Automakers should focus as much on developing some overriding advantages instead of just working on minimizing the disadvantages. Consumers don't know what to ask for but there are all sorts of possibilities. The first automakers to solve this will have a huge advantage."

Editor's note: Automotive News reporter Pete Bigelow participated in the survey but was not involved in the writing and editing of this story.

Ford launches two major EV charging initiatives Ford Motor Co. plans to offer customers of future electric vehicles access to the Electrify America network of charging stations. The automaker also will partner with Amazon to install at-home outlets once its first long-range EV goes on sale next year. On Thursday, Ford laid out its charging infrastructure plans for the first time, roughly a month ahead of the planned introduction of a long-range EV crossover, expected to be called the Mach E. Its strategy includes offering free mobile charge cords so customers can plug their vehicles into either 240-volt or 120-volt outlets, the optional installation of a faster-charging home station, and new features on its FordPass app that show buyers range information and available charging locations.

Up, up ... and away Audi has suspended work on its Pop.Up air taxi and has put under review its partnership with Airbus to develop the vehicle. "We are working on a new direction for our urban air mobility activities and have not yet made a decision regarding potential future products," Audi said in a statement to Automotive News Europe. Audi said it had stopped all work on the Pop.Up concept that was developed by its Italdesign subsidiary with Airbus.

AV truck firm takes different road So far this year, self-driving startups have sent trucks trundling along Florida highways with no humans aboard and carried packages between Dallas and Phoenix for the U.S. Postal Service. With an estimated $800 billion trucking industry hungry for breakthroughs, companies such as TuSimple and Starsky Robotics are eager to prove their technological mettle on public roads. But another well-funded trucking startup, Ike Robotics Inc., won't be tailgating their efforts anytime soon. Though the company has functional prototypes of its system, it is opting not to test on public roads for the foreseeable future.

Listen to the latest Shift podcast

Chinese entrepreneur Jia Yueting has filed for bankruptcy in the U.S., with plans to turn over his latest venture, electric vehicle startup Faraday Future, to creditors, Bloomberg reports. PHOTO: BLOOMBERG

At this month's Tokyo Motor Show, Toyota plans to show a line of compact battery-powered runabouts and pull the wraps off the LQ, an updated, closer-to-production version of its futuristic Concept-i self-driving, electric pod car, equipped with a digital assistant.

Too easy to make? Bloomberg examines why James Dyson has abandoned plans to produce an electric car.

Toyota Europe will launch the new Yaris as a hybrid only, with gasoline versions arriving later.

Renault and Waymo said they would explore the creation of an autonomous mobility service between Charles de Gaulle airport in Paris and La Defense business district.

Hyundai Motor Group plans to invest $34.6 billion in mobility and other auto technologies by 2025.

Want to boost consumer confidence in autonomous driving? A good way to start is optimizing the usability of advanced driver assistance systems, writes Charity Rumery, head of automotive and industrial at HERE Technologies.

All told, China’s electric fleet may swell to 162 million vehicles by 2040, according to forecasts by BloombergNEF.

There are almost as many places to charge your electric vehicle in Beijing as there are in the entire United States. According to the latest counts, China, the world's biggest market for EVs, has about eight public chargers for each one in the U.S., Bloomberg reports.