LAS VEGAS — Technology that could fundamentally reshape transportation was easy to find last week at CES.

There were sensors that allowed autonomous vehicles to travel at speeds approaching 190 mph, breakthrough battery advances that could enhance the transition to electric vehicles and immersive cabin technology that alters the passenger experience in cars.

How such technology moves from the show floor into the real world remains a vexing proposition. Innovation, particularly in the automotive sector, can be plodding.

It's an age-old problem scrutinized with renewed vigor during CES. Pressing concerns over greenhouse gas emissions, energy security and geopolitical stability, and economic uncertainty have automakers seeking technology that can deliver both breakthroughs and cost reductions.

But those technologies must pass through laborious and thorough development, verification and validation processes. Sometimes patience is required; sometimes policy and funding can increase the velocity.

"You can make an argument that innovation is a function of time, and you eventually come up with a better solution," said Philipp Kampshoff, who leads the McKinsey Center for Future Mobility in the Americas. "It's also a function of the resources you put up against it."

Automakers and others have committed those resources, investing more than $530 billion across autonomous, connected, electrified and shared mobility technology since 2010, according to McKinsey's figures.

But just 6 percent of that investment came from automakers, McKinsey said. The remainder came from venture capital, private equity and technology players. For those accustomed to working outside the automotive business, the speed at which the industry moves remains a frustration.

"Other sectors say, 'Let's go, this is fantastic, we want to own this space,' " said Russell Pullan, CEO of eLeapPower, a Canadian startup that showcased an integrated inverter that allows EVs to charge directly from the grid without an onboard charger and increases range. "Automotive says, 'This is great, but have you done it for 15 years?' "

U.S.-made EVs rule the market — and the trend is accelerating: Thanks primarily to Tesla and General Motors, U.S.-made EVs are dominating the U.S. market, Experian registration data shows.

Beyond the cars, here's the best of CES: The transportation-related innovations we liked best at CES melded big visions with technology that will be ready for customers in the near term. 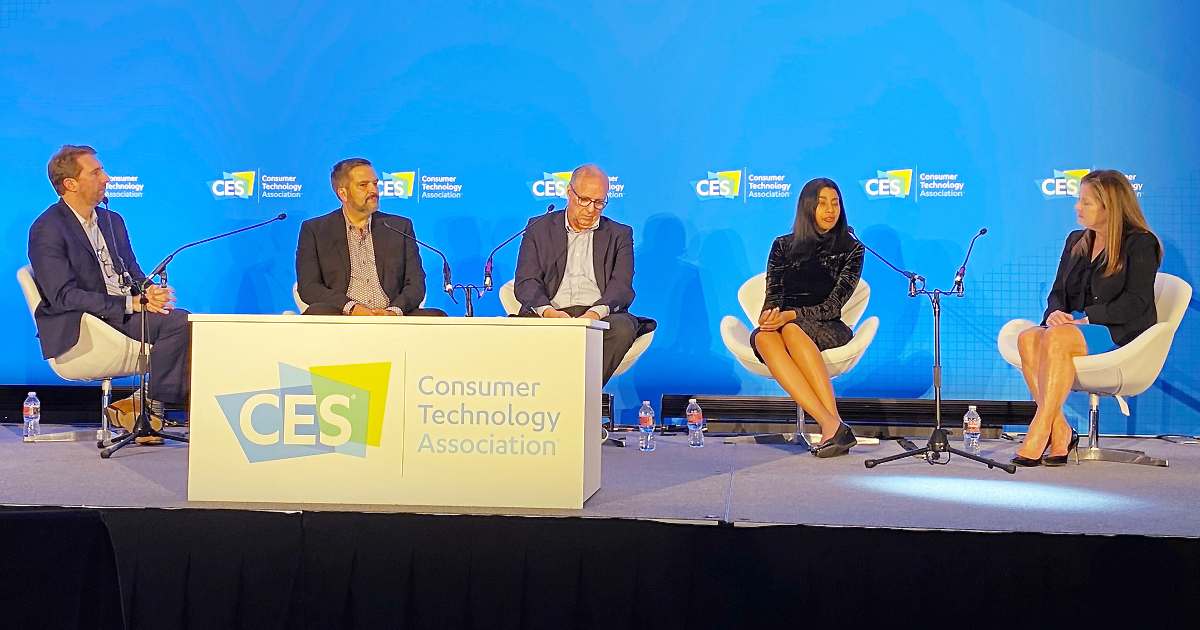 The number of U.S. charging stations must quadruple through 2025 to meet demand, S&P Global Mobility said.

GM, Ford and Google are among companies that will work together to establish standards for virtual power plants that could ease loads on electric grids.

Sensor companies sought to stand out from the pack at CES.

Evelyn Wang, professor of engineering at the Massachusetts Institute of Technology, was sworn in as the director of the U.S. Department of Energy's Advanced Research Projects Agency-Energy. Wang's research has led to innovative solutions for clean energy and water, according to a news release. In a statement, Wang said she looked forward to "strengthening the ties between research and development to bolster our economy, domestic energy and national security."

Motor vehicle crashes cost U.S. society $340 billion in 2019 alone, according to a new study by NHTSA. Distracted driving cost the country $98 billion, while traffic congestion cost the U.S. $36 billion. Those annual costs only figure to have risen since then, as the number of U.S. road deaths has since increased.