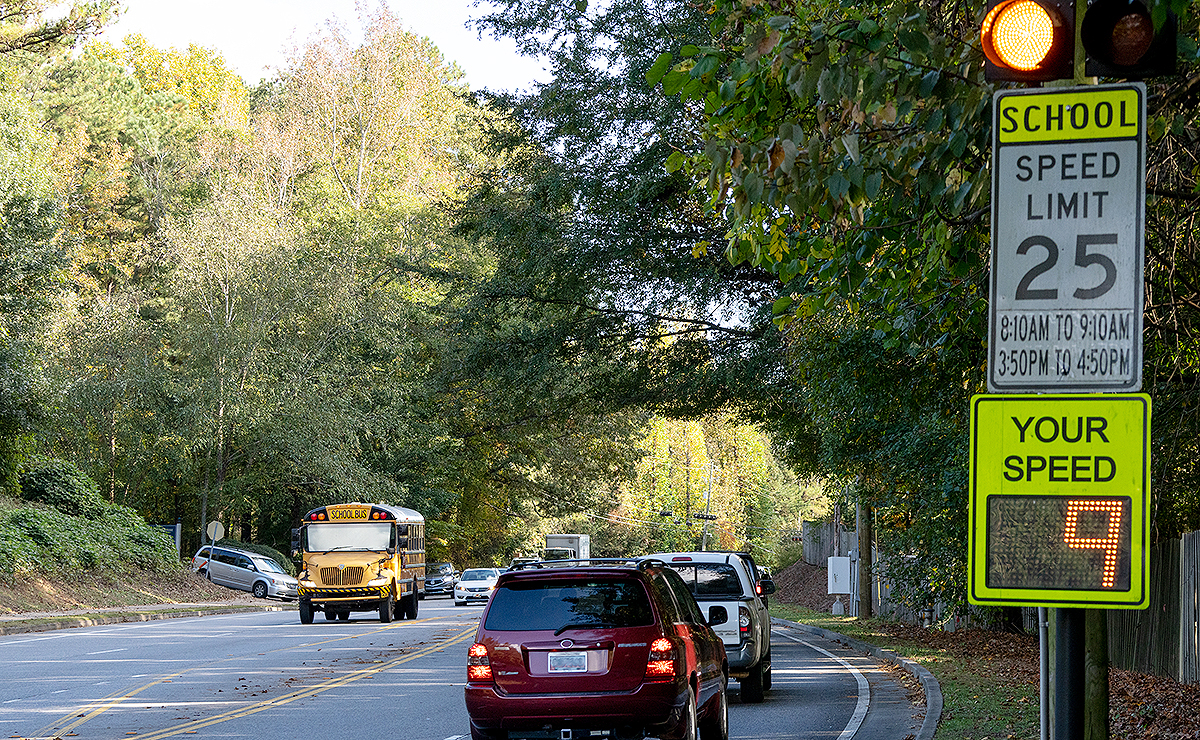 Audi is developing plans to use connected safety technology for keeping kids out of harm's way.

Executives from the luxury brand rolled out plans this week to design vehicle-to-everything connected tech that can alert drivers they're approaching school zones or school buses picking up or dropping off students.

Audi is working with two other companies, Applied Information and Temple Inc., to develop this V2X technology and test it aboard an e-tron prototype vehicle at the Infrastructure Automotive Technology Laboratory in Alpharetta, Ga. The project is expected to be completed in the first half of 2021, Audi says.

"Using next-generation cellular technology, we have an opportunity to help save lives of some of the most vulnerable road users – schoolchildren," says Pom Malhotra, director of connected services at Audi of America.

An average of 121 people are killed in school transportation-related crashes every year, according to the latest federal figures, and two-thirds of those are pedestrians.

Recently, the National Transportation Safety Board investigated a 2018 crash in Rochester, Ind., in which the 24-year-old driver of a pickup ignored the warning lights and stop arm on a bus and struck and killed three siblings crossing the street.

In its finding, the NTSB said there was a need for more crash-prevention technology, including V2X, that better protects students, especially in areas where students may cross roadways.

That's what Audi intends to build. In one application engineers are testing, roadside units installed in traffic infrastructure could warn drivers when they're approaching active safety zones and alert them if they're exceeding the speed limit. In a second, Audi wants units aboard buses to broadcast messages that let approaching vehicles know their stop arms are extended and passing is prohibited.

Audi's effort comes as the Federal Communications Commission prepares to move forward with a plan to reallocate a portion of the 5.9-gigahertz spectrum on which these lifesaving safety messages can be transmitted.

For the better part of two decades, that spectrum has been reserved for automotive safety purposes. But FCC Chairman Ajit Pai says it has "lain fallow" while overall demand for Wi-Fi has mushroomed. His plan – to be voted upon Nov. 18 – would strip the auto industry of about half its allocated spectrum.

Perhaps critically, it would retain a portion that could be used for cellular-based V2X messages such as the ones Audi has proposed. But $645 million invested in a similar, competing technology, Dedicated Short Range Communications, over the past two decades may be lost if Pai's plan is approved.

At a time when at least a portion of V2X's potential is imperiled, Audi's plans underscore the promise of this technology. After all, what could be more important than keeping kids safe?

Daimler doubles down on self-driving trucks, starts partnership with Waymo Customers who purchase tractor-trailers from Daimler Trucks have an array of choices in their powertrains and transmissions. Someday, they may have a choice of self-driving systems. Daimler Trucks has embarked on a partnership with Waymo, the self-driving technology company spun from Google, in which the two companies will jointly develop and deploy autonomous big rigs. "We started building trucks back in the 1930s, and we've always given customers a choice," said Roger Nielsen, CEO of Daimler Trucks North America. "They never want to be put in a hole, with us saying, 'This is what you have to have.' We always offer a choice." In August 2019, Daimler Trucks took a majority stake in Torc Robotics, a Virginia-based AV company.

Driver-assist systems require more than trust Automakers and tech companies have sought to cultivate the trust of consumers as they've developed and launched driver-assist systems that many consider a prelude to self-driving vehicles. Those efforts may be misguided. Consumers often are confused by the performance capabilities and limitations of driver-assist systems, which can control some steering, acceleration and braking tasks. Motorists who place too much trust in these features may find themselves in potentially dangerous or deadly situations.

Ford's upcoming battery-electric van will be called the E-Transit and will be unveiled on Nov. 12.

Elected officials will need to get in gear on autos, including issues involving electric and autonomous ones, says Automotive News editorial.

House lawmakers say AV bill will be a priority.

Hummer sets tone for how GM will develop, scale EVs.

VW's Traton and Toyota's Hino to develop electric trucks together.

A lens on the changes in electrification and cities.

Cruise’s driverless Origin shuttle would carry two passengers at a time separated by a clear barrier.