EV9 targets 300 miles of range on a full battery charge.

The blocky and muscular design of the Kia EV9 concept is in keeping with the brand's move toward a more rugged image for gasoline-engine crossovers.

Kia's first vehicle on a dedicated electric vehicle platform — the EV6 — is not scheduled to arrive in U.S. dealerships until early next year, but the automaker is already hinting at its next electric crossover with the EV9 concept.

The concept, bigger than the Telluride, was introduced Wednesday at the Los Angeles Auto Show.

"Seen as the clearest signal yet from Kia as to what might be the next addition to its new-generation EV lineup, the concept EV9 epitomizes the brand's recent leadership in designing and developing desirable, high-tech, zero-emissions vehicles," Kia said.

Like the Hyundai Seven concept also shown Wednesday, the EV9 concept previews a coming three-row crossover with ultra-fast charging on Hyundai Motor Group's 800-volt architecture. Also like the Seven, the EV9 is targeted to achieve 300 miles of range on a full battery charge.

Hyundai has laid out its path for the E-GMP platform with the Ioniq 5 in U.S. dealerships by the end of the year, followed by the Ioniq 6 midsize sedan in 2023 and the Ioniq 7 midsize crossover in 2024. Kia's statement on Wednesday suggests that it's next new EV will be the midsize EV9 and not a sedan.

The blocky and muscular design of the Kia concept is in keeping with the brand's move toward a more rugged image for gasoline-engine crossovers. The EV6, in contrast, is more carlike.

"Contrasting with its muscular on-road presence, soft and welcoming volumes across the body of the Concept EV9 are offset with sharp and neatly edged elements," Kia said. "Solid rock geometry is expressed through a sophisticated design distribution of its mass."

The Kia concept also envisions different modes for using the vehicle, switching from an active driving profile to a resting one.

"Pause Mode modifies the interior space to be more akin to a first-class lounge, giving occupants the opportunity to directly interact with each other while benefiting from the light streaming in from the wide panoramic roof," Kia said.

The hybrid will combine a 1.6-liter turbocharged gasoline engine with a 44-kilowatt motor for a total of 226 hp, driving either the front wheels or all four with optional all-wheel drive. Kia said it's targeting 39 mpg combined in EPA testing.

The hybrid will go on sale early next year about the same time as the gasoline version, the automaker said. Pricing was not announced. 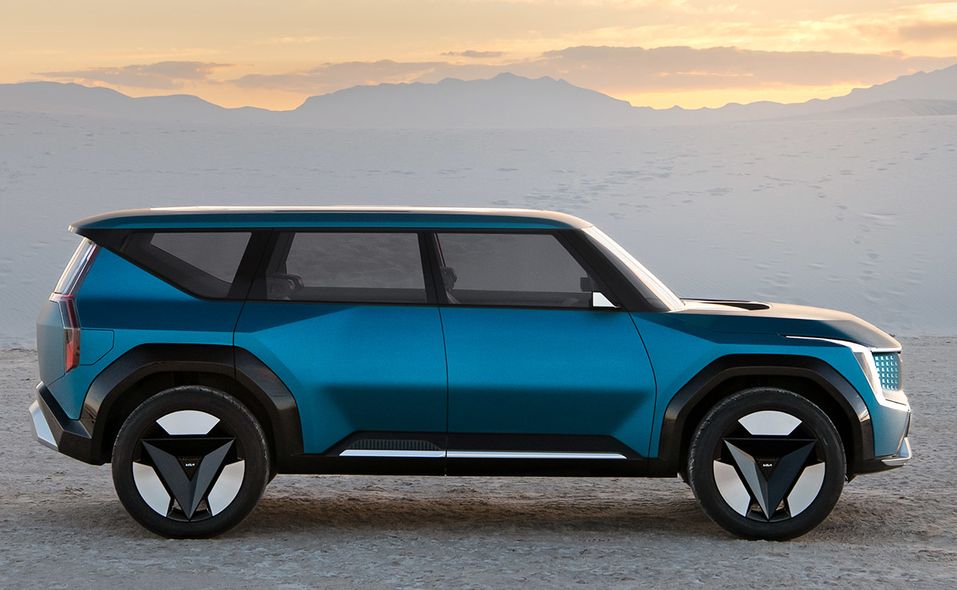 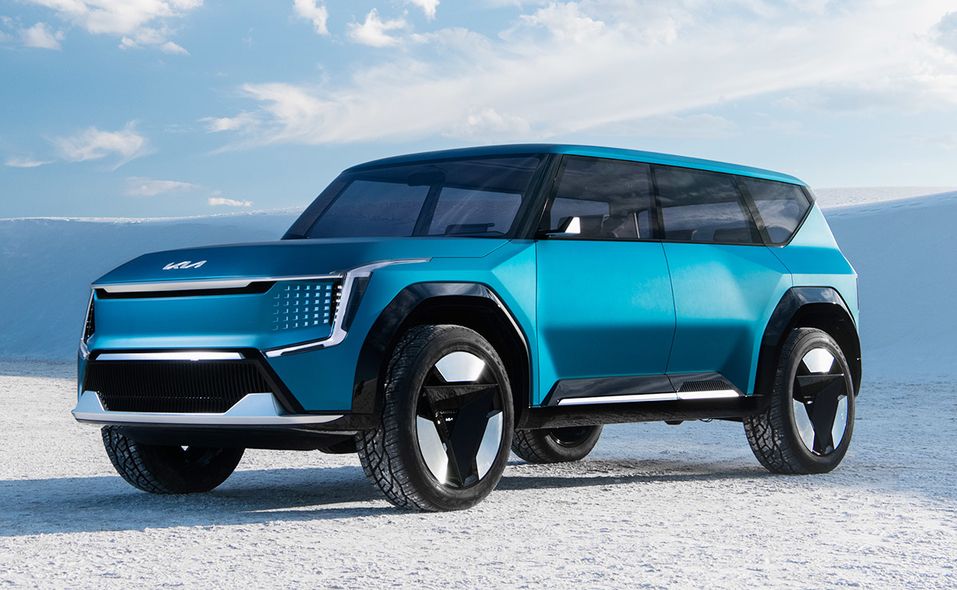 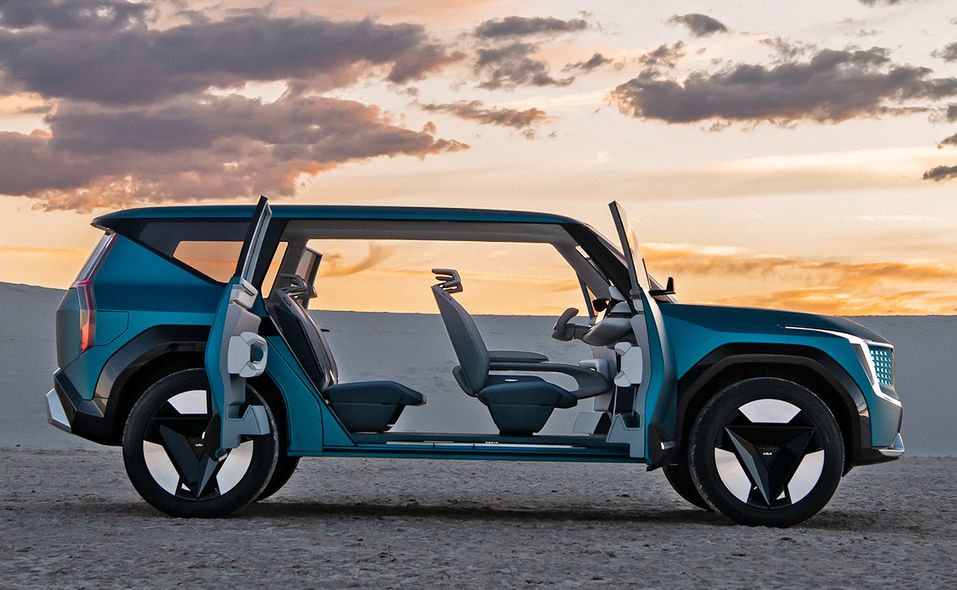 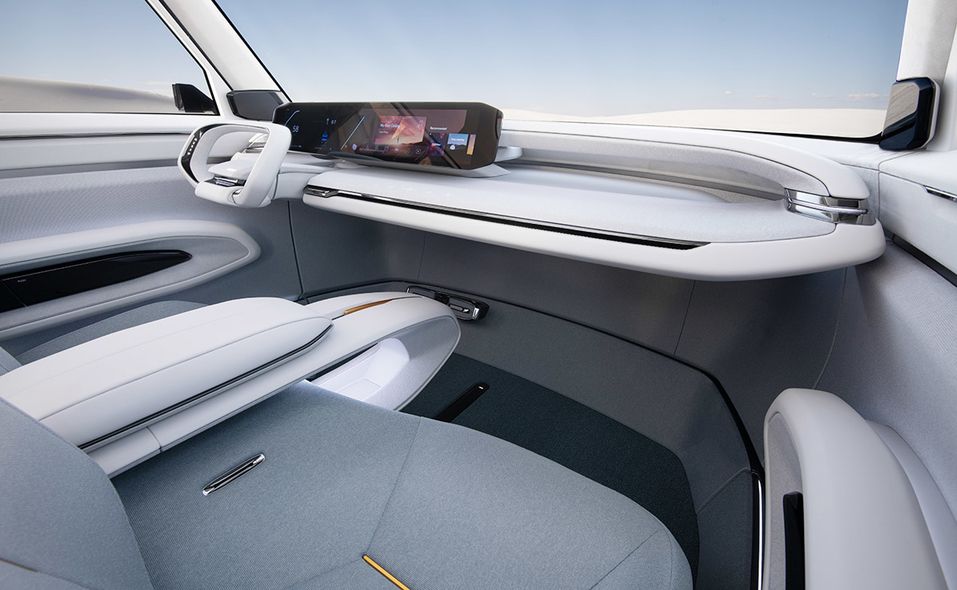 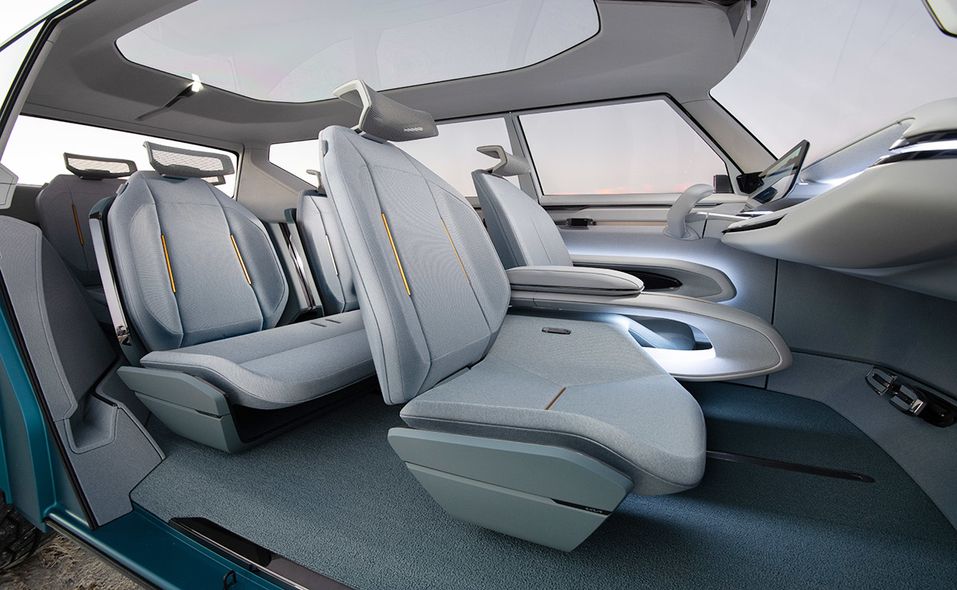 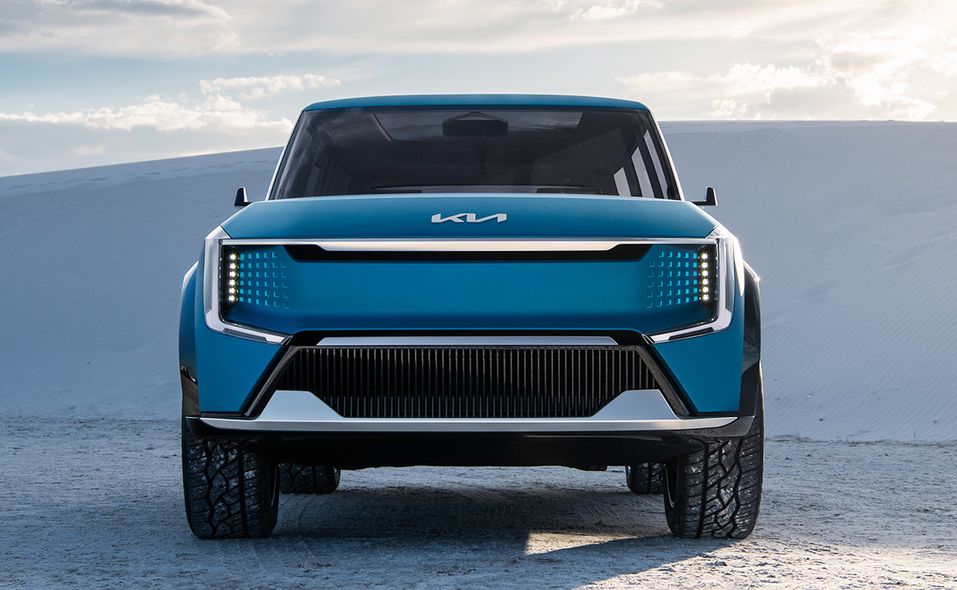 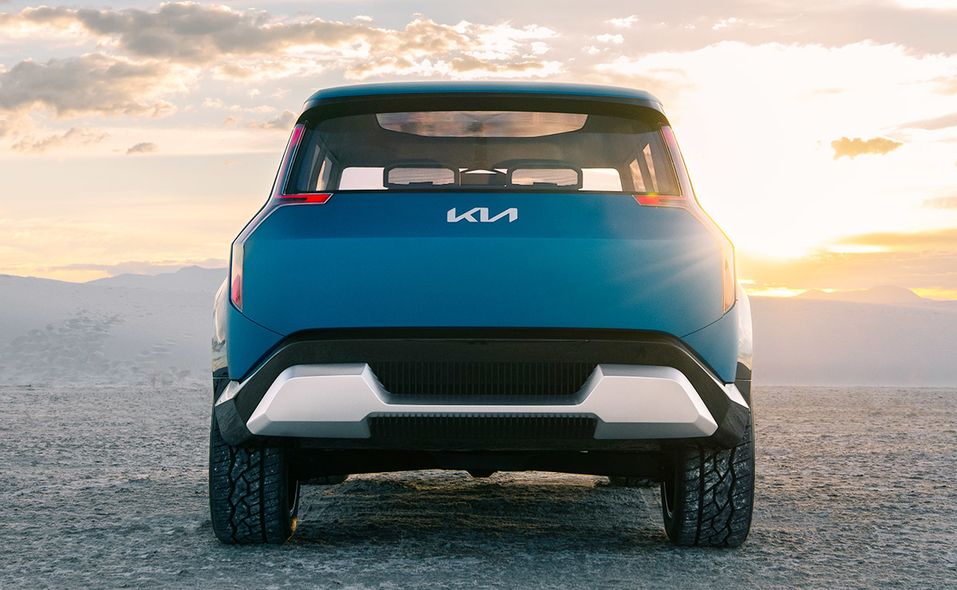 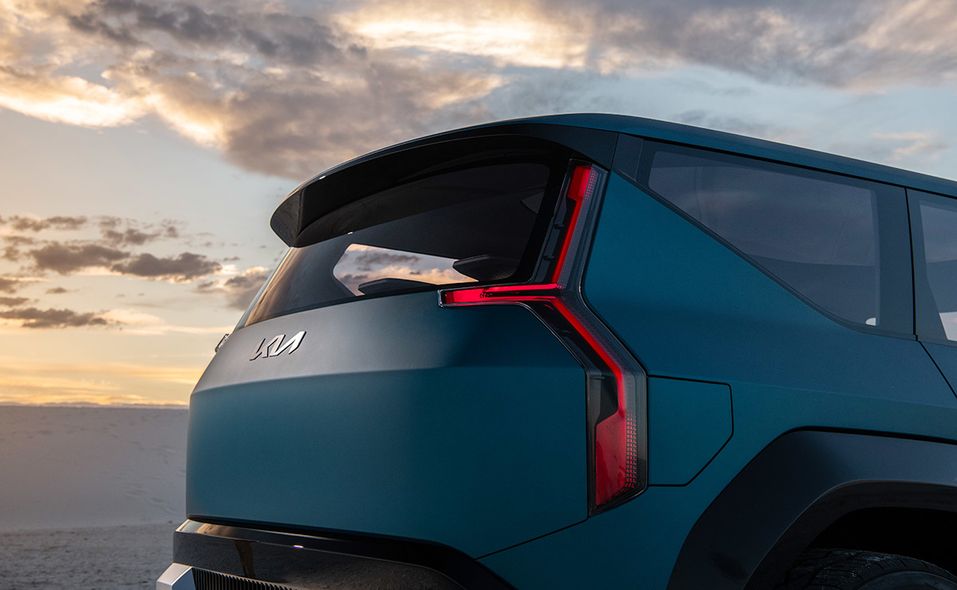