LOS ANGELES — The concept battery-electric vehicle Volkswagen is introducing at the 2019 Los Angeles Auto Show, the wagon-shaped ID Space Vizzion, presages the design of what is likely to become the third EV under the ID family in its U.S. lineup in the next five years.

The ID Space Vizzion, engineered on VW's MEB modular electric platform, is equipped in concept form with a 275-hp rear-mounted motor and an 82-kWh battery pack that the brand says will give it a range of about 300 miles in EPA testing.

A second 10-hp coaxial electric drive motor could be fitted to the front axle to provide on-demand all-wheel drive, VW says. The speed of the concept is electronically limited to 109 mph, Volkswagen says.

The ID Space Vizzion picks up several design cues from earlier VW BEV concepts, including interactive LED lighting elements that were incorporated into the production version of the ID3, the brand's first of what is expected to be a family of BEVs globally, which debuted in September at the Frankfurt auto show.

The concept replaces traditional exterior door handles with illuminated touch surfaces that light up as the driver or passenger approaches and opens the door with a touch.

Though it is a two-row vehicle in concept form, the ID Space Vizzion is capable of hosting a third row of seating. At 195.2 inches in length, it's about 10 inches longer than the current Volkswagen Tiguan but boasts a very slippery 0.24 drag coefficient that boosts its range. 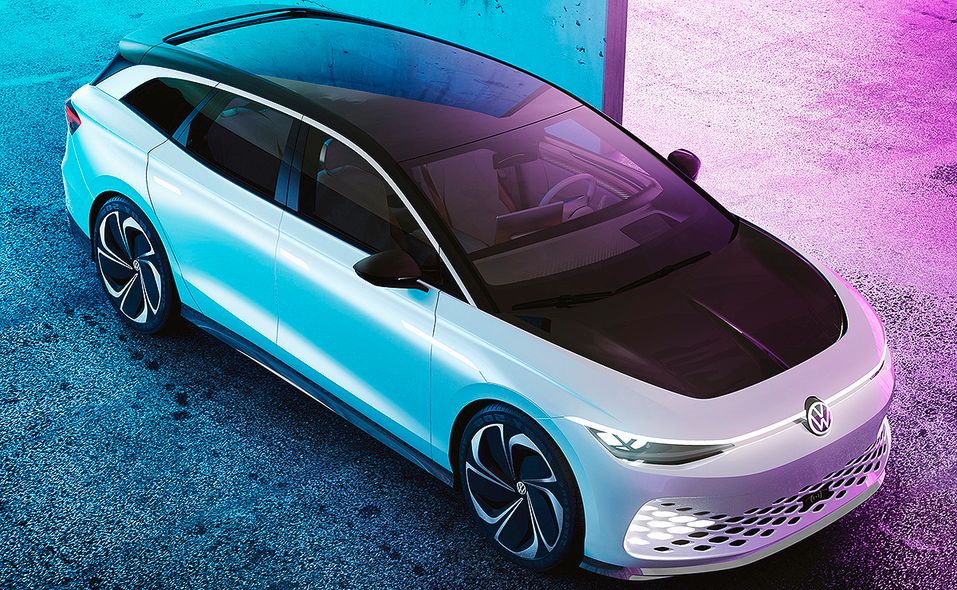 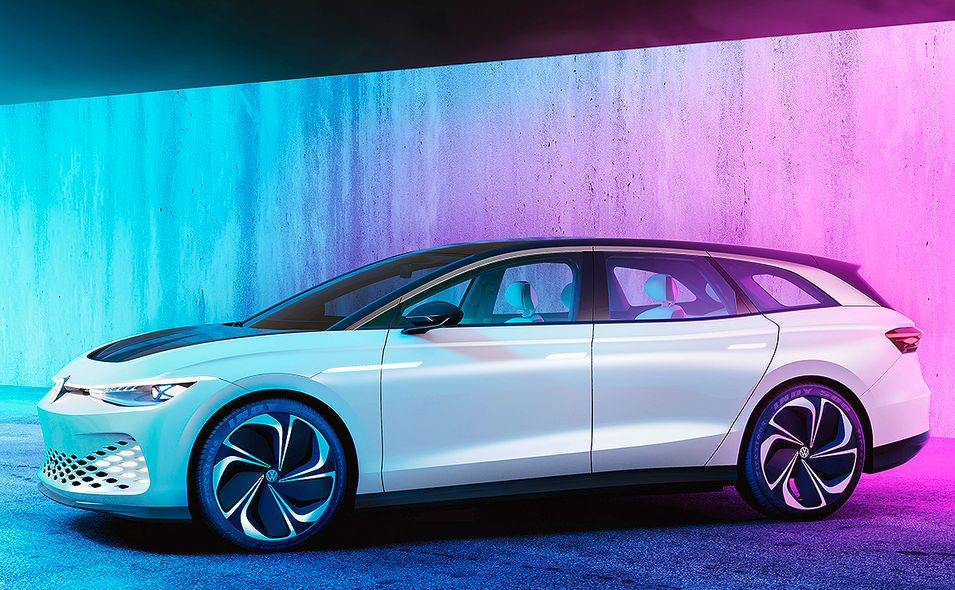 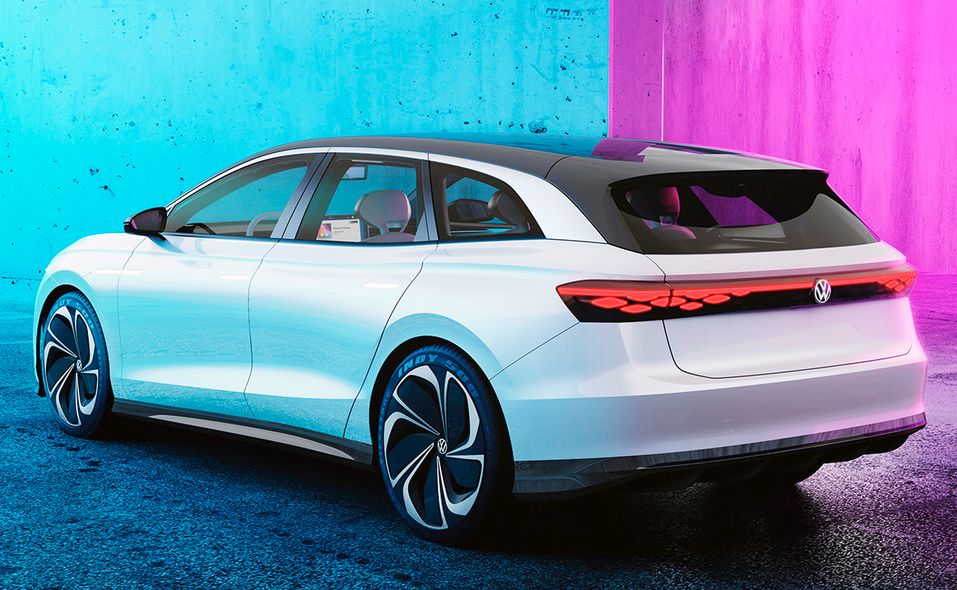 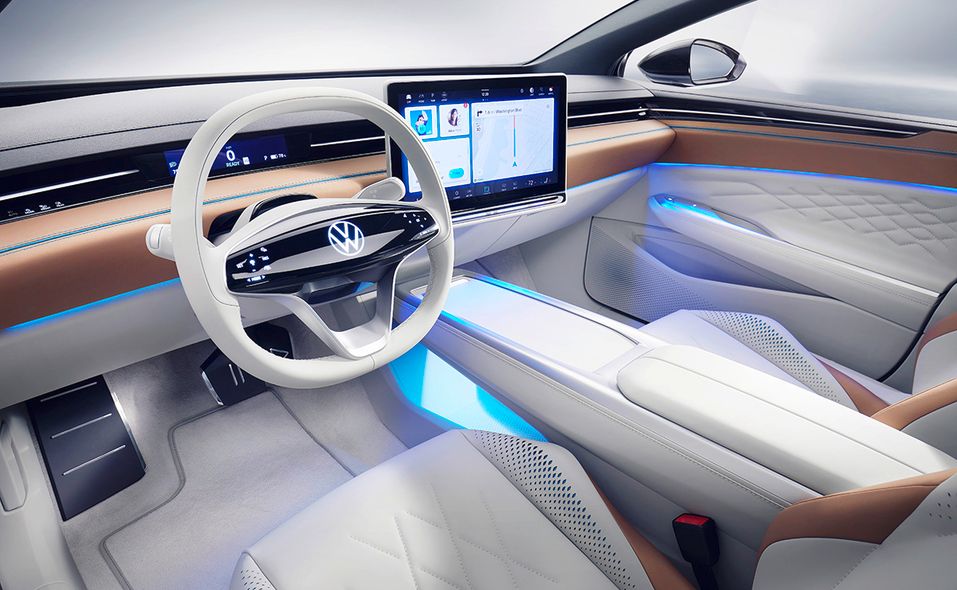 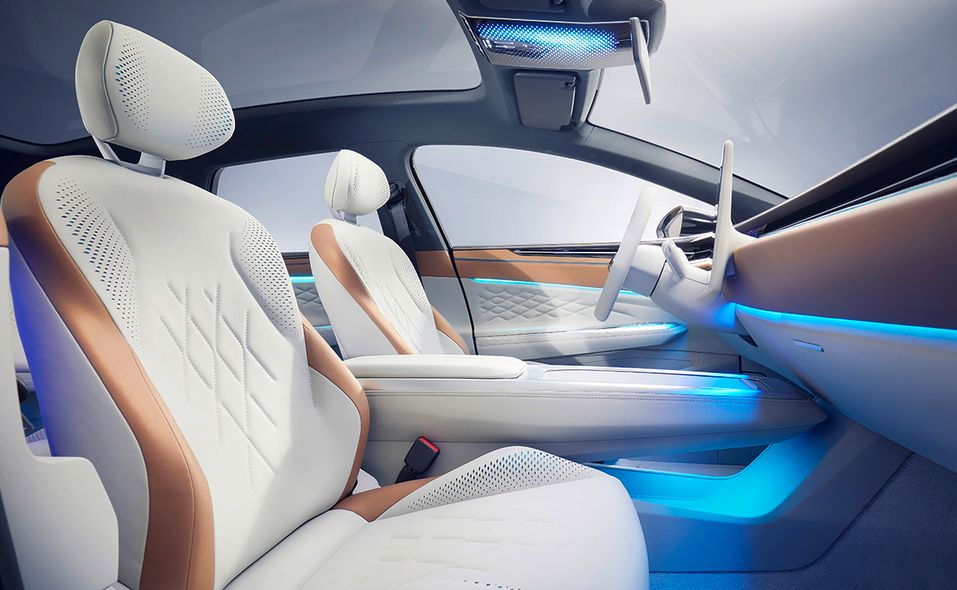 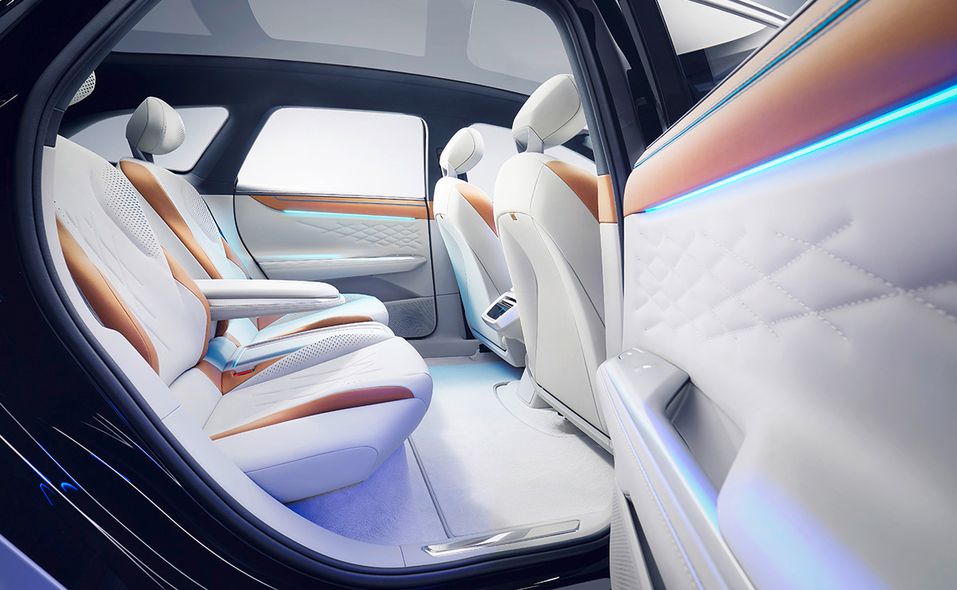 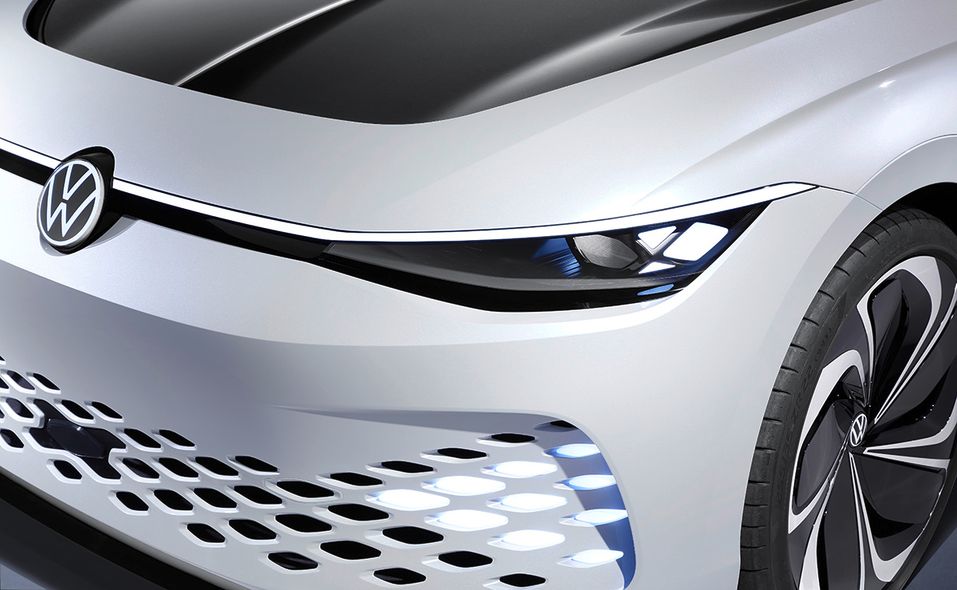 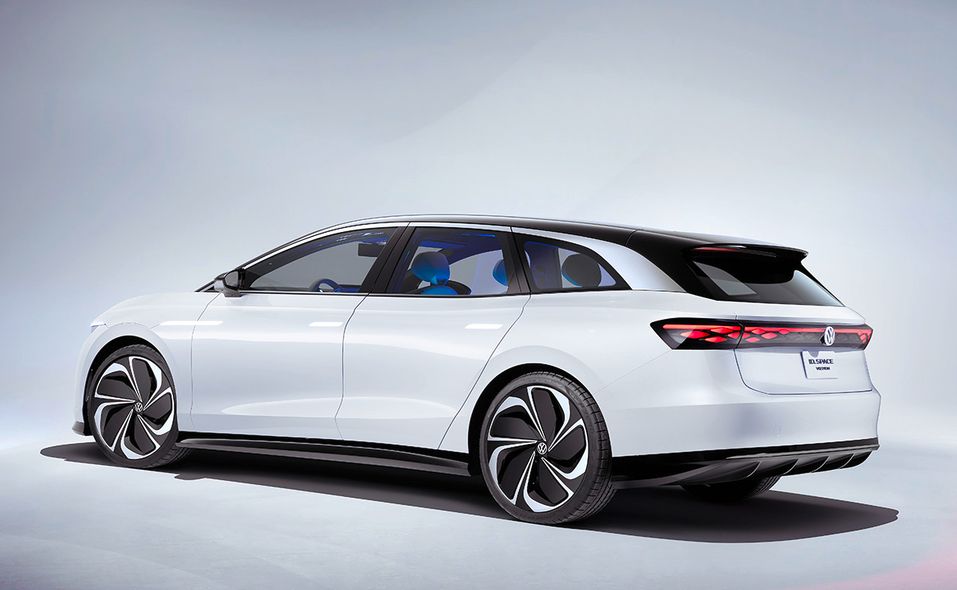 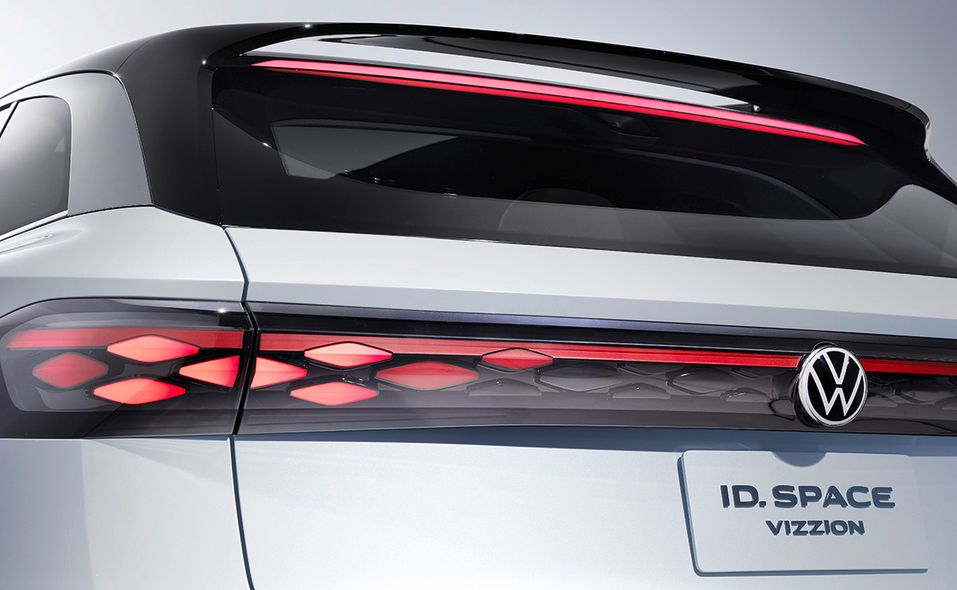 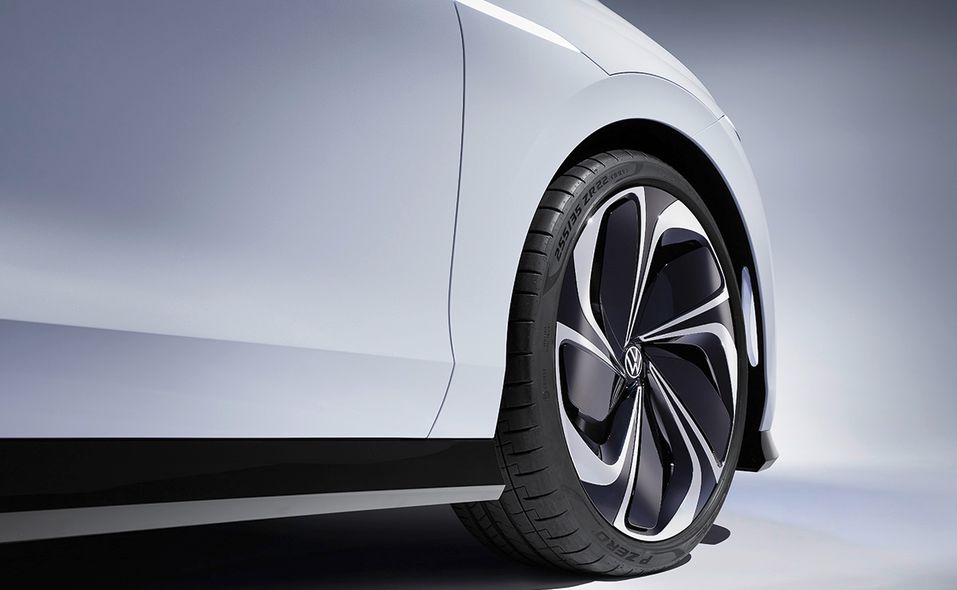 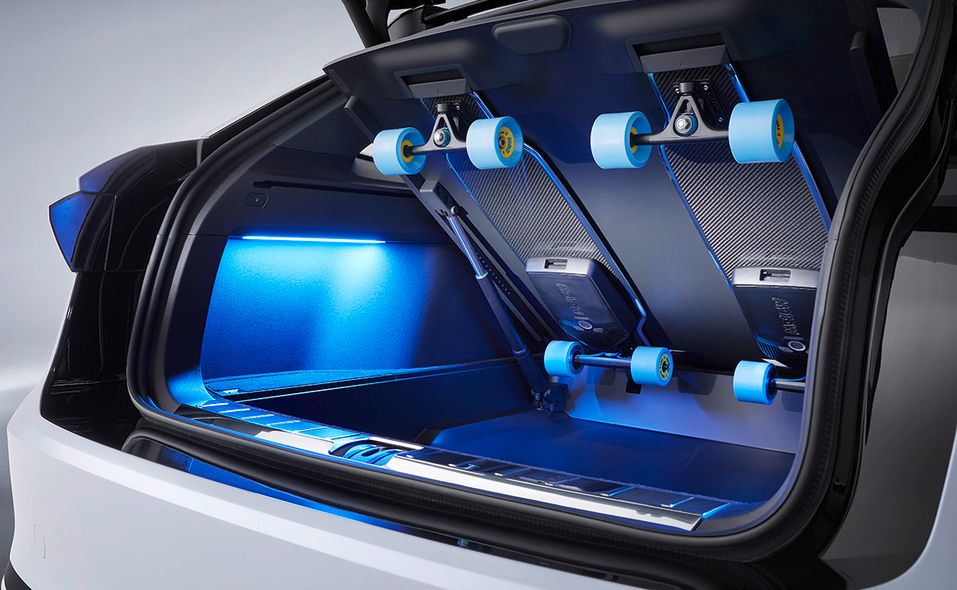 Inside the cabin, much of the cockpit clutter has been removed in favor of what Volkswagen calls an augmented reality head-up display -- a 15.6-inch touch screen that displays entertainment, comfort, online functions and vehicle settings. A simplified shifter has been moved onto a stalk on the right side of the steering column in the all-digital cockpit.

A thin light strip between the A pillars, which VW calls the ID Light, interacts visually with the driver with greetings, navigation instructions and brake prompts to complement audible interactions.

Volkswagen is also introducing a new material in the ID Space Vizzion that it says it may put into production. Called Appleskin, the leatherlike material was developed in-house by Volkswagen from the remnants of apple juice production. Volkswagen says it is able to replace 20 percent of polyurethane in a vehicle with the material, and that a future version of the material "will feature a metallic surface and will be illuminated by ambient lighting."

Late next year, VW is expected to begin selling the ID4 compact crossover, similar in size to the current Tiguan. A retro-styled version of the VW Microbus, currently called the ID Buzz, is expected to arrive in the U.S. by 2022. A production version of the Vizzion, either in two- or three-row form, would follow, though the plans could change.