Welcome to the Automotive News Leading Women Network. We're a community of automotive professionals, across all disciplines, working to educate, mentor and empower women currently in the auto industry, and promoting automotive careers as a rewarding option for a new generation of women business leaders.

Join us and get involved in a way that can really help advance women in the industry. The Automotive News Leading Women Network was developed with YOU in mind. Be a part of it!

Join the Leading Women Network online community to start conversations, discover connections and build relationships with other leaders in the automotive industry.

Sign up for our monthly "Lead the Way" newsletter, designed to bring you the latest news, inspiration and quotes from leading women in automotive.

Meet the Women of Influence

Some people just have a knack for making a difference. Here we look at automotive executives who have made the industry a better workplace - and marketplace - for women. 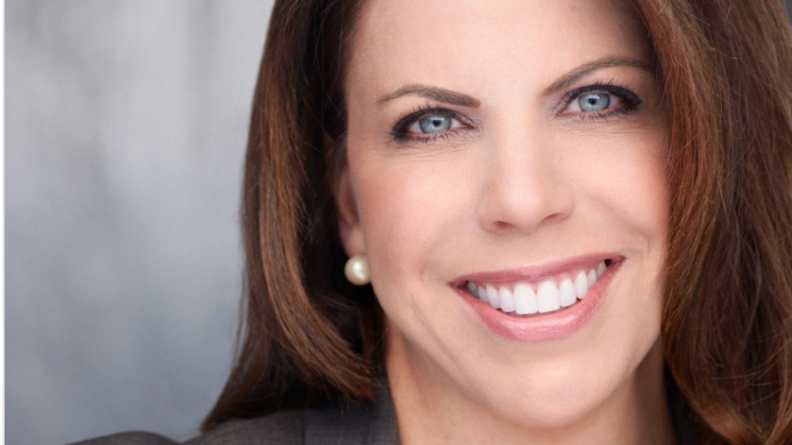 Hyundai Motor America CMO Angela Zepeda was the first women to join the automaker's C-suite. A year and a half later, she’s no longer the lone female near the top of Hyundai’s North American operations — reflecting the automaker’s ongoing push for more diversity in its work force.

Dierdre “Dee Dee” Fultz was pregnant and discussing her plans with her boss at the Chrysler manufacturing plant. “I remember he said to me, ‘I’ve never managed a woman before. How does this work? Do you come back after maternity leave?” she says.

“We’ve come a long way in the past 20 years,” says Fultz with a laugh.

To begin with, Fultz is now the boss— the plant manager for Stellantis’ Indiana Transmission Plant in Kokomo.

She also points to workplace advances like paternity leave and more flexible schedules for working parents, as well as the “progressive culture” she says the new Stellantis is trying to build. But she is passionate about the industry’s need to continue creating working conditions that support women. “We in leadership need to be flexible, to consider the needs of a person—whether that’s a man or a woman. How can you be flexible enough to attract them into the industry, and also keep them in the industry?” she says. “I was a single parent, trying to take care of a child and working maybe 80 hours a week. It’s not easy. We have to help create more of a balance between life and work for our employees.”

Fultz is one of two women Stellantis plant managers (alongside Tania Young, who she says is a personal role model), and was recognized among the 2020 Automotive News 100 Leading Women in the North American Auto Industry.

The youngest in a family of five, she credits her mom as her first role model and mentor. “After my dad died in an industrial accident when I was 11, my mom was left to raise five kids on her own,” she says. “She was the first woman detective in the Indianapolis police child abuse unit—but she was always there cooking dinner for us. And she saw that every one of us got a college degree.”

After graduating with a mechanical engineering degree from Indiana University-Purdue University at Indianapolis, Fultz went to work at locally based Eli Lilly & Co. The auto industry wasn’t on her radar until a family friend told her the industry needed female engineers.

Fultz landed a job at the Chrysler Detroit Axle facility in downtown Detroit. “It was in a risky area,” she remembers. “I got to the plant and thought: What did I do? I was about to call my old boss and ask for my job back, but my brother told me to give it a couple of weeks.

“Once I got into Chrysler, I found it was very fast-paced and addictive. People who are in manufacturing either love it or hate it, and I am a manufacturing kind of rat.”

A decade into her automotive career, she says, “I had been promoted a couple of times, moved to production…but when I actually got promoted to manufacturing manager, I thought, ‘Wow.’ I paused and raised my head,” says Fultz. She savored her success.

“But then I realized: I don’t see any other women like me. I don’t see another woman counterpart in this area,” she says. “Something is wrong with this picture.”

She still is frustrated by the lack of young women in the manufacturing side of the industry. She says her company brings local high schoolers into the plant, rotating the students through different areas to sample possible manufacturing careers. But in four years and 60 students, she remembers only two young women taking advantage of the opportunity.

“I don’t understand what we’re not doing,” she says. She spoke at a STEM summer camp for girls, and when she asked the campers about their future plans, “It was doctor, veterinarian…no one wants to go into manufacturing,” she says. “We need to do more to educate younger kids before they get to high school, expose them to what we do.”

For those young women who are interested in an auto career, Fultz offers two pieces of advice. “First, have confidence in yourself,” she says. “We as women tend to doubt ourselves. We feel we have to be perfect, that we have to ace the test all the time. I wish when I was younger that I’d told myself over and over: Never underestimate yourself. Never doubt yourself.”

Second, she says, “I remember being young and feeling fragile. I wish someone had told me to not take everything so seriously. Have thick skin.”

Kim Day had to step into some 'very big shoes' during a heart-wrenching time to help Canada’s Steele Auto Group complete the acquisition of several dealerships. Day's efforts on that project led to her being named company president and COO. As she navigates the group through an evolving retail sector, Day says one way to attract more women to the auto industry is through successful storytelling.

Sponsored Content
Grené Baranco tells us about the importance of representation in leadership roles.

When Grené Baranco’s parents, Gregory and Juanita Baranco, moved to Atlanta in 1978 to open a Pontiac dealership, they became part of the first wave of African American auto dealers in the United States.

“It was a family business from the start,” says Grené, who remembers how exciting it was to be a 6-year-old at the dealership—and starring with her parents and sister in TV commercials.

Baranco worked at the dealership as a receptionist in high school and during her college years at Georgia State University. She thought about graduate school, but her parents offered her the opportunity to become assistant to the manager at their new Mercedes-Benz store—and she couldn’t say no.

If you have questions concerning the Automotive News Leading Women Network, or want to let us know about a published article that would be of interest to the members of the network, please contact us.

Send us an email
Sponsored By