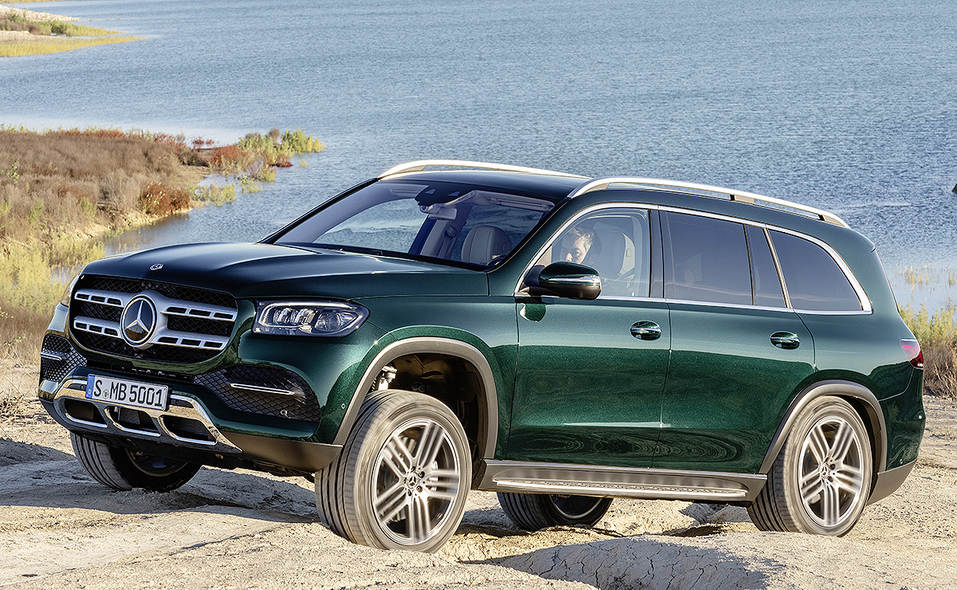 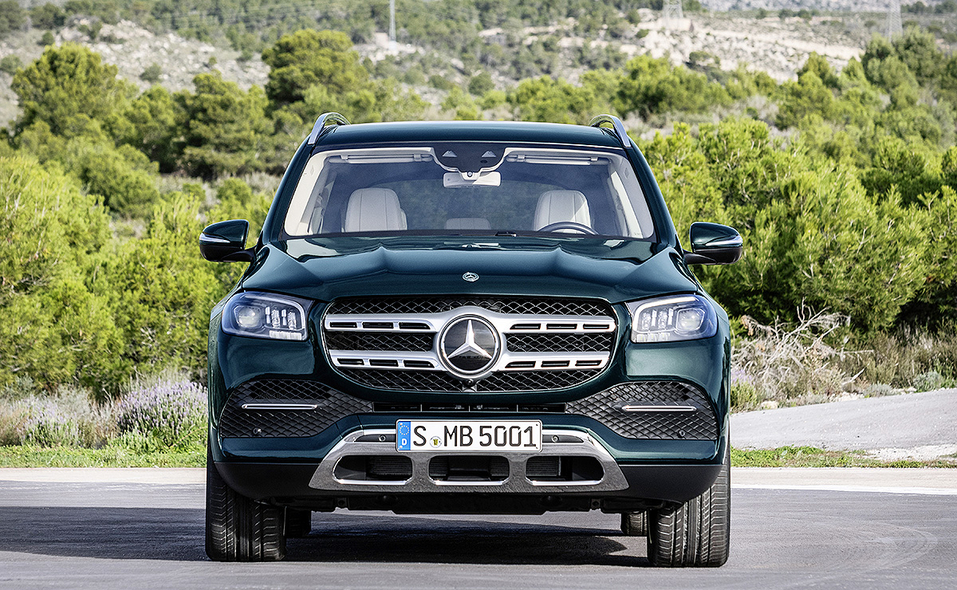 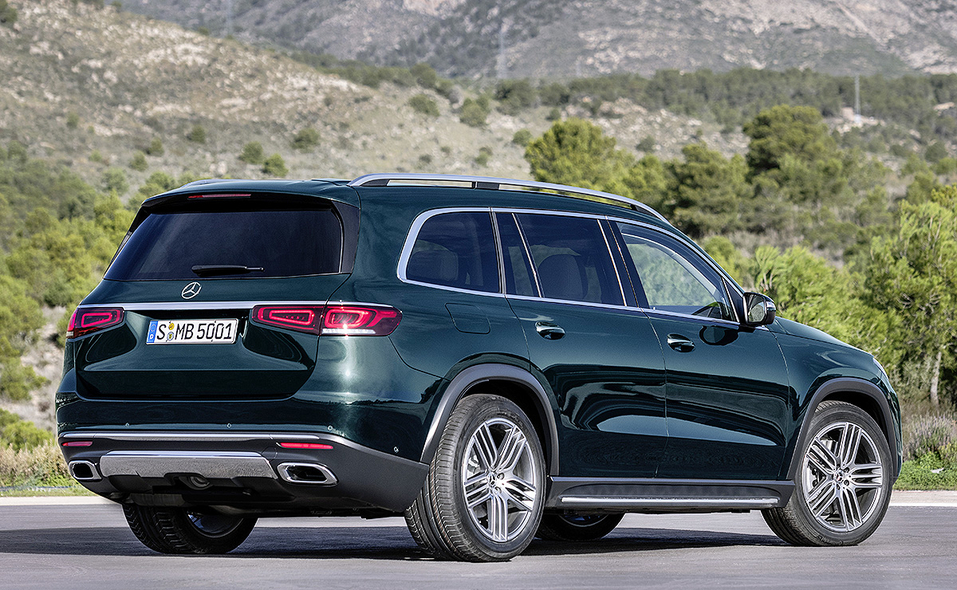 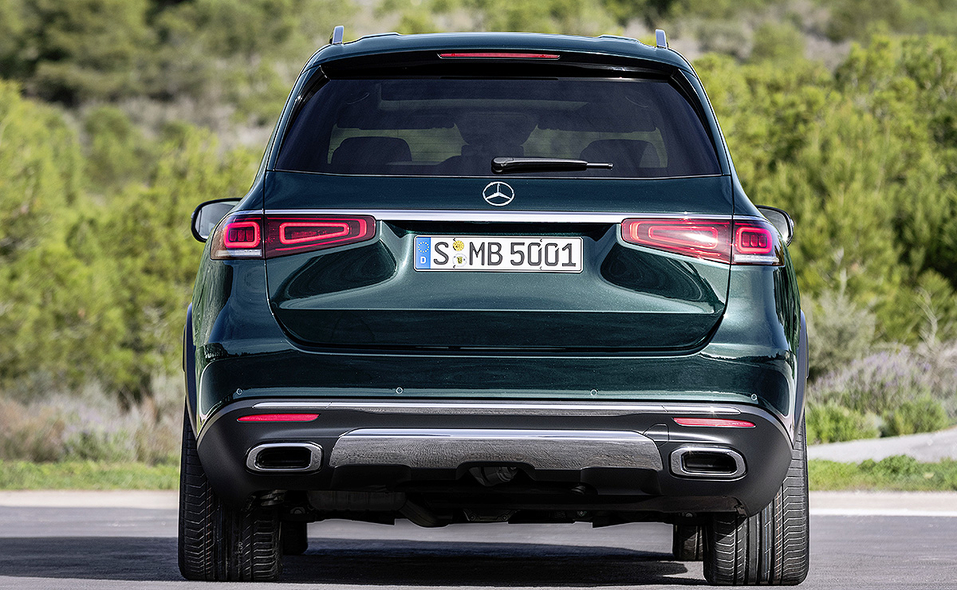 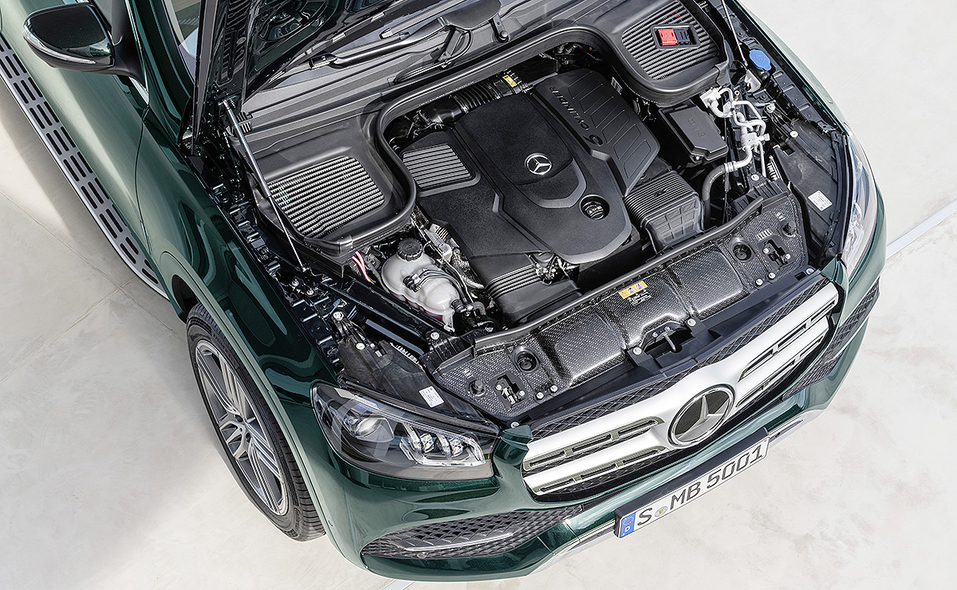 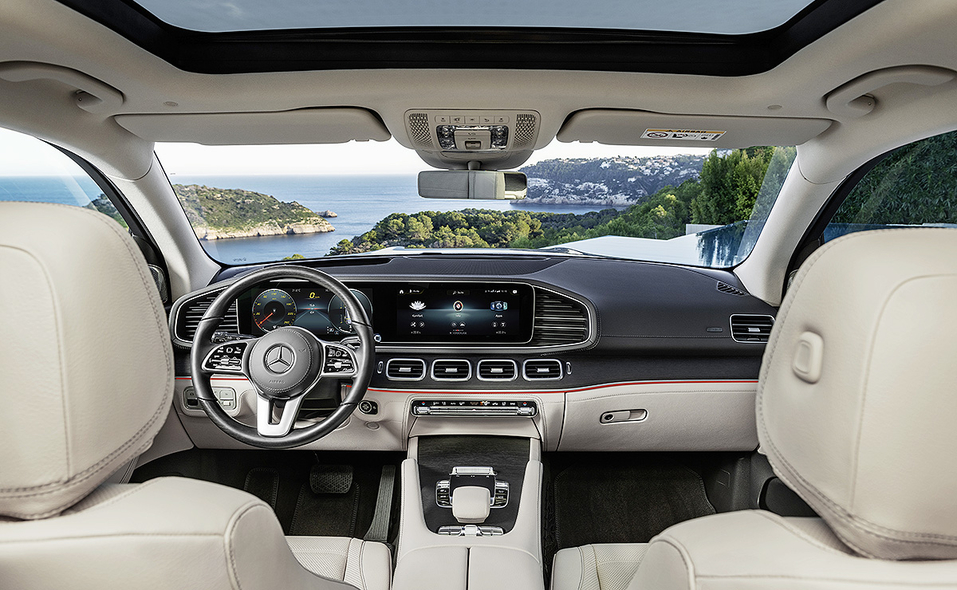 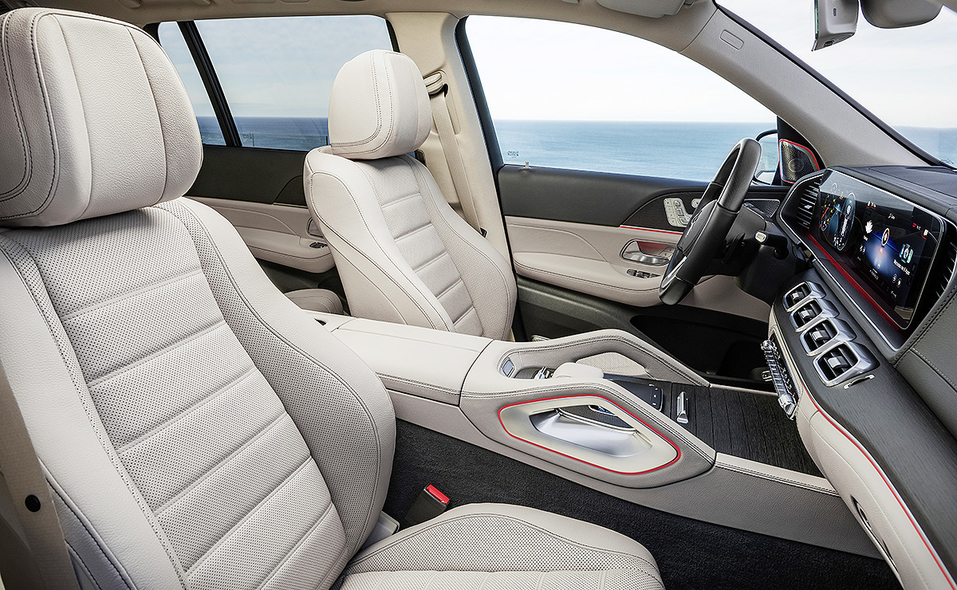 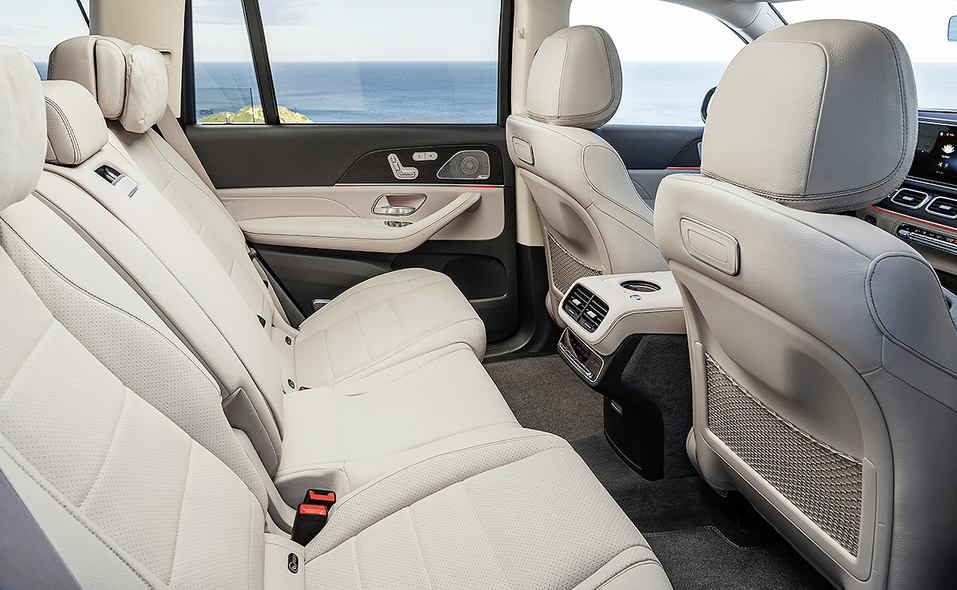 The 2020 Mercedes-Benz GLS will come in two variants based on engine size — a V-8 and an inline-six engine. The GLS 580 4Matic is the first Mercedes-Benz to introduce a new 4.0-liter V-8 biturbo engine, which delivers 483 hp. The GLS 450 4Matic is equipped with a 3.0-liter inline-six turbo engine, delivering 362 hp. Both variants receive an additional 21 hp from an electric EQ Boost feature enabled by a starter-alternator. The GLS features a 2.4-inch-longer wheelbase, creating a roomier interior. A six-seater variant with two individual captain’s chairs in the second row is available for the first time.