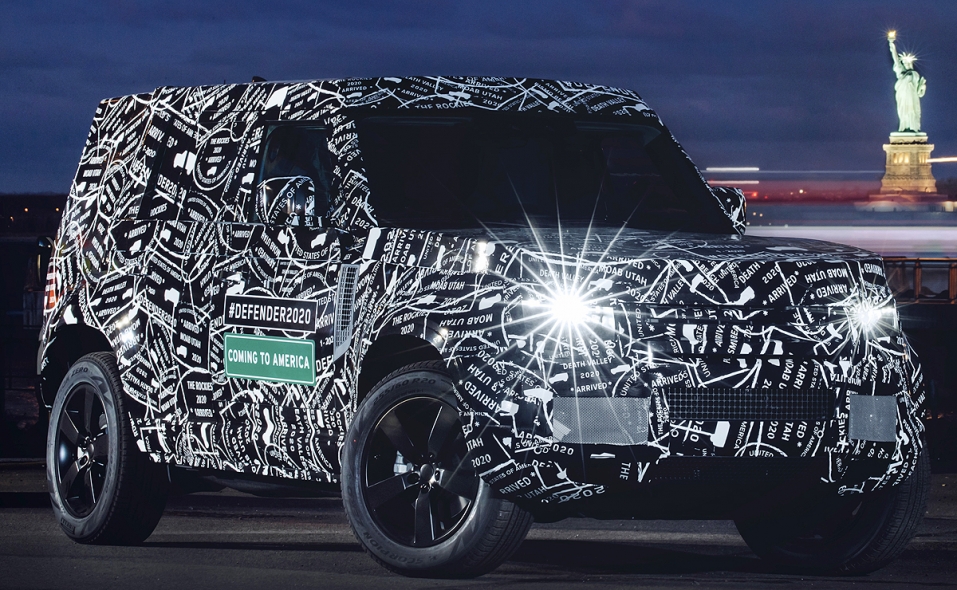 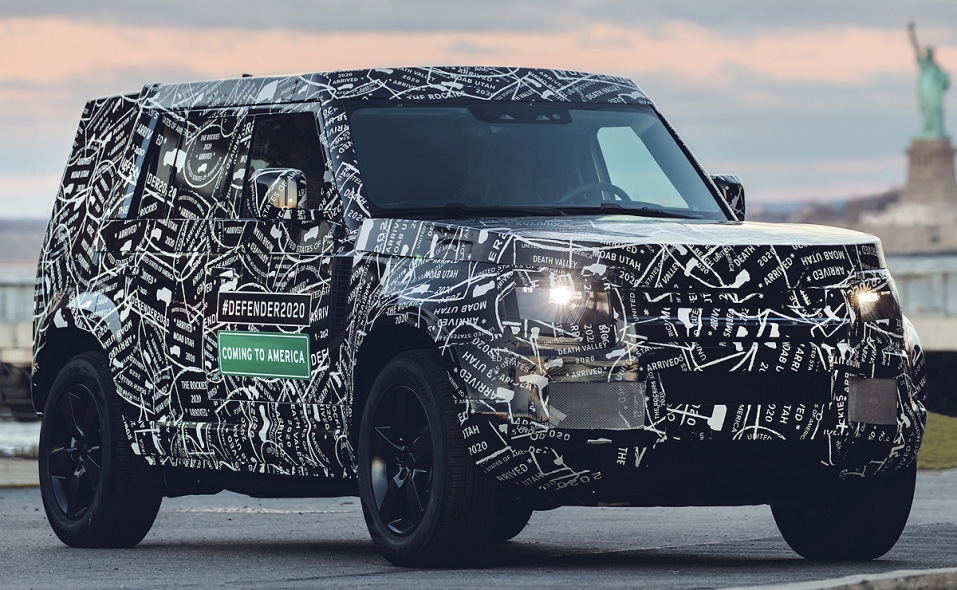 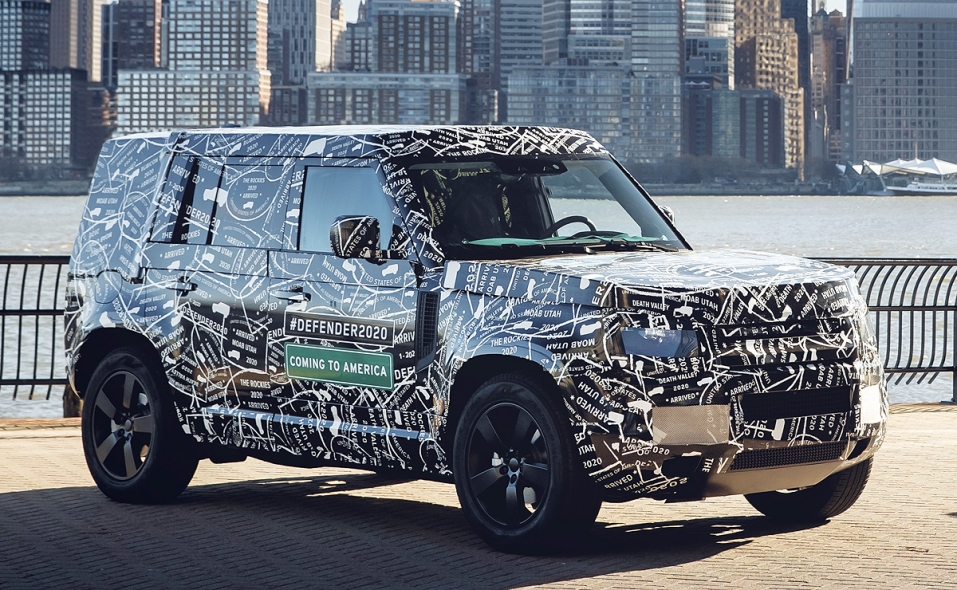 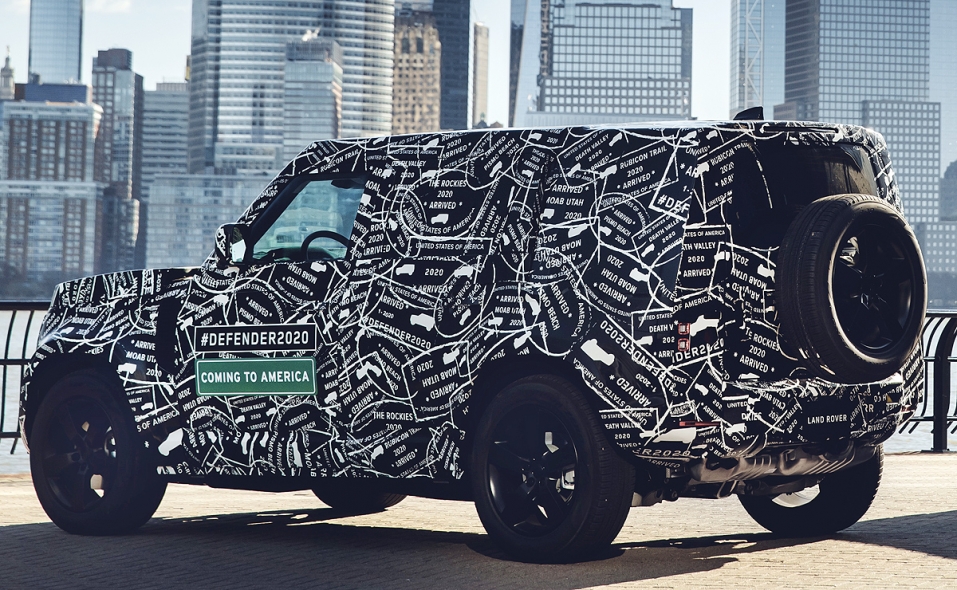 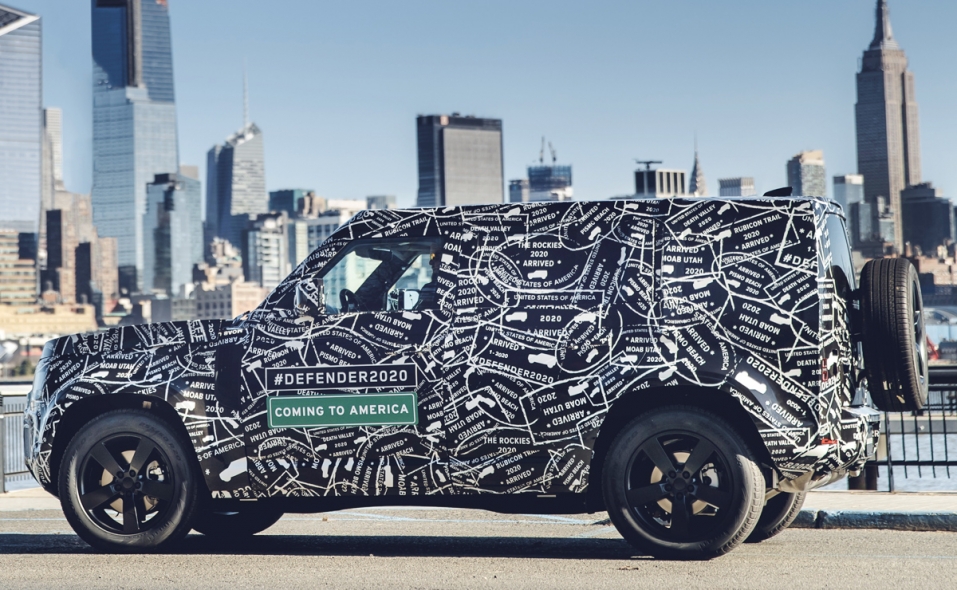 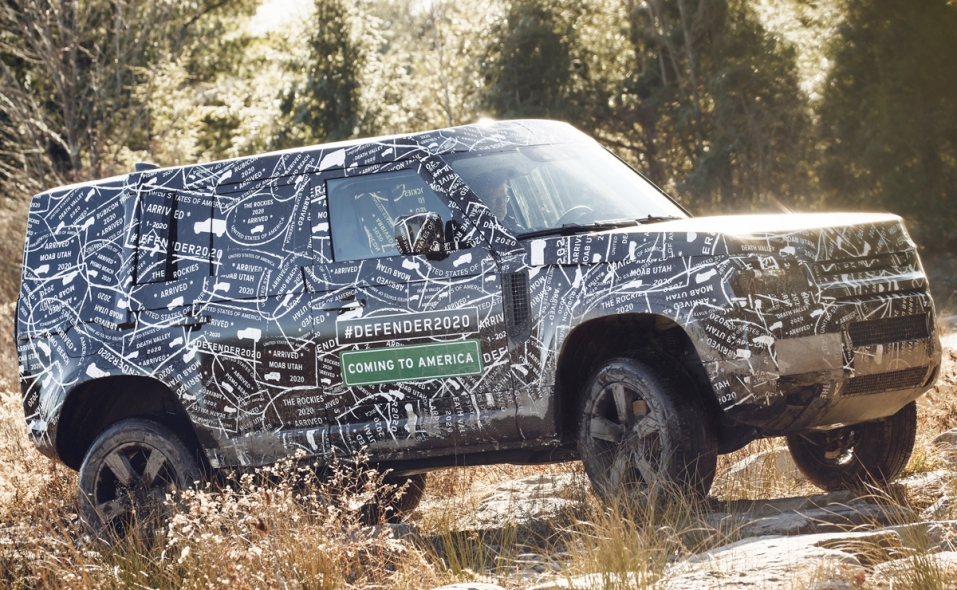 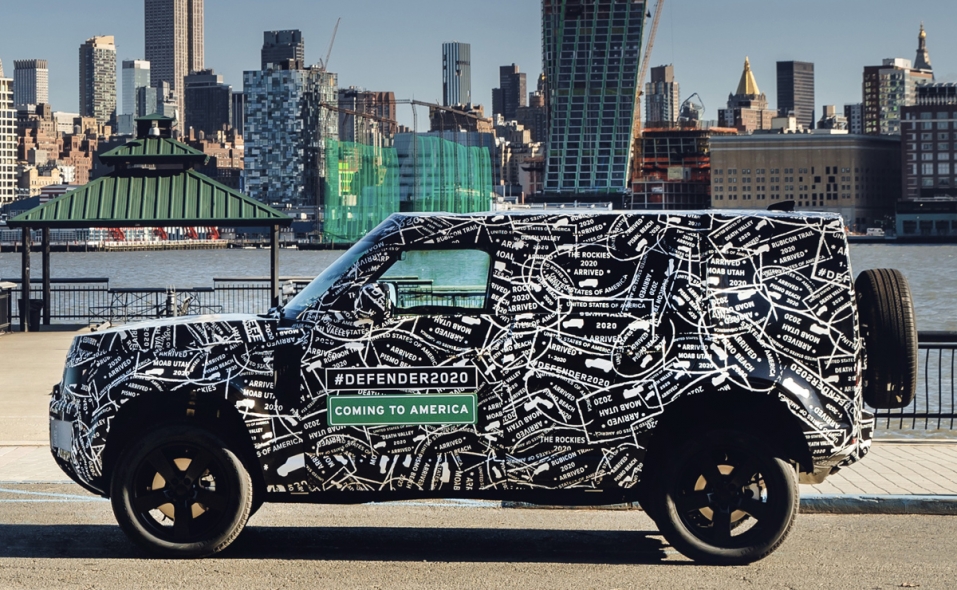 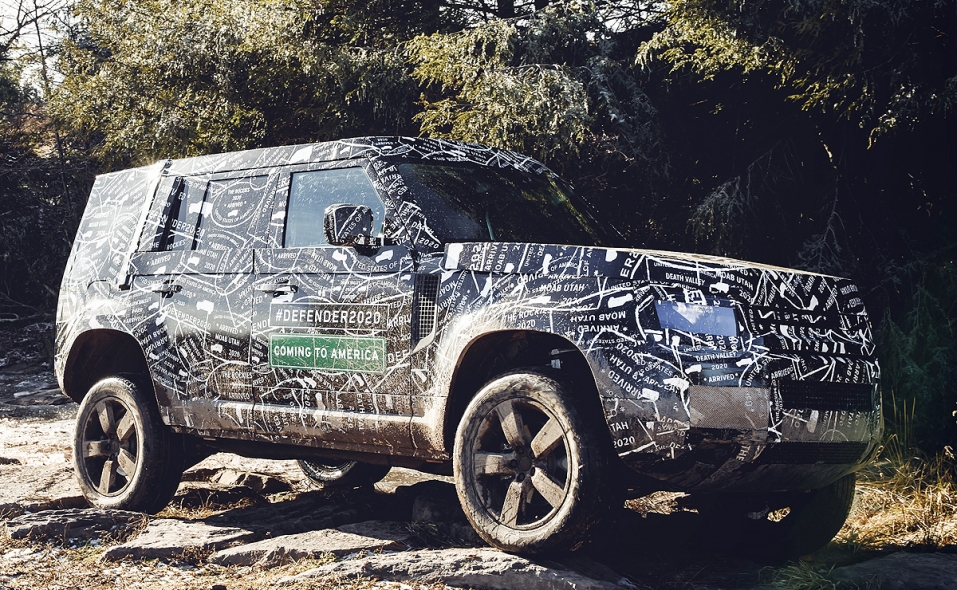 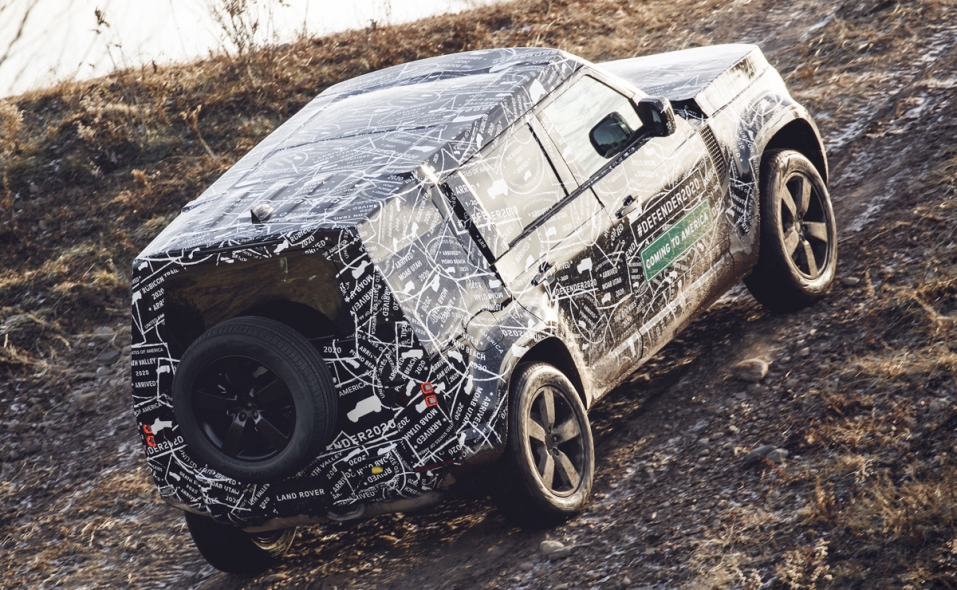 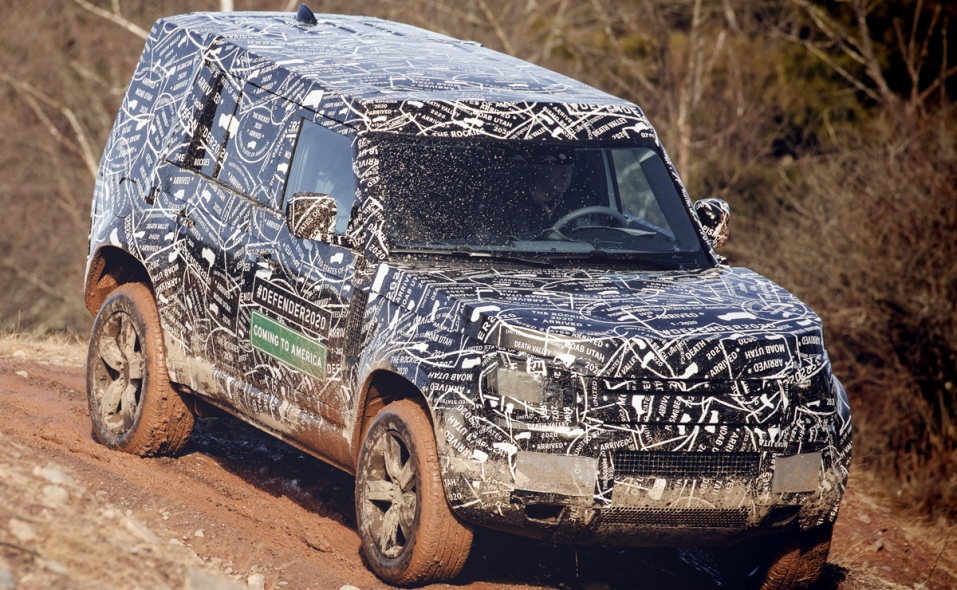 Jaguar Land Rover confirmed Thursday that dealers in the U.S. and Canada will, for the first time in a generation, again be selling the Defender off-road vehicle.

The return of the Defender to North America — where it was offered in the 1950s through the early '70s and again in the 1990s — is a dream come true for Land Rover fans who have seen the prices of classic Defenders balloon to more than $100,000 for some versions of the original, boxy aluminum bodied SUV.

Demand for classic Defenders is so strong that thousands have been imported — some illegally — by private buyers, even British market vehicles with the steering wheel on the right-hand side.

JLR has started testing the new Defender in extreme climates around the world. In North America, Defender test mules will likely undergo testing in northern Canada and in Death Valley, Calif., as the company gears up for the vehicle's launch late in 2019 as a 2020 model.

The new Defender is redesigned and uses no parts from the previous version. It's unclear if the 2020 Defender will be body on frame, like the original, or unibody. But it will be built in the same plant as the new Land Rover Discovery and likely will share parts and maybe even its platform.

"Engineers will subject to rigorous test extremes to make sure the new Defender is the most capable Land Rover vehicle ever, operating in temperatures from -40F to +120F while driving the vehicles on and off road at altitudes of more than 13,000 feet above sea level," JLR said in a statement.

Land Rover officials have said little about the new Defender but spy photos signal several body styles are planned, including a stubby Wrangler-like two-door convertible. Teaser photos showed a longer camouflaged four-door version being tested in off-road settings. The Defender traces its roots to 1948, originally for agricultural use, and has been primarily available as a two-door convertible, a four-door safari wagon and a pickup.

At least some versions of the new Defender likely will compete against the Jeep Wrangler, Ford Bronco, Mercedes-Benz G-Wagen and Toyota Land Cruiser.

"Dealers that I have talked to already have pretty solid order banks on Defender," says Andy Vine, dealer principal at Land Rover Louisville in Kentucky. "Many of us, including myself, are ordering products for our own individual use and also to put away. And I don't do that very often. We sell a lot of great brands, but I am so excited about this product that I have one coming for myself."

The last Defenders came to the United States in 1997 in very limited numbers on an exemption granted by the Department of Transportation. The 1990s models didn't meet U.S. safety standards. Land Rover could only import 500 per year. But thousands of Defenders that are 25 years or older have been privately imported over the years.

Once a vehicle reaches 25 years from the date of manufacture, it can be legally imported and registered in most states. The federal government excepts older vehicles from emissions and crash rules.

When the new Defender is available, the original is still likely to remain a valuable and prized collector's item, says McKeel Hagerty, CEO of Hagerty Insurance in Traverse City, Mich., a company most known for classic vehicle insurance. Hagerty told Automotive News that classic Land Rovers -- and old trucks and other SUVs— are one of the fastest growing segments of the collector vehicle hobby.

"It's hard to overestimate the cult following the older, traditional Defenders have," Hagerty said. "The rough and tough aspect of it is what's core of making it a cult classic." Hagerty says the fact that old models are basic off-road vehicles is part of their appeal.

The new model, Land Rover says, will be packed with technology.

"When it debuts in 2019, the new model will represent 70 years of innovation and improvement in just one model year, honoring the model's history for rugged durability and thoroughly remaining a Defender for the 21st century," Land Rover said in a statement.

There's no word yet on pricing, available powertrains and launch dates.