DETROIT — The 2022 E-Transit represents Ford Motor Co.'s first battery-electric vehicle designed for commercial buyers as the automaker looks to increase its dominance of the van market and fend off new rivals angling for fleet customers.

The E-Transit, revealed Thursday and scheduled to go into production late next year, will start around $46,000 in the U.S., including shipping. The low-roof cargo van variant will get up to 126 miles on a charge, company officials said, although they declined to discuss other range estimates or elaborate on how range could be affected when the van is loaded with cargo.

The E-Transit, built at Ford's Kansas City Assembly Plant in Missouri, will be offered in three configurations, with three roof heights and three body lengths, in an effort to give business owners a variety of options to match specific needs. It also will come with an optional Pro Power Onboard mobile generator debuting on the 2021 F-150 pickup.

Ford said the electric motor will produce a targeted 266 hp and 317 pound-feet of torque across all configurations. It's targeting a maximum payload of 3,800 pounds, or up to 4,290 pounds on cutaway versions.

The automaker detailed multiple charging options, including software to coordinate payment when a vehicle uses public or home chargers.

In addition to the van, Ford on Thursday unveiled a host of telematics and software features meant to help fleet owners track and analyze vehicle data to reduce operation costs. It's part of a renewed focus on commercial vehicles under CEO Jim Farley.

Ford owns a dominant 45 percent share of the U.S. commercial vehicle space with its gasoline-powered vans and pickups, according to company-provided data, and it has a network of 645 commercial vehicle centers in the U.S. Through October, sales of the gas-powered Transit van, freshened last year, were down nearly 21 percent to 106,073.

Newcomers such as Rivian and Workhorse are threatening to cut into Ford's commercial sales success.

Rivian has booked an order for 100,000 electric delivery vans from online retailer Amazon, and Workhorse this week said it landed an order for 500 delivery vehicles from Pritchard Companies, a commercial vehicle distributor.

Ted Cannis, general manager of Ford's North American commercial business, said the range of options on the E-Transit will allow the automaker to have more broad appeal for potential customers than startups can offer.

"Our approach is totally different from the other guys," he said. "They're very focused on package delivery, which is less than 10 percent of the vocations we serve. If you're a plumber, electrician or an HVAC guy ... you may need a van with a lower roof height or one upfit with racks and bins."

Cannis said the E-Transit will be profitable for Ford at launch. He said fleet customers won't balk at the high sticker price — about $10,000 more than the gas model — because of the potential cost savings.

"They're all data-focused," Cannis said. "They're making math decisions every day. With electric vehicles, this is business that pencils."

Scheduled maintenance costs will be 40 percent lower for the E-Transit compared with a gas model over eight years and 100,000 miles, Ford says. Increased uptime from not having to stop to refuel should improve efficiency as well, the company says.

Cannis said Ford's research shows commercially owned vehicles travel an average of 74 miles a day, so a van with a 126-mile range should get through the day without needing to recharge.

The van will feature both AC and DC fast-charging and come standard with a mobile charger that can plug into either a 120-volt or 240-volt outlet.

Ford also will sell an at-home charging station that can fully charge the van in eight hours.

Ford will offer a host of software through its Ford Commercial Services division. It includes a driver ID and coaching system that can help improve performance if a driver is speeding, braking too hard or not wearing a seat belt.

A remote cabin pre-conditioning feature allows for setting a cabin temperature so it's comfortable for the driver without affecting range.

Owners can receive reports about battery health and set up notifications to find out whether a vehicle is not charging when it's supposed to be. Other telematics services will notify owners if a vehicle is hit while parked, being used without authorization or being towed.

"Knowledge is power," Julius Marchwicki, COO of Ford Commercial Solutions, said in a statement. "And Ford is empowering commercial businesses by giving them the information they need to get the most out of their electric vehicles." 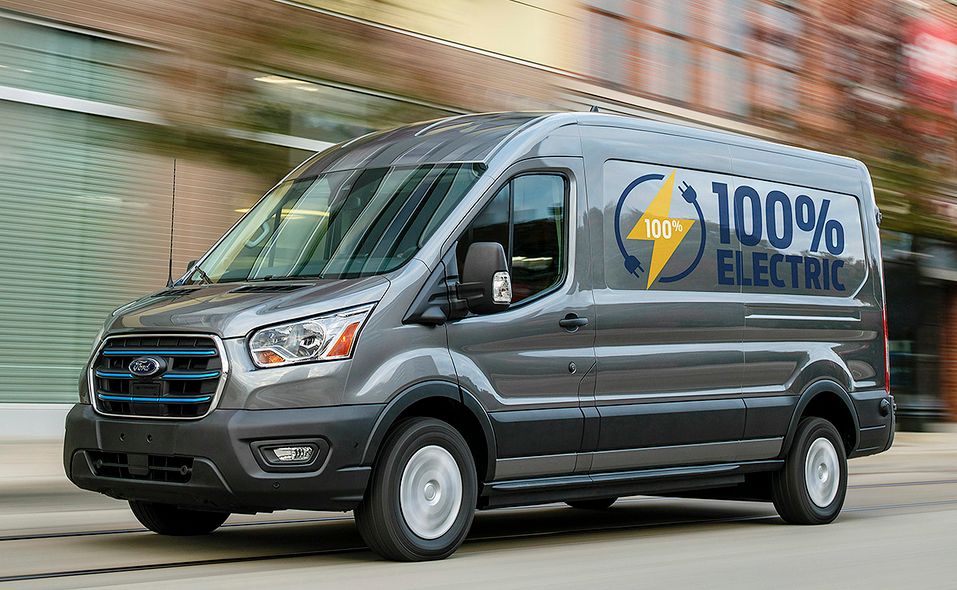 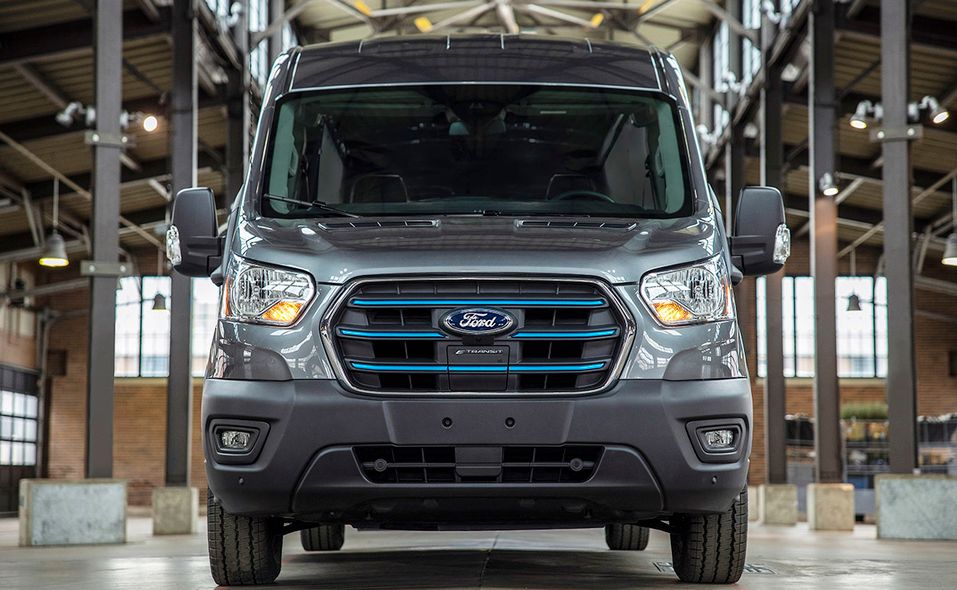 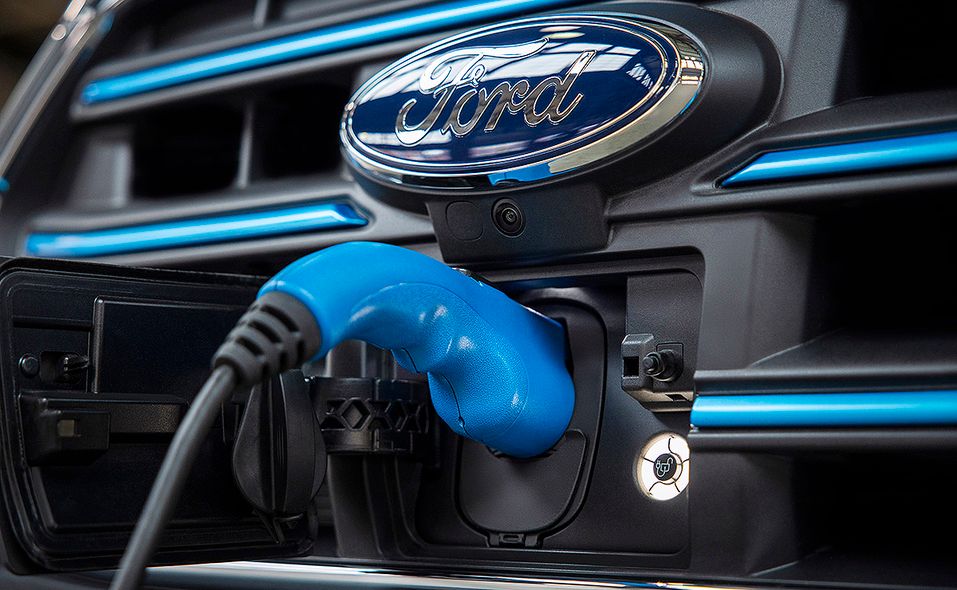 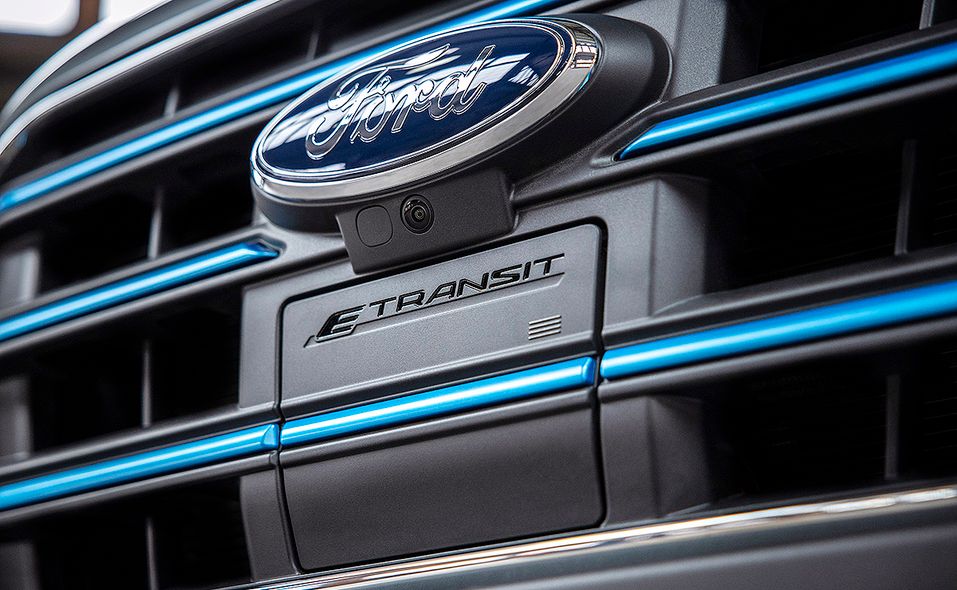 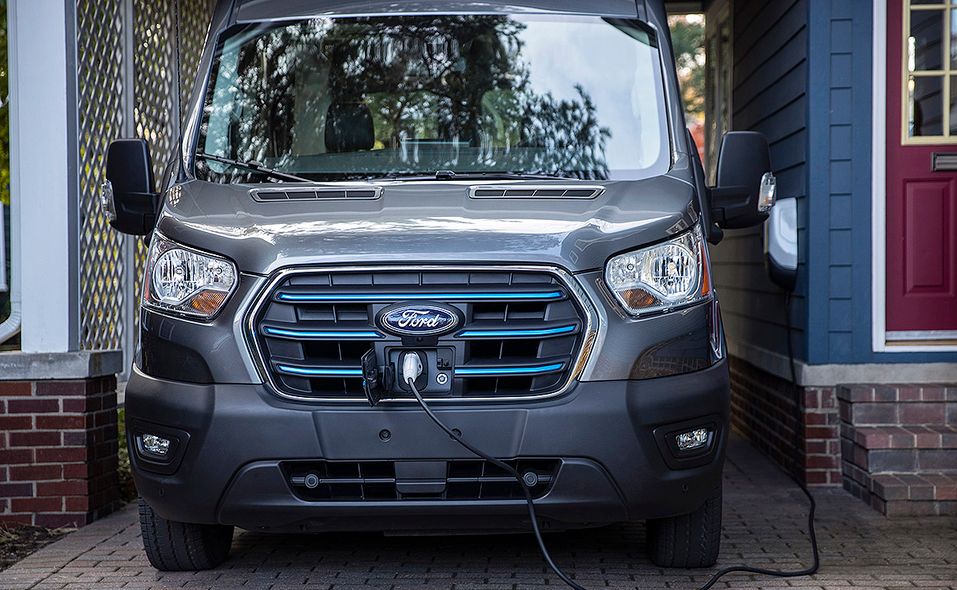 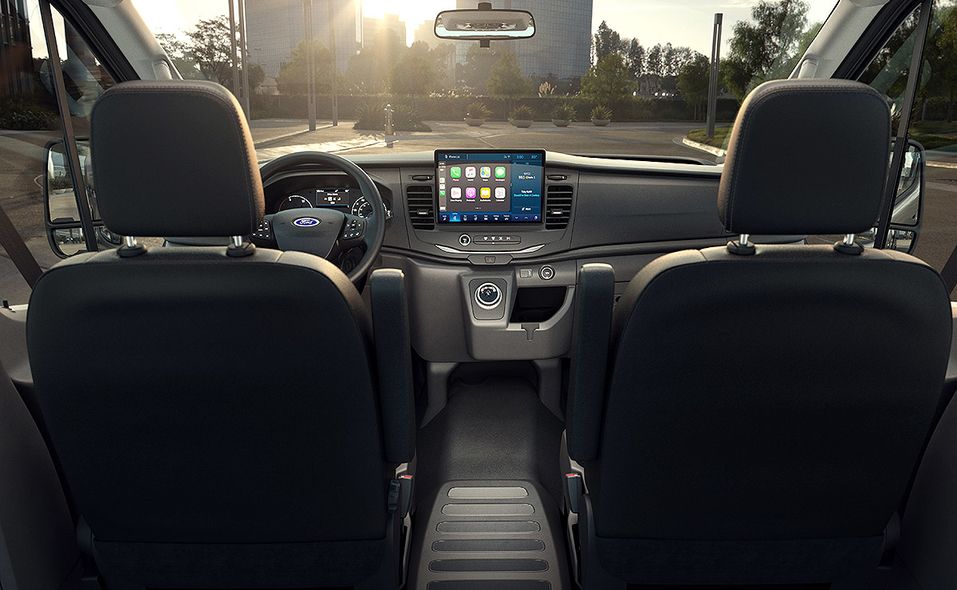 Sponsored Content: 5 Reasons you need to use phone scripts for your dealership