Land Rover dealers at long last get their Defender
Skip to main content
September 10, 2019 04:00 AM

Land Rover dealers at long last get their Defender

The redesigned 2020 Defender, unveiled this morning at the Frankfurt auto show and due to arrive at U.S. dealerships next spring, returns to the Land Rover lineup a range of rugged, no-compromise off-road vehicles that are closer to the brand's utilitarian roots.

Land Rover believes the reborn Defender — a nameplate that has not been offered to U.S. consumers since its 1997 model year — will help the automaker regain lost territory by reaching out to buyers who want a nonluxury, go-anywhere vehicle designed to take a pounding in extreme terrain.

Rover's U.S. dealers are counting on the same thing.

Most of the vehicles in their lineup retain Land Rover's off-road capability, but they tilt heavily toward luxury. But few Land Rover drivers veer far into the weeds in their Range Rovers, Velars and Discoveries. Land Rover officials hope the new Defender will give them reason to do it.

Land Rover originally was developed as little more than a farm implement. It could be hosed out and put away wet. For U.S. fans of the rugged Defender, it has been a 22-year wait for the new model that can be treated the same way now.

"There is a lot of pent-up demand for this car. We get inquiries every day," says Long Island Land Rover dealer Michael Levitan. His store displayed several Land Rover vehicles at the Hampton Classic, one of the nation's largest horse shows, and store staff there were quizzed repeatedly by customers about the Defender, Levitan said.

The redesigned and re-engineered off-roader launches here next spring, first with the five-door 110 model. It will be followed with a smaller three-door Defender 90. Final pricing has not been announced for all models. But Land Rover said Tuesday U.S. prices for the Defender 110 will start at $50,925, including shipping. Overall, prices will top out at around $80,000. The 2020 Defender 110's price places it above most Jeep Grand Cherokee models, but well below the $125,000 Mercedes-Benz G class -- two competitive SUVs also designed for extreme off-road use.

Unlike other Land Rover models, the new Defender will be highly customizable with factory designed accessories customers can have installed before delivery and finance at the time of purchase, a strategy stemming from input Land Rover's North American dealers conveyed as the vehicle was being developed.

"On the initial vehicles, there will be enough kit -- around 170 items -- to fill up a Sprinter van," said Andy Vine, a Louisville, Ky., Jaguar Land Rover dealer who is chairman of the Jaguar Land Rover Retailer Cabinet. "That will include safari racks and snorkels and that kind of stuff. What's been nice is they've really listened well," he added. 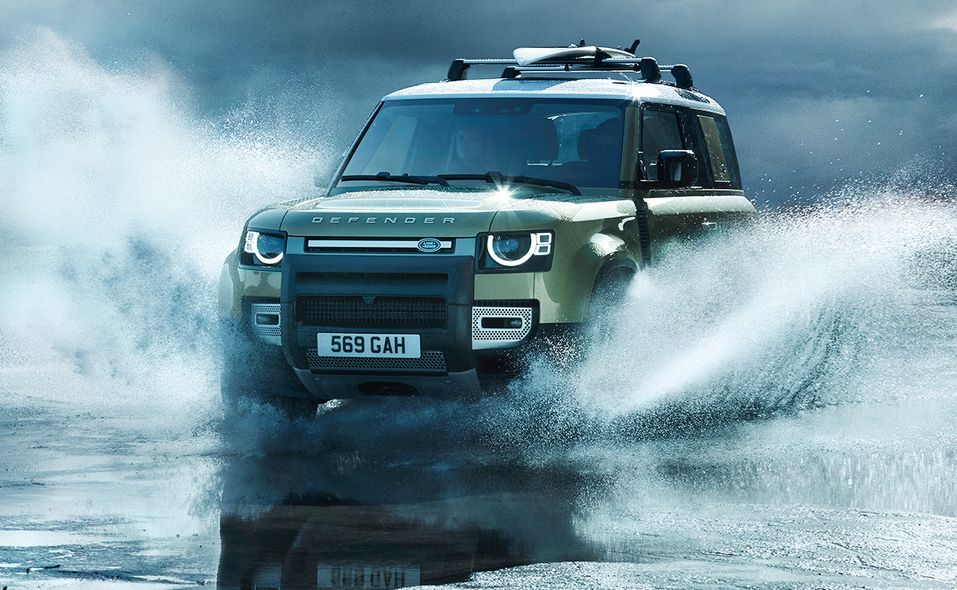 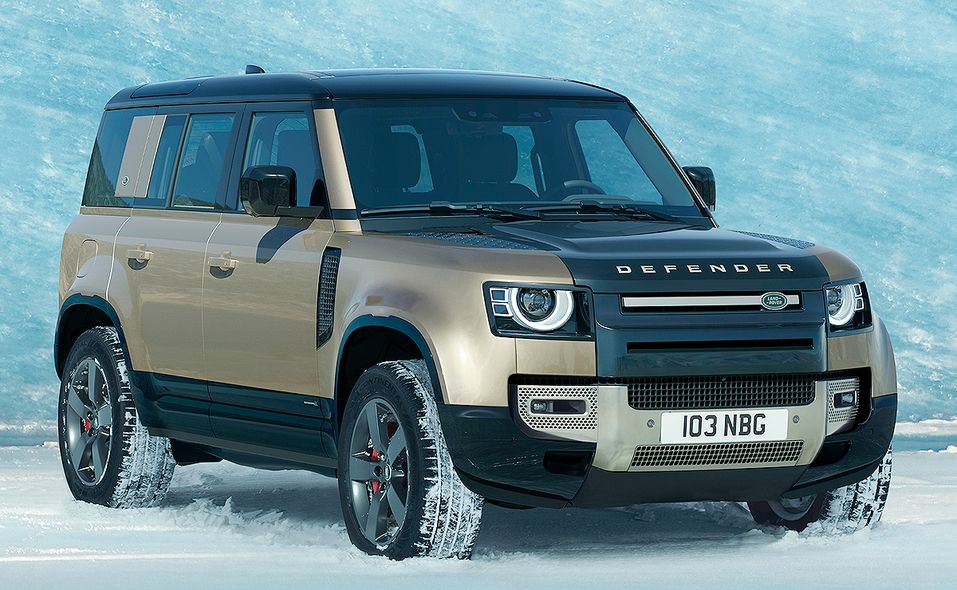 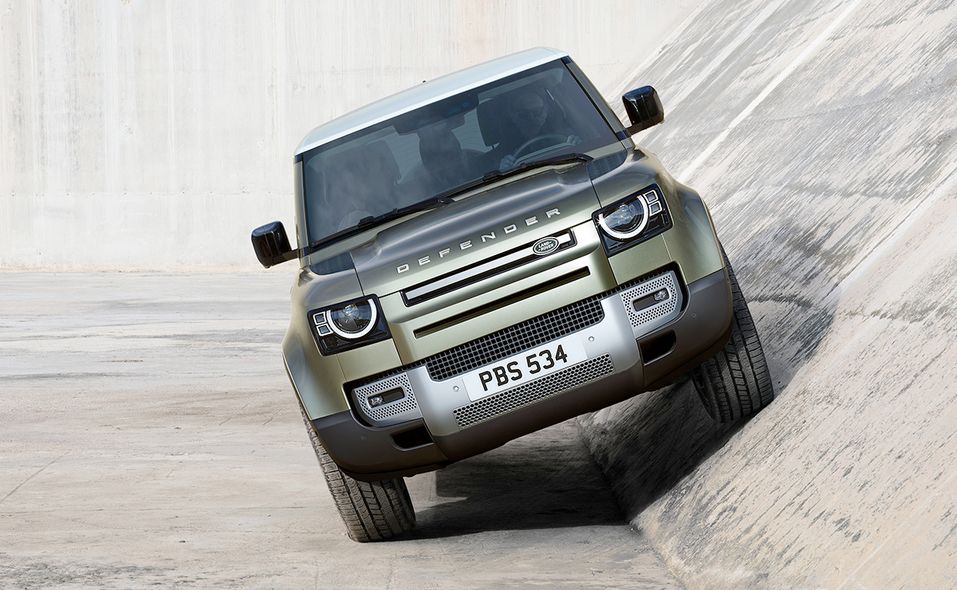 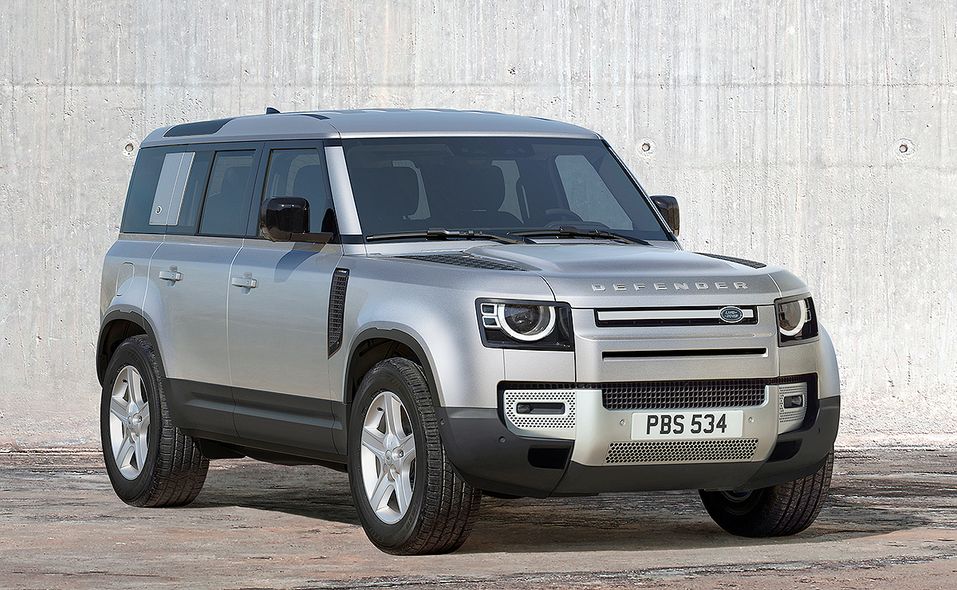 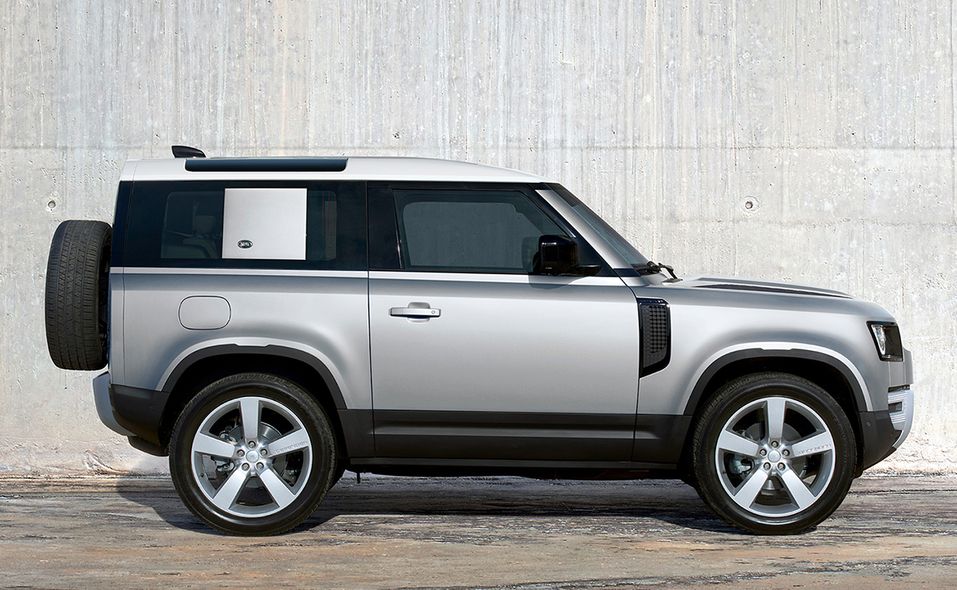 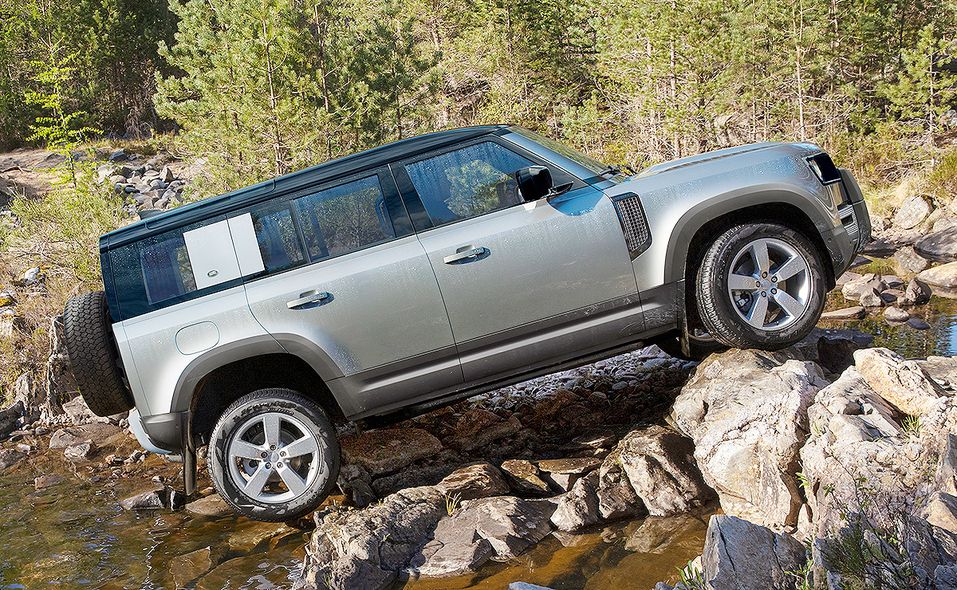 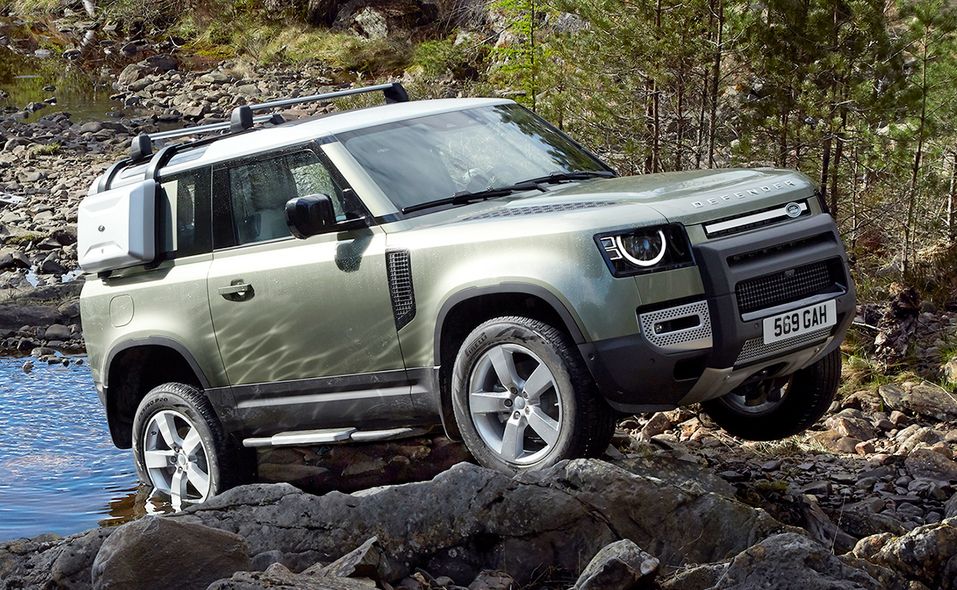 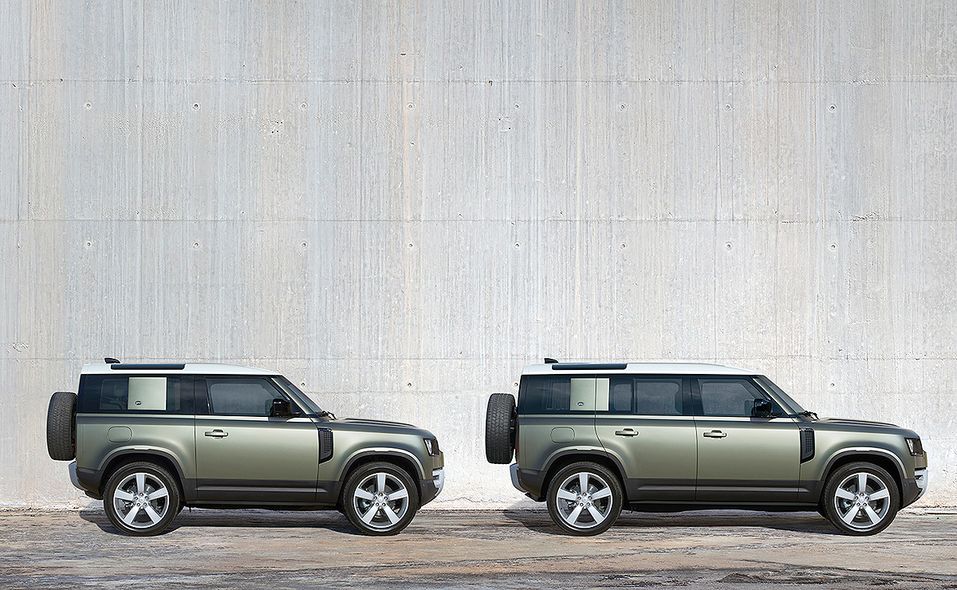 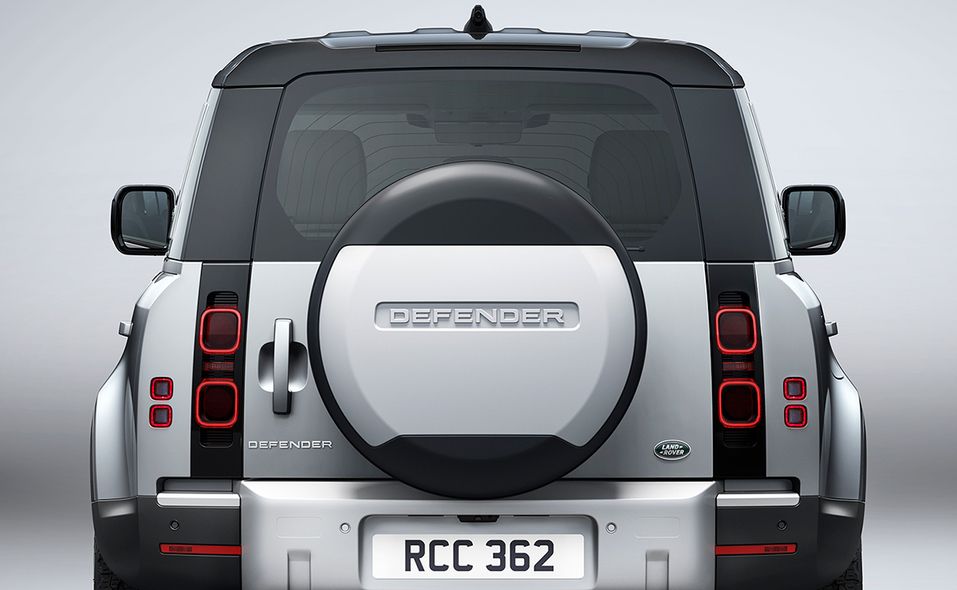 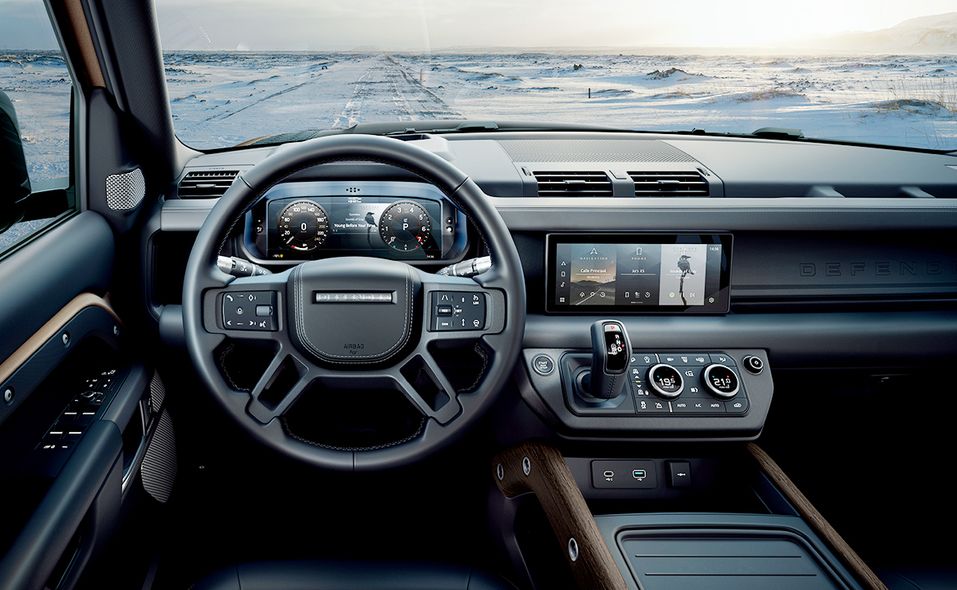 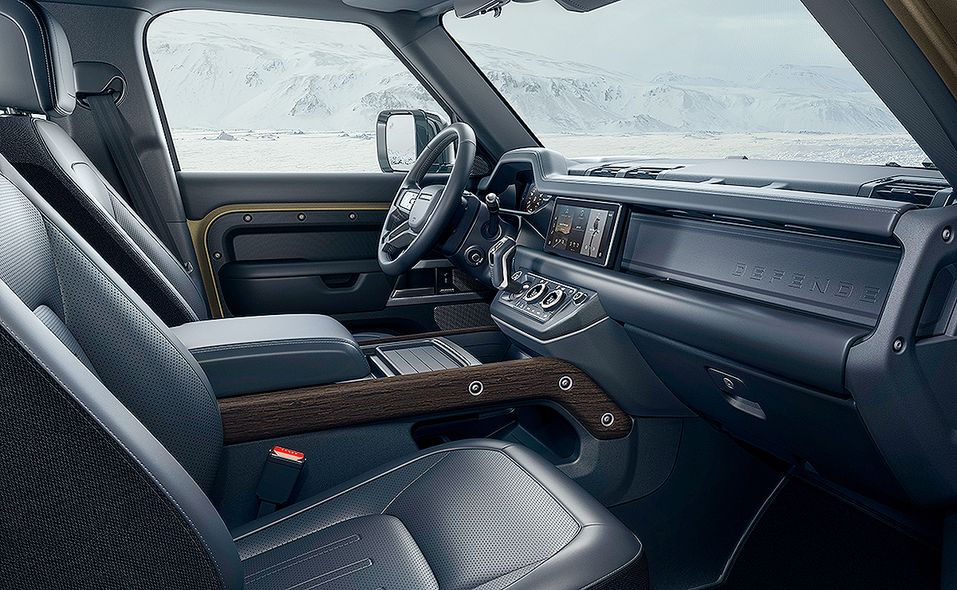 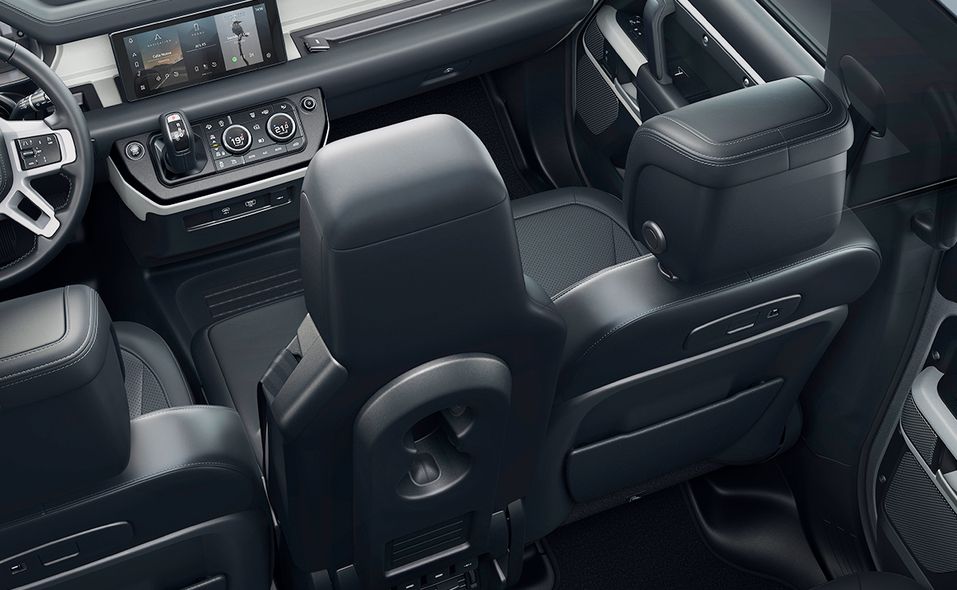 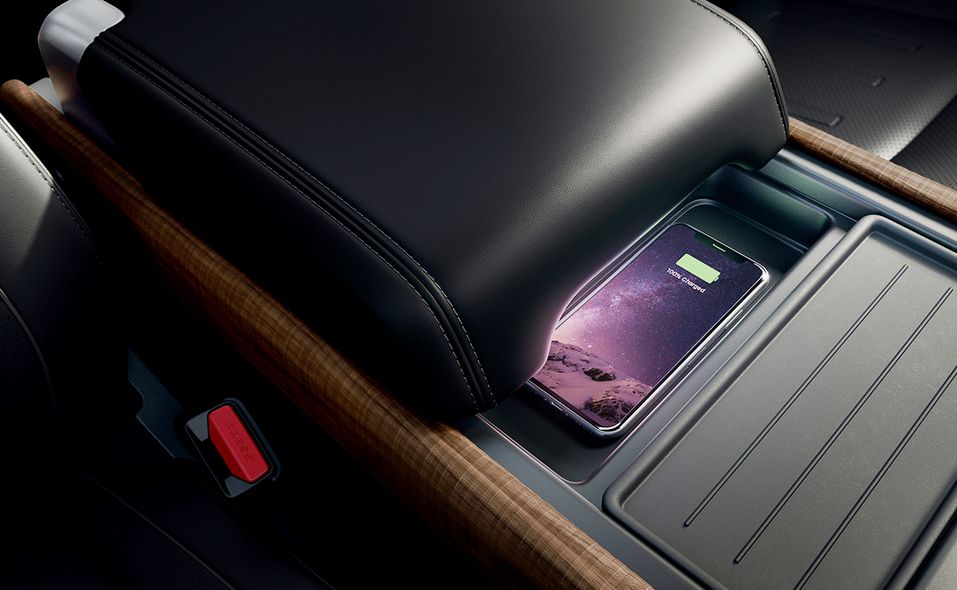 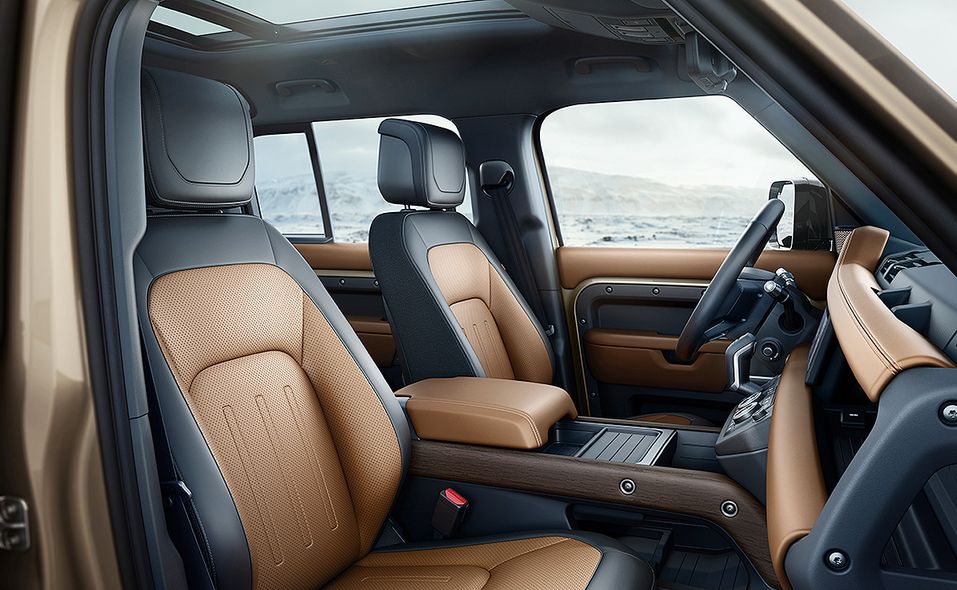 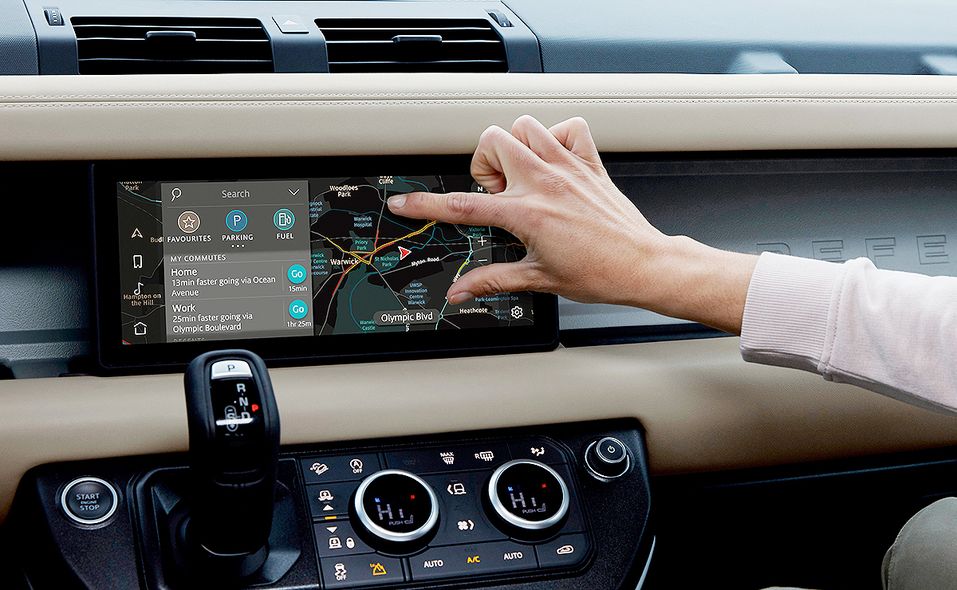 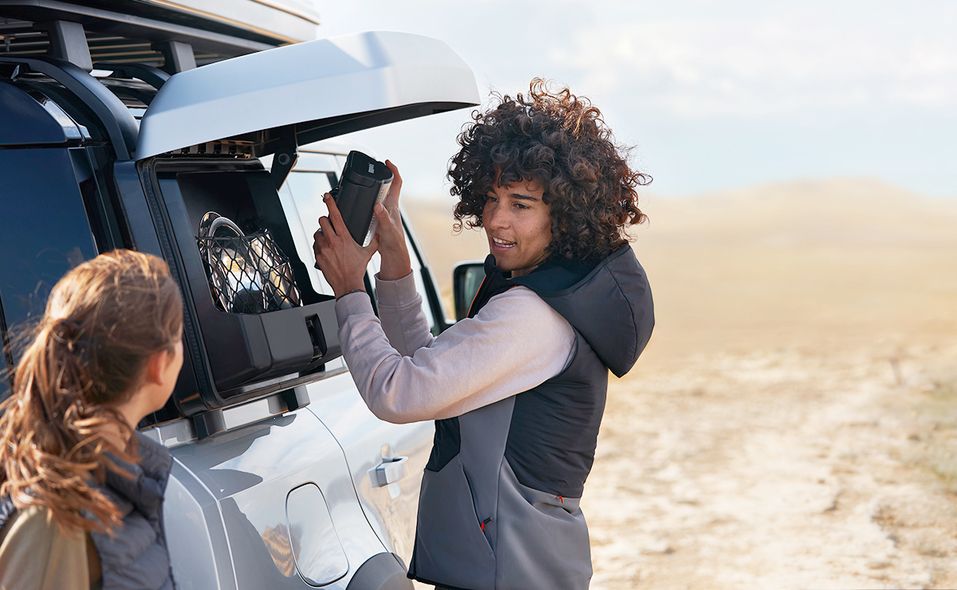 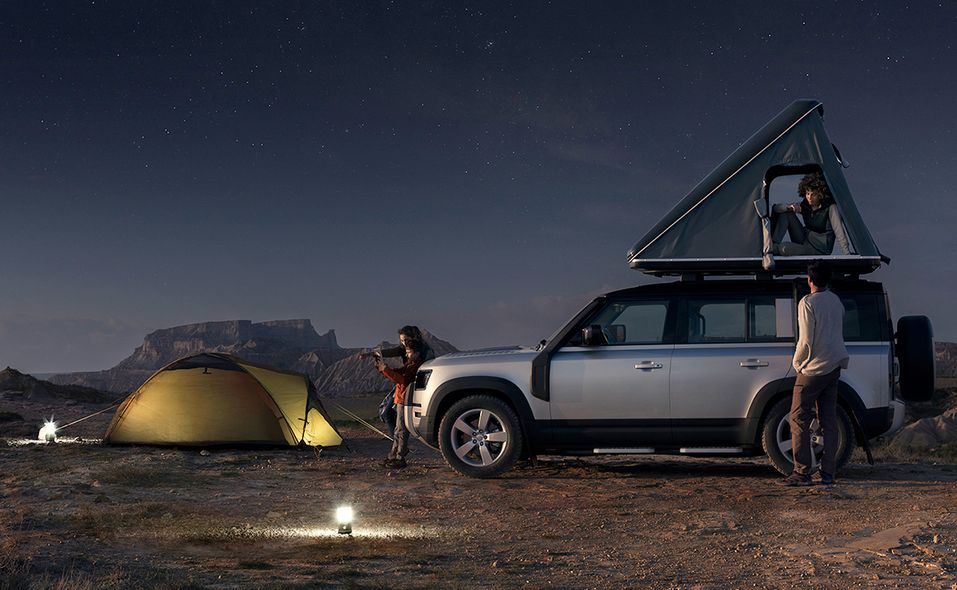 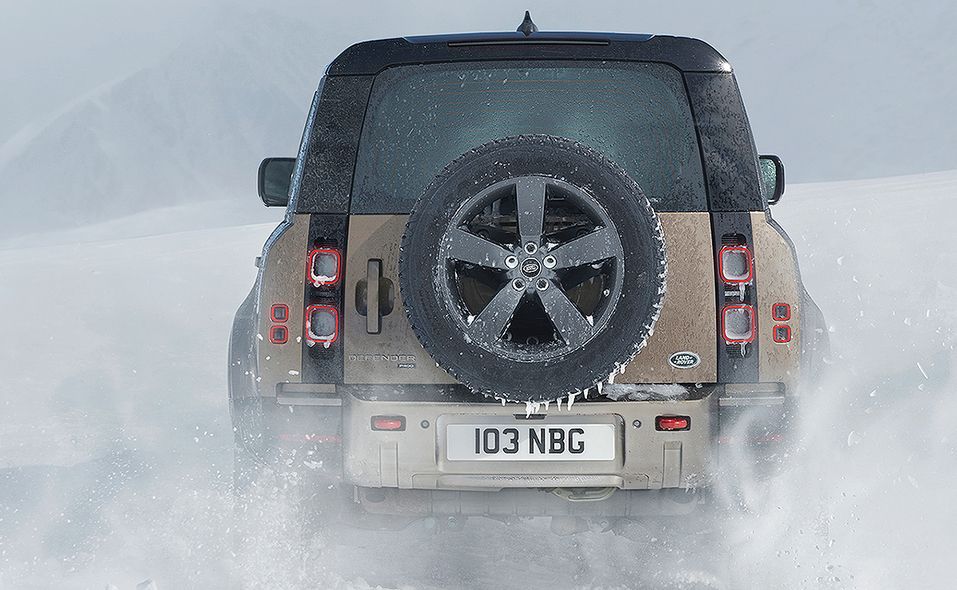 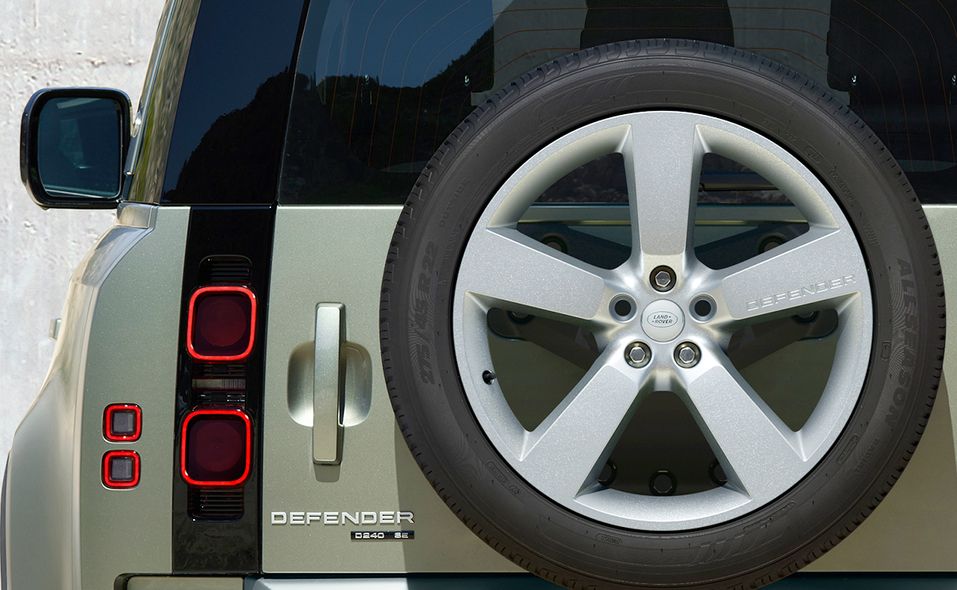 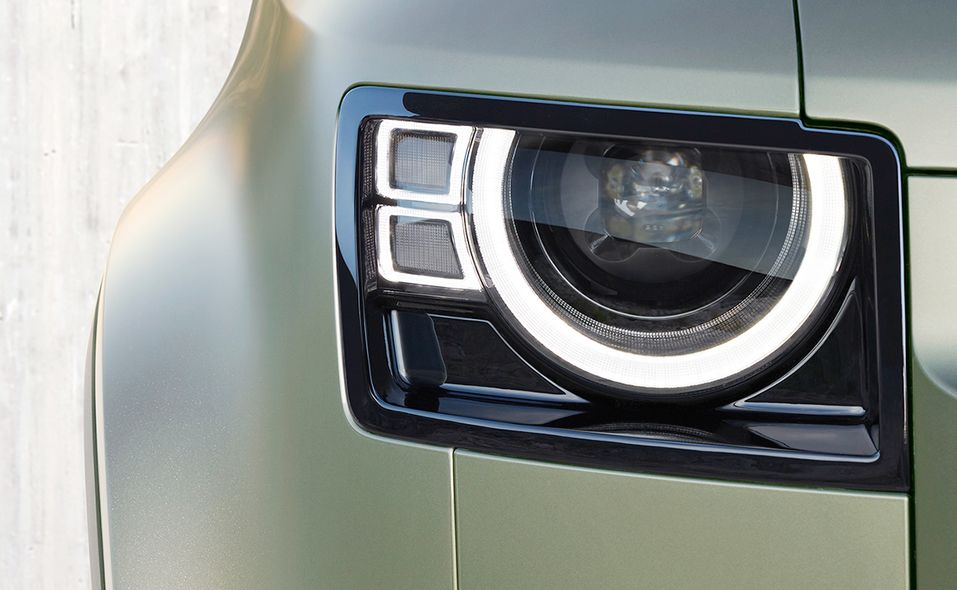 Despite its off-road cred, the new Defender differs significantly in styling from the iconic boxy original Land Rover Series 1. That stubby aluminum body-on-frame Jeep-like soft-top SUV launched the brand in 1948 and ran with minimal styling changes. It took on the Defender name in 1991 and ended production in 2016 after some 2 million were built.

Spy photos and an undisguised 2020 Defender photographed on the set of the next James Bond movie provoked much Internet griping from Defender fans who were hoping the new model would be a retro-styled rehash of the original Defender, much like what Mercedes-Benz did last year with the new-generation G-class wagon, which apart from the lights and a few details, looks much as it did 20 years ago.

"Clearly, there will be a wide variety of opinions out there. Whenever you bring out a successor to a beloved product that is an icon, you are going to have people who love it and people who prefer the older ones. And that's OK," McCullough told Automotive News.

Unlike other nameplates in production for decades, such as the Chevrolet Suburban, Porsche 911, Toyota Land Cruiser, Chevrolet Corvette and Ford Mustang, Defender's design never really evolved. That's due mostly to corporate turmoil — Land Rover has been through at least five owners since its founding — and strong global demand for the original.

"One of the designers brought up that fact that because Defender didn't change for so many years, this will feel like an abrupt change," McCullough said. "But think about what a 1970s Porsche 911 looks like and all the generations that have followed. It has kind of grown up over time. Now, it's the same thing with Defender. Once people get to see it without camouflage and get in it and drive it, elements of it will resonate even if they are fans of the older Defender."

Some of the optional packages and accessories will give the new Defender's appearance more of a heritage look.

"There's a package that is dead on to the original model," said Vine. "That's so important when you think about what Mercedes does with their G-Wagen and how well Jeep does. Customers invest a lot of money trying to make their vehicles look unique."

Jaguar Land Rover will reveal plans next month to launch the Defender -- one of the biggest marketing efforts the brand has undertaken in North America. "The plans we have put in place are worthy of bringing back a model that means so much to the Land Rover brand. It's a once-in-a-lifetime occurrence we are not going to let pass by," McCullough said.

About 15,000 hand-raisers have asked to be kept informed about the Defender, she said, and some dealers have booked orders for the vehicle.

At Land Rover Louisville, Vine says the store has booked between 30 and 40 orders for the 2020 Defender. Some of those customers are driving Land Rovers, while some will be coming from other brands.

"We've sold some to Mercedes owners, to Jeep owners. It's all over the board," said Vine. "Some remember the original Defender. They've never owned one, but aspire to, and can't really afford some of the redone Defenders that are crazy in price.

Defender's long-awaited return has energized many Land Rover dealers. Though it has been 22 years since the last Defender was sold in North America, customer inquiries never stopped.

Land Rover sold Series 1 and Series 2 vehicles in North America from the mid-1950s to mid-1970s. British Leyland, then Land Rover's corporate parent, abruptly withdrew the brand from the U.S. at the end of 1973 when Land Rovers could no longer meet federal emissions and crash standards. The final U.S.-specification Land Rovers were sold in 1974.

Land Rover returned to the U.S. in 1987 with the Range Rover, opening a new segment in the U.S. for luxury SUVs. Defender made a U.S. return in the 1990s when Land Rover was able to sell a limited number of 90 and 110 models under a loophole in safety regulations. The last year Defender was sold in the United States was 1997.

In that long absence, fans' hearts not only grew fonder for the vehicle, but their wallets grew fatter. Classic Defenders in excellent original or expertly restored condition today sell for many times their original sticker prices. And many thousands of privately imported Defenders also cost more now than they did new.

A cottage industry has sprung up to cater to the demand for classic Defenders, a business most Land Rover dealers have had to view from the sidelines. But that further stoked interest and inquiries about Defender. Land Rover ended production of the Defender in 2016, but since then most of the classic originals have seen their values increase, an occurrence not lost on Land Rover North American executives and dealers.

"Defender will go back to some of our heritage and our roots and bring some of that enthusiasm back," Levitan said. "And that flows from the design of our cars to the design of our buildings. The place we show our automobiles now, compared to the lodgelike look we had, is so much different."

McCullough believes potential customers on the fence about the new Defender's styling will be won over by the dramatic improvement in technology, quality, features, refinement and performance of the new Defender.

She also said many of the interior design elements in the new model will be familiar to fans of older Defenders.

"Having spent time in the original, it is not a vehicle you want to spend a whole day in," she said. "It becomes a bit uncomfortable. This new Defender is one you can use all day, and is equally comfortable for passenger and driver. It can be more of a primary vehicle. That's a new aspect customers will get that will really surprise them."

To mark the vehicle's return, employees at Land Rover's North American headquarters in New Jersey and at dealerships around the country are wearing camouflage clothes, safari hats and other outdoor gear. There are trivia contests and events to celebrate the Defender's return.

Says McCullough: "I was with the company in 1997 when the last Defender was sold. Almost immediately after they went out of the market, we were talking about when it could possibly come back."

At first glance the redesigned 2020 Land Defender looks nothing like the legendary boxy original, a vehicle that kept the same basic shape for its entire 1948-2016 production run. But a closer look shows Land Rover design chief Gerry McGovern and his team paid homage to the original model by updating several of that vehicle's classic design cues.

Here's where the new Defender's styling lineage traces back to the original: 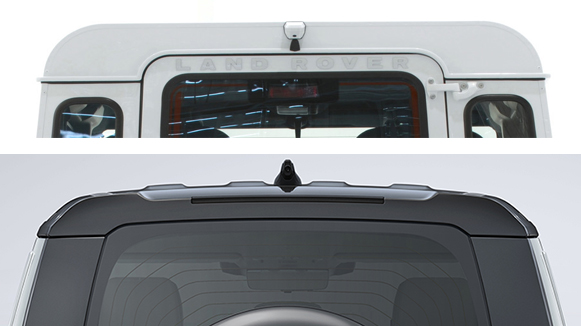 Upper roof line above the side-opening tailgate. The same basic roof design ties the C-Pillars together. 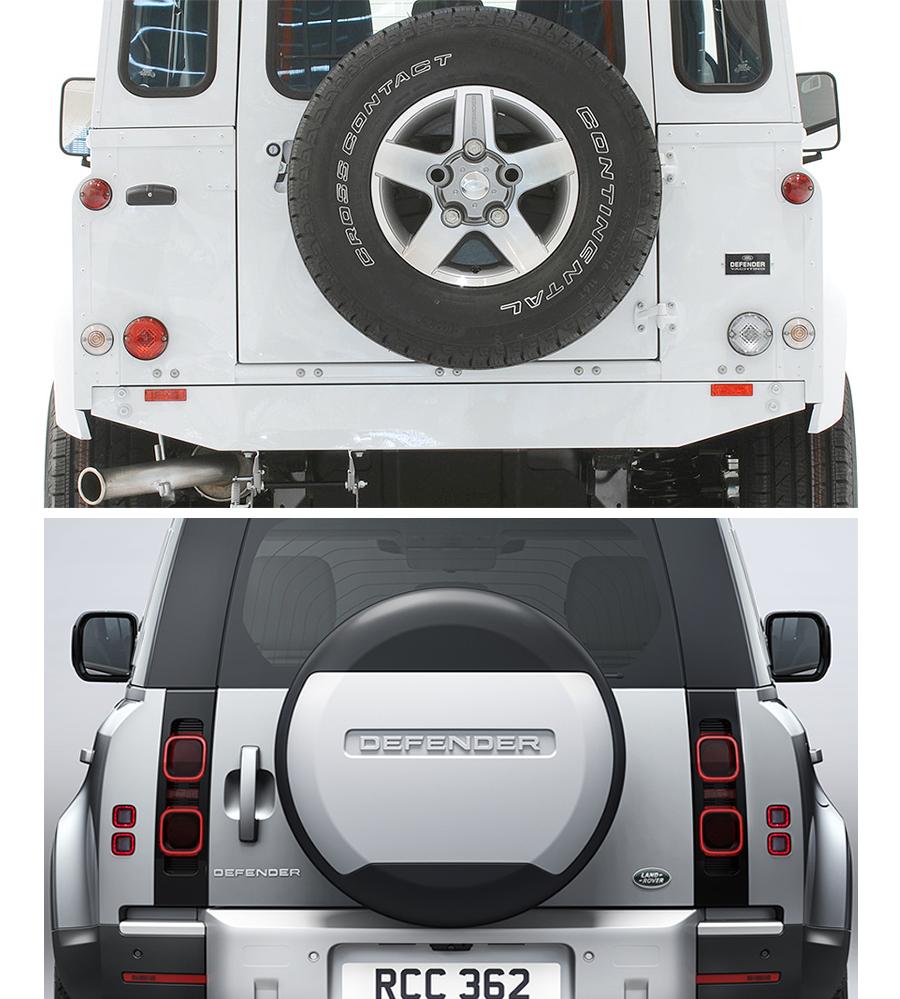 The flat edges of the rear fenders and the tailgate-mounted spare tire.

The angle of the front door windows, fender flares, white or black roof treatment, and placement of the door and tailgate handles and fuel filler.
How the 2020 Defender is different from the classic versions:

Exposed door and tailgate hinges have been eliminated.

Rear side windows do not slide open.

The taillights have been changed from round protruding units to flat integrated square LED assemblies.

Doors are longer, making it easier to get in and out.

Enclosed headlights
Letter
to the
Editor