DETROIT — Jim Hackett plans to retire Oct. 1 as CEO of Ford Motor Co., after a three-year tenure in which he empowered workers to make quicker decisions and started a broad restructuring effort that hasn’t yet bolstered profits.

Hackett, 65, said the changes he instituted have taken root and he felt now was the right time to leave the company to what Executive Chairman Bill Ford called “the next generation.” Hackett will work with Farley over the next two months to ensure a smooth transition, the company said.

Hackett, a former CEO of furniture-maker Steelcase, implemented sweeping redesigns of Ford’s business after he was named CEO in May 2017 in an effort to improve what he called Ford’s “competitive fitness.” But Ford’s share price continued to fall, a metric that ultimately doomed his predecessor, Mark Fields.

Still, Bill Ford said he was pleased with what Hackett accomplished.

"I am very grateful to Jim Hackett for all he has done to modernize Ford and prepare us to compete and win in the future," he said in a statement. "Our new product vision – led by the Mustang Mach-E, new F-150 and Bronco family – is taking shape.

"We now have compelling plans for electric and autonomous vehicles, as well as full vehicle connectivity. And we are becoming much more nimble, which was apparent when we quickly mobilized to make lifesaving equipment at the outset of the pandemic."

Ford shares rose 2.54 percent to close at $6.86 in trading Tuesday on Wall Street.

Farley has held a number of roles with Ford since Mulally hired him away from Toyota in 2007, including stints overseeing its marketing and leading its European operations. His appointment as COO earlier this year made it clear that he was the leading candidate to eventually succeed Hackett.

“I love Ford and I am honored by the opportunity to serve and create value for Ford’s employees, customers, dealers, communities and all of our stakeholders,” Farley said in a statement. “Jim Hackett has laid the foundation for a really vibrant future and we have made tremendous progress in the past three years. I am so excited to work together with the whole Ford team to realize the full potential of this great company in a new era.”

Ford in an SEC filing said Farley’s annualized base salary would increase to $1.7 million from $1.4 million.

“Everybody was getting very, very inspired by Jim Farley’s leadership,” he said on a media call. “Every time we threw some names around we always felt Jim Farley rose to the top.”

Farley, a former star at Toyota, becomes Ford's new No. 2

Under Hackett’s watch, Ford instituted a global restructuring that prioritized what he called design thinking. Ford cut thousands of salaried jobs to reduce bureaucracy and improve work efficiency. He also eliminated sedans and placed an increased focus on high-profit, emotional nameplates such as the F-Series, Mustang and Bronco.

Hackett sparred early on with investors and analysts who wanted to see more details of his turnaround plan.

"I knew it would test the patience of our stakeholders,” Hackett said Tuesday of his efforts. “You're starting to see the fruits of our labor."

Despite the ongoing coronavirus pandemic, Hackett said he realized this spring that it would be a good time to step down because “the wind in our sails is really starting to pick up.” He credited Farley with helping steer the company through the crisis and said he’s excited by a slate of upcoming new or redesigned products.

"My goal when I took on the CEO role was to prepare Ford to win in the future," Hackett said in the statement. "The hardest thing for a proud, long-lived company to do is change to meet the challenges of the world it's entering rather than the world it has known. I'm very proud of how far we have come in creating a modern Ford and I am very optimistic about the future."

Despite starting his automotive career with Toyota in 1990, Farley has deep roots with Ford. His grandfather, Emmet Tracy, joined the company in the early 1900s. While spending the summer in California at age 14, Farley bought a black 1965 Mustang fastback, rebuilt the engine, then traded a plane ticket for gas money and drove to Michigan — without a license — to visit his parents.

As a child, his friends called him "Jimmy Car-Car." He's an avid racer who still races Ford vehicles on the weekends and has joked that some of the biggest headaches in his marriage come from haggling a yearly budget for the hobby.

During his 17 years at Toyota, Farley launched the youthful Scion brand and was general manager of the Lexus luxury division.

A Ford spokesman said the company does not intend to appoint a replacement for Farley as COO, a position that was vacant for years before he held it. 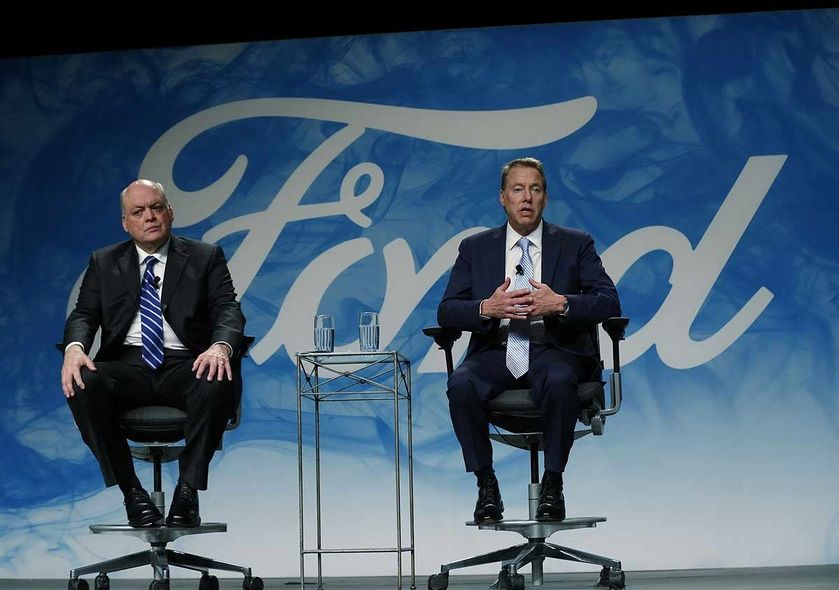 Bill Ford, executive chairman of Ford Motor Co., right, with Jim Hackett, after Hackett was named Ford CEO on May 22, 2017, in an abrupt management change. Ford replaced CEO Mark Fields with Hackett, a turnaround specialist who had been leading the automaker's moves into self-driving vehicles and ride sharing. 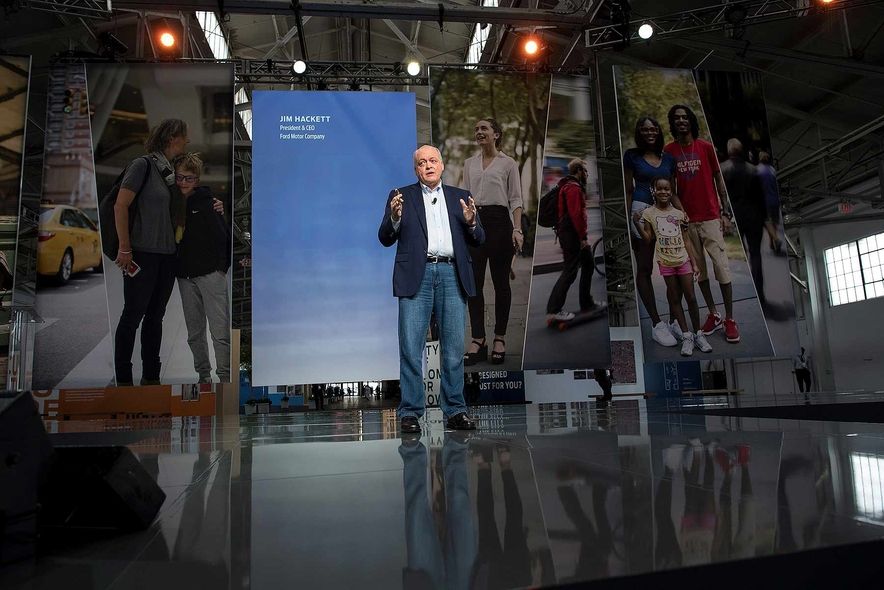 Ford CEO Jim Hackett during the Ford Motor Co. City Of Tomorrow Symposium in San Francisco, Calif., on Aug. 17, 2017. The symposium featured a series of conversations and workshops with leaders in technology, design and the public sector, dedicated to exploring challenges, opportunities and emerging solutions that will shape the future of cities. 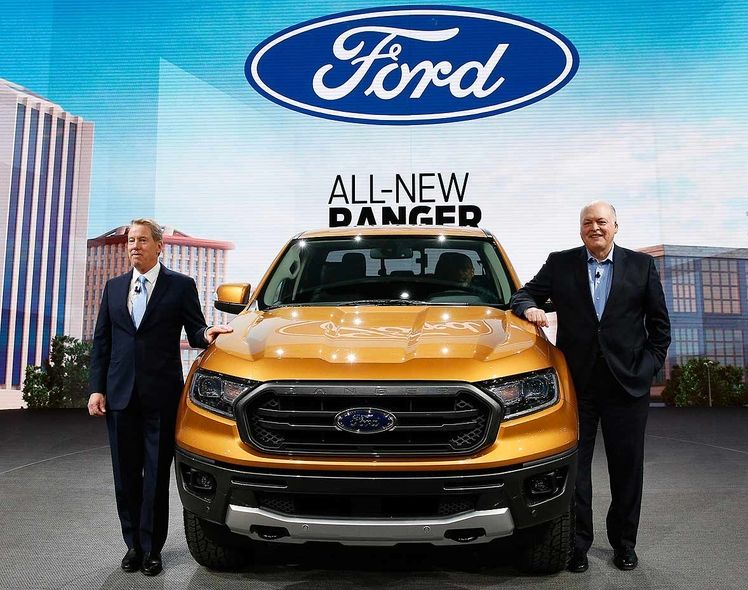 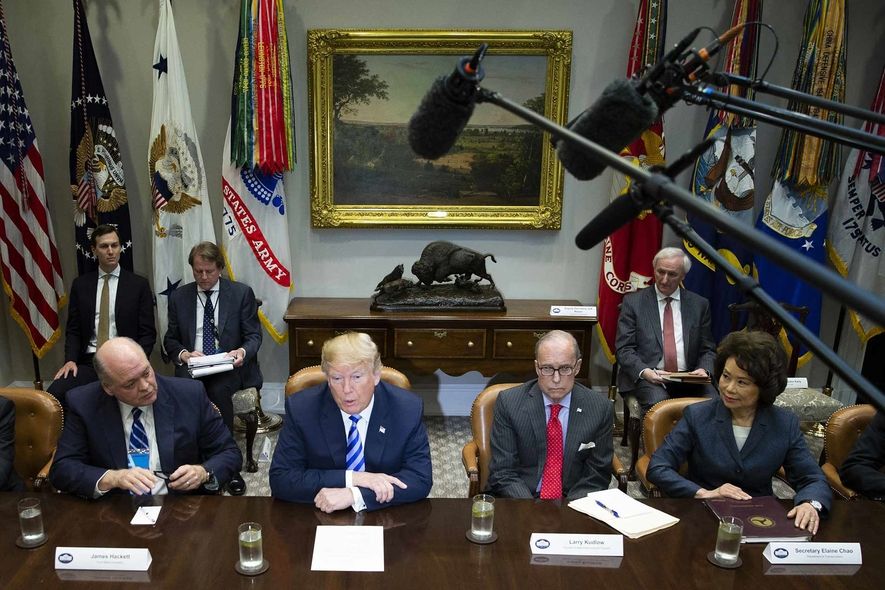 Ford CEO Jim Hackett, left, meets with President Donald Trump, second from left, Larry Kudlow, director of the National Economic Council, second from right, and Elaine Chao, secretary of transportation, right, during a meeting with auto industry executives in the Roosevelt Room at the White House in Washington on May 11, 2018. Automakers sought to ease Obama-era fuel economy standards, but not so much that it triggered a conflict with California and resulted in splintered environmental regulations set by Washington and Sacramento. 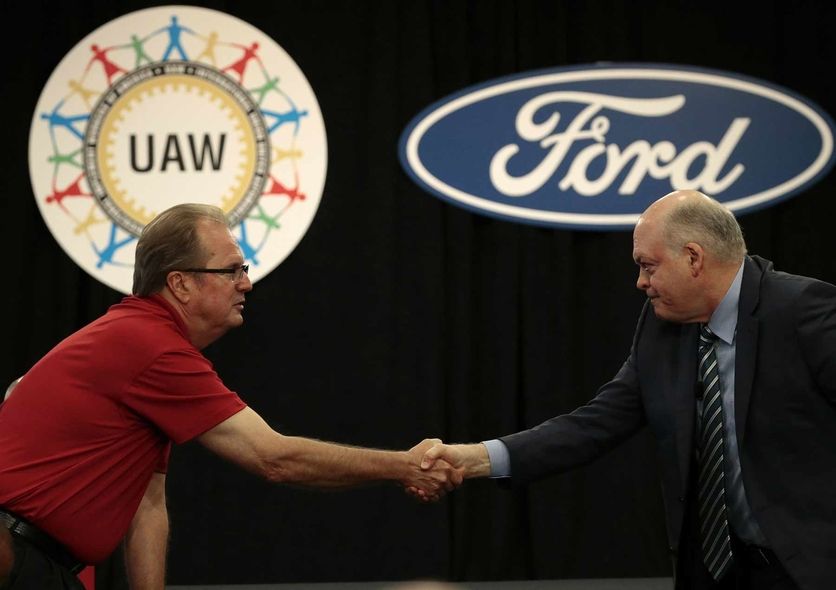 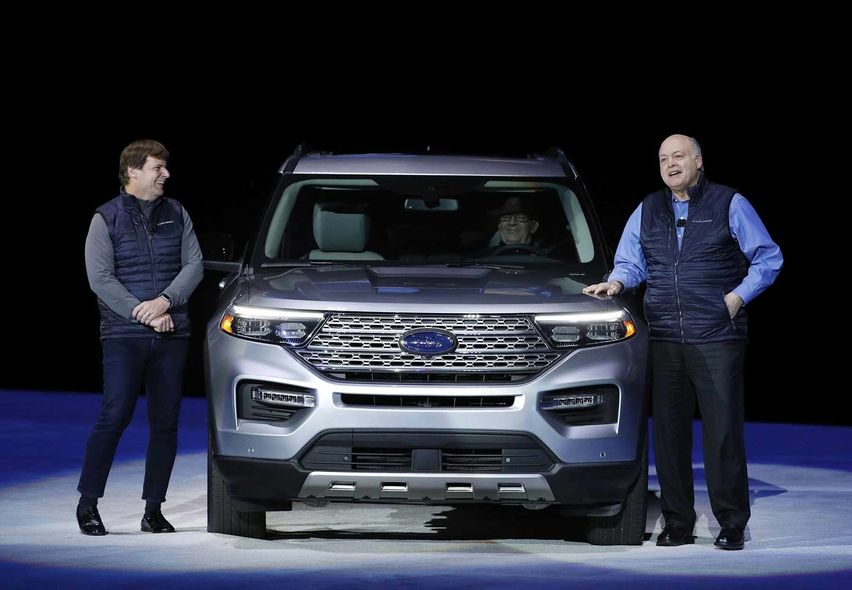 Jim Hackett, CEO of Ford Motor Co., right, with Jim Farley, president of global markets, with the redesigned and re-engineered 2020 Ford Explorer crossover in Detroit on Jan. 9, 2019. Ford, which helped pioneer the SUV and crossover market, rolled out the first redesign of the bread-and-butter Explorer since President Obama was in his first term and the auto industry was recovering from a debilitating recession. 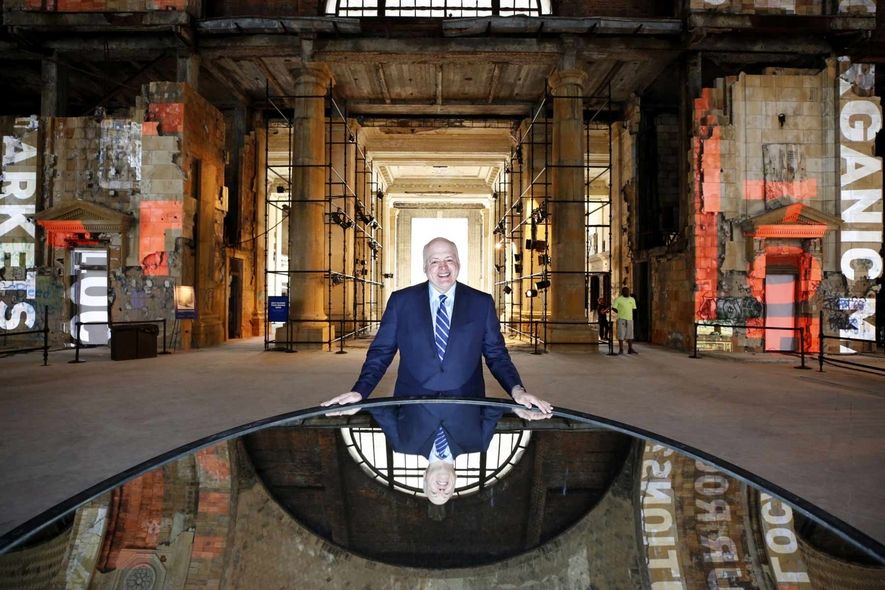 Ford CEO Jim Hackett poses during a ceremonial event at the Michigan Central Station in Detroit's Corktown neighborhood on June 19, 2018. Ford is redeveloping the former train depot as part of a new downtown campus for autonomous and electric vehicle businesses. 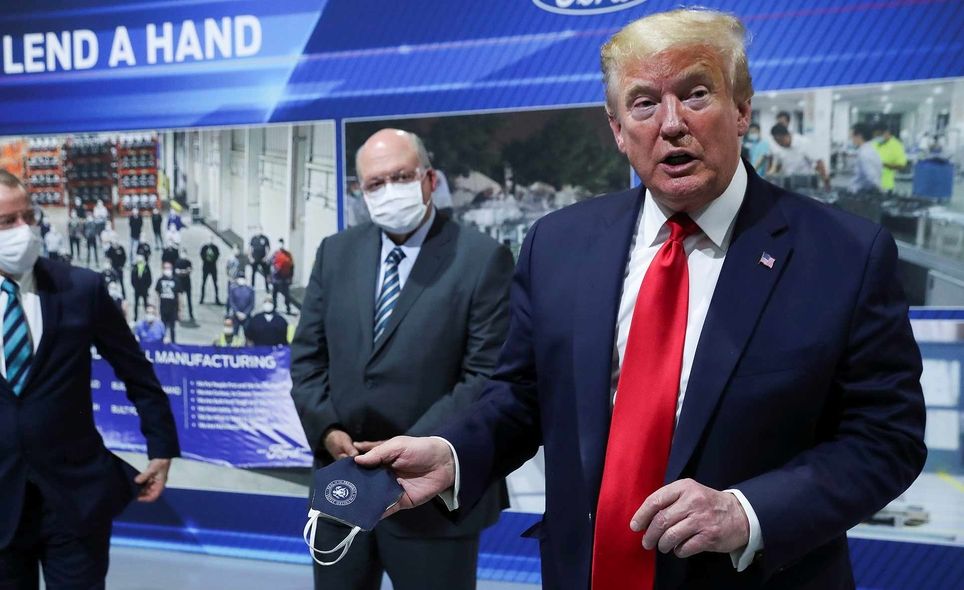 President Donald Trump, with Ford CEO Jim Hackett, left, holds a protective face mask with a presidential seal during a tour of Ford's Rawsonville components plant that was producing ventilators, masks and other medical supplies during the coronavirus pandemic, in Ypsilanti, Mich., on May 21.