Ferdinand Piech, engineer who forged VW into giant, dies at 82

VW Chairman Ferdinand Piech with the New Beetle RSI on Jan. 4, 1999, at the North American International Auto Show in Detroit.

Ferdinand Piech, the dominating and demanding former chairman and CEO who transformed Volkswagen Group into one of the world’s biggest automakers, adding Porsche and other exotic nameplates to its holdings, has died. He was 82.

Piech died Sunday at a hospital in Germany, according to Bild newspaper, after collapsing in a restaurant in Rosenheim, Bavaria, in front of his wife, Ursula. He was taken to a nearby hospital where he died later Sunday, hospital sources told the paper.

Ursula Piech, in a statement late Monday, said he died “suddenly and unexpectedly.” The Piech and Porsche families control a majority stake in Volkswagen Group through their family holding company, Porsche SE.

Under Piech, Volkswagen Group assembled an assortment of blue-chip brands and became the top automaker in Europe and challenged Toyota Motor Corp. in recent years for the title of largest automaker in the world.

The grandson of Ferdinand Porsche, who founded the manufacturer of the famed 911 sports car, became Volkswagen’s CEO in 1993, when the Wolfsburg, Germany, company was mired in losses. Plagued with quality problems and high costs, Piech replaced almost the entire Volkswagen management board, reduced costs by persuading labor leaders to accept a shorter work week, and laid plans to overhaul the product lineup.

During his nine-year tenure as CEO, Piech turned a loss equivalent of 1 billion euros ($1.1 billion) into a 2.6 billion euro profit

While Volkswagen became profitable and produced better vehicles without large-scale job cuts, Piech, a stickler for quality and top-notch engineering, won the allegiance of unions and shareholders alike.

"First and foremost I always saw myself as a product person, and relied on gut instinct for market demand. Business and politics never distracted me from the core of our mission: to develop and make attractive cars," Piech wrote in his 2002 autobiography.

He continued to guide strategy after becoming supervisory board chairman in 2002.

“His most significant achievement is that he built the largest and most successful automobile company in the world,” said John Wolkonowicz, an automotive historian who worked inside VW in Germany as a consultant in the 1990s. “And he built it from nothing.”

Piech’s crowning achievement at VW was the acquisition of the Porsche brand in 2012. The purchase was the final stage in turning the tables on his cousin, Wolfgang Porsche, who had pushed the Stuttgart, Germany, sports-car producer to bid for VW four years earlier. Piech sided with the state of Lower Saxony, which owns a blocking stake in VW, to rebuff Porsche’s offer just as the suitor’s debt was surging from the takeover effort.

The combination of Volkswagen and Porsche united manufacturers that trace their roots to Piech’s grandfather, who developed the original VW Beetle car under a contract with Germany’s Nazi regime in 1934.

Under Piech, Volkswagen pushed into high-end cars with the purchase of the Bentley and Bugatti nameplates. At the same time, he tightened VW’s integration of the mass-market Seat and Skoda brands. By the end of 2012, Volkswagen either owned outright or held controlling stakes in 12 vehicle brands, including supercar producer Lamborghini, heavy-truck makers MAN and Scania and motorcycle maker Ducati.

His obsession with cars -- and the desire to make the best possible ones, regardless of price -- also cost VW a lot of money. With the flopped Phaeton sedan, the Bugatti Veyron supercar and Audi’s A2 hatchback, the Volkswagen group accounts for three out of the 10 biggest money-losers in modern automotive history, according to estimates from Max Warburton, an analyst for Sanford C. Bernstein & Co.

That’s the worst track record in the industry.

Piech and Bernd Pischetsrieder in March 2002. Piech often got his way when he lost confidence in managers, forcing out a series of executives, including his hand-picked successor as CEO, Pischetsrieder, in 2006.

Enjoying a cult-like following within the company, Piech often got his way when he lost confidence in managers, forcing out a series of executives, including his hand-picked successor as CEO, Bernd Pischetsrieder, in 2006. The supervisory board’s leadership committee surprisingly defied him in April 2015 by saying it would vote to extend Martin Winterkorn’s contract as CEO, against Piech’s wishes.

The diesel violations have cost the company about 30 billion euros ($33 billion) so far and triggered the deepest crisis in its history.

Piech claimed he had mentioned indications of possible wrongdoing to other top officials in 2015 before U.S. authorities uncovered the large-scale emission manipulation months later, but that those warnings weren’t heeded at the time. His allegations were denied by his cousin Wolfgang Porsche as well as the other VW officials involved.

Evidence has never surfaced that Piech was aware of the illegal software used to skirt diesel emissions tests. But he is often blamed for creating a culture that drove VW engineers to cut corners, if needed, rather than risk employment by admitting they could not achieve a technological or engineering target.

Without influence at Volkswagen, and estranged from longtime family members, Piech later sold his shares in the company to the family and withdrew from the business.

Throughout this career, Piech was known for his ability to outmaneuver competitors by stoking internal rivalries to his own advantage, even if it resulted in backing labor leaders to the detriment of his own managers, including Pischetsrieder and Wolfgang Bernhard.

Some of Piech's top lieutenants were prosecuted for securing support for radical restructuring plans by sponsoring lavish business trips for labor leaders, including sex with prostitutes.

“If I want to achieve something, I approach the problem and push it through without realizing what’s happening around me,” he wrote in his autobiography. “My desire for harmony is limited.”

Piech's burning passion for the automobile drew admiration and envy from rivals and peers over his career.

Bob Lutz, a former top executive at General Motors, Chrysler, Ford and BMW, called Piech a "brilliant despot" in a 2016 interview with The Wall Street Journal.

“He is a typical example of the hard-driving and driven dictatorial leader who would accept no dissent, is totally convinced of the correctness of all of his opinions, and will fire people on the spot for disagreeing with him, and consequently gets a hell of a lot done,” Lutz told the paper.

"Most of all Ferdinand Piech brought perfection and attention to detail to automotive production and into Volkswagen's DNA," Diess said.

Ferdinand Karl Piech was born on April 17, 1937, in Vienna to parents who were Nazis. His father, Anton, was a lawyer, and his mother, Louise, was the daughter of Ferdinand Porsche, a self-taught engineer hired by Adolf Hitler to design a “people’s car.” After World War II, the people's car became widely known as the Beetle. The third of four children, Ferdinand Piech had two brothers and a sister.

Volkswagen CEO Ferdinand Piech with German Chancellor Helmut Kohl, right, in the VW Golf IV during the opening of the Frankfurt auto show on Sept. 11, 1997.

After attending the Swiss boarding school Lyceum Alpinum Zuoz, near St. Moritz, from 1952 until 1958, he studied engineering at the Swiss Federal Institute of Technology in Zurich. In 1963, Piech went to work for his uncle Ferry at Porsche in Stuttgart, where he later became a technical manager.

While working as a 31-year-old development chief at Porsche in 1968, he invested two thirds of Porsche's annual racing budget to build 25 Porsche 917 race cars with an untested radical 600 horsepower air-cooled 12-cylinder engine design.

Family members accused Piech of being an irresponsible manager after risking the company's budget, but the Porsche 917 went on to become one of the most successful race cars in history, cementing his status as a visionary engineer.

Piech joined Volkswagen in 1972, when he moved to Audi from Porsche after the family decided to end its active role in the sports-car maker’s operations.

VW was accused of stealing procurement secrets from General Motors under Piech's watch but he was never charged with a crime.

He also cultivated unconditional loyalty from his top engineers, even while sometimes keeping them in the dark.

While working as development chief at Audi, Piech decided to hide the aerodynamic qualities of the Audi 100 from his top staff by using wind tunnels in Hamburg, Stuttgart, Wolfsburg and Turin to develop the vehicle.

He wanted to take the brand upmarket by touting its aerodynamic qualities, but was fearful that an engineer could defect to a rival with crucial know-how.

"I was in the middle of it all, putting together the pieces of the puzzle," Piech said in his autobiography.

At Audi, he pushed the development of the Quattro all-wheel-drive system, helping establish the brand as an innovator and enabling it to overtake Daimler’s Mercedes-Benz in global luxury-car sales in 2011.

Another key to Volkswagen's growing scale under Piech, he bet on a modular construction technique which allowed Audi , Skoda and VW brands to share up to 65 percent of their common parts.

Piech ensured that his legacy will live on at Volkswagen when he arranged for his wife Ursula, a former kindergarten teacher and governess for his family during the 1980s, to be appointed to VW’s supervisory board in 2012. She also joined Audi’s board the following year.

He had five children with his first wife, the former Corina von Planta; two from his relationship with Marlene Porsche, the former wife of his cousin Gerhard Porsche; three with Ursula Piech; and two other children.

“The life of Ferdinand Piech was characterized by his passion for the automobile and for the workers that made them,” Ursula Piech said in the statement. “To the last he was an enthusiastic engineer and car lover.”

Automotive News staff and Reuters contributed to this report.

By the end of 2012, under Piech, Volkswagen Group either owned outright or held controlling stakes in 12 vehicle brands, including Audi, supercar producer Lamborghini, heavy-truck makers MAN and Scania and motorcycle maker Ducati. 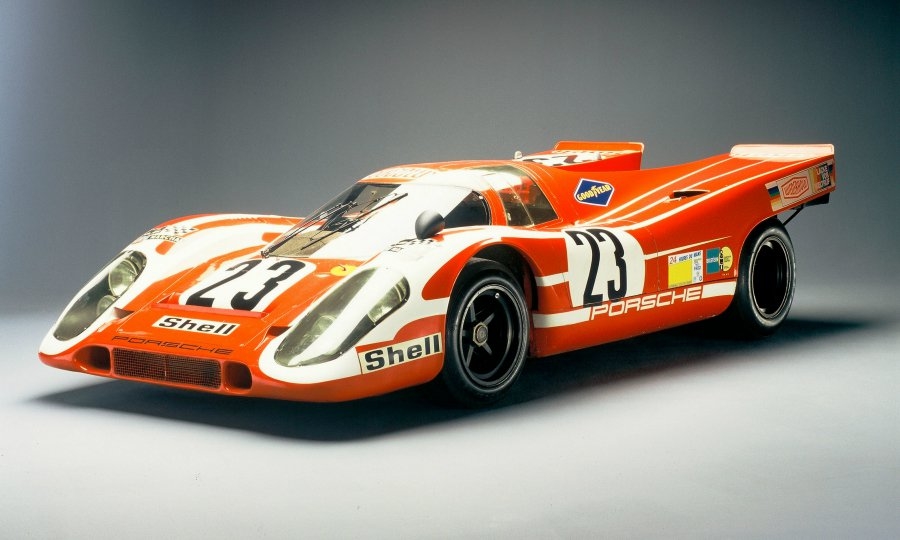 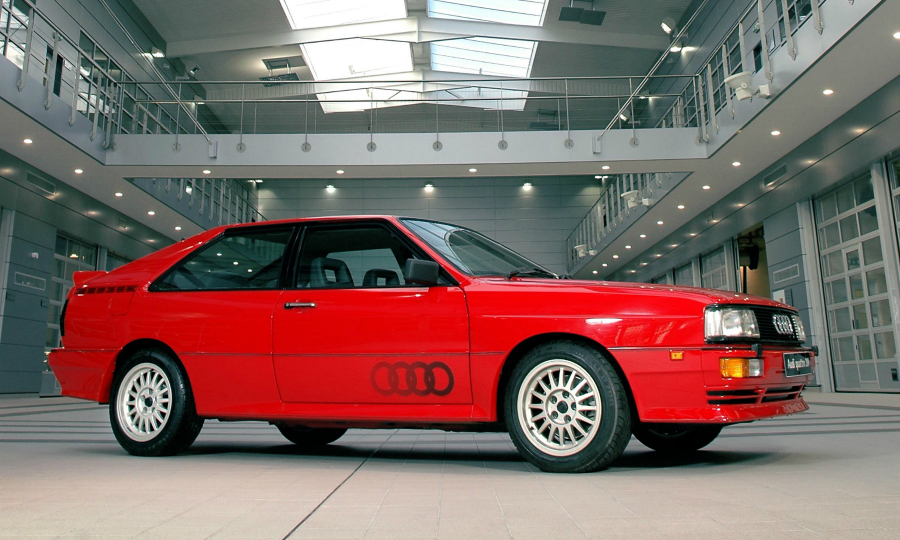 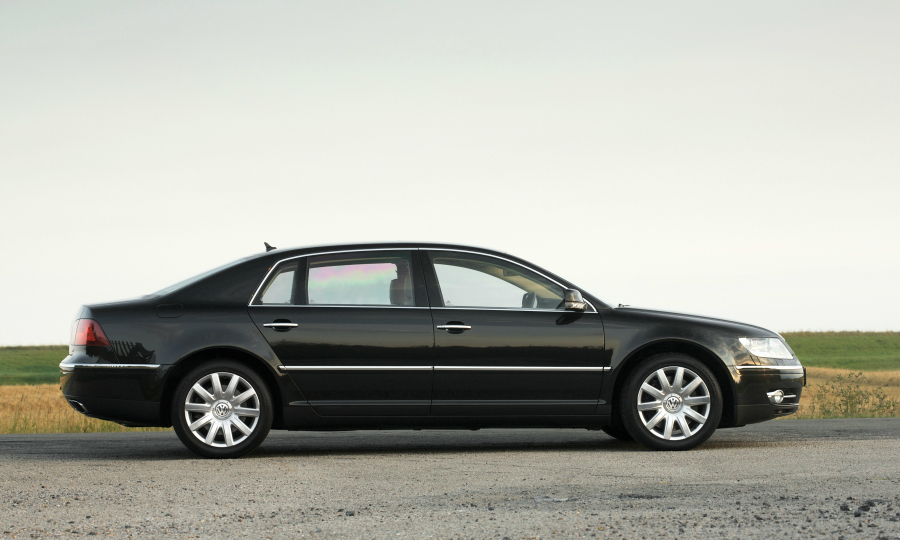 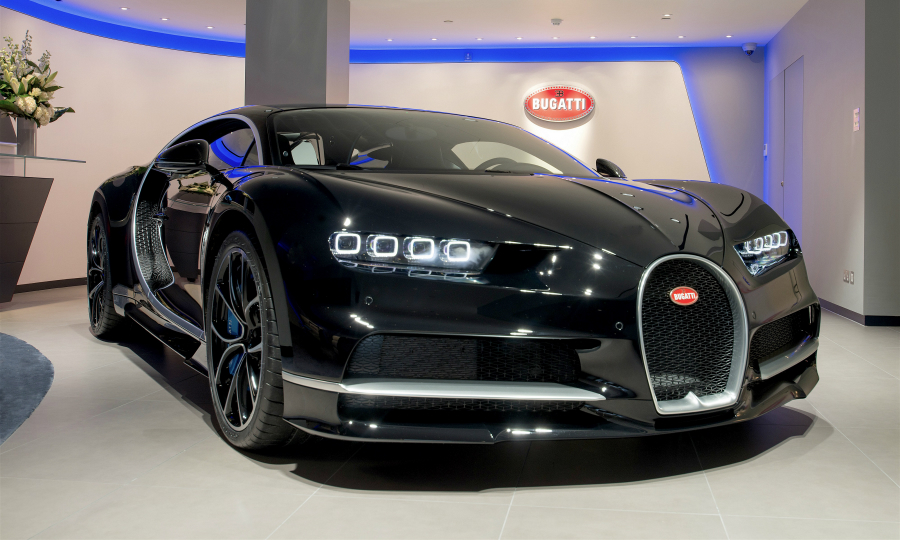 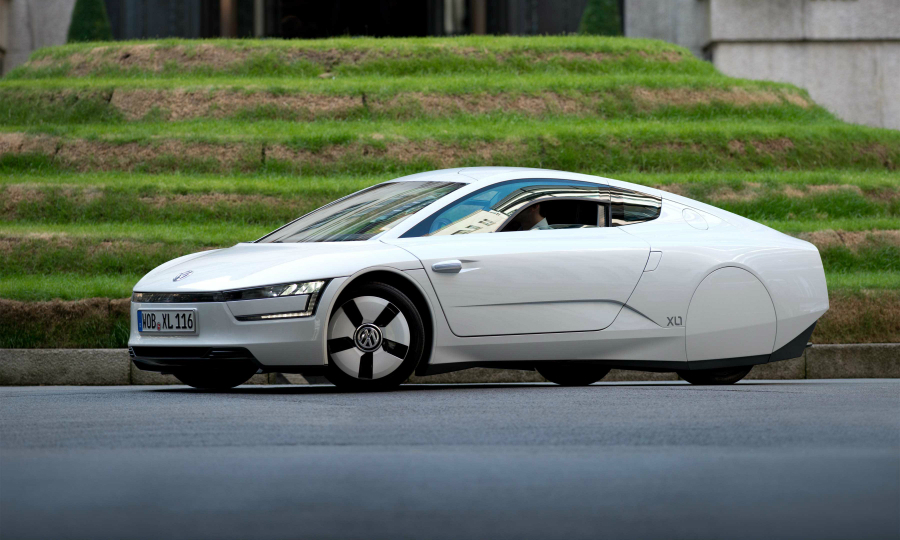 Thai-Tang: From the Mustang to the C-suite
Highlights from the latest Daily Drive podcasts, Sept. 25-29