With a glossy black lattice in place of the trademark vertical bars, the kidney-shaped grills on BMW’s next generation electric vehicles generate at least as much chatter as the cars’ electric guts.

When BMW unveiled its next generation of electric vehicles — the i4 and the iX SUV — in March, their faces generated at least as much chatter as their electric guts. There on the front of both was BMW’s design hallmark: two kidney-shaped grilles.

But these were far bigger than the kidneys on the automaker’s gas-burning models and seemingly turned upright, with a glossy black lattice in place of the trademark vertical bars. They seemed like an anachronism. With no engine sitting behind them, and no radiator pulling in air, why bother?

“The kidney is not just an air-cooling system,” explains BMW design lead Domagoj Dukec. “It’s the strongest differentiator between us and our competitors.”

BMW is not alone. As legacy automakers move to electric powertrains, they’re re-inventing the grille in ways both familiar and strange. GMC’s new Hummer EV, set to begin production in the fall, features a reinterpretation of the SUV’s famous seven-slot grille. Two decades ago, GM successfully fought off a challenge from Chrysler over the right to use the seven slots, which are also a hallmark of Jeep.

This time around GM has abandoned the slots in favor of six blocks that spell out the word “Hummer.” If you squint, however, you can still make out seven slots lining the letter blocks. “We're having fun with that,” says Rich Scheer, design director for the Hummer EV, “It’s kind of an illusion.”

Look closely at any Tesla and you will see a grille tucked beneath the bumper.

The new Hummer, like the new BMW EVs, doesn’t use the space above the bumper for cooling. “Behind what you would think is the grille, that’s a huge storage compartment,” says Scheer. “You could take air in there, but you’re going to cool an empty space.” While the BMW i4 and iX use their new-fangled kidneys to hide cameras and other sensors, the letter boxes on the front of the Hummer are pure showmanship.

“We treated that whole upper lighting element as just great design theater,” says Scheer. The word “Hummer” lights up as the driver approaches with the key. The idea, says Scheer, was to make the front the vehicle act like an iPhone: blank and cold when you are not using it; welcoming and bright when you are. For BMW and Hummer, the primary function of the grilles on their new EVs is to uphold the brand, which was built, in both cases, around combustion engine cars.

As the first to sell hundreds of thousands of EVs in the U.S., Tesla has had the privilege of setting consumer expectations for how an electric car is supposed to look. Its designers did not have to fret over legacy grilles. In 2016, when Tesla gave the Model S its first major design overhaul, or facelift, as it’s known among owners, it replaced the shiny black oval at the front of the car with a fascia that matched the rest of the body. The new front of the Model S resembled those of the recently launched Model X and soon-to-be launched Model 3, creating a consistent—and conspicuous—aesthetic for the brand. On all three models, as with the Model Y that came after, it looks as if somebody has painted over the place where the grille used to be. “It wasn’t just grille-less, it was an anti-grille,” says Eric Noble, president of the Car Lab automotive consultancy.

The Kia Niro features panels over the erstwhile grille space.

The design fit well with Tesla’s identity as a disruptor: the anti-carmaker made cars with anti-grilles. It also helped create the notion that EVs don’t need grilles. While it’s true that electric powertrains do not generate as much heat as internal combustion engines do, EVs still need to take in air for cooling motors and batteries, especially in high performance models.

“It actually amazed me how much cooling we did need,” says Gordon Platto, lead designer for Ford’s new electric Mustang Mach-E. But with the batteries and motors typically placed along the bottom of the car, it usually makes sense to take that air from lower down. (Look closely at any Tesla and you will see a grille tucked beneath the bumper.) Smoothing over the front also helps with aerodynamics, which translates directly into greater range.

While Tesla merely made it look like the grilles had been papered over on their cars, some legacy automakers have literally covered grille openings on the electric versions of gas-powered models. The EV versions of Hyundai’s Kona, Kia’s Niro, and Volvo’s XC40 SUVs, for instance, all feature panels over the erstwhile grille space. The fronts practically shout, No gas-guzzling engine here!

For early adopters, this kind of signaling is especially important. If you bought an EV for its novelty or out of a civic-minded desire to do less damage to the planet, you probably want your neighbors to know about it. But as the technology becomes more established, according to consumer research by the Car Lab, the reasons for buying an EV are becoming more mundane. People are buying them to save on fuel costs, to access carpooling lanes, or because they are fun to drive. For these customers, it doesn’t especially matter whether other people know that they have an electric car. “Ten years ago, the consumers who bought an EV really wanted to sort of visually shout about them,” says Noble. “Now we find that need is rapidly diminishing.”

The electric Ford Mustang Mach-E features a stripe of black trim to outline the place where a grille might have gone.

Dukec at BMW, Scheer at GM, and Platto at Ford all say they were not necessarily trying to signal the electric powertrain with their grille designs. Instead, the goal was to make something that both evoked a familiar brand and promised cutting edge technology. “If you have a different powertrain, it doesn’t have to look different,” says Dukec, “We don’t have to hide and say ‘Oh, because Tesla has no grille—because they have no past and no heritage—that this is the only way. For them it was one way to show clearly ‘I’m different.’ For us, our customers don’t expect us to be different; they just expect us to offer the best mobility product no matter what kind of powertrain.”

While Ford’s Mustang Mach-E features a Tesla-esque fascia panel on its base model, there’s also a stripe of black trim to outline the place where a grille might have gone and the Pony logo in the center to remind everybody that it’s still a Mustang. “We've tried to create this signature appearance with what we call this horse collar that kind of implies where a grille location would be,” says Platto, “Our customers don't want to drive a science project, they want a beautiful looking vehicle that represents the brand properly.” 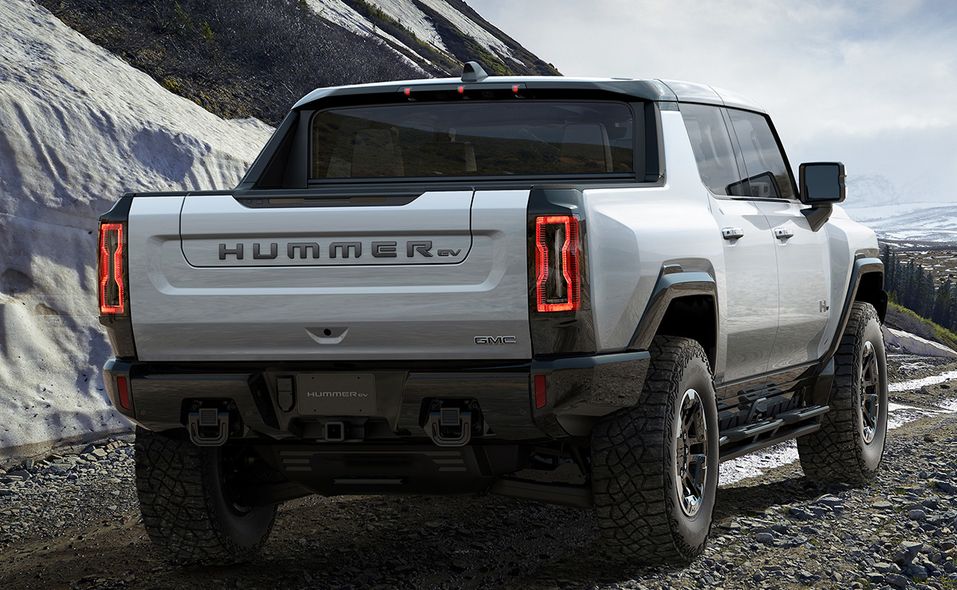 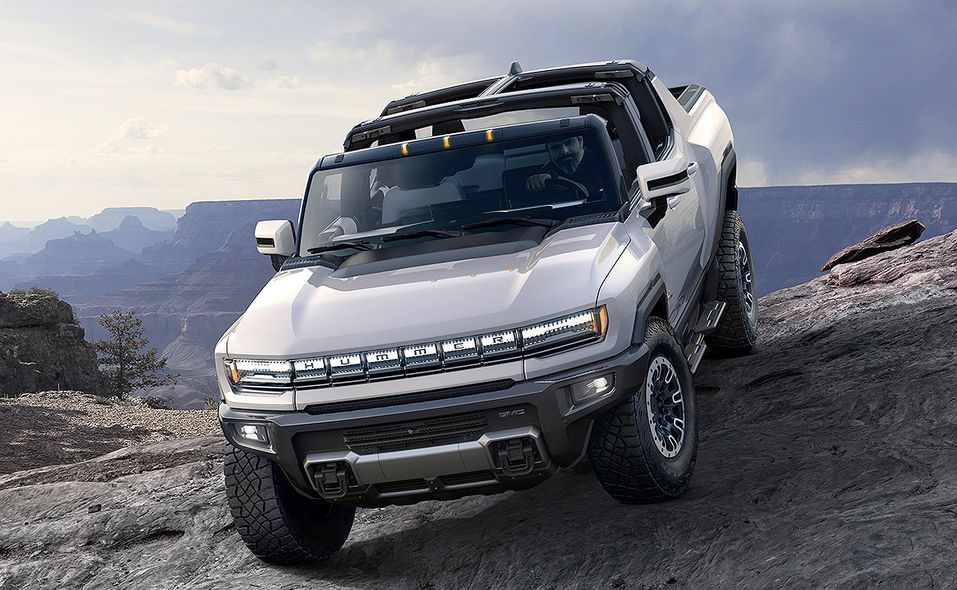 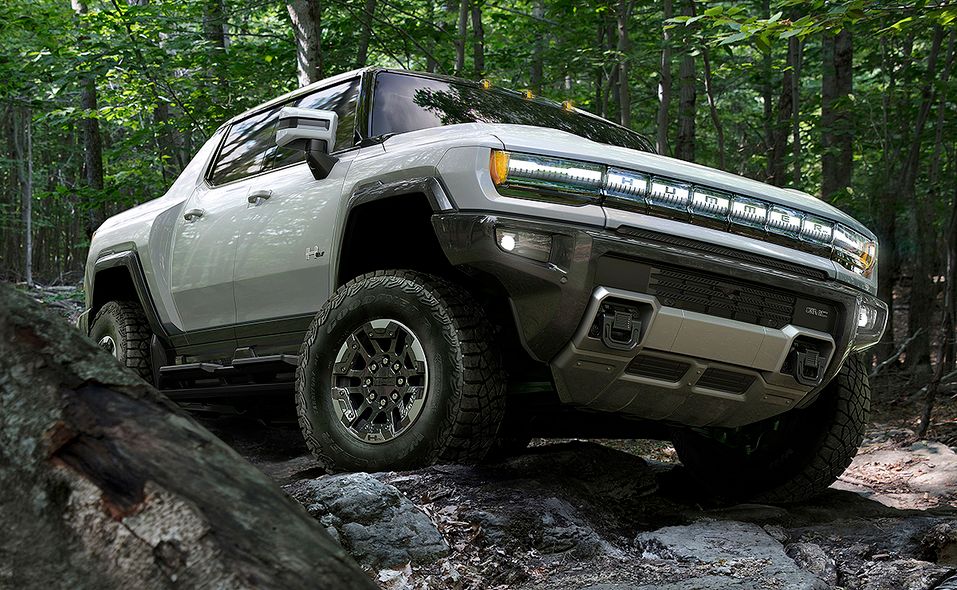 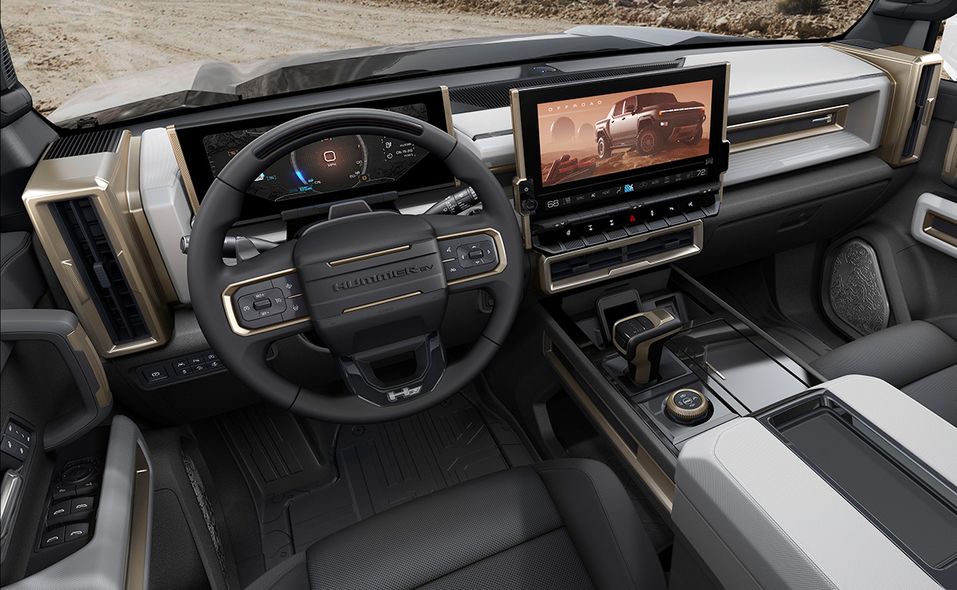 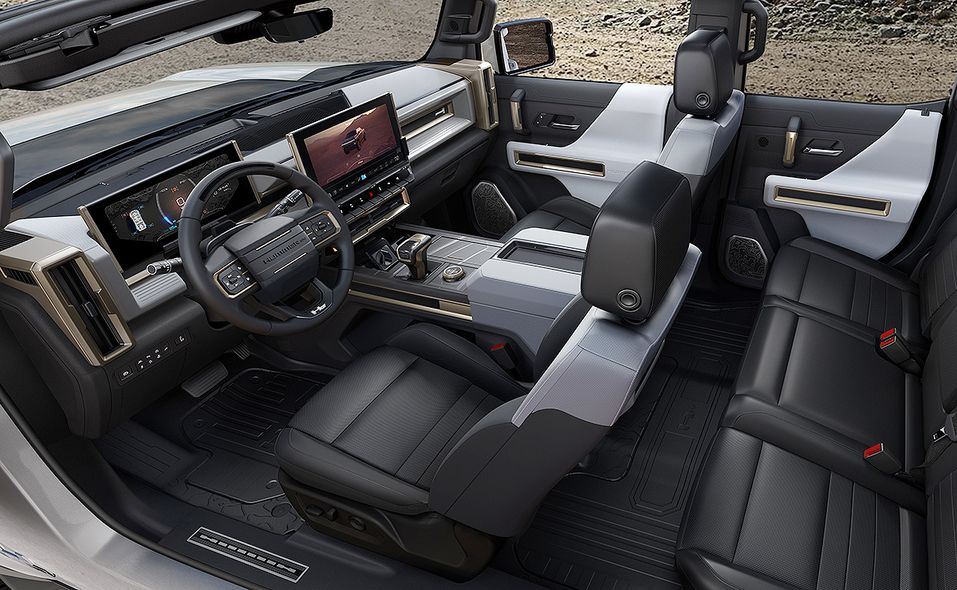 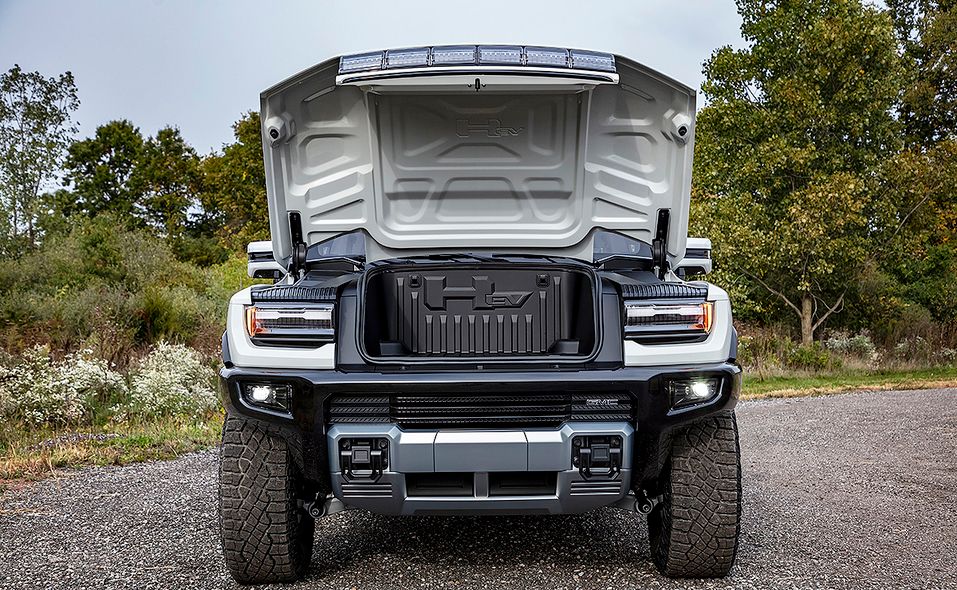 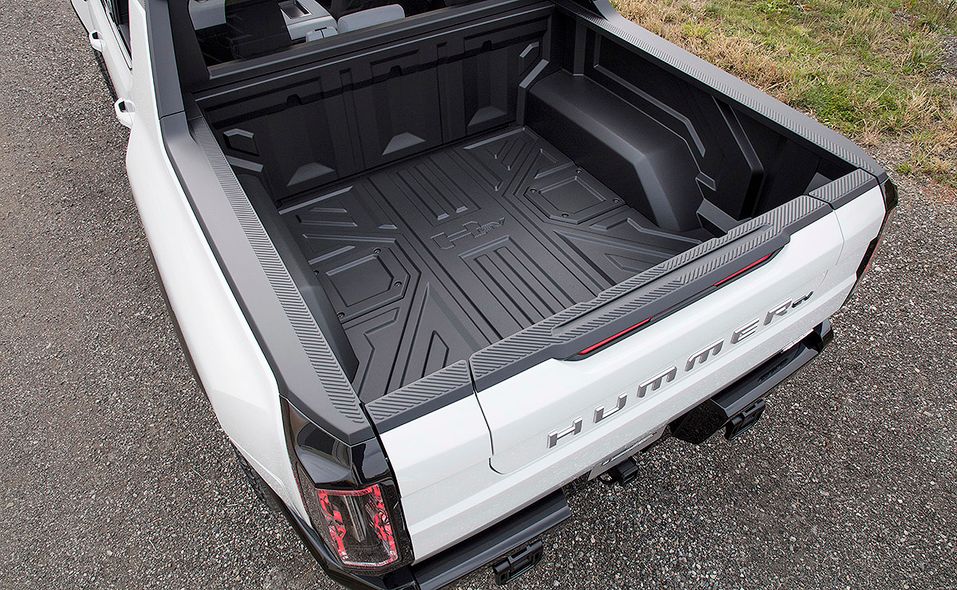 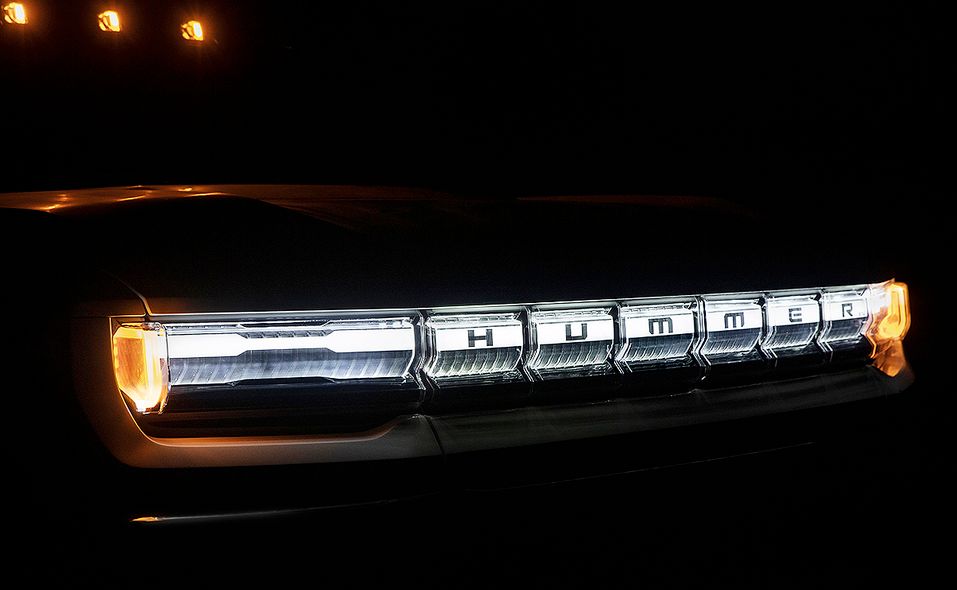 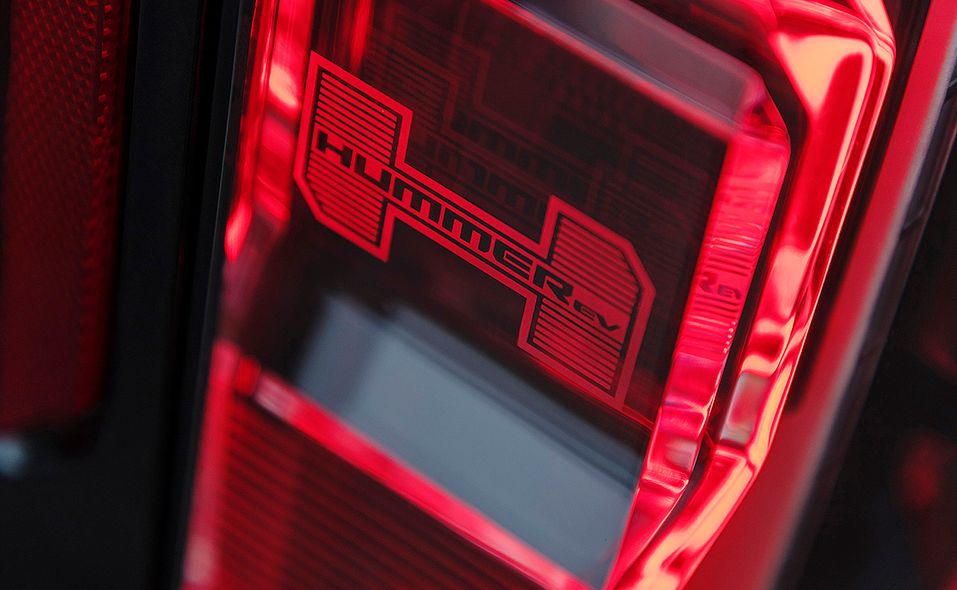 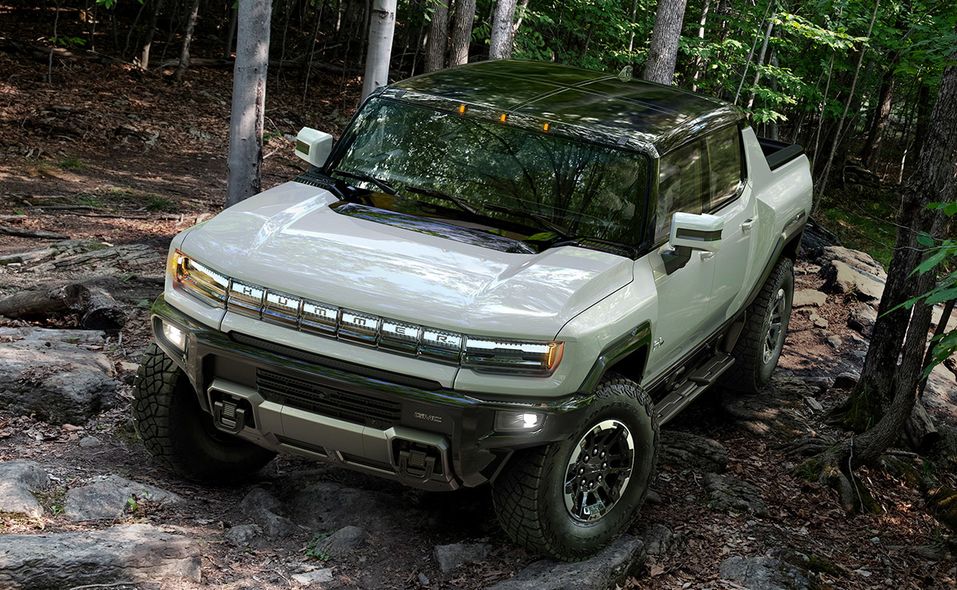 A truck with everything and the kitchen sink
Sponsored Content: 7 Steps to Transforming the Service Drive Into a Sales Driver