Doing more with less. Managing expenses — and expectations. Taking care of employees, customers and the community.

The upside when circumstances go downhill quickly is that there are lessons to be learned. And that's exactly what happened to Automotive News' 40 Under 40 honorees this spring as the coronavirus pandemic led dealerships across the U.S. to close completely, run limited operations or, at the very least, absorb significant hits to business as many consumers stayed home.

Like his peers, Warmath saw the rapid change take hold in late March as dealership group executives tried to figure out whether stores would be open or closed and what to tell customers.

"Everybody was just kind of chasing their tail and trying to keep their head above water, trying to figure out what that new normal was going to look like," Warmath recalled. It took a month for that new normal to settle in.

Kyler Schulze, general manager of AutoNation USA Katy in Texas, said difficult times help him learn more about the business and himself.

"It's very easy to look good when the business is great, the economy's great," Schulze said. "But during times of hardship and discomfort, it really forces you to look at your business, analyze your business, figure out where you're good, you're bad, you need help."

One factor that is obvious but nonetheless crucial in a crisis: constant communication. Schulze described his contact with employees as early and often. "It was a very uncertain time, and basically all of your employees look to you for leadership and guidance," he said. AutoNation USA Katy held a weekly town hall-style meeting with social distancing so employees could ask about the state of operations.

The coronavirus pandemic forced auto retailers to abruptly adapt to a new normal, teaching valuable lessons in the process. Here's what some of our 40 Under 40 honorees had to say about the experience: 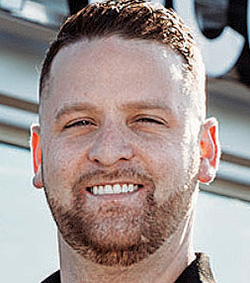 "It's about attitude. It really hadn't sunk in until the last few months; how you come to work each day, how you lead and the attitude you take on. That attitude will correlate very closely to the financial performance of the store and the morale."
Joseph Pompo, director of finance, reinsurance and taxation at Fuccillo Automotive Group 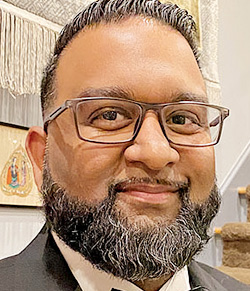 "When it looks grim and it seems really difficult and tough, those are the times that you are able to shine and really become a leader of your people."
Brian Singh, general manager at Parkway Family Mazda and Parkway Family Kia 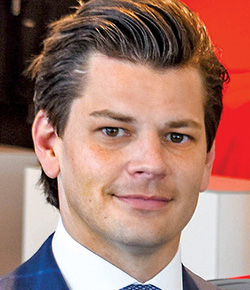 "It was a check: At any time, things can be flipped upside down. Just because you have a fancy building and cool cars doesn't guarantee you're going to always make it."
Thomas Mihok, general manager at Audi Wilmington 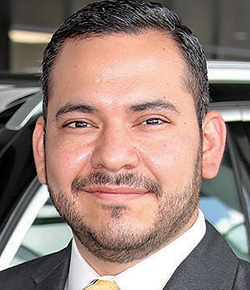 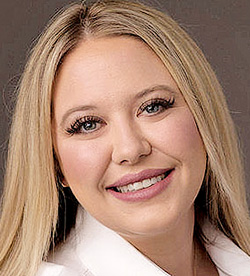 "You have to keep a level head, and you have to persevere. You cannot spend much time wallowing about it because there is somebody who's moving faster than you. So anything can happen, and you just have to put your head down and get through it."
Hilary Haron, owner of Haron Motor Sales 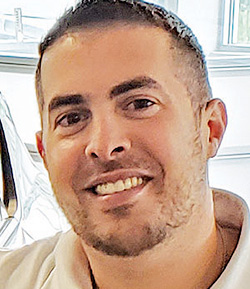 "Pricing, all that stuff is one thing. But the biggest thing in the current market is accommodating your customer. So, going forward, we are going to offer that home delivery and the online purchase, if that's the route that customers want to take."
Frankie Florey, general sales manager at Autosport Acura of Denville 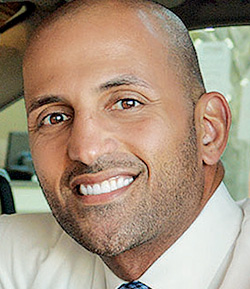 "At the end of the day, you never know what's going to happen. So you just need to be prepared at all times, and you have to have the right team in place."
Ferris Hamdan, general sales manager at Sun Toyota 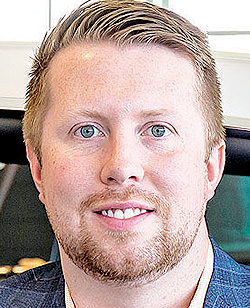 "All you can control is the positivity of your attitude and the amount of effort you put forward."
Kristopher Nielsen, sales operations and customer experience manager at Soave Automotive Group

Boris Lopez, director at South Dade Toyota of Homestead and South Dade Kia of Miami in Florida, created a companywide email sent daily."All these coronavirus things create faster, rapidly changing things in the dealership," Lopez said. "I need to inform everybody every night to make sure everybody's on the same page."

Communicating with customers is crucial, too.

"It wasn't a sales pitch," Florey said. "It was basically letting these customers know that we're here for them during this time, and we hope that they're all safe and healthy."

Innovating on the fly

But customer access to dealerships, at least for vehicle sales, varied greatly from city to city and state to state.

Most stores could keep service operations running as they were deemed essential, but many had to shut their showrooms to foot traffic.

"We systematically went to every store and confirmed what features and capabilities that they're able to offer," Bolz said. The company then took that message to customers, updating websites and ad copy accordingly.

"We really focused in on adapting quickly to meet our customers' new expectations of safety [and] health, ensuring that their well-being is part of the selling process," Bolz said.

As dealers shifted their focus to remote services, the Internet became a crucial aspect of doing business.

Karen Rodriguez, director of operations and Internet sales at Doral Automotive Group in Doral, Fla., said the crisis brought showroom traffic to a near halt in April.

At that time, more than 80 percent of sales originated in the retailer's business development center.

"Everybody either called or went online when submitting a lead," Rodriguez said. "We had to do a lot of, obviously, home deliveries and all that, and without the help of [the] BDC, I don't know how many of those customers would have been properly attended and taken care of."

Doral is doing more home deliveries than ever. And even for other transactions, more of the process has moved online, she said.

Where possible, dealers have cut costs. Since the crisis began, Doral has mostly avoided adding expenses, such as new vendors, and is restricting overtime hours, Rodriguez said.

Audi Wilmington, in Delaware, is evaluating how many people it takes to run the dealership, said General Manager Thomas Mihok. The store is cross-training employees with the aim of maintaining volumes with a lower employee count.

"We no longer have the luxury of hiring people," said Mihok.

Capital Chevrolet of Raleigh in North Carolina split up shifts. In the first 30 days of the crisis, the dealership went to alternating schedules, which hurt sales and service as both departments operated at half of their normal capacity, said General Manager Casey Best.

Costs must be managed on a consistent basis, said Best, who suggests reviewing each employee's tasks every 90 days with department managers.

"It really magnifies that when something like this occurs," he said. "There are a lot of positions that can be combined into one."

Capital Chevrolet also cut advertising significantly. "We were probably spending $140,000 a month advertising, and we probably pulled back to $65,000," Best said. "And our sales business didn't drop off. That's a change that we will certainly monitor."

Of course, cutting staff is tough. Jimmy Macagna, general manager at Audi Nyack in New York, recalled the day he had to let 22 employees go.

"That was the hardest day of my career," Macagna said. The store was able to bring most employees back after an "awful" April.

Some dealers saw maintaining employment as a way to help their communities.

Barnes Crossing Auto Group didn't lay off anyone, Warmath said. "We felt like we had a responsibility to lead by example."

But store managers created ways to keep them on board — whether through handling pickup and delivery of vehicles or by restructuring some positions. The dealership allowed employees to work from home if they did not feel safe in public.

After weathering March and April, many dealerships reported record sales in May and June. Whether it's pent-up demand or sustainable through the rest of the year remains to be seen.

But one thing is clear: The pandemic has taught auto retailers valuable lessons that have made them stronger.