For the second year in a row, Larry H. Miller Hyundai Peoria in Arizona tops the large dealership category.

For employees at Larry H. Miller Hyundai Peoria in Arizona, the first year of the COVID-19 pandemic can be described as a period of survival, as the dealership scurried to put into place storewide protocols to protect staff and customers while keeping the business afloat.

"In March of last year, we panicked," said Rick Trinkl, the store's general manager since 2016.

This year — even as the pandemic persists and a new set of challenges emerge amid a lingering chip shortage that has caused dealer inventories to dwindle — Trinkl says the panic has faded. Instead, the store's 103 employees have adapted to a new normal of health and safety procedures and trust management to support them as retail operations evolve amid the dual crises.

"We're in it together. We talk about it every day," Trinkl said of the pandemic and tight vehicle inventories. "Every time there's a little bump in the road, we're just prepared for the conversation and nobody is panicking anymore." 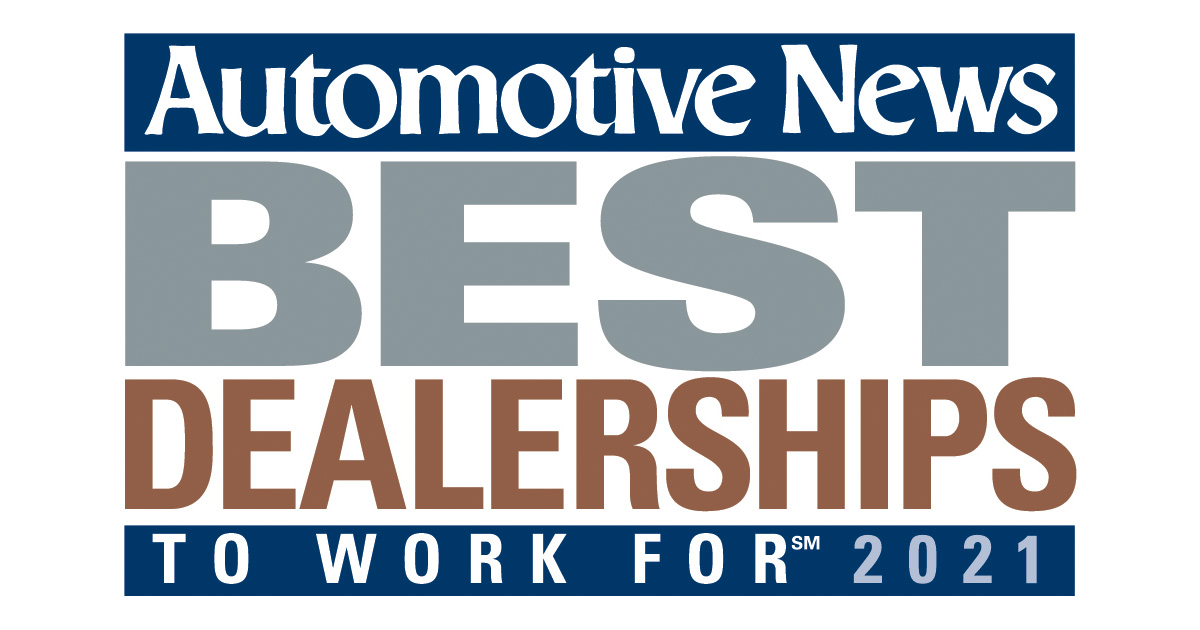 The store, which sold 2,005 new and 874 used vehicles in 2020, is being honored as an Automotive News Best Dealership To Work For — its third consecutive year receiving the award.

Larry H. Miller Hyundai Peoria tops the large dealership category — stores with 100 or more U.S. employees — for the second year in a row. In the overall ranking, it came in at No. 2, the same spot it held last year.

Despite supply disruptions caused by the pandemic-induced chip shortage, Trinkl said the store — the highest-volume Hyundai dealership in Arizona — is likely to have its best year.

"I am on track to sell the most cars and to be the most profitable I've ever been," he said.

Trinkl said he attributes the store's repeat success to a shift in the work culture and daily priorities, which changed dramatically because of the coronavirus and inventory constraints.

"We've completely flipped to, 'How are the people today?' and business has exploded," Trinkl said. "Not that the business isn't important, and not that we don't pay attention to the ABCs of the business … but that's not where we start our day. We start our day with a conversation about the people, and it doesn't start with numbers anymore."

This year, the store also emphasized that training the next generation of its employees needed to be a "critical mission."

"Now we have this incredible tenure and experience and people that are kind of battle-hardened," Trinkl said. "It's been our focus this year to really work on building the next generation of people inside of the organization."

To do so, the store implemented a new junior management development program for salespeople — a majority of whom are 30 and younger — who express interest in growing into a management position.

So far, seven of the store's 31 salespeople have participated in the program. "All of them, ironically, are in that same millennial group, and all of them want my job someday, which I think is a great thing to aspire to," Trinkl said.

On the service side, the store also has been busy promoting and preparing employees for future career opportunities.

Kevin Naylor, fixed operations director, was nominated by Trinkl to participate in Larry H. Miller Dealerships' general manager academy, a corporate program usually for top-performing general sales managers who could potentially become a general manager at one of the group's franchised dealerships.

"As part of the program, I've challenged him to build the entire succession tree underneath him, and that's been an amazing journey as well," Trinkl said. "All of these younger millennials who weren't sure if they were going to be in the car business … are now getting to see the whole picture of what a career would look like."

That includes Ashleigh Ray and Marisa Balderaz, two of the store's top-performing employees who have grown in their careers since being hired in 2017.

For Ray — whose first job at the dealership was in the business development center as an appointment setter — the support of upper management and growth opportunities keep her working six days a week.

"I've never had a boss that will call you at the end of the day and just tell you how grateful he is to have you here and how much you mean to the company, or my GM telling me how proud he is of me," said Ray, who is now an assistant service manager and service writer.

Ray, who worked for one other dealership previously, said she felt like "just another employee there." At Larry H. Miller Hyundai Peoria, she's "part of the family and part of the growth."

"I've never had a company fully want to enrich someone's life and continue to see them grow and promote from within," she said. "I've never felt so secure and so happy at a dealership."

Balderaz, an Internet sales manager and Genesis experience manager, said she feels an "innate loyalty" to the dealership because of the sense of community, positive atmosphere and managers who invest in their employees.

"I'm compensated for the energy I pour into my career," said Balderaz, who started out as a salesperson at the store. "But I also feel super supported and important, and that's obviously something you wouldn't trade for any pay plan."

Sales reps are noncommissioned and are paid based on performance and meeting customer satisfaction goals — an approach that continues to work well for the store, especially during the inventory shortage.

The store allows customers to reserve its inbound inventory, Trinkl said, and 90 percent of the vehicles that arrive to the dealership now are pre-sold.

"We never felt like, 'Oh, if you're not selling cars, you're not valuable to us,' " said Balderaz. "They always made sure that we were appreciated."

Despite the challenges of the past year, Trinkl said the ultimate goal remains the same: Make sure every employee is living a better life because they're part of the organization.

"It's an exponential growth," he said. "Investing time in a person will grow them and the people around them. … It's really remarkable to watch what can happen if you really make that the centerpiece of what your day looks like."