LAS VEGAS -- Mercedes-Benz laid out its vision to transition from automaker to purveyor of mobile experiences at a glitzy keynote address at the Park MGM late Monday night.

The German luxury automaker unveiled a suite of technologies and a next-gen interior through a concept vehicle inspired by Hollywood blockbuster movie "Avatar." Daimler CEO Ola Källenius and Oscar-winning filmmaker James Cameron appeared on stage with the VISION AVTR concept.

The vehicle, which draws design inspiration from the creatures of the fictional world of Pandora, is a peek into the distant future -- where the car isn’t a box on wheels, rather an extension of the office suite, or living room.

The concept’s pod-shaped interior cocoons its occupants in an immersive experience, where the driving is relegated to the computer and the drive is a sensory overload of virtual reality and scenes of Pandora.

Instead of a conventional steering wheel, a palm-size device in the center console serves as a control mechanism, helping to steer the vehicle and to control the curved dashboard display.

The VISION AVTR demonstrates new ways to interact with the vehicle. For instance, occupants can manipulate images on the dashboard display with the flick of their hand, or control vehicle functions via a menu selection projected onto the palm of their hand.

Thirty-three multi-directionally movable surface elements on the back of the vehicle serve as bionic flaps and are reminiscent of scales of reptiles.

The VISION AVTR’s front and rear axles can be driven in the same or opposite directions, allowing the vehicle to move sideways by about 30 degrees.

The VISION AVTR concept is also a template for sustainability, with eco-friendly interior materials and a new battery technology that is free of rare earths and metals, such as lithium, nickel and cobalt.

The concept is powered by a battery that uses highly concentrated seawater and graphene procured from agricultural waste, such as composted bananas and coconuts.

“It’s carbon dioxide neutral,” Andreas Hintennach, Mercedes’ senior manager of battery research, told Automotive News on the sidelines of a press event here. “If we compost it, it goes where it comes from.” 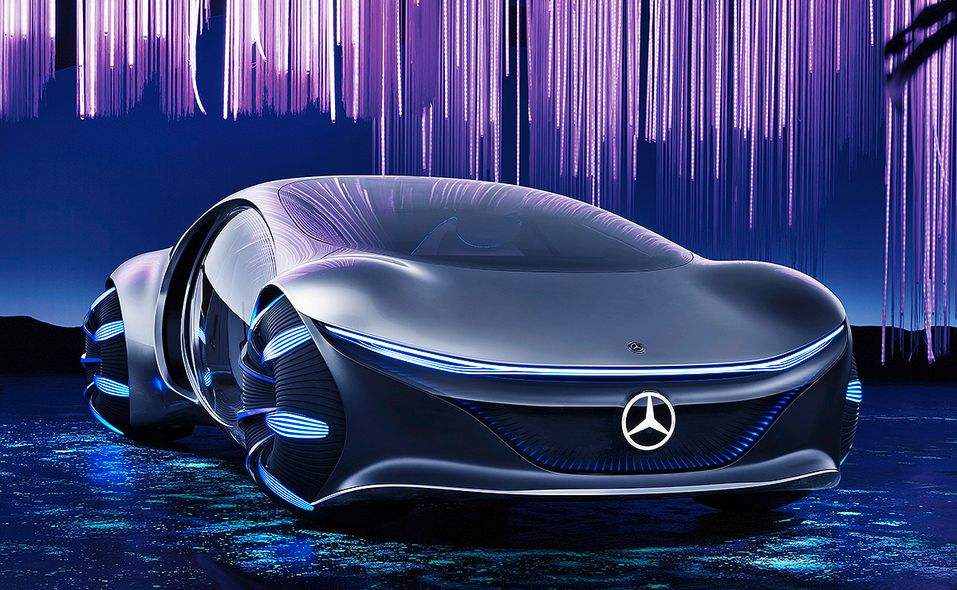 The Mercedes-Benz VISION AVTR concept features a suite of technologies and a next-gen interior inspired by the blockbuster movie "Avatar."  Mercedes says the vehicle draws design inspiration from the creatures of the fictional world of Pandora. Mercedes designers say they envision an interior that is an extension of the office suite or living room. For example, instead of a conventional steering wheel, a palm-size device in the center console serves as a control mechanism, helping to steer the vehicle and control the curved dashboard display. 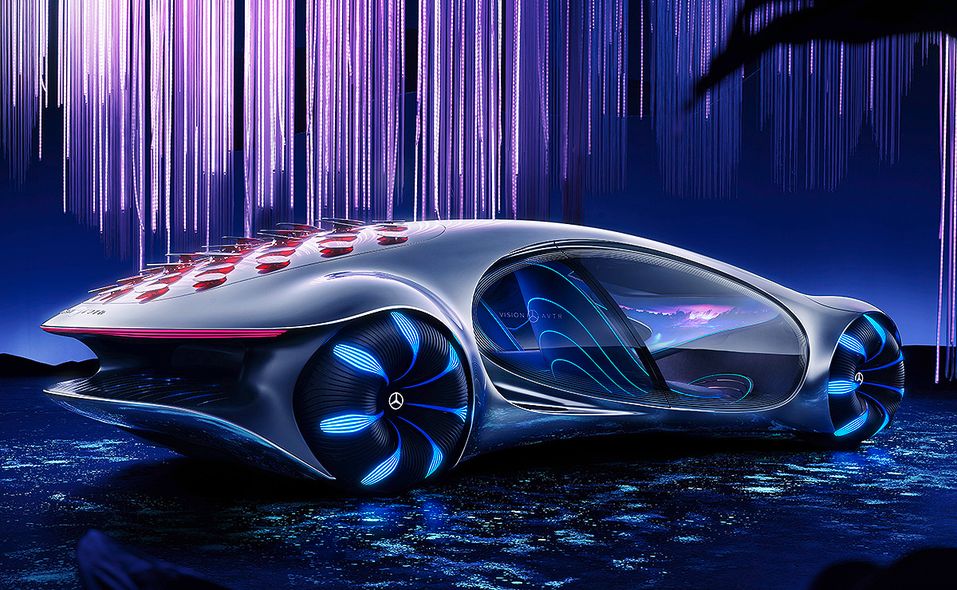 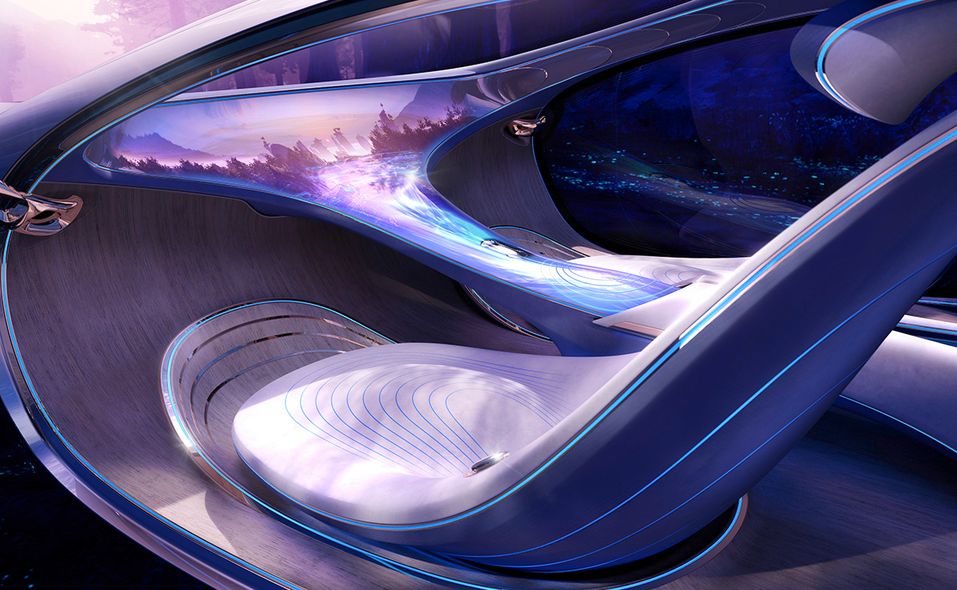 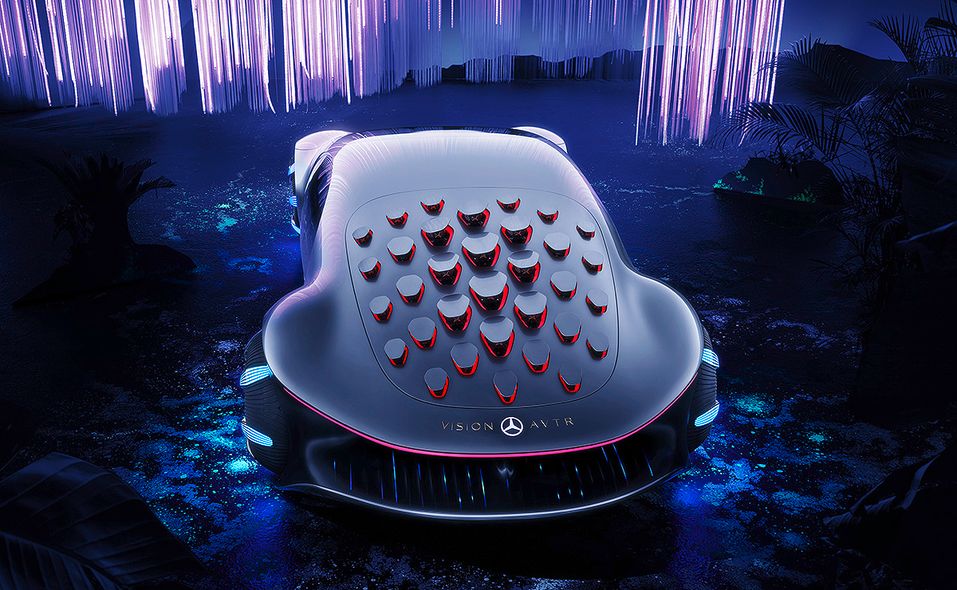 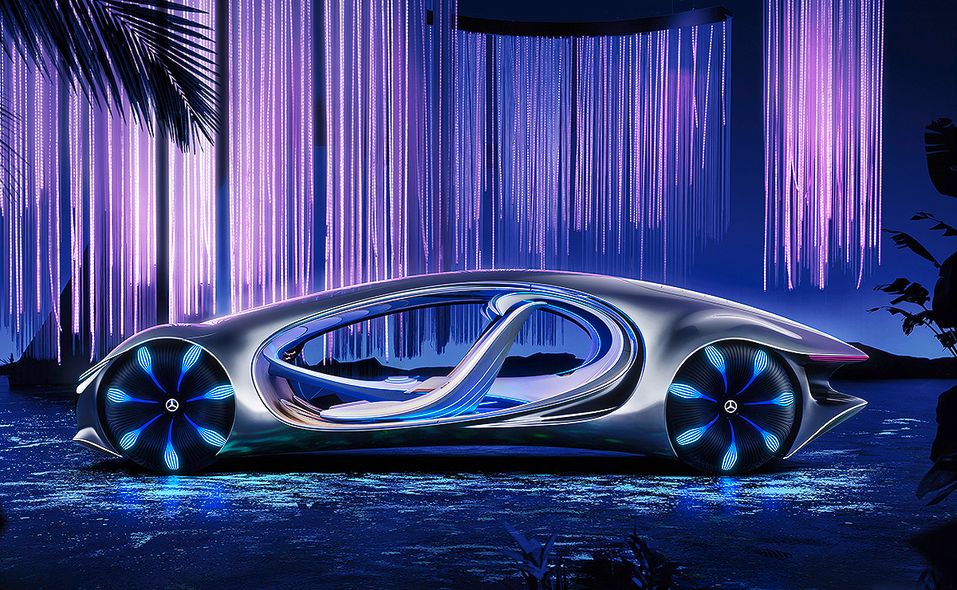 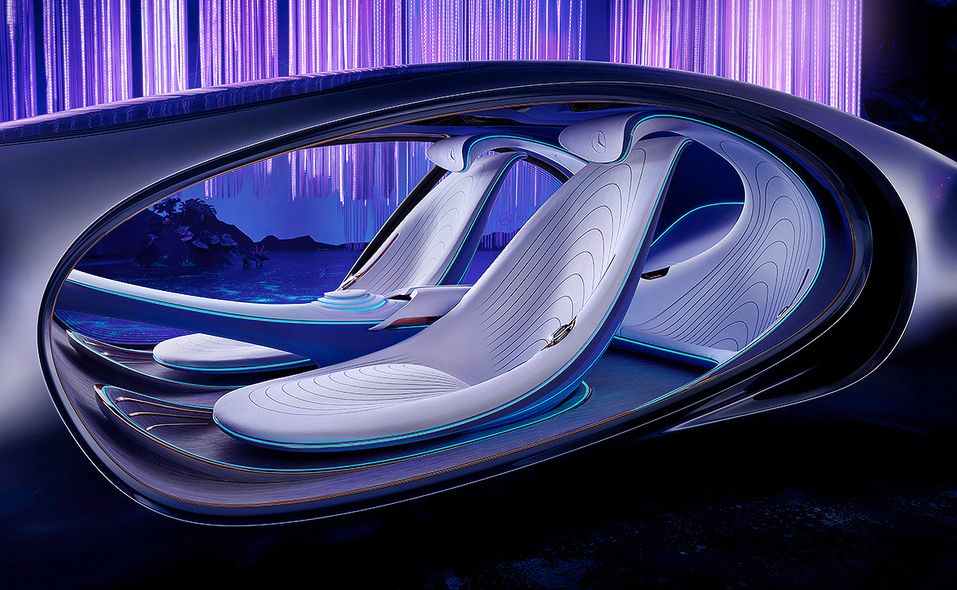 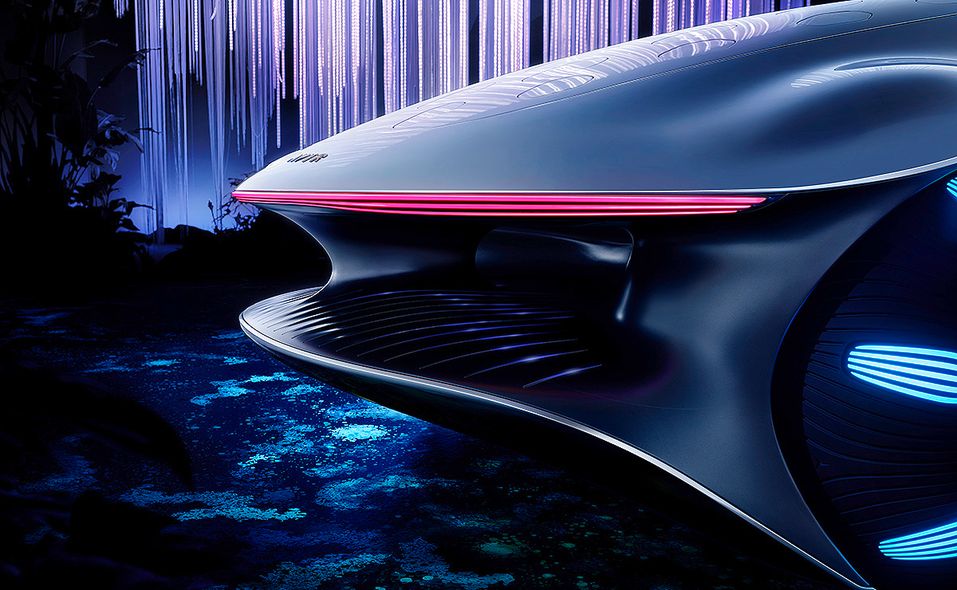 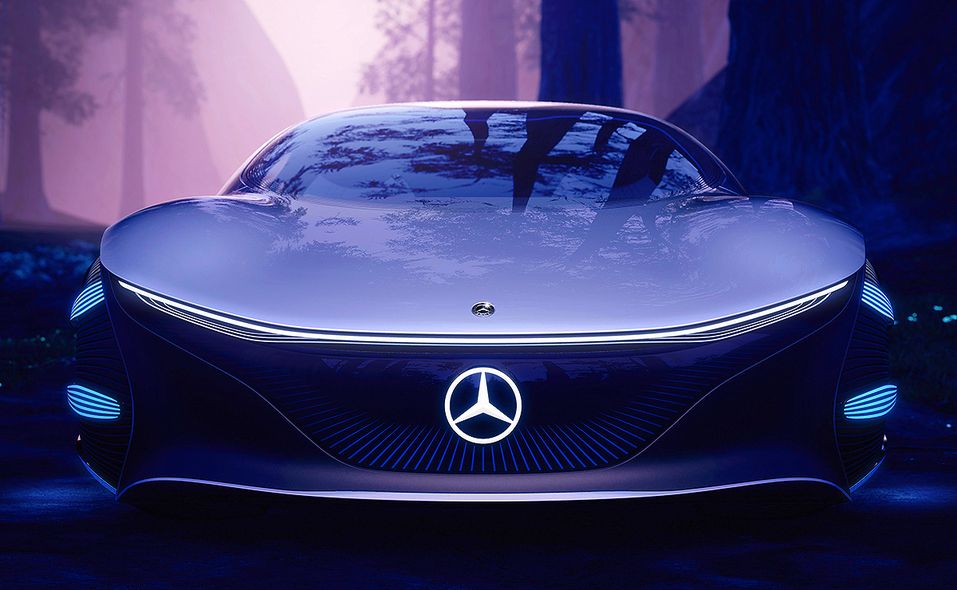 Eliminating the need for rare earths and metals “significantly reduces” cost of the battery and avoids the complications of sourcing the limited raw materials, Hintennach said.

The 110 kWh battery is capable of delivering 435 miles of driving range, Mercedes said.

The battery technology, currently in lab testing, is about 10 to 15 years away, Hintennach said.